When I popped by the exhibition of the parents of one of Aracari’s specialist guides in Lima yesterday evening, I was delighted to find a cornucopia of vibrant paintings, elegant sculptures and a treasure trove of detailed sketches, drawings, watercolours and prints. The exhibition, currently being shown at the ICPNA, documents the life and work of Peruvian sculptor Isabel Benavides and her husband, American painter John H. Davis. It is a celebration of their invaluable efforts in promoting traditional, popular and modern art in Peru, supporting young artists in the country and diffusing the work of Peruvian artists overseas.

The story of this couple is as enthralling as the work on display. After having met at school in the States they moved to Peru, where in 1954 they set up the Art Center in Miraflores. As was common in the USA at the time, but still relatively unheard of in Peru, they offered classes and workshops in contemporary art in various medium, while also giving artists a space to exhibit their work and to discuss ideas through conferences. By 1962 it had become an institution dedicated to “increasing the artistic knowledge and skills of children, young people and adults and to investigate and disseminate popular art.”

Due to their indefatigable efforts in teaching and  promoting Peruvian artwork as well as various activities being developed at the Art Center between 1954 and 1973, the couple found little time to promote their own work.  This current exhibition aims to redress that, and it is indeed the first time that their own work has been exhibited together, John Davis only having exhibited once previously in Lima. 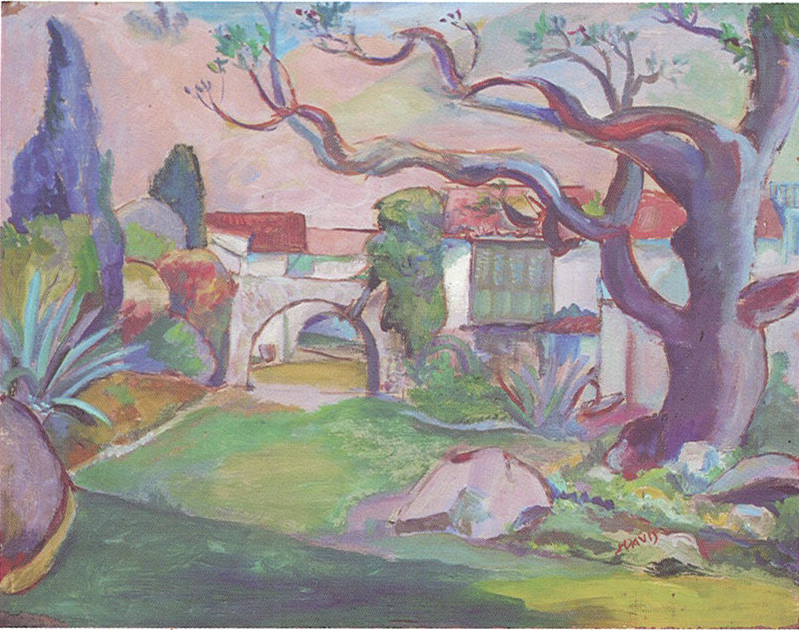 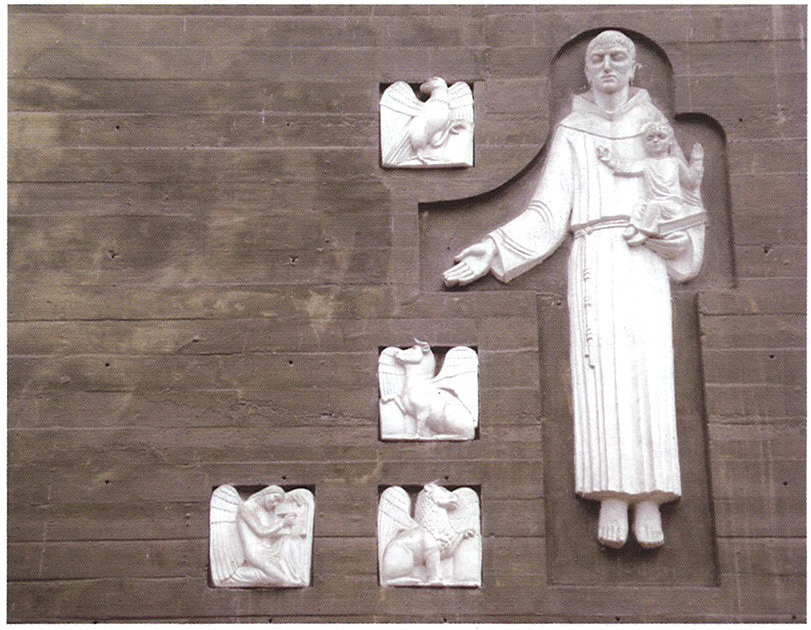 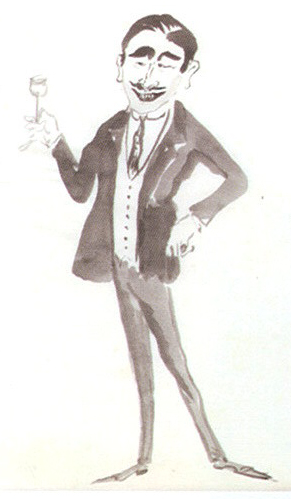 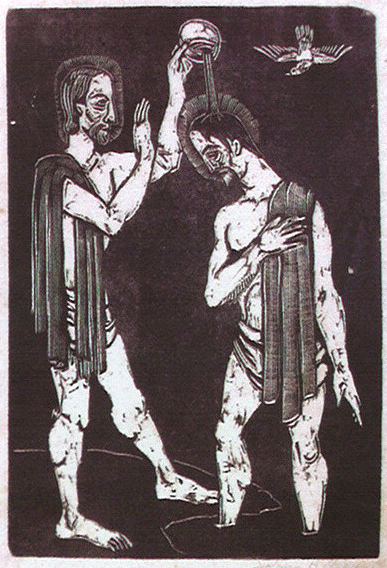 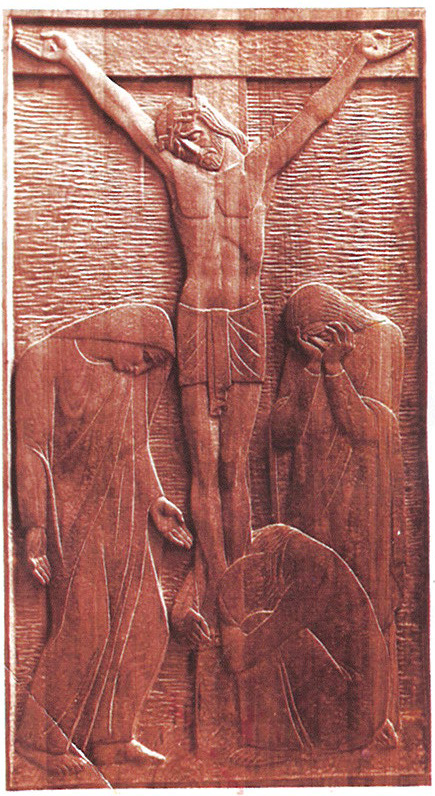 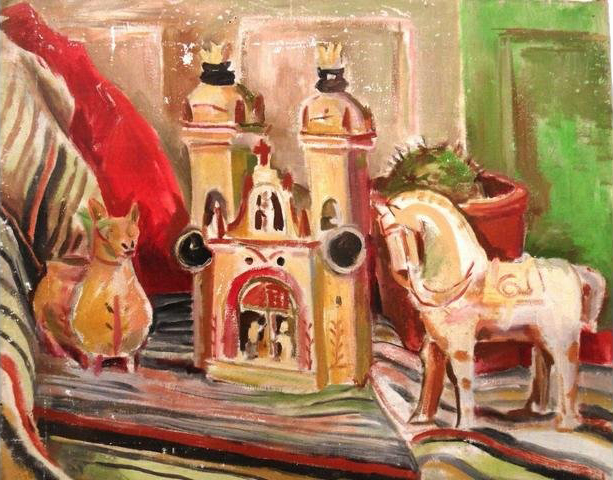 The work on display is a delight. As well as a series of colourful paintings of Ayacucho, watercolours and prints, I was particularly captivated by John Davis’ sketches. A master of the line, hundreds of his drawings are on display at the exhibition including a series of his original Sketchbooks. His brilliant and imaginative drawings cover a range of different topics including intricate sketches of fantasticly complex labyrinths and humorous political cartoons, a series of which is entitled “Burrocracia” (a play on words in Spanish – Burro meaning donkey). The sculpture of Isabel Benavides, meanwhile, is quite magnificent, with various immaculate and delicate religious woodcarvings, bronze and ceramic statues.

The show runs until the 21st of April at the Galería Germán Krüger Espantoso at the ICPNA, on the crossover between Av. Arequipa and Av. Angamos Oeste in Miraflores. Opening hours are from 11am to 8pm from Tuesday to Sunday and admission is free.  If you’re on an Aracari tour with the artists’ son (you’ll recognise his surname), be sure to ask him about it!

A Trip to Istanbul, Turkey It was with great anticipation (and little preparation) that I boarded my Turkish Airlines flight to Istanbul last  week. Such little preparation that...
Lima through our guests’ eyes During a visit to Peru,  Rajo Laurel blogged about his last day in Lima Rajo's Blog Enjoy!
Peru Rocks the Runway: Lima Fashion Week 2013 Kicks Off Peru’s premiere fashion event kicks off this week with Lima Fashion Week (LIF Week) taking place at the Jockey Club between April 8th and 12th.  Setti...
Peruvian Artist Puchi Noriega Debuts Sculptures in Lima Last Thursday evening the Centro Colich in Barranco, Lima was abuzz with people milling through the gallery to see the works of artist Puchi Noriega, ...
Autor II – a nod of nostalgia to Lima’s past Blog post update in 2016: Autor Estancia has been renamed Autor II, and is the sister property to Autor I,also located in Miraflores.  The best luxur...
Perfect night in Lima Last night I had the challenge of providing a seamless night for a friend, who just so happens to be an Aracari client. Finding the right place to go ...
Previous postTucked Away in the Vines: Las Viñas Queirolo Hotel in Ica
Next postPeru Rocks the Runway: Lima Fashion Week 2013 Kicks Off