*Photo credits to RPP Noticias for images of the Danzaq and Saqra dancers featured above.

From now through September some of the most fascinating and unique festivals will be celebrated throughout Peru including the upcoming Pentecostal celebrations this weekend followed by Qoyllur Riti, Corpus Christi and Inti Raymi in the coming weeks.

The city of Ollantaytambo in the Urubamba Valley will celebrate the vibrant Festival of the Señor de Choquekillka in honor of their patron saint and Pentecost beginning this Saturday June 7th through Tuesday June 10th. Ollantaytambo is located about 80 kilometers from the city of Cusco and is known for its impressive Inca fortress, original Inca streets and architecture and the train station that services travellers to Machu Picchu.

The festival, proclaimed Cultural Patrimony of the Nation in 2008, is a spectacular example of syncretism between the Catholic and Inca religious traditions and beliefs, combining dances, food and rituals of the region with the observation of Pentecost, which marks the end of the Easter season in the Catholic Church. During the festival, a cross bearing the image of the Señor de Choquekillka is taken out of the church in the main plaza and carried through the streets to the Temple of Santiago the Apostle in a colorful procession accompanied by musicians. This procession happens various times over the course of the festival.

During four days the town is abuzz with festivities that include dancing, singing, religious processions and masses, bull fights and fireworks as sponsors of the festival offer the community an abundance of traditional and local dishes. There are more than 16 unique dances performed by around 400 dancers, all dressed in brilliant costumes, each symbolic of a moment or aspect of the history of the region and Peru.

There are several dances with origins in Ollantaytambo. The K’achampa is a dance that is performed when the cross of Choquekillka first appears during which the male dancers, called K’achampas, are considered “the feet” of the Señor de Choquekillka. This is complemented by the Danza Mestiza Qoyacha that represents the women of the Sierra. Danza Auqa Chilenos is a dance in which the performers symbolize the soldiers during the War of the Pacific fought between Peru and Chile in 1879. The female counterparts to the Auga Chilenos are the Ch´unchachas, who don brightly colored crowns, feather headdresses, capes bearing the image of the Señor de Choquekillka on the front, a dress and a mask. Other dances include the Danza Qhapaq Negro that represents the joy of the freed slaves of the colonial and republican periods in Peru and the Danza Saqra that evokes evil spirits. 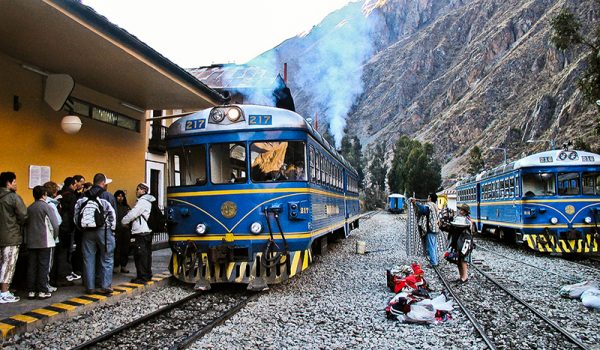 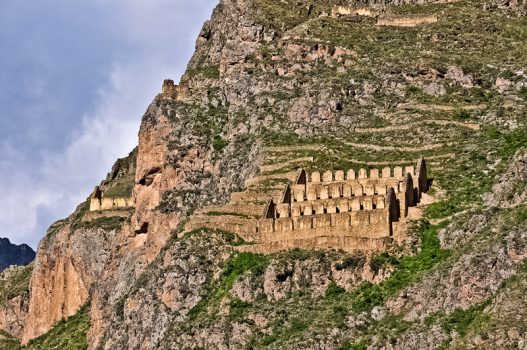 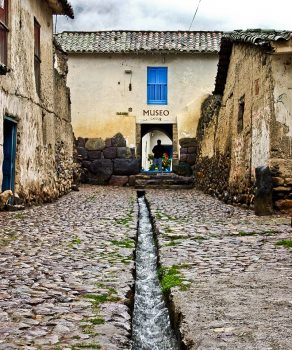 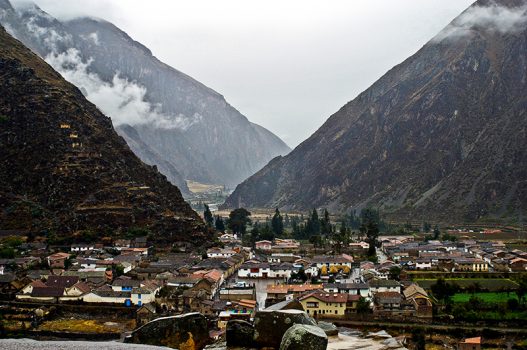 The festival begins on Saturday afternoon as the dancers parade through the main plaza on their way to the house of the sponsor, who provides them with food and drink. There is a procession in the evening when they take the cross of the Señor de Choquekillka out of the church in the main plaza and bring it to the Temple of Santiago, just before the entrance to the archaeological complex. This procession is followed by more festivities and fireworks at night. The nights generally involve more debauchery as the townspeople and dancers unwind after a long day of events and activities.

The most important day of the festival is Sunday, the day of Pentecost, which begins early with dancing and processions before the mass, followed by more dancing in the afternoon. Most of the action happens in the main plaza, and it is recommended that if you want to watch the dances, that you arrive early to get a seat and bring a hat, sunblock and water as the sun is strong during the day. There is abundant food and traditional Andean staples like the large-grain corn called choclo, the local cheese, queso fresco and of course, potatoes, as well as dishes that incorporate cuy, or guinea pig, popular in the Sierra. Later in the afternoon there is a bull run near the main plaza, and in the evening more dance and festivities.

On Monday the dancing and processions continue throughout Ollantaytambo as the dancers parade from house to house, where they receive refreshments and food from local sponsors of the festival, and on Tuesday the festival comes to a close with a final procession.

This festival is one we highly recommend to anyone who is travelling in the area and can take the time to stop in Ollantaytambo to experience this authentic and fascinating celebration that truly captures the mix of beliefs and cultures in the Andes of Peru. For information about other festivals, check our festival calendar, or contact us to arrange a visit during one of the celebrations!

Mistura festival 2013 Mistura festival 2013 Mistura is Peru's largest gastronomy fair, with restaurants setting up stalls to showcase their speciality dishes and producers...
Candelaria Festival in Puno Pays Homage to the Virgin of Candlemas The month of February is filled annually with festivities and carnivals in many corners of the world; Peru is no exception. The first two weeks of Feb...
Qoyllur Rit’i   Peru is famous for its rich culture and colorful festivals, Qoyllur Rit'i festival is an impressive high-altitude pilgrimage in the Cusco re...
Festival Season in Peru June through September marks festival season in Peru, an especially vibrant time in which you’ll find large-scale festivities and celebrations in citi...
Señor de los Temblores Procession in Cusco In a country with a depth and complexity of history as Peru, ancient and deep-rooted religious beliefs vie with the official national religion of Cath...
The Festival of Cusco Festivals: Corpus Christi Corpus Christi Festival in Cusco  The Corpus Christi Festival is Cusco's most important religious procession. The oldest religious festival in the Am...
Tags: festivals in peru
Previous postA Trip to Istanbul, Turkey
Next postThe Latest from Kusi Kawsay School in the Urubamba Valley