It’s African-Peruvian Culture day! June 4th was chosen in 2006 to celebrate this unique aspect of Peruvian culture due to it being the birthday of late African-Peruvian icon Nicomedas Santa Cruz. A popular musician, Santa Cruz helped to raise recognition for the distinct and vibrant aspects of African culture in Peru in the late 1950’s and early 60’s. He is pictured below (source: wikipedia)

People from Africa first came to Peru in the 16th century along with the Spanish conquistadors. Initially acting as personal servants and bodyguards to Spanish soldiers, right at the outset of the conquest, they were eventually trafficked in laarge numbers to replace indigenous slaves, the populations of which had been decimated by disease as well as overworking. Today as many as 17% of Peruvians are of African descent, most of whom live around the capital of Lima. There is a particular concentration of African-Peruvians around the areas of Cañete and Chincha on the coast to the south of Lima, a region that was originally requisitioned for labour-intensive cotton plantations. 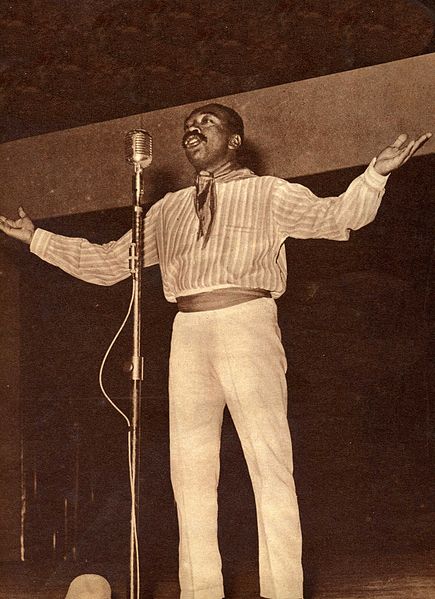 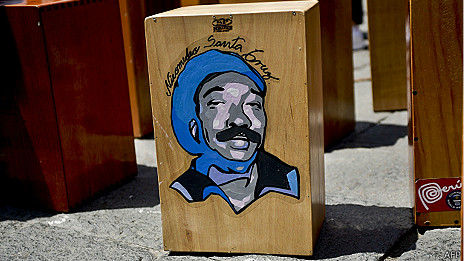 As well as having a strong influence upon Peruvian arts, dance, science, religion and food (try anticuchos, Picarones or the delicious Tacu-Tacu, for example), perhaps the most striking aspect of African-Peruvian culture is its beautiful, sensual music and dance, an important aspect of Musica Criolla.  Originating from the traditions of slave communities, Musica Criolla developed to incorporate Spanish and Andean traditions. This somber music genre, remnant of similar styles in the Carribean, is characterised by the striking rhythm of percussion instruments such as the cajón (a box shaped drum struck with the palm of the hand between the knees) and the quijada de burro (a donkeys jawbone, rattled together in the palm of the hand) combined with rich Spanish guitar styles.

The strong African influence on Musica Criolla gained little recognition until it was made popular in the late 50’s by Nicomedas Santa Cruz, and the tradition was carried on by the likes of the Perú Negro group in the 70’s and more recently Susana Baca. Other notable African-Peruvians include the chef and «mother of Peruvian Cuisine» Teresa Izquerdo as well as Peru’s all time top goalscorer Teófilo Cubillas.

The great pride in African Peruvian culture, held by most all Peruvians , is thus recognised on Santa Cruz’s birthday, and for the first time in 2013 festivities will extend throughout the entire month – from June 2nd to 26th. If you’re in Lima be sure to go to a Peña on a Thursday night to absorb a rousing recital of Musica Criolla… we know we will be!

A gift guide to Peru: what to buy where After traveling to Peru with Aracari, many of our guests often return home with precious keepsakes – handmade mementos of a special adventure to treas...
New York Times: Yale Officials Agree to Return Peruvian Artifacts New York Times September 17, 2007     Yale Officials Agree to Return Peruvian Artifacts By RANDY KENNEDY After a long standoff with...
Discover the Best Restaurants in Lima Best Restaurant in Latin America: Maido  Not only one of the best restaurants in Lima, Peruvian-Japanese fusion restaurant Maido triumphed on the cul...
4 days / 3 nights on the Delfin I Luxury Amazon River Cruise Your Luxury amazon cruise By Marisol | This 4-day, 3-night journey on the Delfin I has vastly exceeded my expectations. I had travelled on the Delfin...
Peru Travel Report: Visit to Chuquibamba community When organising visits to local communities in Peru, it is essential for us that we ensure the visit is authentic, tasteful and, above all, representa...
According to some, missing out on Machu Picchu might just be a good th... Yahoo travel published an article last week labeling Machu Picchu one of the 5 most overrated tourist destinations in the world. Coincidentally, th...
Previous postUnraveling Inca mysteries with renowned explorer Peter Frost
Next postFiring up the Best Pizza Around: Spizza Lima Restaurant Review