2014 Biennial of Photography in Lima

Photos are big part of our work here at Aracari; it’s difficult to promote travel in Peru and Bolivia without stunning visuals. Not only do we often find ourselves sifting through oodles of photos of Machu Picchu, the Salar de Uyuni or Lake Titicaca to find that perfect shot to inspire the imagination, we’re constantly honing our own photography skills in a bid to convey the experiences that Aracari offers those who travel with us.

Living and breathing photos, we were naturally all very excited about the Lima Bienal 2014. The second edition of this biannual event brings together a range of photographers and curators from Peru, Latin America and further afield in a series of exhibitions held in galleries and cultural centres throughout Peru’s capital. The exhibitions kicked off in early April and will run until August, covering a variety of themes and subjects. The aim is to “highlight the histories of photography that stand out in 21st-century culture. The curatorial proposition seeks to organize this view of photography according to the dynamics of transformation, transition and expression.”

We cherry picked our three favourite exhibitions from this year’s event, of which you can find details below. You can find full details of exhibitions on the Lima Photo Biennial website. 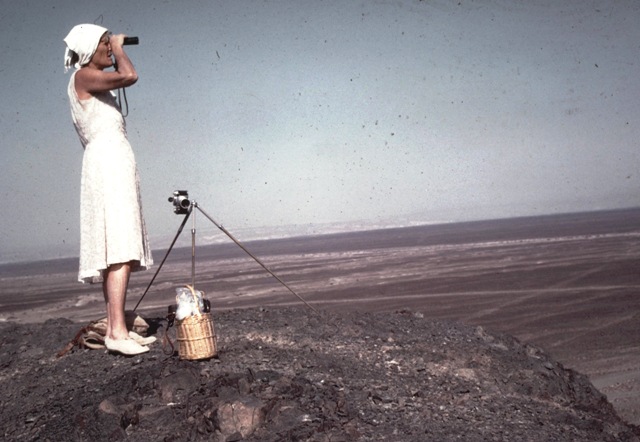 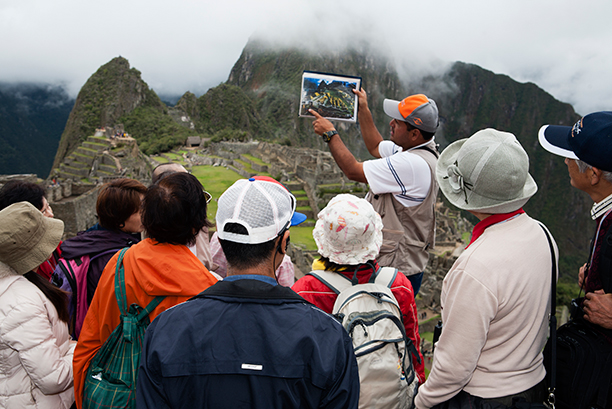 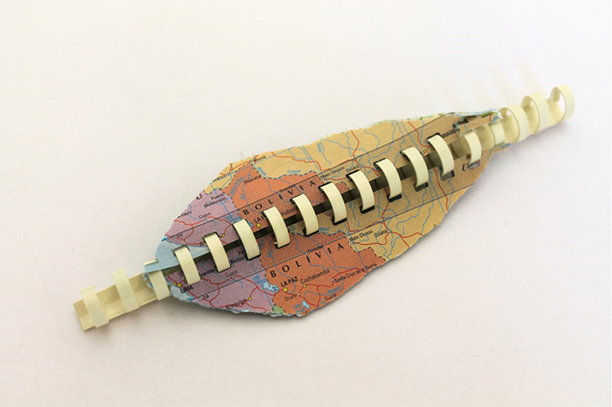 This fascinating exhibition brings together photos and personal possessions of Maria Reiche, the German archaeologist famed for her work in conserving the Nazca Lines. The photos by Yann Arthus-Bertrand reveal Reiche’s pioneering work in protecting the archaeology of Peru’s southern desert, with a number of shots displaying the vast landscapes of this region.  The exhibition was inaugurated on May 15th which would have been Maria Reiche’s 111th birthday. It marks 70 years of conservation of the lines, work that is still undertaken by the Asociacion Maria Reiche, which is headed by our friend Ana Maria Cogorno.

British photographer Martin Parr has a humorous collection of beach photography, entitled “Life’s a Beach”, on display at the Centro Cultural Británico in Miraflores. Taken at various beachscapes from around the world, his photos capture people sunbathing, frolicking and generally relaxing, in a manner that is revealing of people’s thoughts and emotions while undertaking this popular vacation pastime. In addition, Parr has a series of photos that capture the issue of overcrowding at Machu Picchu (a topic that Aracari founder Marisol Mosquera recently discussed at a lecture in London).

This exhibition brings together the personal visions of a group of artists about migration and immigration, focusing on the experiences of Spanish migrants in Peru. As well as exploring the concepts of nationality and what it means to be a migrant, the exhibition aims to open a dialogue between Spanish and Peruvian artists. We’re shamelessly plugging it because it includes a series from one of our collaborators Pedro Chincoa … see some of his photos for Aracari on the following blogs:

The Cordillera Blanca Santa Cruz trek Peru adventure travel opportunities are almost limitless. The Cordillera Blanca is one of the most specatacular mountain locations in the world, with ...
Our Favorite South American Adventure Road Trips After a year of such stasis, we are predicting that slow travel is set to make a return to bucket list adventures. Continental and domestic flights sw...
Luxury Amazon Cruises & Lodges Huge swathes of rainforest cover almost two-thirds of Peru. The Amazon Rainforest is the world's largest tropical rainforest and can be visited either...
A Trip Across Bolivia with Aracari A Trip Across Bolivia with Aracari Journalist Lauren Holmes shares her personal experience travelling through Bolivia with Aracari as part of her res...
An Insider Art Experience at Casa Jaime Liébana For art aficionados visiting Lima, Aracari’s special-access visit to the workshops and home of Lima’s renowned family of artists, the Liébanas, is an ...
Catch the wave: Surfing in Chicama Some say she's more popular than the President, and she's certainly made a splash on the world stage, but world surfing champion Sofia Mulanovich is h...
Previous postMiraflores Park Hotel in Lima Reopens after Renovations
Next postLima City Tour with Art & History Specialist John Alfredo Benavides