The Northern Circuit: Tying together destinations in northern Peru 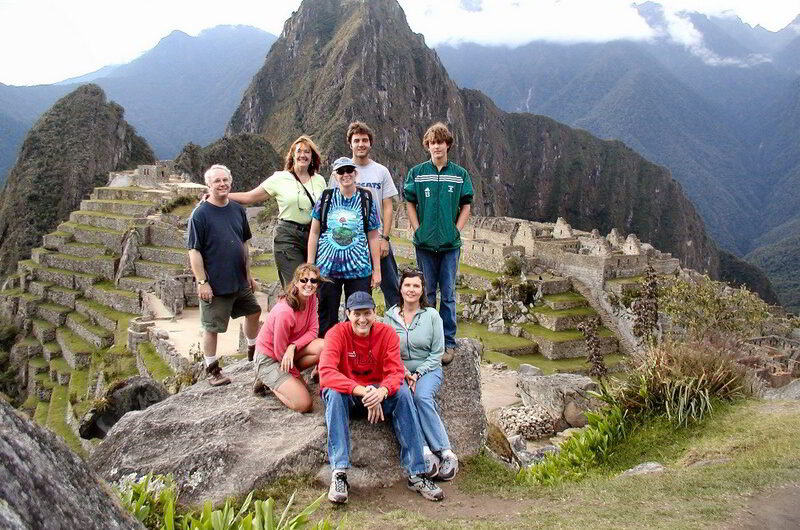 With such destinations as Cusco, Machu Picchu, Lake Titicaca and the Nasca lines, a well-established tourist circuit has been etched for those wanting to visit the popular destinations in southern Peru. But to the north of Peru, too, it is possible to combine an abundance of places of interest into one itinerary: pre-Inca ruins; native and endemic wildlife; stretching beaches of golden sand; and some quite breathtaking scenery are just some of the enticing sights that await those who travel here. In fact, Aracari is confident that the Peru northern circuit is on the verge of becoming as popular a route for travellers as its southern counterpart.

Beginning in Lima, travellers can first head towards the mountains of the Cordillera Blanca and Huayhuash ranges. A short flight to the town of Huaraz gives access to some stunning trekking ground, outdoor activities and two comfortable mountain lodges, the Lazy Dog Inn and Llanganuco lodge. The Santa Cruz to Llanganuco route is a popular option with remarkable mountain scenery while the trek to the Chavin de Huantar, a hugely important archaeological complex dating back as far as 1200 BC, is another favourite.

Following Huaraz, the archaeological marvels that can be visited around the coastal towns of Trujillo and Chiclayo rank amongst the most significant in the world and are unmissable on a trip north. This was one of the six original centres of civilisation; for thousands of years cultures here have developed sophisticated forms of art, ceramics, architecture and metallurgy, and the area is thus packed full of delights for those with any interest in pre-Columbian history and archaeology. For accommodation, both Trujillo and Chiclayo have many top-end hotels while other options such as private visits to estates and Haciendas will entice visitors here.

Trujillo is an exciting and adventurous overland trip from Huaraz, through the Cañon del Pato, a route carved into the mountains with otherworldly scenery. As well as having some colourlful colonial architecture, Trujillo is the centre of a concentration of ruins; the impressive Huaca de la Luna (pictured below) is a 1000 year old pyramid built by the Moche culture that has been meticulously restored to reveal the true brilliance of the murals on the interior, and the city of Chan Chan (3rd picture below), the previous capital of the Chimu empire, is built entirely from Adobe. Other sites such as Huaca el Brujo are also well worth a visit, and there is also an excellent modern art gallery in Trujillo. 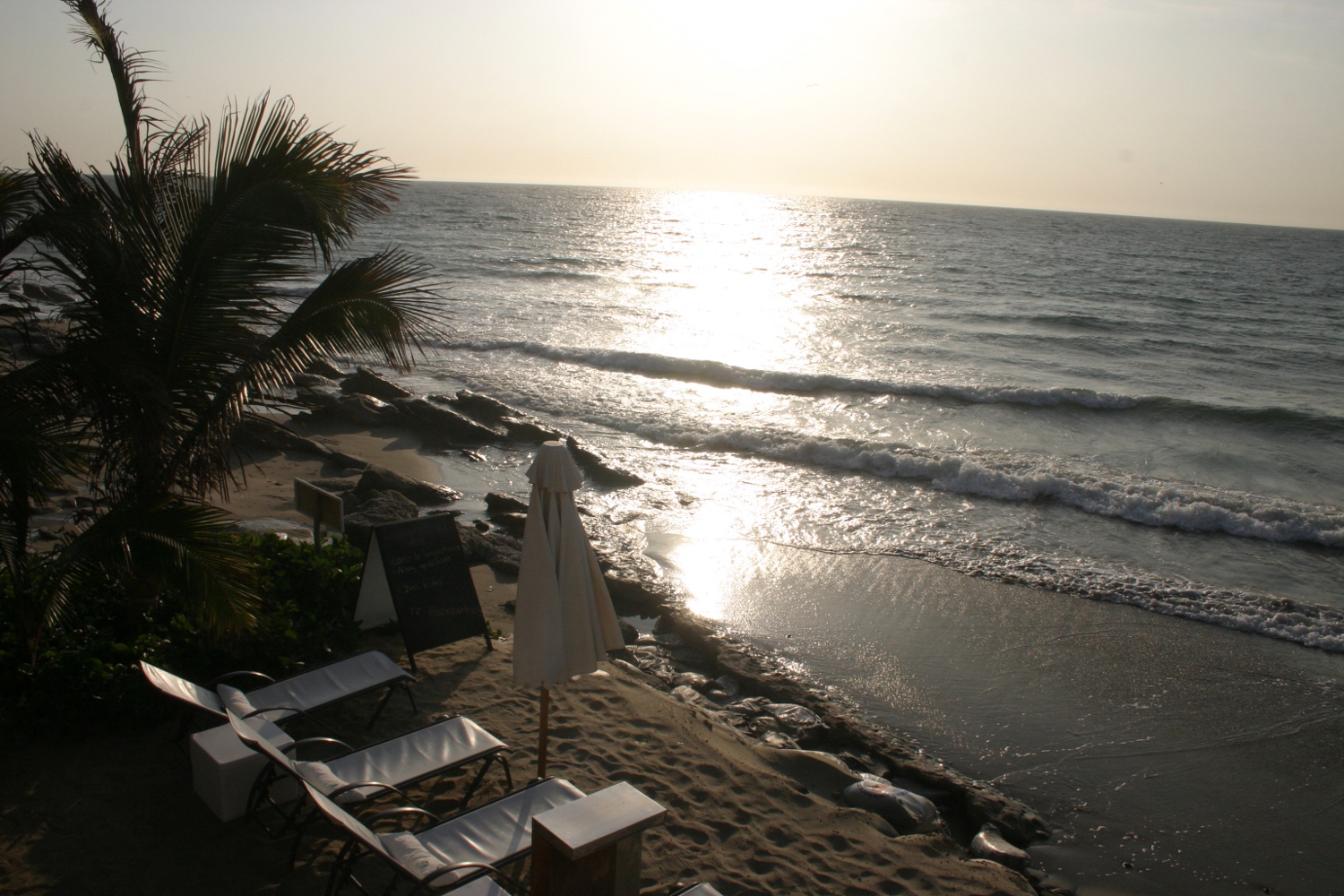 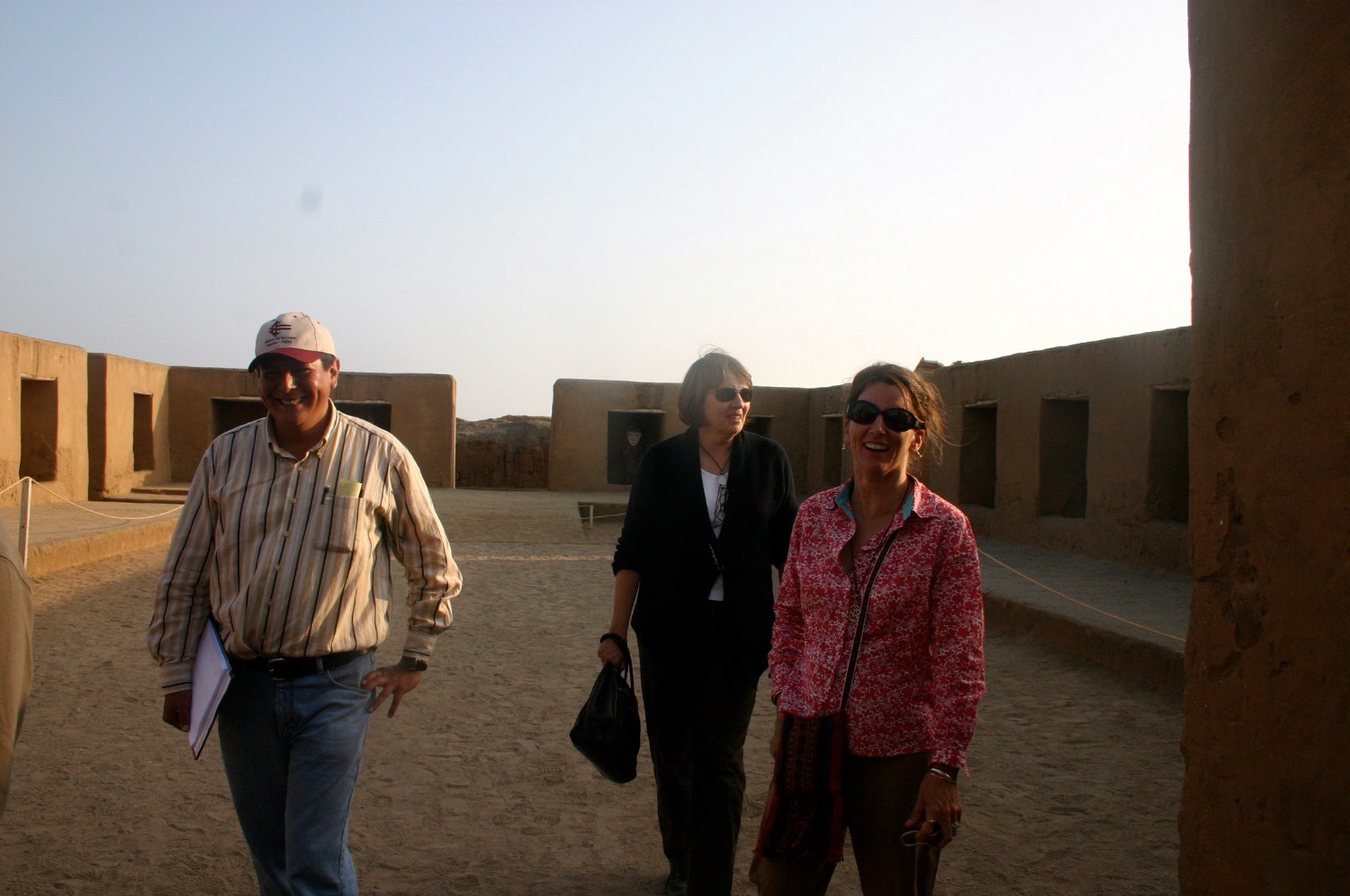 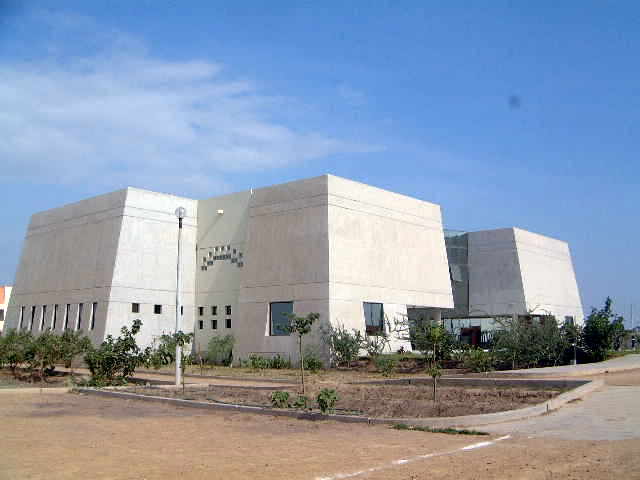 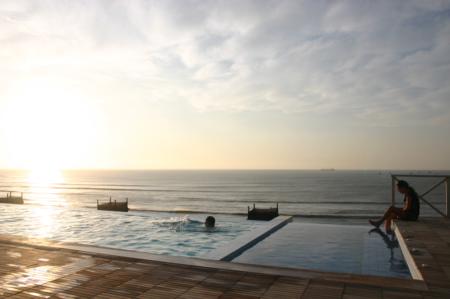 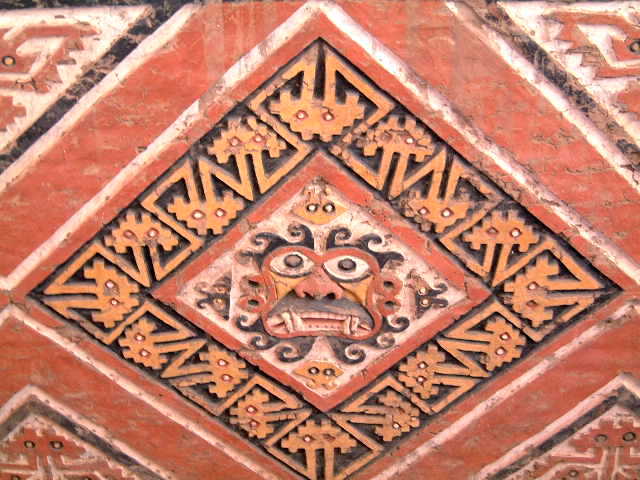 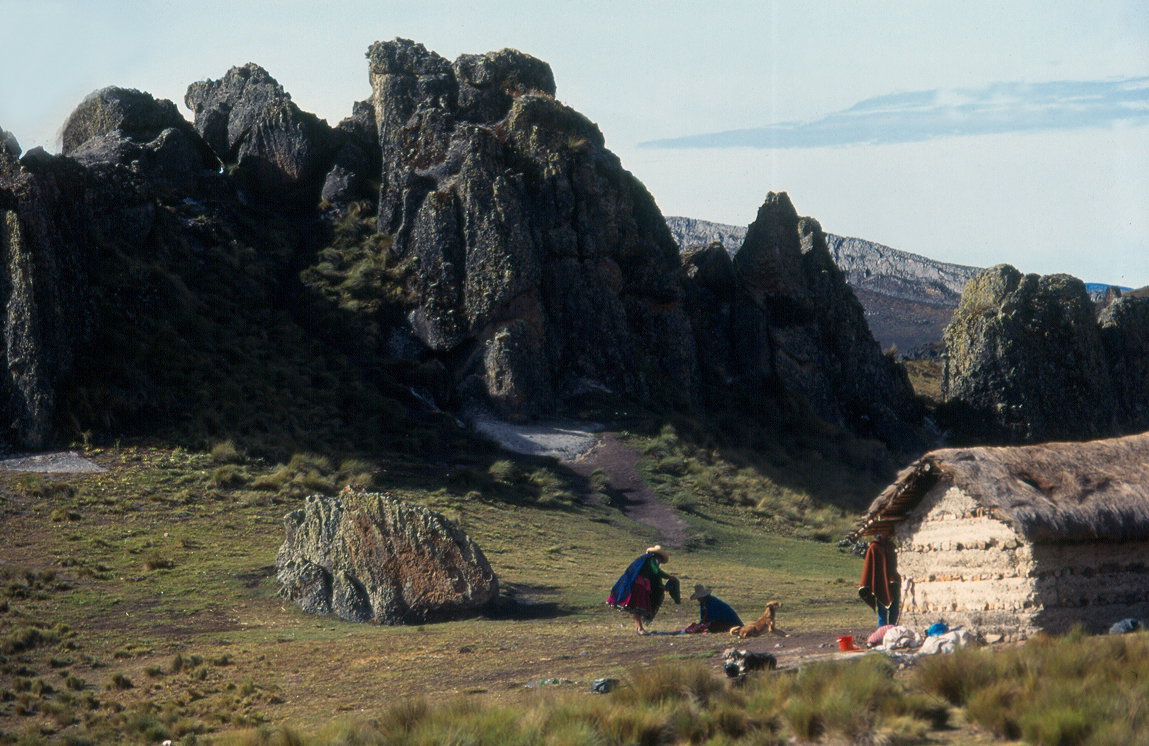 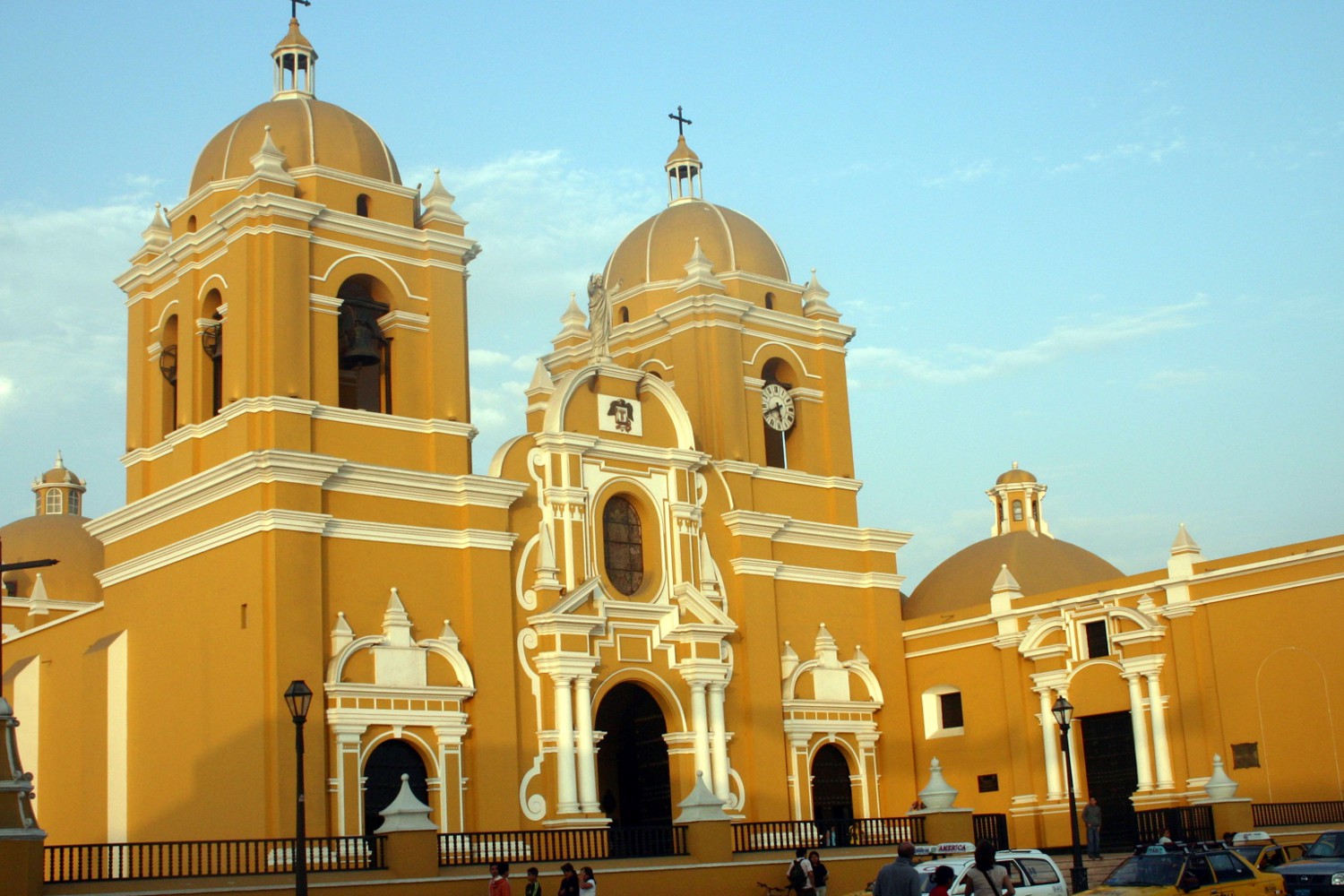 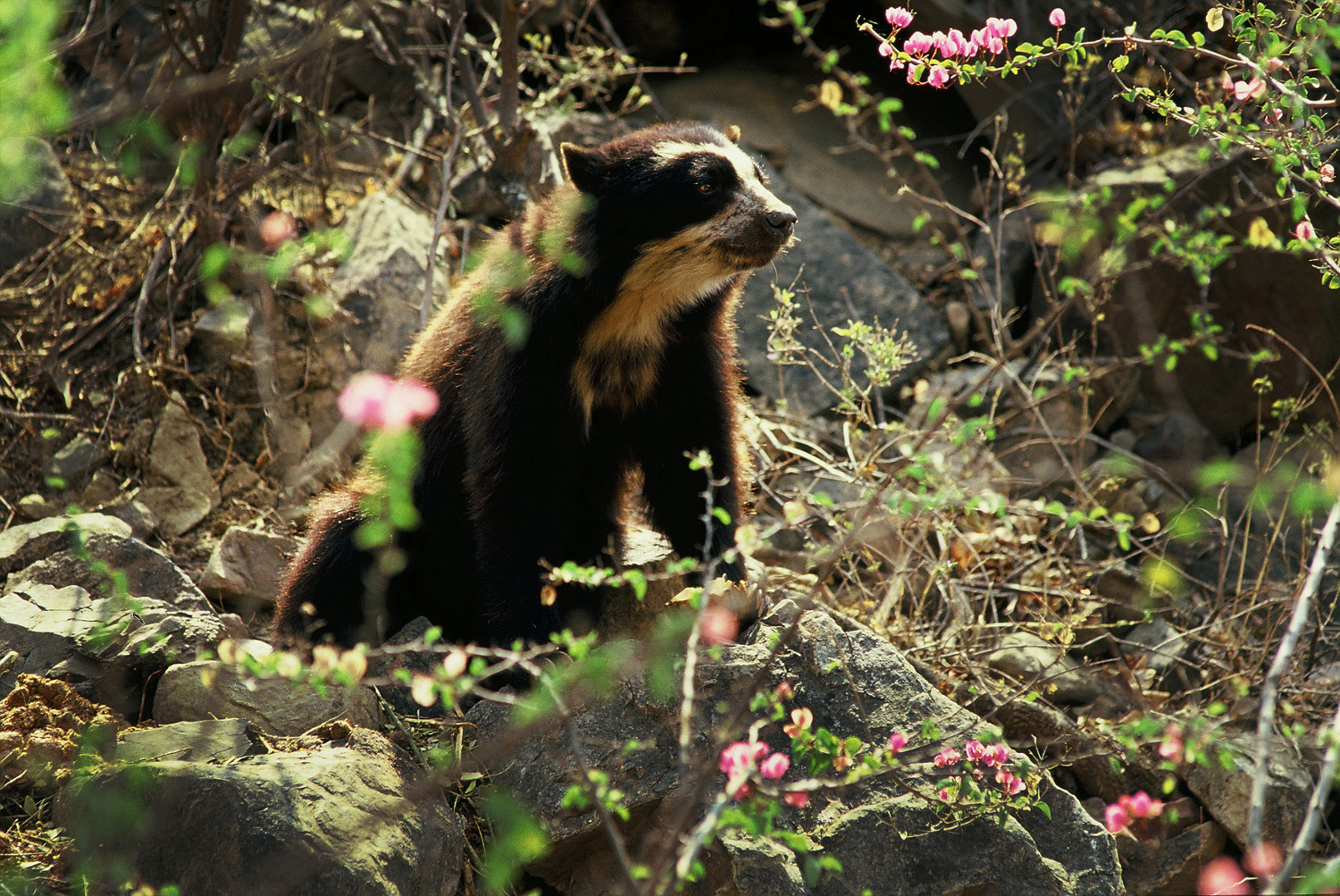 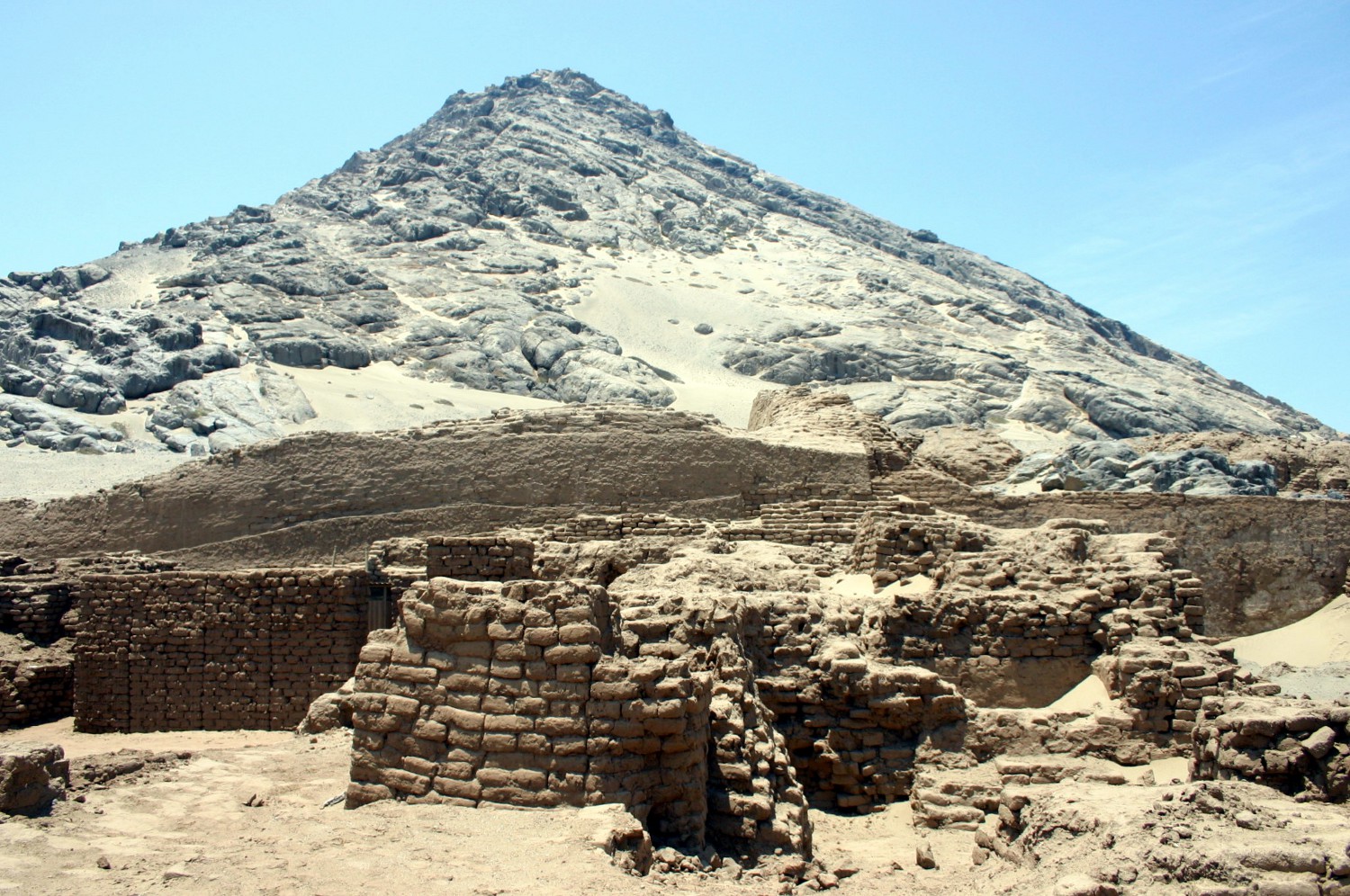 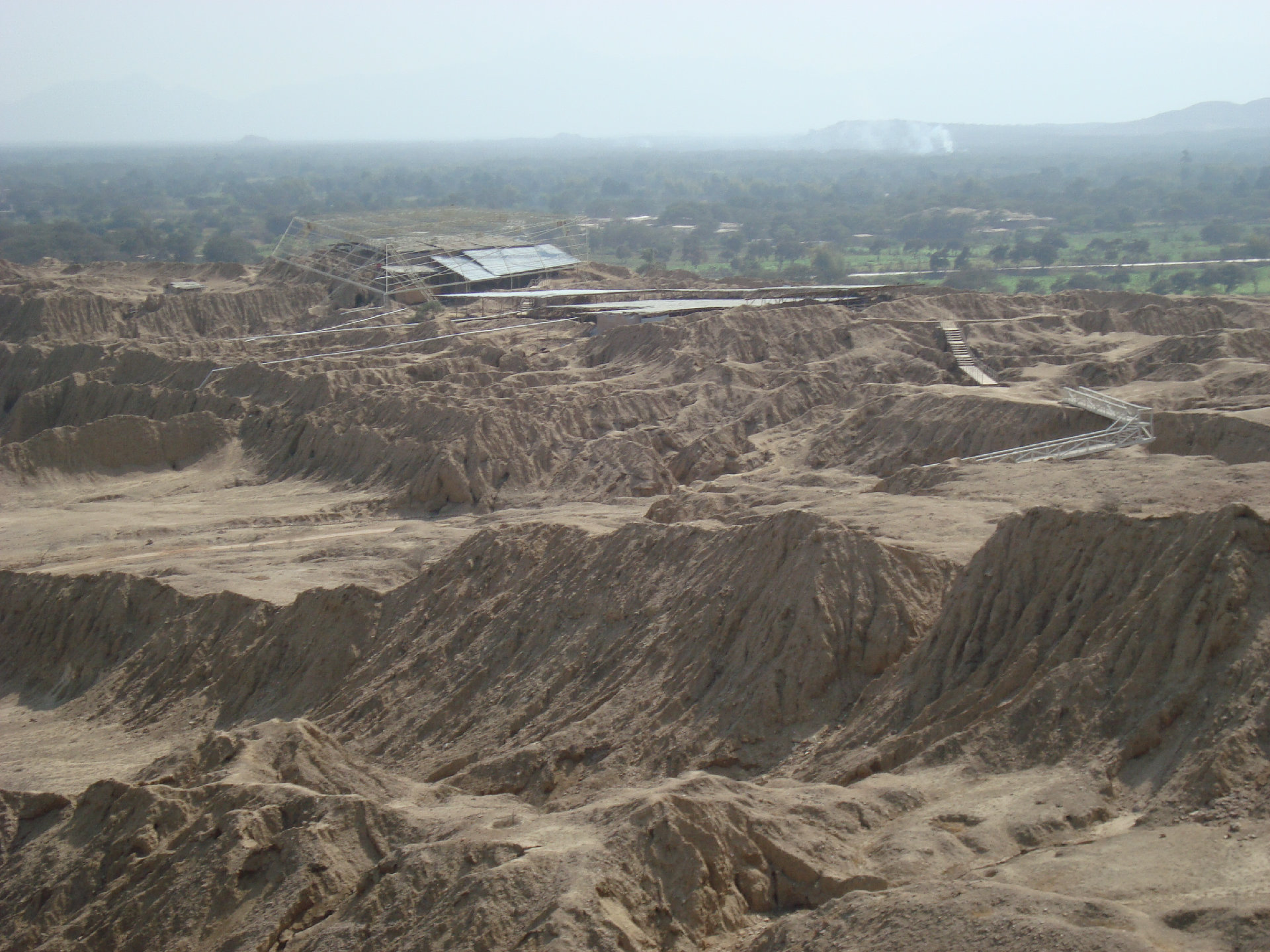 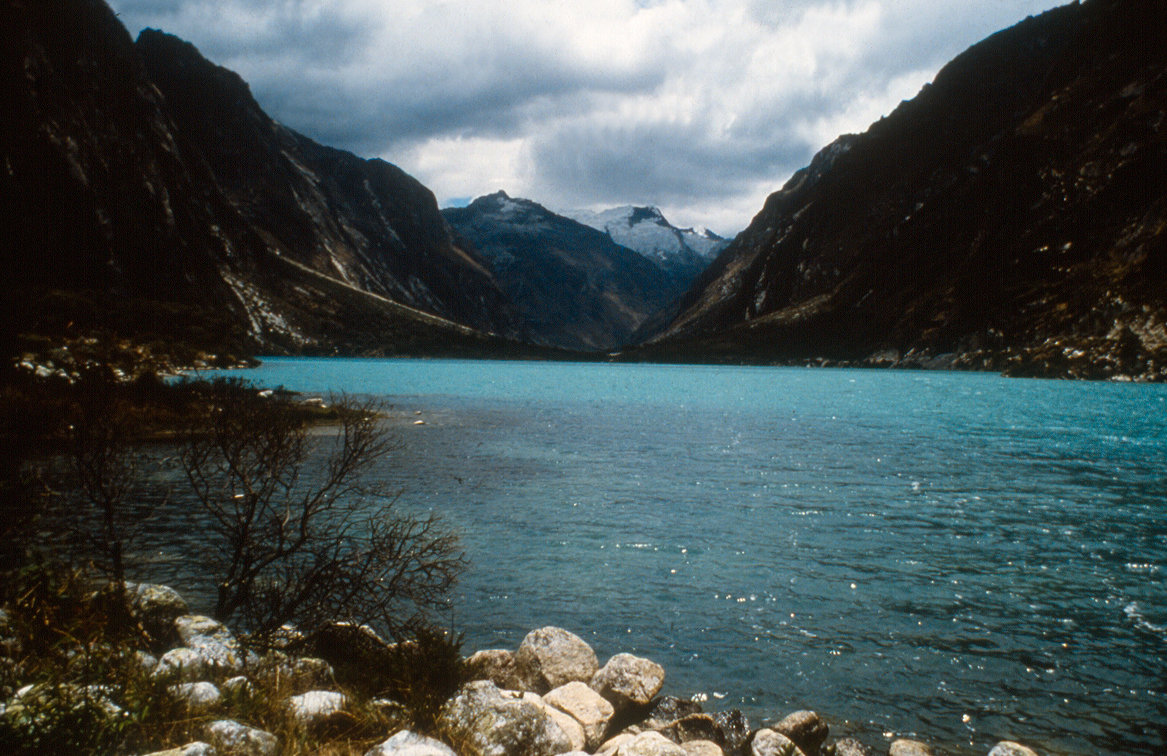 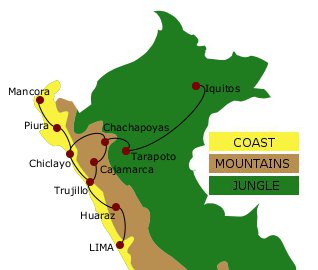 A short journey up the coast from Trujillo takes you to Chiclayo, where you can continue to explore a myriad of archaeological gems. The 1987 discovery of the tomb of Señor de Sipan – an important Moche lord – astonished the world and the outstanding collection of gold and silver artefacts that were found here can be visited at the onsite museum. The similarly-named Museo de Sicán (oictured below), meanwhile, holds a wonderful collection of artefacts from the Lambayeque culture. There are also various archeological sites such as the remarkable pyramid complex of Tucúme (below), containing some 26 gigantic truncated mounds of adobe.

The natural beauty of the region surrounding Chiclayo is also something that is a delight to behold. The Bosque de Pomac, for instance, is a natural preserve of native Carob Tree, as well as having a high-density of archeological sites. Chaparri, meanwhile, is a private nature reserve providing a home to the endangered Spectacled Bear (pictured, photo by Heinz Plenge) and several species of bird including the white-winged guan. The onsite Chaparri Lodge, a very comfortable and elegantly decorated eco-lodge, is the ideal place to stay while trying to spot these rare species.

An optional journey from Trujillo can also be made to the town of Cajamarca, known principally for its involvement in the Spanish conquest of the Incas; this is the site of the first encounter between the Incas and the Conquistadores. There are original Inca baths in this sleepy town, and the surrounding pastoral landscape is beautiful.

At this stage the more adventurous travellers would be tempted to head overland to Chachapoyas, either direct from Chiclayo or via Cajamarca. The journey is relatively long but the reward is ample; rugged, dwindling cloud forest covering sweeping valleys and hilltops that are dotted with ruins from the Chachapoyas culture. Not only are such ruins as the fortress of Kuelap of unrivalled complexity and sophistication, but they compliment the stunning natural beauty to make this one of the most attractive destinations in the country.  For accommodation, travellers can check out the charming and comfortable Kentitambo which opened just this year and to which Aracari guests have privileged access.

From Chachapoyas it is even possible to head to the jungle at Tarapoto, one of the best places in the country to see wildlife, and visitors can venture even deeper into the Amazon to Iquitos for a luxury Amazon cruise with Delfin or Aqua before heading back to Lima.

Those seeking a rather more tranquil finale to the northern circuit would be more inclined to head from Chiclayo to the northern beaches near Piura and Tumbes. Mancora is the destination of choice with stretching golden sands and a good selection of accommodation, our particular favourite is KiChic. Another option closer to Chiclayo is the Chicama Surf Resort, where surfers and family groups alike will find themselves quite at home.

Aracari is in the perfect position to offer access to the North; we have been travelling in the area for years, researching different standards of accommodation from eco-chic to super-deluxe while visiting the most interesting sights. We have become well-versed in planning itineraries that visit the highlights of the region, which are ideally between 3 to 9 days but can be many more .

To gain from our insight, please contact us to find out more about how you can tour this up-and-coming travel hotspot.

Trip Report: Lake Titicaca By Marisol Mosquera Lake Titicaca experience I have visited Lake Titicaca a number of times, mostly on the Peruvian side but also on the Bolivian ...
Huaca Pucllana in the Heart of Lima It was during a walking tour of the neighborhood of Los Olivos in Lima that I encountered my first huaca. I stood behind a row of houses on a patch of...
Hiking the Gran Caverna Path at Huayna Picchu to the Temple of the Mo... Machu Picchu Luxury trips During my tour of Machu Picchu, our guide pointed to Huayna Picchu, the mountain that overlooks the citadel, and said, “Do ...
The Iconic Andean Chullo Hat As winter in Peru draws to a close, Andean guides in Cusco and Puno may soon swap their wooly layers for lighter trekking garb, packing away their col...
Chachapoyas Archaeology, Culture & Wildlife A recent visit to the relatively unknown Chachapoyas region in northern Peru has opened up a whole new realm of travel for me. Offering a unique balan...
An Insider Art Experience at Casa Jaime Liébana For art aficionados visiting Lima, Aracari’s special-access visit to the workshops and home of Lima’s renowned family of artists, the Liébanas, is an ...
Tags: luxury travel peru Peru
Previous postKentitambo: Best Leymebamba Hotel
Next postChristmas traditions in Peru