Outside of Cusco lies a truly magical landscape of painted colored mountains and sweeping red valleys in the Andes. While Rainbow Mountain (Vinicunca) has gained all the fame on the traditional tourist circuit and become besieged by hundreds of daily visitors who hike up for a single photo, few travelers realize that nearby there are multiple rainbow mountains dotting this other-worldly landscape which, for now, remain serene and scarcely visited. Palcoyo Trek can be visited as a long private one-day tour from Cusco as part of any tailormade trip to Peru with Aracari.

Unlike Rainbow Mountain, Palcoyo is yet to see any sign of over-tourism with just a handful of daily visitors who make the three and a half hour drive one-way to reach the high-altitude scenery. The hike here is relatively short and gentle to reach the marked viewpoints, but at high altitude requires some effort on the inclines. The reward for making this lengthy journey by road are the vistas of the snow-capped peak of Apu Ausangate, pastoral scenes of Quechua-speaking herders tending to their llamas and alpacas grazing on the land, and impressive multi-toned mountains.

While day-trippers to Rainbow Mountain depart from as early as 2.30am, set off from Cusco by road at the more manageable time of around 7am to visit Palcoyo. Make a stop at the small village of Checacupe (4,326 / 14,189ft) en-route (or on your return), known for its spectacular colonial church which is deceivingly simple on the outside, revealing breathtakingly beautiful decoration on the interior. Off the main village square is a Spanish colonial bridge and replica Incan bridge. Then, turning off the main roads, wind through sleepy settlements and small villages in the Vilcanota Valley where you’ll see the locals going about their daily life. Be struck by the first of the three ‘rainbow’ mountains here as you reach Palcoyo (4,700m / 15,419 ft).

The walk is broken up by the various vistas, including the three rainbow-colored mountains and panoramic views of the Red Valley. You can optionally climb the short but steep trail to the ‘Bosque de Piedras’ (Stone Wood), where the protruding rocks look like you’ve landed on another planet, with views of the landscapes below. Cold winds in the Andes mountains mean that even when the sun is shining brightly you can still feel a chill in the air – so be sure to bring a decent windproof jacket and proper shoes to walk in. Wearing layers is the best approach to dealing with weather that can change quickly!

The total time walking at Palcoyo is around 3hrs approximately, but will very much depend on your pace and how long you stop for photos. Aracari includes a box lunch for the day’s excursion, and you can expect to get back to Cusco at around 6pm. This trek can be booked as part of any tailormade trip to Peru. 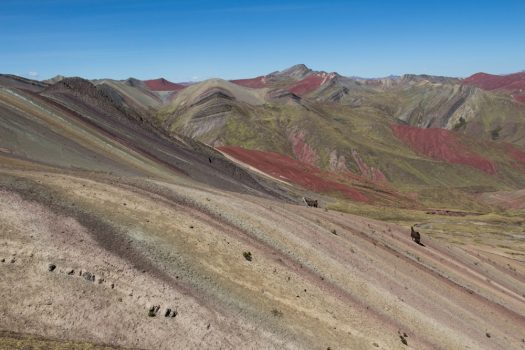 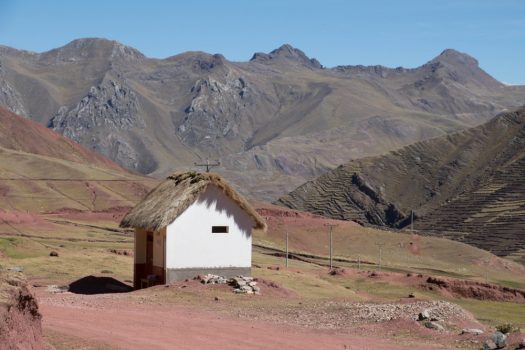 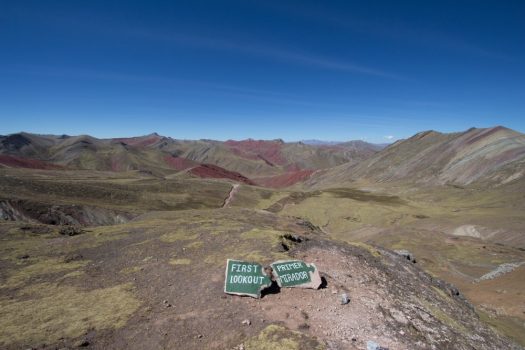 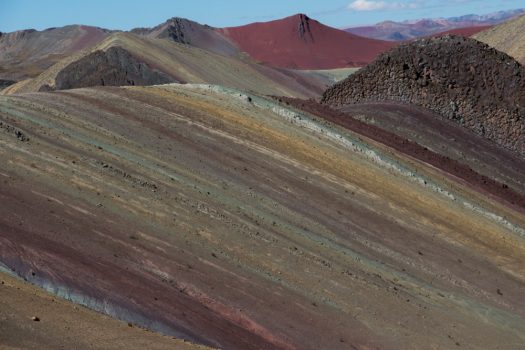 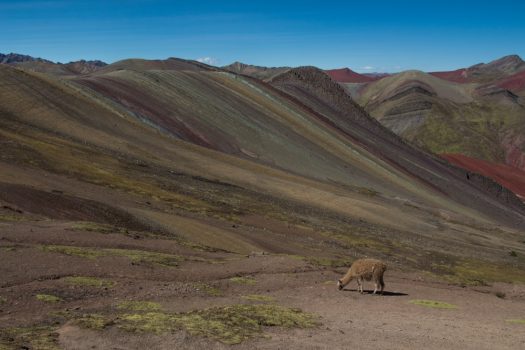 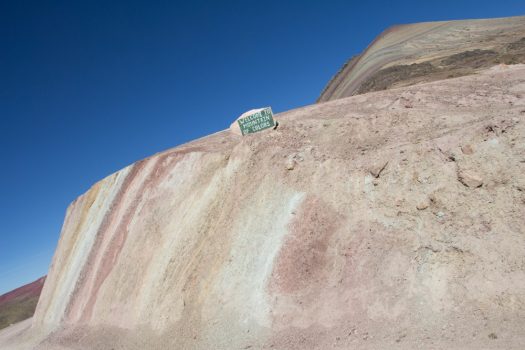 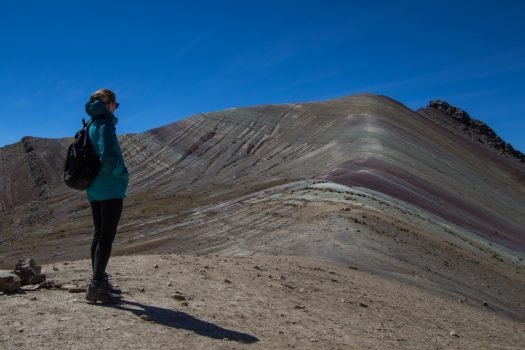 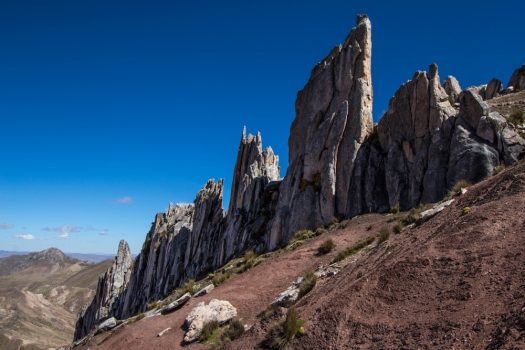