The Smithsonian Institution hosts an annual Folklife Festival in Washington DC, with the spotlight turning to Peru this year as the theme of the event. Held outdoors on the National Mall in Washington DC from June 24-28 and July 1-5, the festival delivers a program that showcases contemporary living and cultural traditions. Entitled Perú Pachamama, the 2015 activities draw their inspiration from across Peru to celebrate and promote its rich heritage with many performers and artisans traveling from Peru to the United States to participate in the festival. The line-up is exciting and diverse, highly recommended as much for those who have been to Peru before as those looking for their first introduction to the culture.

Held every summer since its inception in 1967, the festival serves as “model of a research-based presentation of contemporary living cultural traditions”, using the research work of many folklorists, anthropologists and other scholars. The festival traditionally focuses on a nation, region or state–with Peru’s turn now in 2015. The festival is not only a cultural and educational experience but it even directly lead to the development of the UNESCO’s 2003 International Convention on the Safeguarding of the Intangible Cultural Heritage.

Festival co-curator, Olivia Cadaval, has commented in preparation for this year’s event that, “Peru is a country steeped in millennial traditions, but we are exploring how today’s traditions are deeply contemporary. Our challenge is to capture and present the creative tensions between tradition and modernity and the threads of connectivity between the different environments and communities.”

One of the many goals of the festival is to present and preserve community-based traditions while creating an interactive environment that delivers a message through main themes. By empowering local and regional tradition-bearers and their communities, the festival helps create and conserve cultural resources. 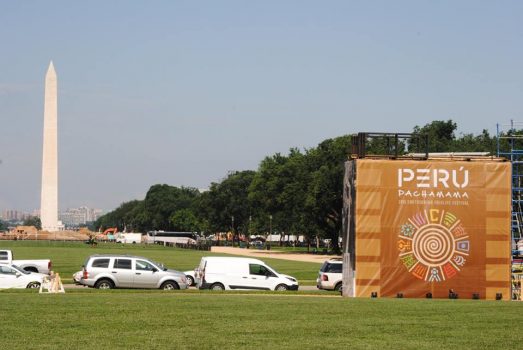 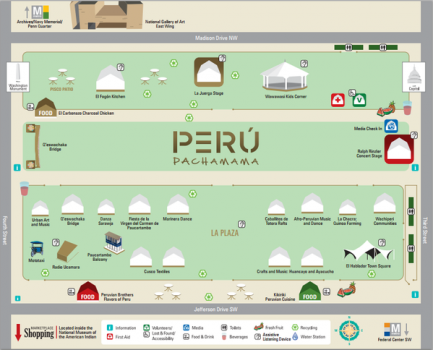 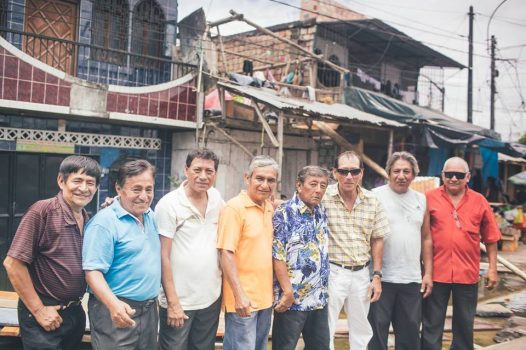 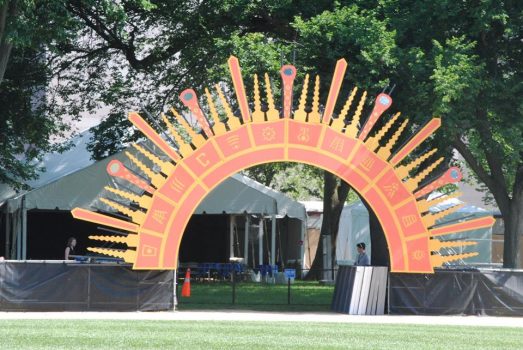 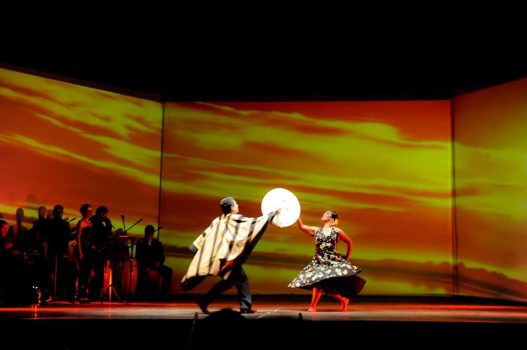 THE FESTIVAL PROGRAM: WHAT TO EXPECT

The family-friendly festival is broken down into different categories  with diverse interactive activities both day and night, from tasting traditional foods to learning about Peruvian music and dances.

Performances will take place in La Plaza, La Juerga and evening concerts at the Ralph Rinzler Concert Stage, named after the founding director of the festival. Musicians, singers and dancers from all over Peru have traveled to Washington DC so that festival-goers can tap their feet and wiggle their hips to a variety of sounds from the coast to the Amazon. Some of the highlights include Los Wembler’s de Iquitos, credited with creating the hybrid cumbia amazónica and influencing chicha music in Lima, and Marinera Viva!!!, featuring Peru’s national dance that has taken on various styles such as the Norteña, Mochera and Limeña. Click here for a taste of some of the sounds of the festival.

Ceremonies will be held in La Plaza. Each ceremony will take places once per weekend, with the Offering to the Q’eswachaka Bridge on June 24th and July 1st and the Alpaca Ceremony on June 26th and July 3rd.

Narrative Sessions will be held in El Hablador Town Square. There will be moderated discussions on a variety of topics from music and dance to arts and crafts to culture, identity, biodiversity and more.

Workshops will take place in the Wawawasi Kids Corner where children and adults will be able to participate in a variety of fun and educational activities about Peru, including: Spanish lessons, storytelling, dancing and arts and crafts.

Learn about weaving from the women of the Centro de Textiles Tradicionales de Cusco, painting, embroidery, silk-screen prints like those of the famous Chicha posters and more through demonstrations held in La Plaza and the Marketplace.

El Fogón Kitchen, named after the part of the kitchen where the fire is located and meals are cooked, and also an area to gather with family, stay warm and keep each other company –is the area that will be home to cooking demonstrations. Food will also be available for purchase from vendors El Carbonazo Charcol Chicken, located next to the Pisco Patio and El Fogón, and Peruvian Brothers Flavors of Peru and Kikiriki Peruvian Cuisine located near La Plaza.

The Marketplace will be open June 24 to July 12 in the National Museum of the American Indian’s Potomac Atrium in order to buy a range of arts, crafts, clothing and more from all over Peru.

Perú: Pachamama is co-sponsored by Peru’s Ministry of Foreign Trade and Tourism (MINCETUR) and presented in partnership with the National Park Service.

A full schedule for the The Folklife Festival Perú Pachamama can be found here, organized by event category and location.

Astrid & Gaston Lima Opens Casa Moreyra The new Astrid & Gastón Lima officially opened its doors to the public today in the San Isidro district after a few delays and much eager anticipa...
In Search of the Hidden Frescoes La Ruta de los Murales with Lisy Kuon Photo Credit: World Monuments Fund            In our view, artistic gems shine brighter with the illumi...
Candelaria Festival in Puno Pays Homage to the Virgin of Candlemas The month of February is filled annually with festivities and carnivals in many corners of the world; Peru is no exception. The first two weeks of Feb...
Hurray for Peru´s economy 2010! News on Peru's Economy 2010 LIMA (Reuters) - Peru extended its economic recovery in April to bolster expectations that it and Brazil will grow the fa...
A great time to visit La Paz Everyone's in search of somewhere new and off the beaten track, before the crowds arrive. At Aracari we're constantly seeking out and testing new dest...
Inkaterra’s Newest Hotel in the Sacred Valley: Hacienda Urubamba Welcome to Hacienda Urubamba After a strenuous morning trek up Machu Picchu Montaña and a day exploring the famous ruins, I was ready for an evening ...
Previous postAymara New Year: Watching the Sun Rise Over Tiwanaku, Bolivia
Next postInto the Amazon: Dr. John Hemming leads lecture cruise aboard Delfin II in Peru