When Francisco Pizarro founded Lima, he baptized it with the name “City of Kings” because its founding coincided with the day the Three Wise Men set out for Bethlehem, which he viewed as similar to the way he and his crew of conquistadors set out for the colonial capital. In present-day Lima, the holiday is usually celebrated with family and friends. But the highlight is at the Plaza de Armas, when three policemen from the Lima police department dress up like the Three Wise Men and ride horses to a Nativity scene located either at the side of the Plaza or in the balcony of the Palacio Municipal. The tradition has been going on for about 25 years, and at the end of the day, there is a small celebration in the Plaza as the Nativity scene is packed away. In the legend, the kings brought gifts like sweets, clothing, and coal, but now the “gifts” are mainly financial. 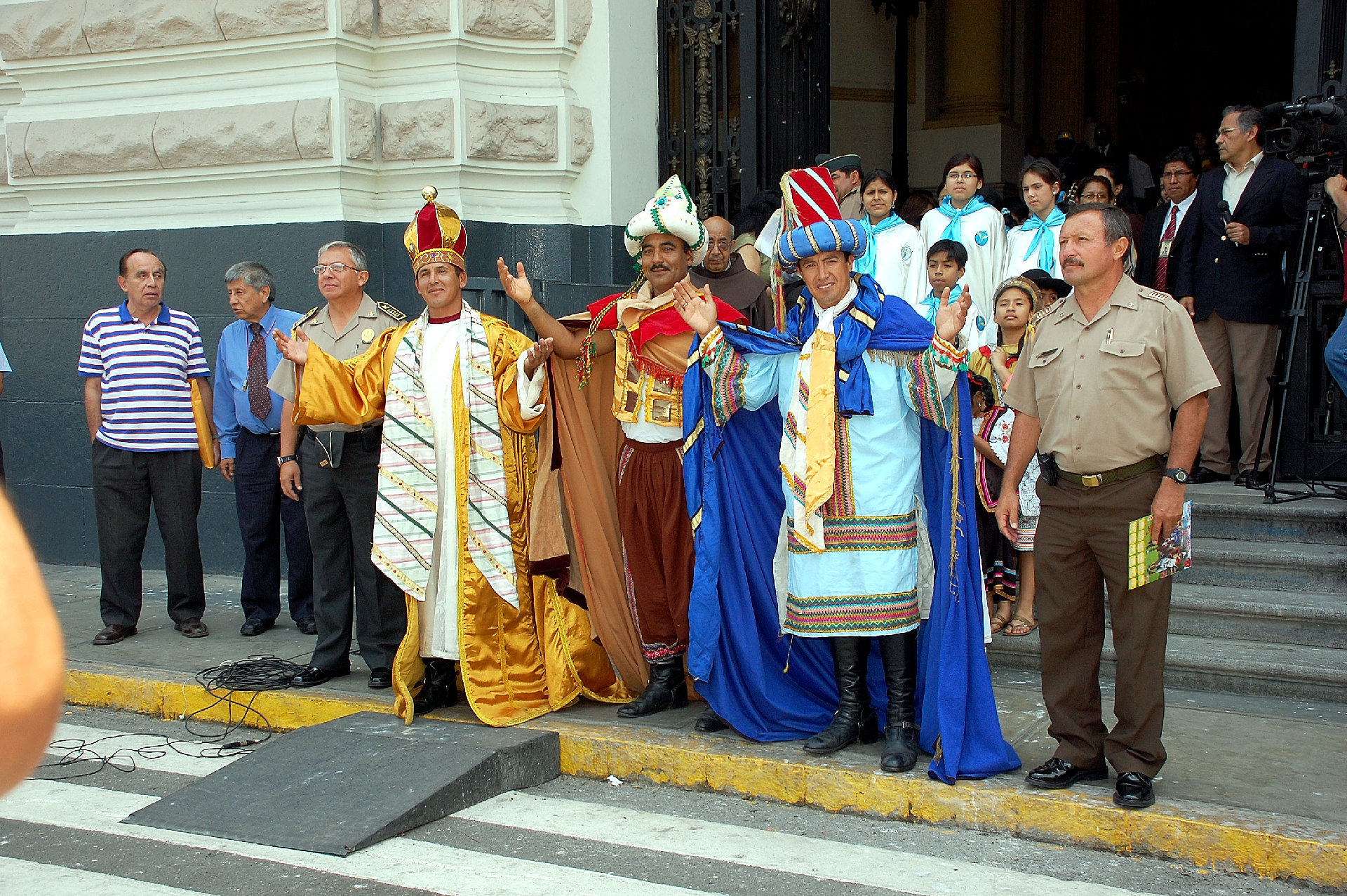 5 Ways to Enjoy Peru’s Independence Holiday Fiestas Patrias in Peru On 28 and 29 July each year Peru celebrates Fiestas Patrias, the national holidays to commemorate the country's independence....
The Opening of the MALI Permanent Collection This Wednesday afternoon, there was no lack of diversity amongst the crowds at Lima’s illustrious Museo de Arte de Lima (MALI, for short), one of the ...
Things to do in Lima And if you are looking for things to do in Lima, the list is constantly growing.  The city is brimming with activity and is full of unexpected surpris...
Huaca Pucllana in the Heart of Lima It was during a walking tour of the neighborhood of Los Olivos in Lima that I encountered my first huaca. I stood behind a row of houses on a patch of...
Surfing in Lima Top surf destination in Peru Anyone who spends time in Lima (especially during the summer months, December - April), who is reasonably fit, and has n...
Train from Lima to Huancayo Through the Heart of the Andes Lima by train Traveling by train has not lost its romance in Peru as the well-known scenic train rides to Machu Picchu and Lake Titicaca continue to ...
Tags: festivals in peru Lima
Previous postNew Years in Peru: Traditions & Celebrations
Next postMountain Biking Sacred Valley: Adventure in the Andes