In a country with a depth and complexity of history as Peru, ancient and deep-rooted religious beliefs vie with the official national religion of Catholicism. Add to this the dramatic physical and political impacts of the great earthquake of 1650 and the invasion of the Spanish Conquistadors – and you have the makings of a fantastic spiritual outpouring. Such spirituality manifests every year on the last Monday of March, when the people of Cusco depart from their daily lives for the procession of Señor de los Temblores (Lord of the Earthquakes).

The ceremony is as dramatic as its name suggests. Taking place on the moveable feast of Easter Monday, the procession carries aloft a statue of Christ, the Taytacha. According to one of a number of legends this was inspired by the statue at the cathedral in Burgos and was a gift from Charles V to Cusco, which he considered the most important city in his new dominions in South America. Today, blackened by the smoke of thousands of candles over the centuries, the statue is an impressive if somewhat eerie sight. In 1977, restoration expert Pedro Querejazu discovered that it was made from wood and cloth stiffened with glue and covered in llama skin. Moreover, Taytacha’s flowing locks and beard are made from human hair, and his head is topped with a solid gold crown of thorns fashioned in the mid-17th Century by locals in the Hispanic tradition.

On the day of the procession, two groups of Quechua singers known as chaynas or jilgueros inaugurate the ceremony with song as the statue prepares to move from the cathedral. Other senses are awakened with the rich colour of the crimson ñukchu flower which decorates the cross, symbolising the blood of Christ. Finally, flanked by the singers and crowds of people, the procession starts its winding journey through the streets of Cuzco to the Plaza de Armas, just as it did for the first time in the 17th century. 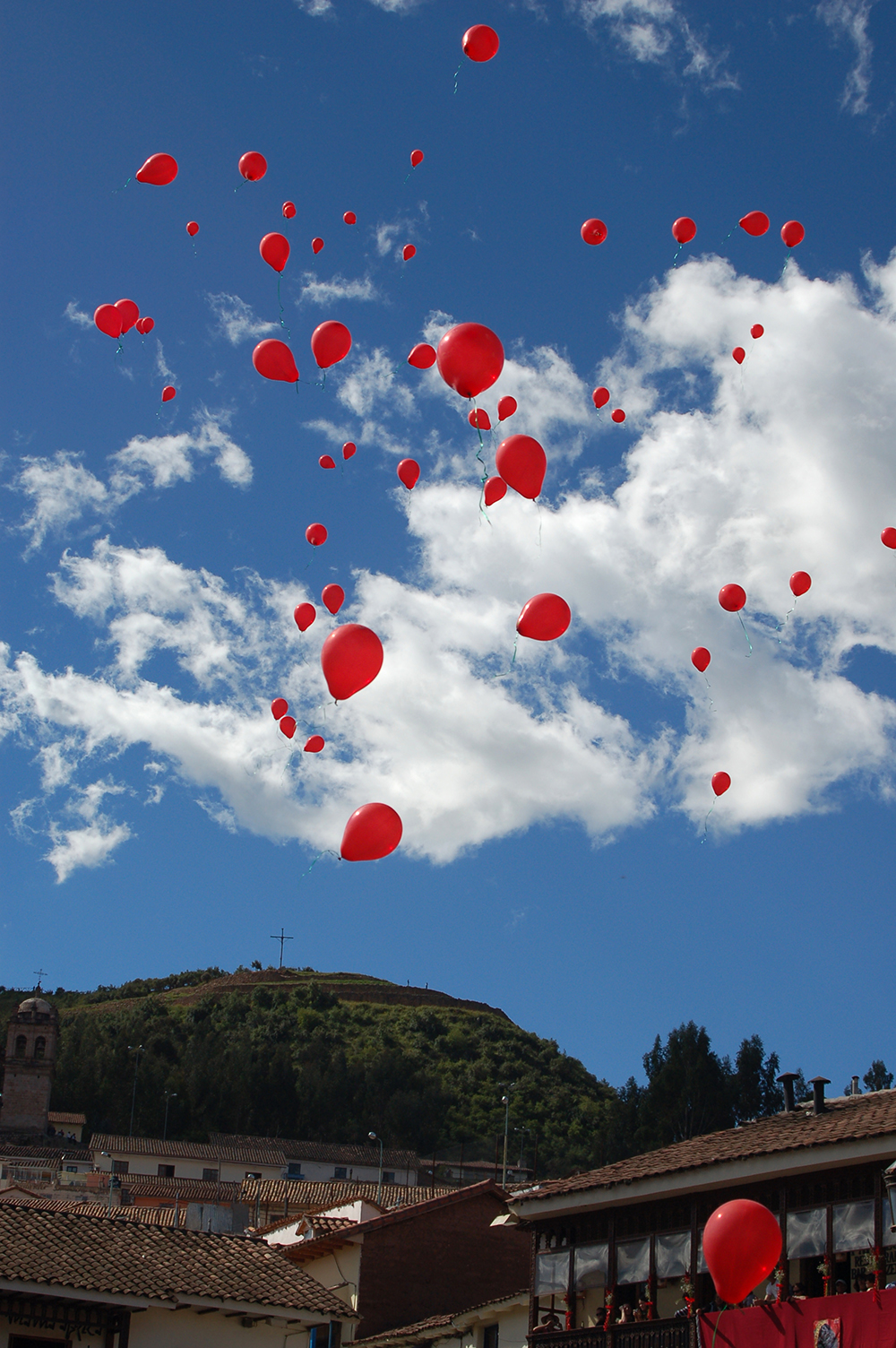 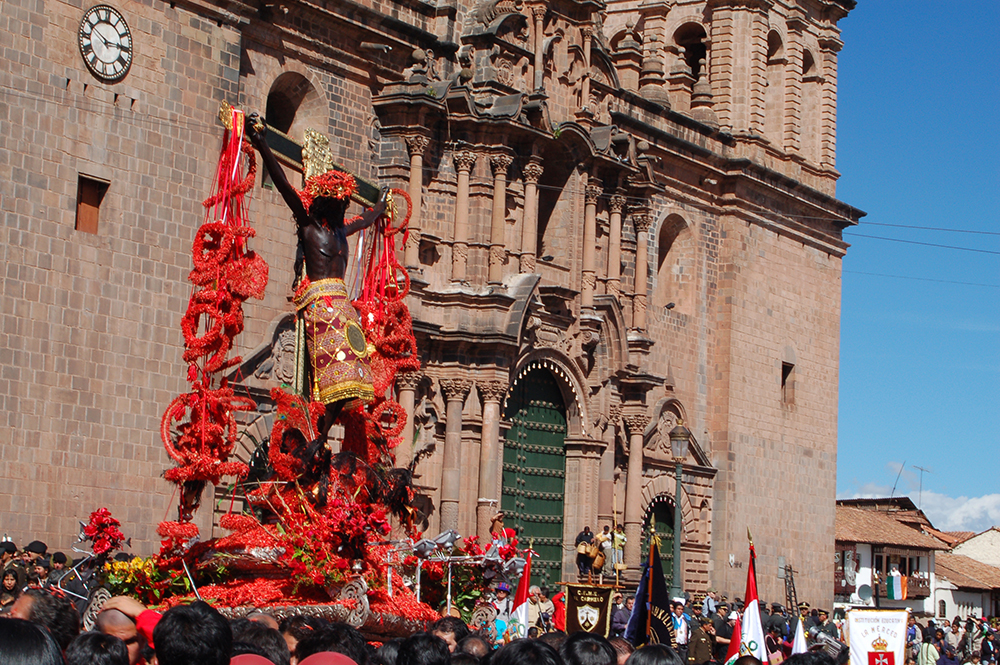 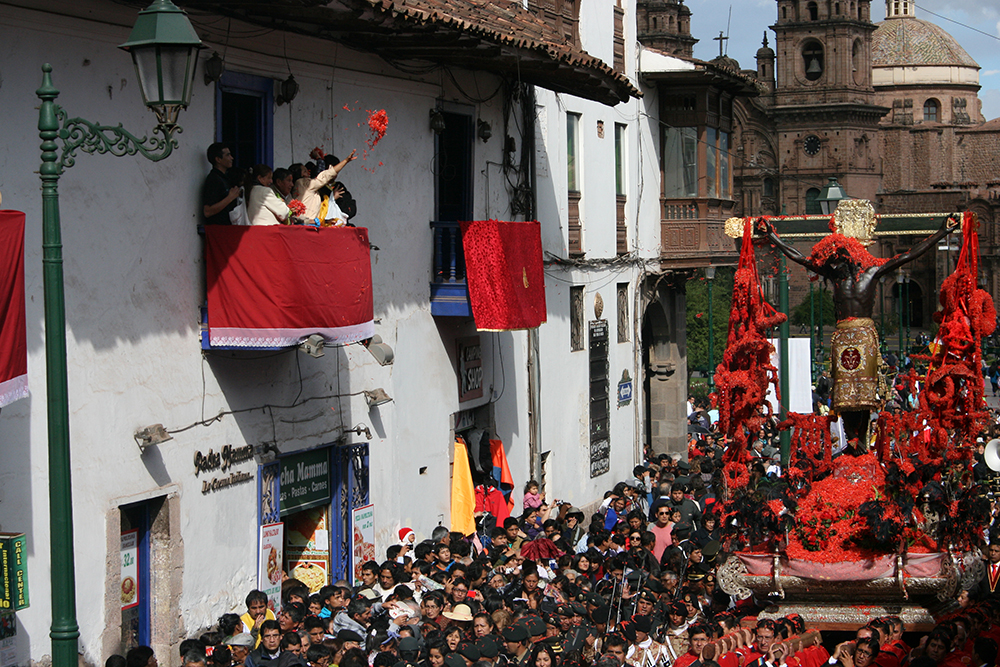 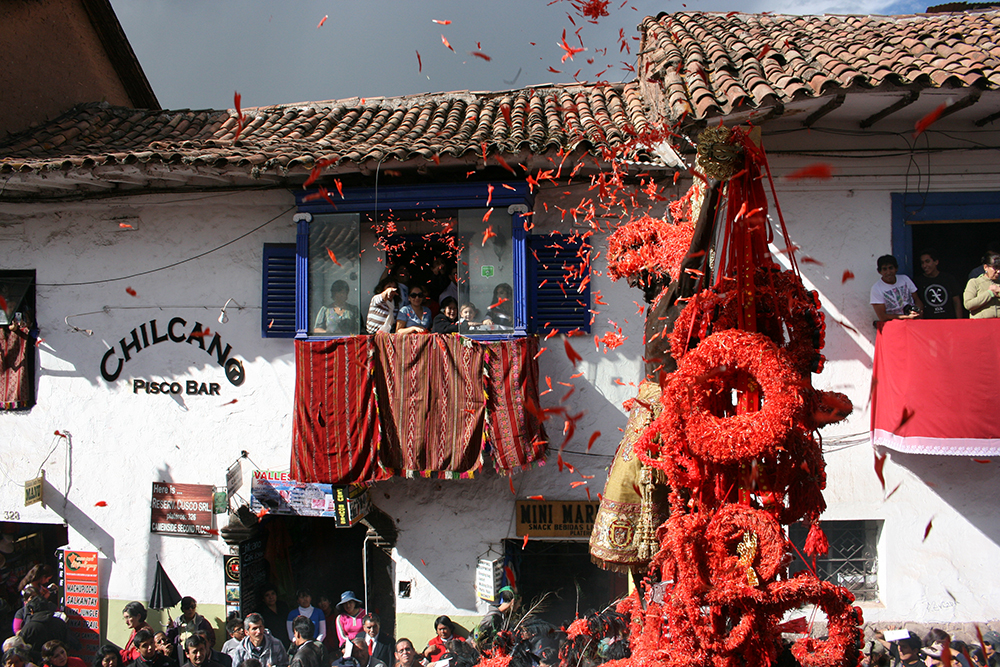 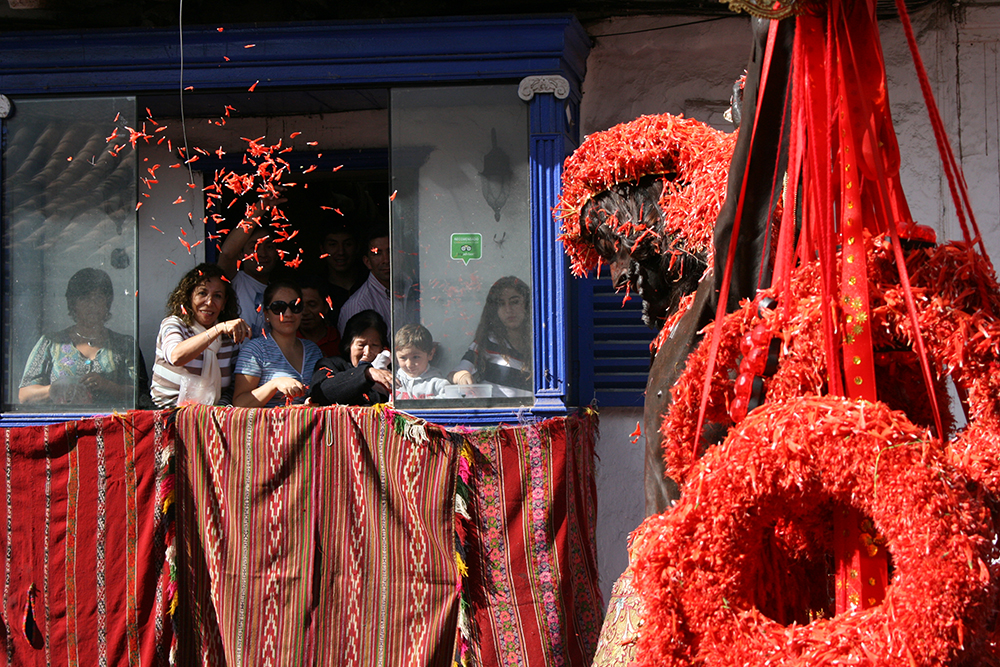 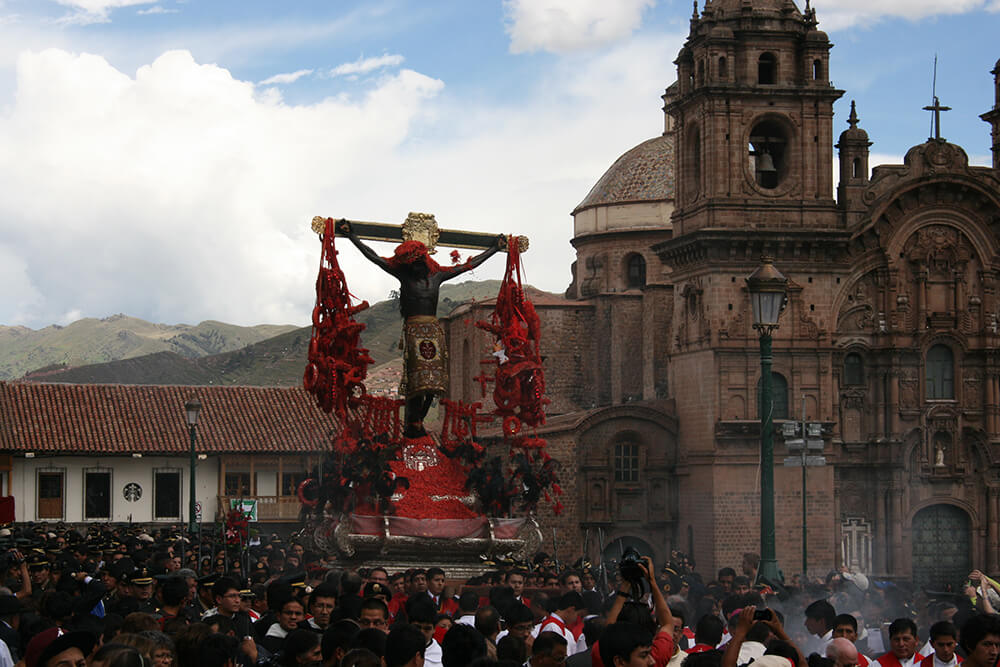 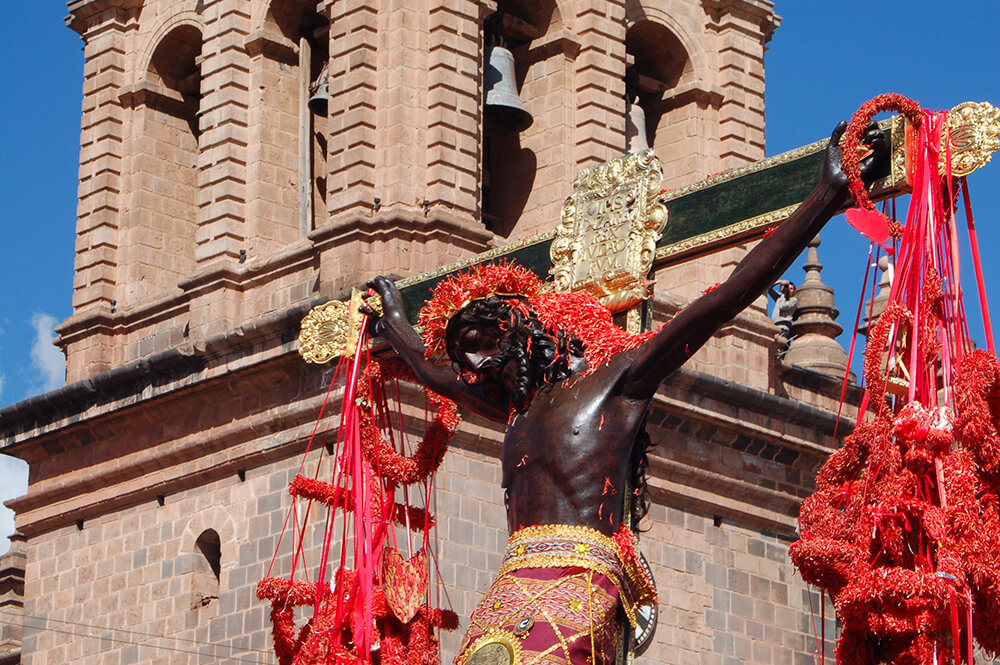 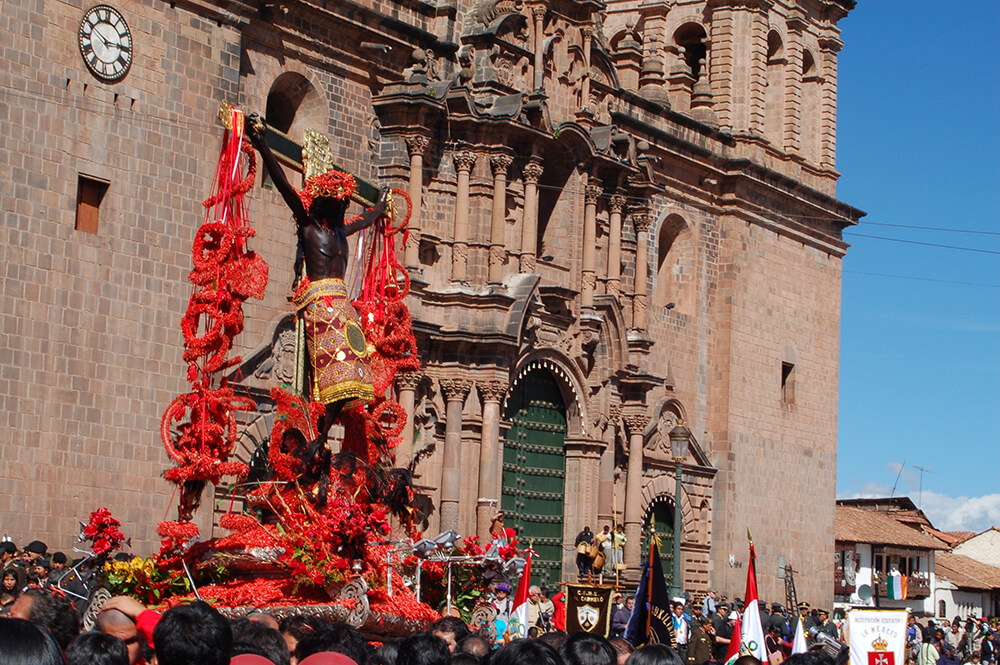 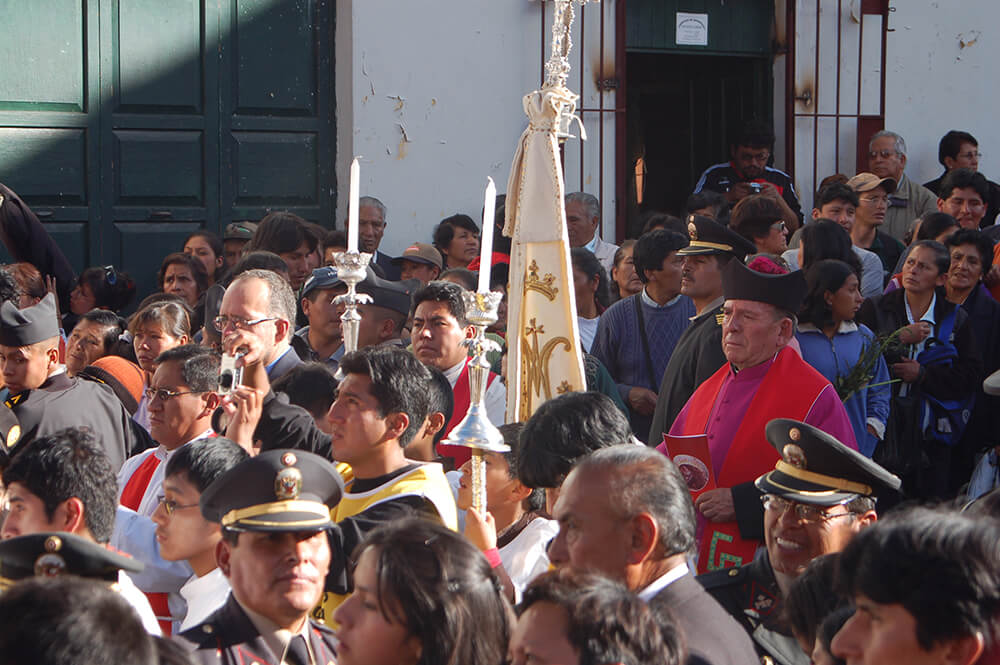 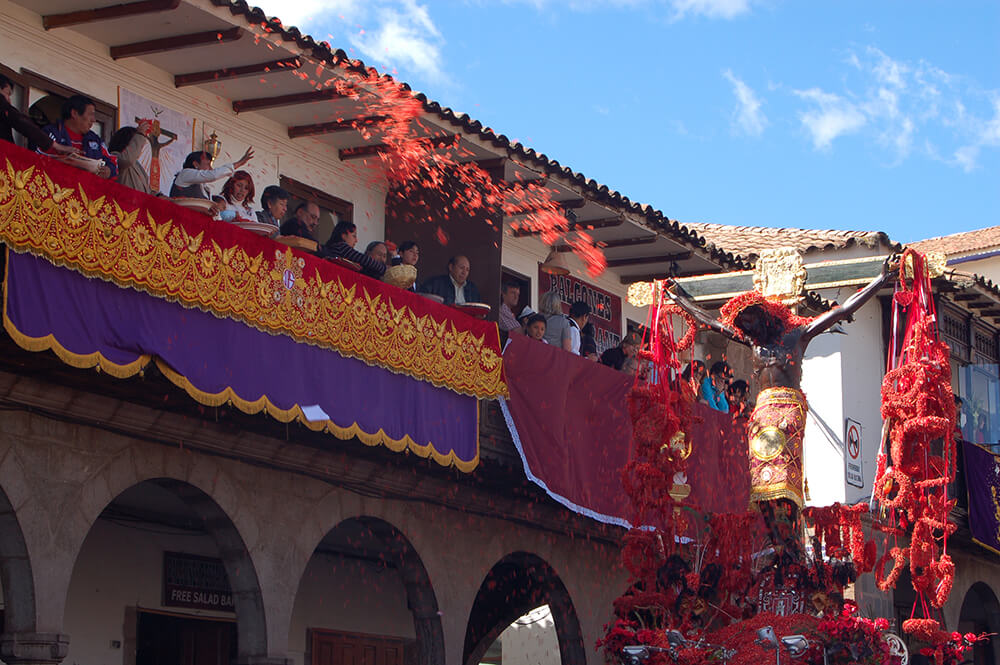 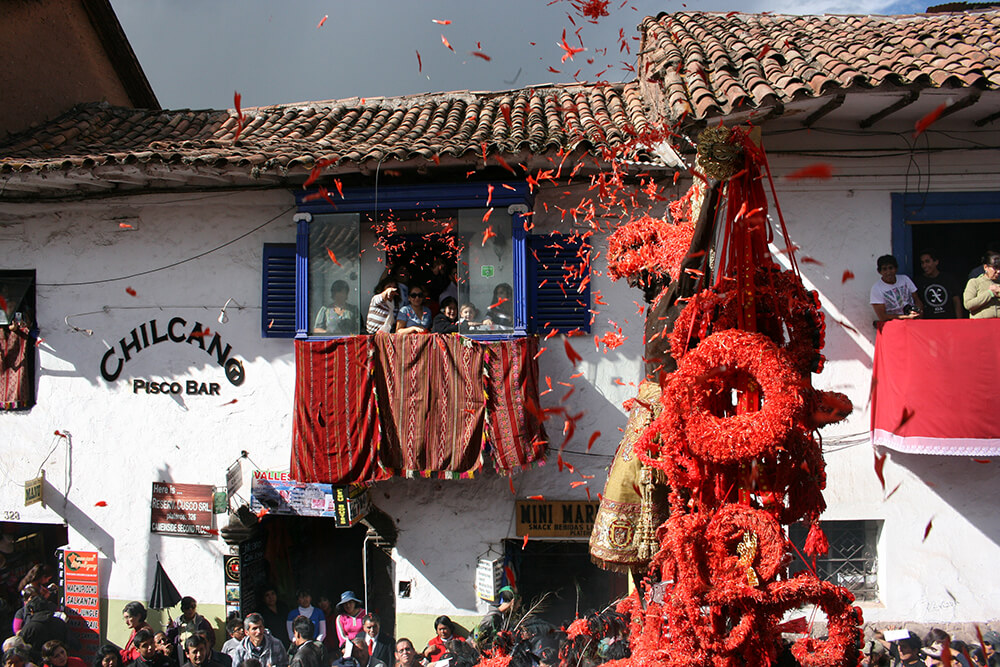 There are many exciting festivals and celebrations throughout the year in Peru, which you can find out more information about on our exclusive Peru festival calendar. If you would like to book a trip to Cusco for the Señor de los Temblores festival, contact us at travel@aracari.com.

Hacienda Huayoccari in the Sacred Valley Imagine visiting a Spanish Colonial hacienda in the Sacred Valley and having lunch hosted by the owners who love orchids, food, horses and collect Per...
Tierra de los Yachaqs: Weavers of Amaru Vendors at the Pisac Market were just setting up their stalls when I arrived at the main plaza this past Saturday morning ahead of a visit to the comm...
Urban Eats by night: Cusco Culinary Tour Aracari's head of marketing Caroline checks out our Cusco Culinary Tour - Urban Eats by night. Peru has an international reputation for the variety...
Peru Festivals: 2012 Fiesta de la Candelaria de Puno kicks off Aracari’s Weekly Insight The Question How many different types of dance are on display at this month’s Fiesta de la Candelaria? The Answer O...
Pentecost Festival Señor de Choquekillka in Ollantaytambo *Photo credits to RPP Noticias for images of the Danzaq and Saqra dancers featured above. Festival in Peru, Señor de Choquekillka From now through S...
Active Experiences in Peru – Part One Finding action and adventure is easy when you’re in Peru. From horseback riding to cycling, mountain trekking to surfing; there’s something for everyo...
Tags: festivals in peru things to do in cusco
Previous postLa Paz Walking Tour
Next postSurfing in Lima