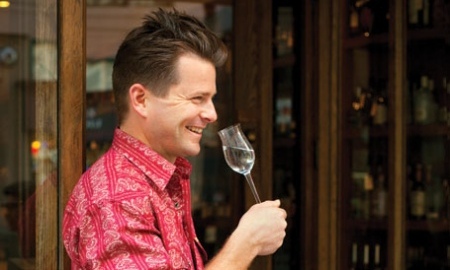 Pisco is Peru’s national spirit, a brandy made by distilling grapes and enjoyed in its pure form or used to mix the most popular cocktails: the Pisco sour and Chilcano.

The oasis of Ica, situated around 300km south of Lima, is home to one of Peru’s key wine and pisco-producing vineyards and the most convenient place in Peru to sample the local tipple.

Hidden amidst rows of grapes, sits the sprawling bright-pink Hacienda Tacama, a standout winery in the region, which lays claim to being both the oldest winery in South America and Peru’s largest.

Far less visited than Ica, outside of Arequipa’s city centre there are similarly fertile grape-growing regions which can be visited as a day trip.

Peruvian Pisco in the press

From the San Francisco Magazine, June 1 2010

“The Peruvians,” says Duggan McDonnell, founding partner of Sutter Street cocktail mecca Cantina, “are not very good at marketing.” Indeed, as I learned from bartending alongside McDonnell for a couple of years at Cantina, most San Franciscans have never tasted pisco, the Latin American country’s iconic spirit. McDonnell is setting out to change this: Along with two partners, he has created his own brand. Campo de Encanto hits San Francisco shops and bars this month.

“Do you get the chocolate and mint?” McDonnell asks, waving a half-full glass under my nose. “The pear, spring flowers, jasmine, and white pepper?” His wine rhetoric is appropriate for pisco, which, like cognac, is made from grapes that are fermented into wine, then distilled. The difference is that pisco is not aged in wood but bottled fresh and clear.

Campo de Encanto is poised to be a revelation for anyone who’s tasted only the rather earthy and neutral monovarietal piscos, made from the quebranta grape, that dominate the market. McDonnell’s brainchild is an acholado—a blend—that supplements the workhorse quebranta with more aromatic and exotic grapes grown near the agricultural center of Ica. Most of the additional grapes used in Campo de Encanto cost the Peruvian equivalent of Napa prices and come from vines over 90 years old. His pisco has “high tones, like gin; base notes, like rum; and acidity, like tequila,” McDonnell describes. The result is a beautifully complex and floral liquor that’s certainly strong but has enough nuance to warrant being talked about in wine terms. “It’s the perfect spirit for this wine-soaked city,” McDonnell says. “Bartenders can get into it, but my hope is that sommeliers will, too.”

Chances are they will. McDonnell tells me that he doesn’t want this story to be about entrepreneurship, but it’s hard to separate the man from his causes. A theater major in college, McDonnell has a natural gift for salesmanship that’s almost as prodigious as his talent for creating libations. It’s not unusual to hear him testify passionately about this spirit or that cocktail during one of his shifts. If anyone can sell the drinkers of San Francisco—and America—on the charms of pisco, it’s McDonnell.

Perhaps the oldest continuously distilled spirit on the planet (it’s been made since as far back as the 16th century), pisco has a lot going for it besides McDonnell’s persuasive prowess. It also has a long history in San Francisco: It became the city’s signature spirit as early as the mid-19th century, when it was imported by California-bound ships. Of late, pisco has had its own little local revival in such places as the Pisco Latin Lounge; at Peruvian restaurants, including La Mar and Fresca; and at Cantina. And pisco has a pair of signature cocktails, essential for any liquor that wants to reach the big time—the frothy pisco sour and pisco punch, a San Francisco original dating back more than a century.

Even so, according to McDonnell, pisco is the “underdog Latin spirit.” Perhaps he and his partners can change that on an international scale: Campo de Encanto is also for sale in Peru, where it is already highly regarded. “If we can sell pisco to Peruvians,” laughs McDonnell, “I know we can make it here.”

Mackay created this cocktail at Cantina to show off pisco’s floral high notes, complementing them with a hint of elderflower and the heady aromas of lime peel and bitters. Thoroughly muddle the lime in a mixing glass. Add the liquids and fill the glass with ice. Shake vigorously for about 12 seconds, then strain into a chilled 5-ounce martini glass and garnish with a lime twist.

Hot Off the Press – Ceviche: Peruvian Kitchen Since its launch in London in 2012, Martin Morales's restaurant Ceviche has been receiving rave reviews and is a catalyst behind the international buz...
The Aracari experience: My year living abroad in Peru To all of the faithful Aracari Khipu blog followers, today I publish my last article as Aracari’s Marketing and Product Development Assistant. I have ...
A Chocoholic Guide To Peru If you’re a fan of chocolate, Peru is the perfect place to visit. Chocolate has been part of life in Peru for centuries, so it's no surprise that choc...
Peru Copa America   The last time that Peru won the Copa América was in 1975. This was the second of two triumphs that La Blanquirroja - or "The White and Red O...
A Taste of Latin Caribbean in Cartagena, Colombia Last week I spent a bit of time (sadly too little) in the lovely town of Cartagena de Indias on the Caribbean coast of Colombia. I have been several t...
Hacienda Huayoccari in the Sacred Valley Imagine visiting a Spanish Colonial hacienda in the Sacred Valley and having lunch hosted by the owners who love orchids, food, horses and collect Per...
Previous postPeruvian Art Talk in London was a Big Hit!
Next postParacas Textile Features in British Museum History of the World in a 100 Objects BBC Radio 4 Programme