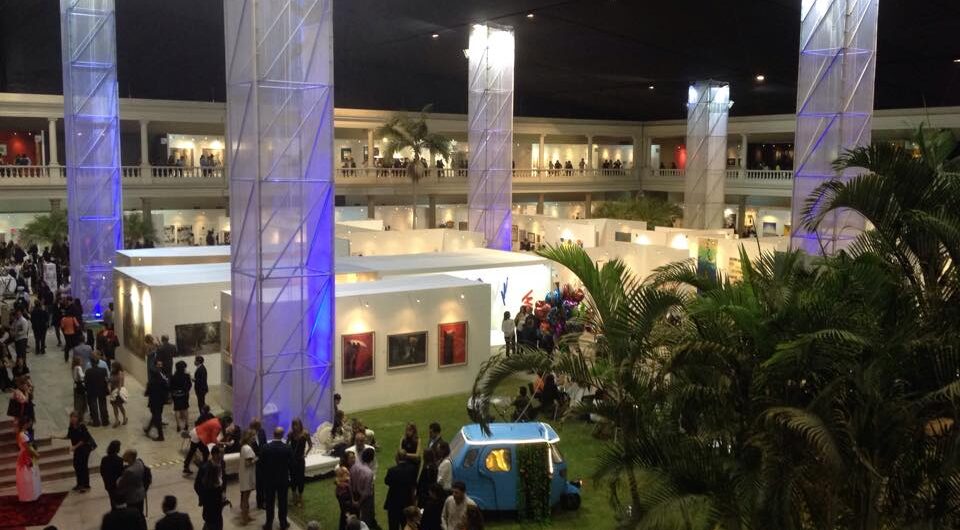 The third edition of Art Lima, Peru’s most important international contemporary art event, opened for the public on Thursday, April 23rd and runs until Sunday, April 26th. The event is being held in the Escuela Superior de Guerra del Ejército, a former military building in the Chorrillos district of Lima.

Aracari was invited to the inauguration on Wednesday evening. Once inside the large white building, a wide open space opens up in front of you–a combination between a patio and a garden filled with exhibition booths in tidy rows. Around the perimeter, there are two floors housing various exhibition booths for each gallery. A large black awning covers the open air center of the building, giving the impression that you are indoors even as you feel the slight breeze and cool humidity in the air. A small version of the San Antonio cafe is set up in the center of the space and sells empanadas, sandwiches, pastries, and hot and cold beverages. People sat near the cafe and meandered around taking in the fascinating artwork and installations. There was a mixed crowd ranging from young to old and many well-dressed members of the Lima art world.

There are so many things to see, you could easily spend hours perusing the galleries. There are 58 art galleries from 16 countries and covering 22 cities and showcasing works of art from over 300 artists. There is a variety of contemporary art on display including photographs, sculptures, videos, and paintings from Argentina, Bolivia, Brazil, Chile, Colombia, Costa Rica, El Salvador, Spain, France, Israel, Mexico, Panama, Peru, Venezuela, and the United States.  Something a little different from other art shows, especially of this size, is that many of the artists were present and engaging the audience, explaining their pieces. We had the opportunity to meet two good friends of Aracari Founder, Marisol Mosquera. Soon after arriving, we headed first to Mariano Ugalde’s gallery, Salar, part of PSH Projects. They are exhibiting pieces from international artists as well as a couple of photographs of the Salar de Uyuni in Bolivia, a theme of many photographs taken by his father, the renowned Gaston Ugalde, whom we also had the pleasure of meeting. In addition to photographs, their gallery included a large hundred dollar bill made fittingly from coca leaves. There was also a skull atop a pile of egg cartons and a large phallic statue made entirely of egg cartons, and thereby flexible but also fragile as we witnessed it topple over and split into three pieces a couple of times over the course of the night. 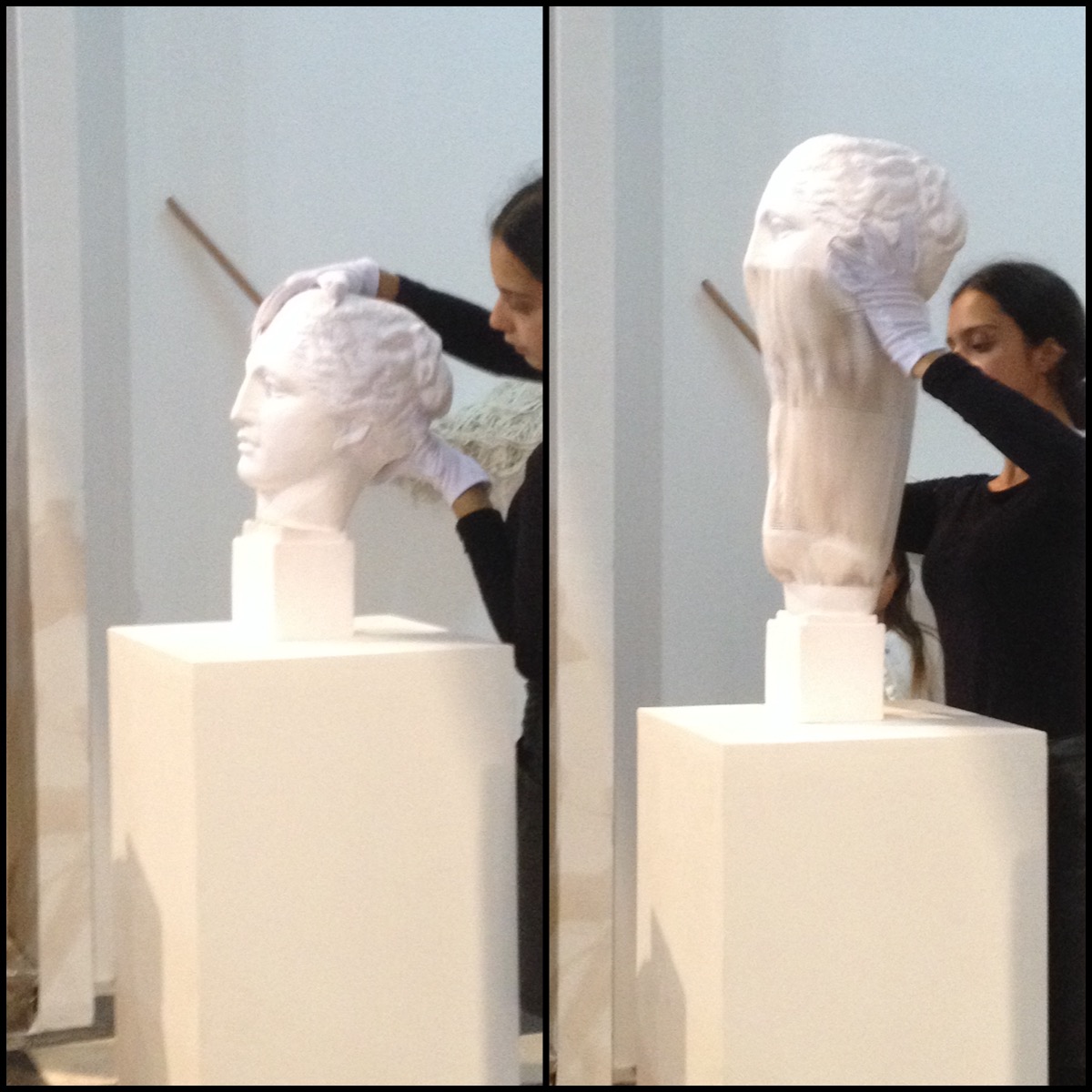 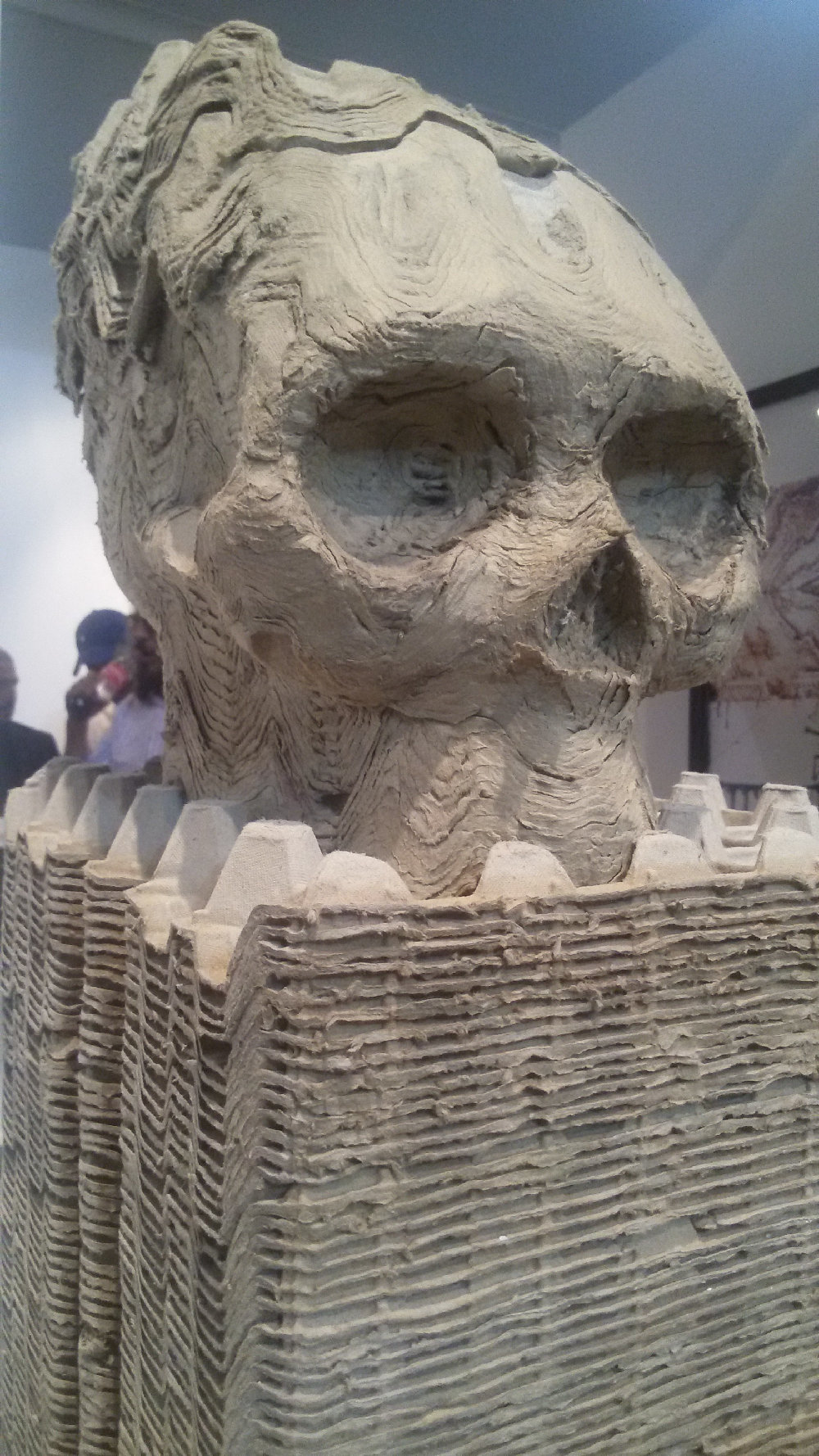 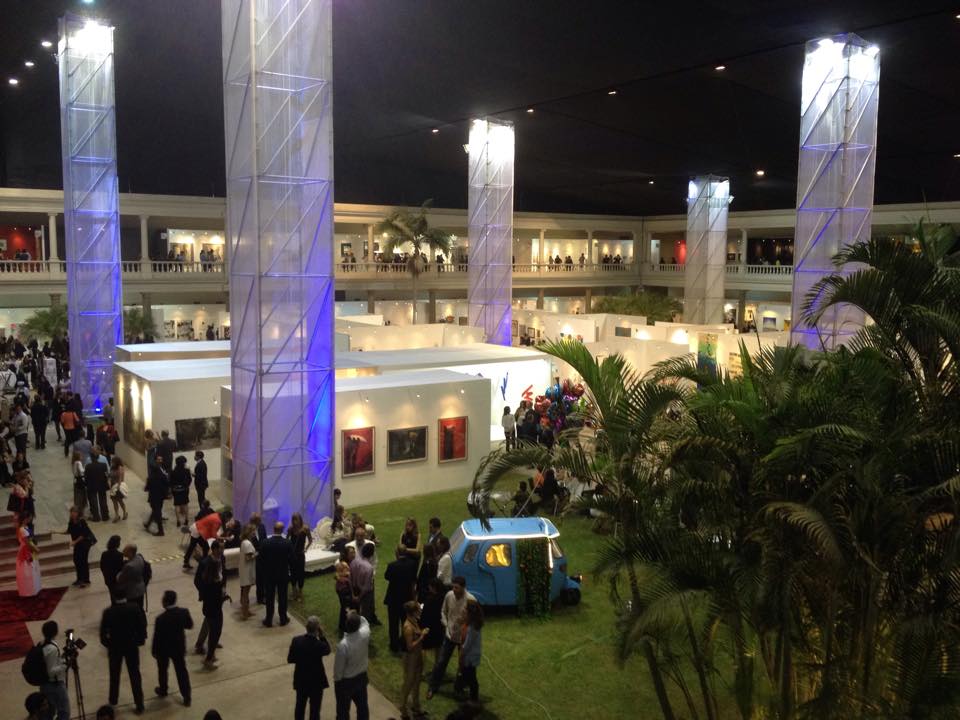 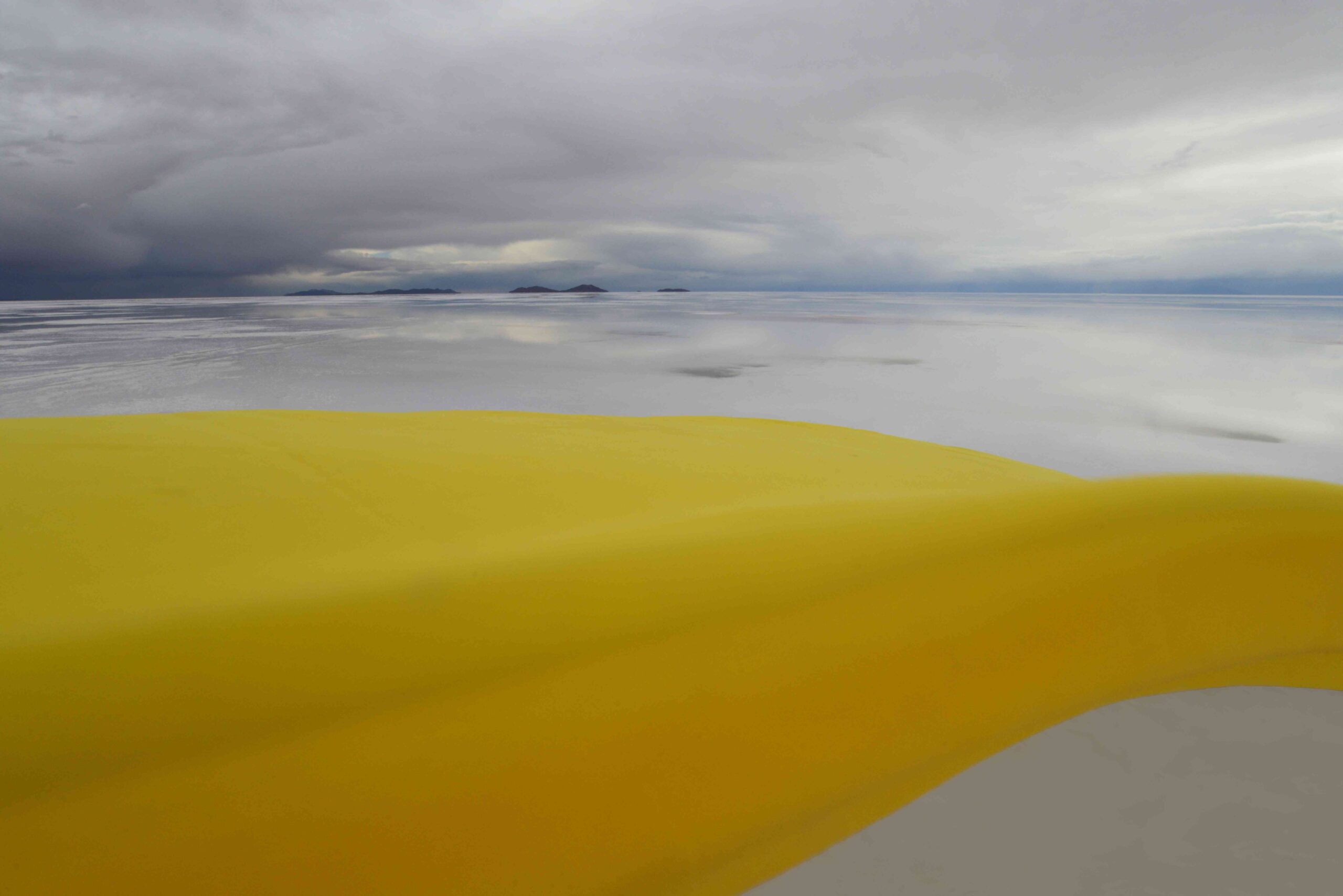 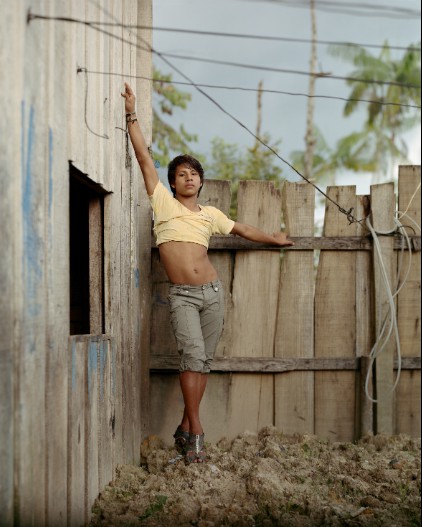 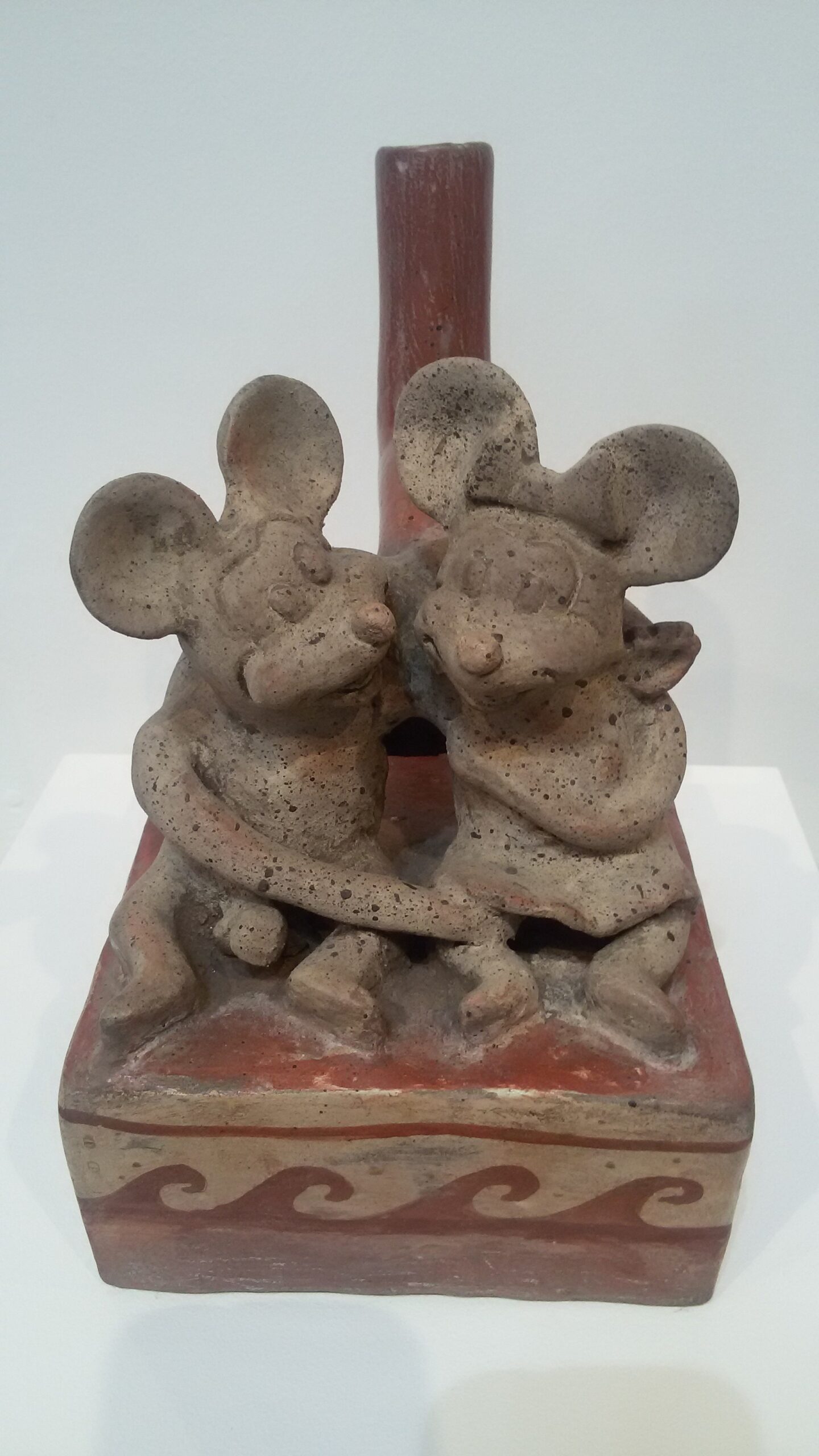 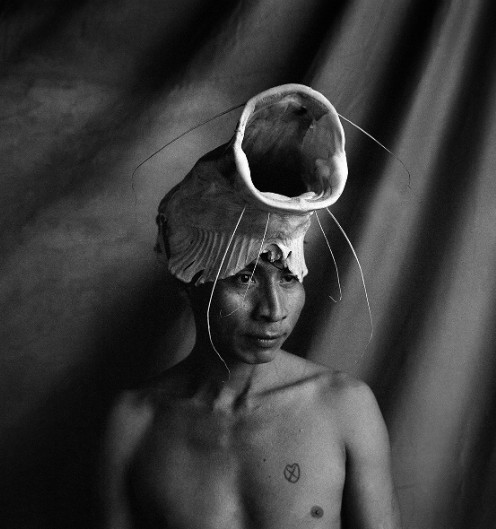 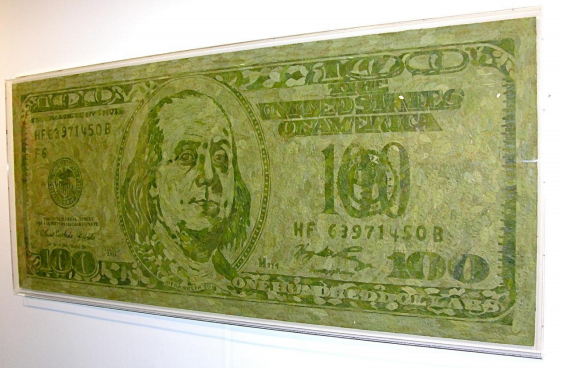 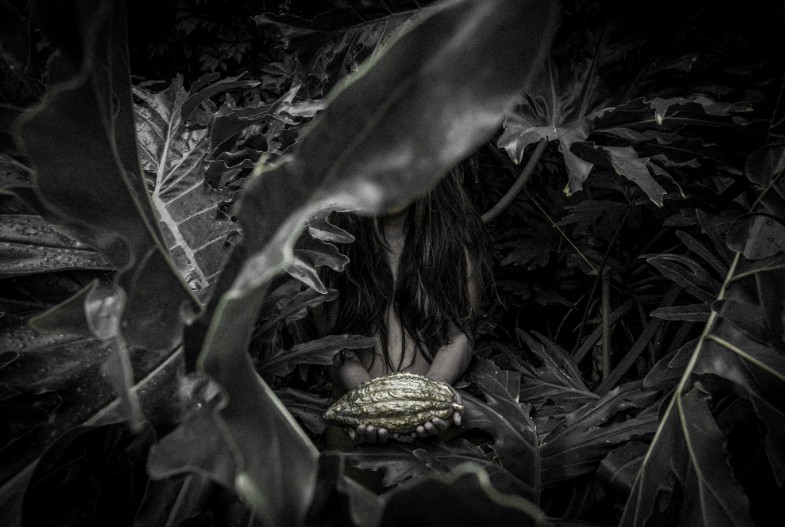 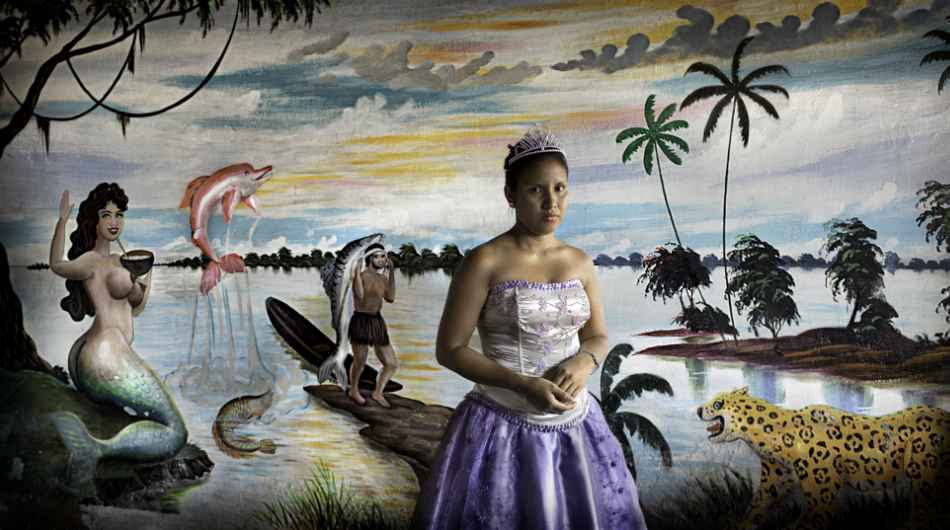 Just to mention a few of the works that caught our eye, there was a series of photographs and some paintings of scenes from the Amazon, focusing primarily on the locals rather than the animals. Below, photos of the works of Javier Silva, Marcos López, Thomas Lucke Hobb and Silvana Pestana.

Another very interesting exhibit by Colombian, Nadín Ospina, was Moche art inspired ceramics with a twist–they depicted Mickey and Minnie Mouse or other caricatures.

Recent gallery participants came from far and wide and of course some from right here in Peru such as Impakto, Vértice y Cecilia González Arte Contemporáneo.

Art Lima is open from 2pm to 9pm this Thursday through Sunday. Tickets are available in Teleticket locations in Wong or Metro supermarkets or at the entrance to the event. The prices are 25 soles for adults, 18 soles for the elderly, 15 soles with student ID, and children under 12 enter free.

Machu Picchu and very much more: Aracari’s centenary celebrations On July the 24th 1911 Hiram Bingham III first stumbled across Machu Picchu, the first outsider to visit the ruins with the intention of studying them ...
The Dakar Rally: First Time in Peru Aracari's Weekly Insight The Question: Which world-renowned rally races its way into Peru for the first time today? The Answer: Having alrea...
Aracari Trip Report on The Atacama Desert Visiting the Atacama Desert  Aracari's Founder Marisol Mosquera shares a series of reports from her trip across Chile, Bolivia and Peru in July 2012 ...
Peruvian food once again in the headlines We are firm believers that cebiche should be enjoyed near the water like in La Mar San Francisco. Next time you hit San Francisco check out some of th...
Pentecost Festival Señor de Choquekillka in Ollantaytambo *Photo credits to RPP Noticias for images of the Danzaq and Saqra dancers featured above. Festival in Peru, Señor de Choquekillka From now through S...
A Short Sacred Valley Hike Off the Beaten Path The Sacred Valley of the Incas is a paradise for all types of travelers - but no matter what you love to do, I highly recommend you take one day durin...
Previous postThe Best Museums in Peru
Next postThe View from Above: Riding the Cable Cars in La Paz, Bolivia