Peruvian Cuisine for the World: Cebiche and Pisco Party, Barcelona

On Monday, October 1st, I had the privileged opportunity to attend the Cebiche and Pisco Party in Barcelona, Spain.  Held at the Palau de Padralbes, with its manicured garden and royal roots, this elegant setting was absolutely perfect for this stylish yet informative affair.

The event, promoted by the Ministry of Foreign Trade and Tourism & PromPeru, aimed to showcase Peruvian cuisine via emblematic ceviche and pisco paired with the film “SABE PERU: Cuisine as an agent of social change” featuring world-renowned chefs Gastón Acurio’s and Ferran Adriá’s exploration of the connections between gastronomy, identity, and the fight against poverty in this Andean country. The film, which was previously highlighted in our blog post, “Peruvian Cuisine: A tool for Social Empowerment,” aims to foster progress and development of Peruvian cuisine for the world and has been presented at various events including the prestigious Festival of San Sebastian.  Similar promotional tasting and film events to be held in Paris, Berlin, and the United States have also been reported.

Thanks to Peruvian-native Gastón’s deeply rooted connections to the cuisine world, this prestigious gathering was possible and had caught the attention of Catalan and Spanish chefs as well as famous film directors alike. Among the guests and hosts in attendance were Ferran Adriá (no introduction necessary!), head chef Joan Roca of El Celler de Can Roca (annually awarded three Michelin Stars since 2009), owner and head chef of Arzak in San Sebastian Juan Mari Arzak (who traveled with Aracari in 2005!), and the talented Peruvian writer, producer, and film director Claudia Llosa (awarded the Teddy (2012) and Golden Bear (2010) Awards at Berlin International Film Festival). 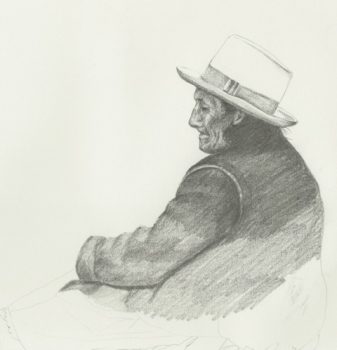 The event was wonderful, featuring pisco and ceviche tastings, debuting the documentary film, and accompanied by the musical talents of Jaime Cuadro. The evening in its entirety was a mix of glamor and style and was coupled with efforts to raise awareness of sustainable practices, qualities that Aracari identifies with and strives to infuse into every experience that we offer. For more information on Peruvian cuisine along with the culinary experiences that we provide, visit our page on Peruvian Cuisine.

You can also see a video of the event in Spanish at the following link!

Inkaterra’s Newest Hotel in the Sacred Valley: Hacienda Urubamba Welcome to Hacienda Urubamba After a strenuous morning trek up Machu Picchu Montaña and a day exploring the famous ruins, I was ready for an evening ...
Aracari Conversations: The May Highlights The last month has been a turbulent time for many around the globe, not least the travel industry. Under lockdown, we at Aracari have evolved how we c...
Chachapoyas In The Media The Los Angeles Times just featured an article "Clues from the mists of time" about a little-visited region in northern Peru: Chachapoyas. Chachapoyas...
Medicinal Plants of Peru For thousands of years people of the Andes and the Amazon have relied on herbal medicines to treat common ailments like headaches, infections and infl...
KusyWasi Villa: A Private Alternative to Urubamba Valley Hotels Of the many accommodation options in Peru’s Urubamba (Sacred) Valley, we have recently come across a very special and unique alternative being offered...
MATE Exhibit Legends in Light by George Hurrell The Museum of Mario Testino (MATE) in Barranco introduced its first exhibition of the series “Masters of Photography” in its temporary exhibits salon,...
Previous postVancouver exhibit of Peruvian silver, including pieces from Larco Museum in Lima
Next postFreewheeling across the Andes: Peru Motorcycle Tours