Exhibit of Peruvian Artifacts at the National Geographic Museum 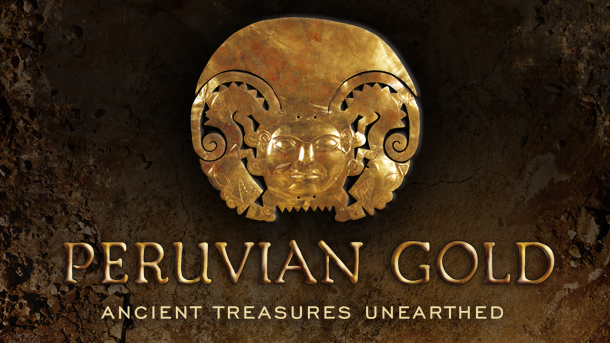 Peru, a country rich in gold, silver and other precious metals, has been a treasure trove of artifacts from ancient cultures, whose crafsmanship rivaled that of the Ancient Egyptians and has fascinated archaeologists and historians for over a century since some of the first excavations began. These fantastic pieces are displayed throughoutt museums in Peru like the Larco Museum in Lima, which boasts one of the most extensive and rich collections in the country. However, for a short time, selected artifacts will make an appearance for the first (and possibly last) time in the United States.

From now until September 14, 2014, the National Geographic Museum of Washington D.C. will have an exhibit of Peruvian artifacts titled “Peruvian Gold: Ancient Treasures Unearthed”, showcasing pieces from pre-Inca cultures. Arranged by Fredrik Hiebert, a National Geographic Archaeology Fellow and guest curator, the exhibit features over 100 objects from national museums throughout Peru. National Geographic has a long history of archaeological discoveries and exploration in Peru, beginning with Hiram Bingham in the early 20th century. This exhibit celebrates that rich relationship that has resulted in the excavation of innumerable treasures and will give visitors the unique chance to see these artifacts in 3-D rather than print on the pages of the magazine. The artifacts that include a variety of gold, silver, ceramics and textiles are from civilizations that existed as far back as 1250BC in Peru.

The exhibit highlights two particular pre-Inca cultures from the north of Peru, renowned for their craftsmanship in gold and silver: the Moche and the Sicán. The Moche were one of the most important pre-Inca civilizations that developed on the northern coast of Peru between the 1st  century BC to the 8th century AD whose pyramids and temples contain murals, artifacts and remains of important Moche leaders that have provided archaeologists a wealth of information about this ancient culture. Discoveries continue to be made on the north coast, including the exciting excavation in 2005 of the mummy of an important Moche leader, the Priestess of Cao, found in her tomb with a crown of gold and other pieces that indicated her power. In an informational video, Hiebert describes one of his favorite pieces in the exhibit, which is a Moche mask in the form of a human holding two dragons with feline heads, which he explains, in addition to being impeccably crafted, is iconic of the world view of the culture.

Likewise, the Sicán civilization, active about 1000 years ago (after the Moche), provide the exhibit with one of the most noteworthy pieces on display, El Tocado, which is an incredible pre-Columbian headdress that is, “the largest and most ornate” ever found from the Sican Museum in Lima.

This is a special opportunity for those in the United States to see some of the finest Pre-Columbian art pieces of Peru, as Hiebert states in a video that introduces the exhibit, “This is the only time any of these pieces will come to the United States and probably won’t come back again.”

If you don’t get a chance to see the exhibit in D.C., but you do have the opportunity to travel to Peru, be sure to check out our North Coast itinerary that will highlight the best of what is known as “The Moche Route”, visiting the most fascinating and important museums and archaeological sites of the north. Contact us for more information.

TripAdvisor Recognizes Museo Larco As The Best Museum in South America TripAdvisor’s Traveller’s Choice Awards have recently released the 2018 list of the top museums in the world.  Lima’s Museo Larco has been recognized ...
Chavin Culture Exhibition Opens at MALI The Chavin Culture The Chavin Culture is an extinct culture that developed between 1500 and 300 B.C. in the highlands of the Peruvian Andes and its i...
A Guide to the Best Specialty Museums in Peru Peru’s long history and diverse culture has inspired many museums and art galleries. If you visit Peru, you must visit a museum or two; but which ones...
Juanita Mummy Arequipa: The Incan Ice Maiden A visit to see the Juanita mummy Arequipa, at the Andean Sanctuaries Museum, is a must while exploring Arequipa, Peru's second largest city. At this s...
Pedro de Osma Museum Peru is a country rich in cultural history, with ancient civilizations ranging from one of the oldest in the world - the Caral civilization that dates...
Tags: Peru museum
Previous postCosmopolitan Capital: XXIV Jazz Festival in Lima
Next postMiraflores Park Hotel in Lima Reopens after Renovations