Candelaria Festival in Puno Pays Homage to the Virgin of Candlemas 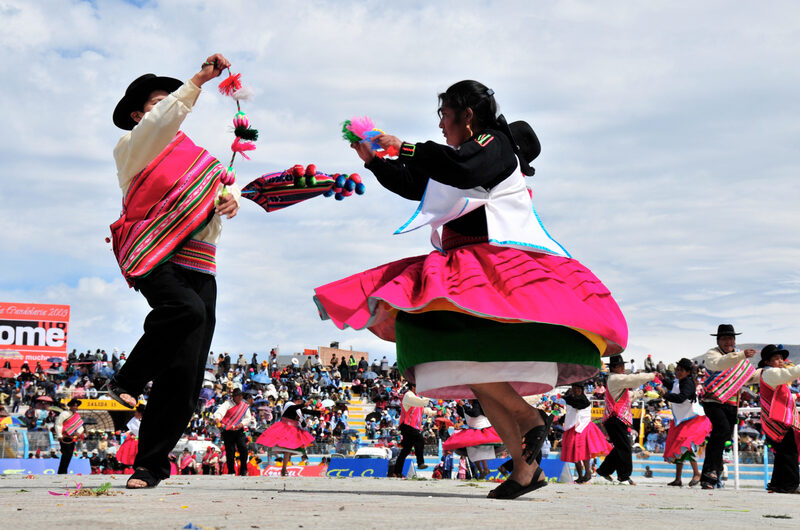 The month of February is filled annually with festivities and carnivals in many corners of the world; Peru is no exception. The first two weeks of February are replete with colors, music and dancing as people flock to Puno, a city in the Altiplano on Lake Titicaca, to celebrate Puno’s patron saint during La Fiesta de la Virgen de Candelaria. The Candelaria Festival is one of Peru’s top festivals and recognized by UNESCO as Intangible Cultural Heritage of Humanity. Read more on Peru’s best festivals and down a free festival calendar to help plan your trip to time with the top cultural events and festivities.

Candelaria Festival is often compared to Carnival in Rio de Janeiro, Brazil, and Carnival in Oruro, Bolivia, because of the sheer size of the event, number of participants and the mix of Catholicism with beliefs and traditions of native cultures. Every year the celebrations in Puno include hundreds of thousands of dancers in amazingly detailed and colorful costumes, along with tens of thousands of musicians who reenact hundreds of traditional dances in a stadium, as well as more informally each day in the street. Preparations for the festival are extensive and start almost a year in advance, whereby thousands of directors, sponsors, embroiderers and artisans work throughout the year creating the masks, boots and shoes, bells and other items that adorn the dancers and musicians. These skills are passed on to younger generations through rehearsals and artisan workshops. 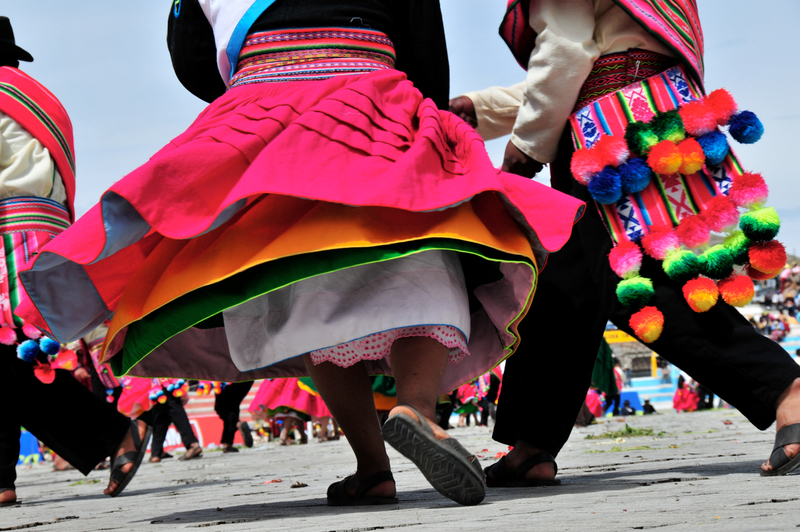 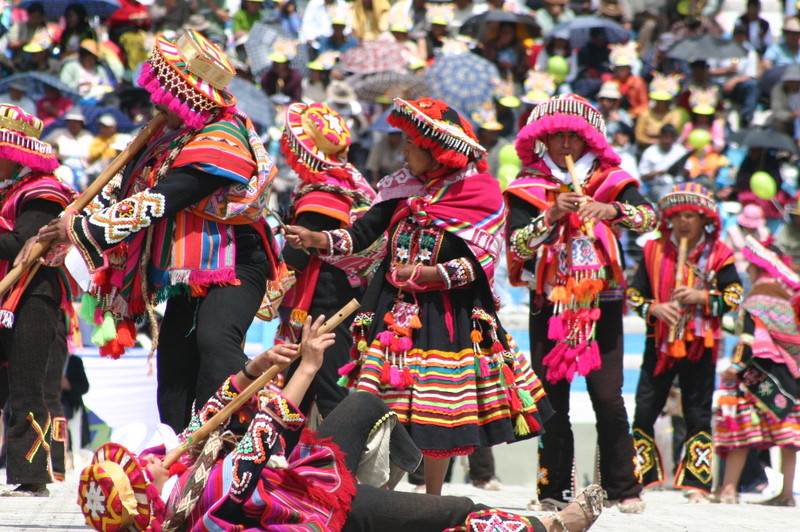 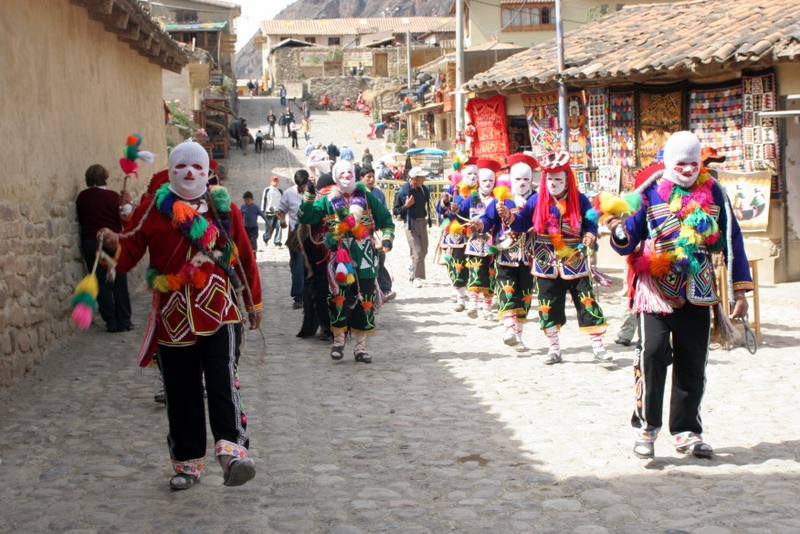 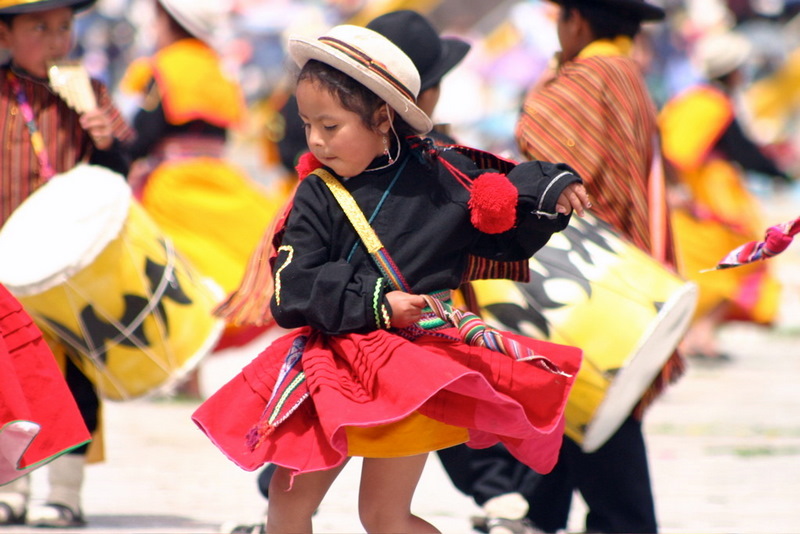 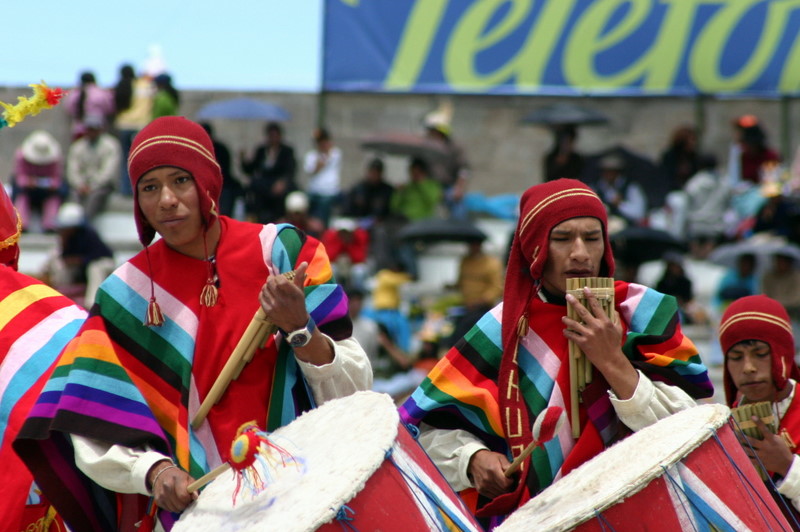 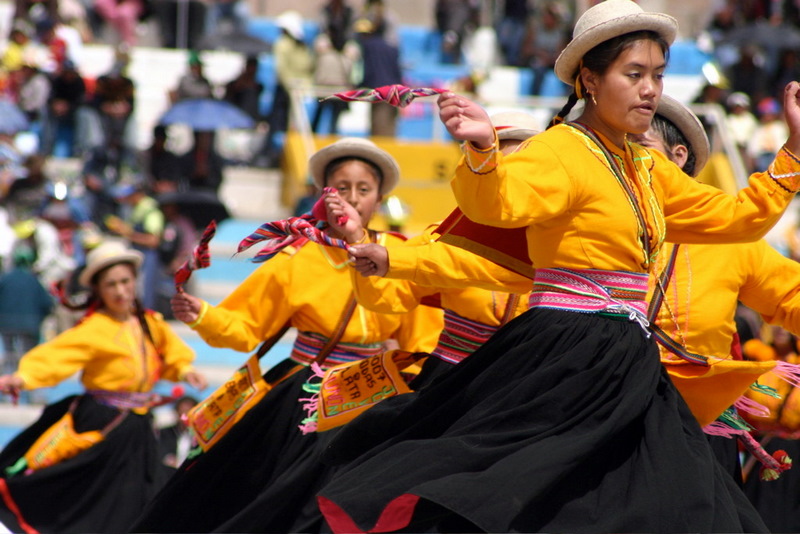 The blending of folkloric traditions, like the Inca culture’s reverence of Pachamama (Mother Earth), and Catholic traditions, like the Virgin of Candlemas, is apparent during this festival. In colonial times many indigenous people used Catholic saints to mask their reverence of Andean deities. The celebration dates back to the 16th century when many Catholics from the Canary Islands in Spain emigrated to the region. The story goes that the Virgin of Candlemas, a representation of the Virgin Mary, became the patron saint in 1781 after an outnumbered and discouraged Spanish colonial army miraculously saved the city of Puno from siege by the indigenous Aymara army. They carried the statue of the Virgin throughout the city one desperate night and in the morning the attacking army retreated, as if in answer to their prayers.

The present day festival consists of a pilgrimage at daybreak on February 2nd followed by a mass at the San Juan Bautista Church and later a folkloric dance competition; dance troupes from all over the region compete to please the Virgin and to win bragging rights for the year. The festivities continue as a statue of the Virgin is carried through the streets during a procession accompanied by music and dancing. For the remainder of the week colors, music, dancing, and crowds fill the streets. The festival ends with a ceremony paying homage to the Virgin, a five-kilometer parade through the city, and a farewell mass.

Similarities to Carnival in Oruro

There are many similarities between the Carnival in Oruro in Bolivia and the Candelaria festival in Puno, such as their celebration of the Virgin of Candlemas and the famous Diablada dance, an interpretation of the battle between Archangel Michael’s army and the forces of Satan or the struggle of good versus evil. In addition, both are recognized by UNESCO as an Intangible Cultural Heritage of Humanity.

Puno’s Candelaria festival is among five other UNESCO Intangible Cultural Heritage practices unique to Peru. Peru also has eleven recognized UNESCO World Heritage Sites and seven sites awaiting recognition. These are just a few of the reasons why Peru is a top travel destination for those seeking an authentic cultural experience.

Planning a trip to see Peru’s Festivals with Aracari

If you’re interested in experiencing La Fiesta de la Virgen de Candelaria Festival or any of the other fascinating festivals in Peru or Bolivia, contact us for more information to plan a private, tailormade trip.

Qoyllur Rit’i   Peru is famous for its rich culture and colorful festivals, Qoyllur Rit'i festival is an impressive high-altitude pilgrimage in the Cusco re...
Our Top Honeymoon Experiences In Peru Peru is a captivating land of striking natural beauty, remarkable ancient heritage, and increasingly cosmopolitan culture - reflected especially in it...
Santuranticuy Cusco Christmas Market The days before Christmas in Cusco are filled with equal parts excitement, holiday cheer...and crafts projects! Santuranticuy Cusco Christmas Market, ...
New Years in Peru: Traditions & Celebrations Some countries have one or two New Year's Eve traditions, but New Year's in Peru has traditions a dime a dozen. The night before welcoming the New Yea...
Discovering Taquile Island, Lake Titicaca Taquile Island On a recent visit to the expansive and picturesque Lake Titicaca, James and I were rewarded with a visit to a community unlike any oth...
Active Experiences in Peru – Part One Finding action and adventure is easy when you’re in Peru. From horseback riding to cycling, mountain trekking to surfing; there’s something for everyo...
Tags: festivals in peru Lake Titicaca
Previous postDefying Gravity at Pirqa Climbing Wall Lima
Next postHorse Riding Sacred Valley