Aracari’s Weekly Insight #18: The best coffee in the World

Question:
Which Peruvian Coffee is known for being the best coffee in the world? 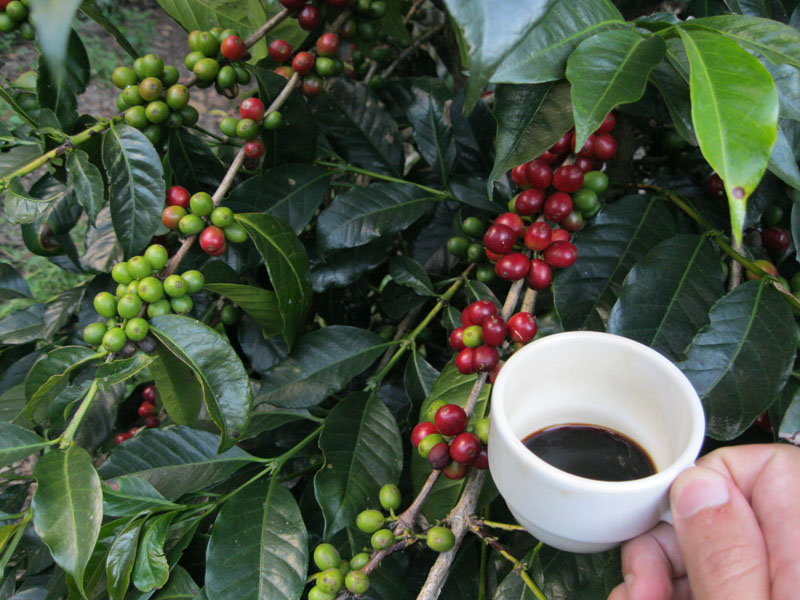 Answer:
Tunki Coffee is the Peruvian Coffee known for being the best coffee in the world after it was voted as such by the Specialty Coffee Association of America in 2010. The coffee is grown in the Puno region of southeastern Peru by the farmer Wilson Sucaticona. His plantation, which covers only 3 hectares of land, is located in the Sandía valley in the high rainforest region. The coffee beat other contenders from countries such as Colombia, Kenya and Guatamala, and since winning the prize it has become very popular worldwide.

Peru is becoming increasingly renowned for it’s coffee: it is the World’s biggest producer of certified Organic coffee and it has secured a booming trade across the globe by retaining very competitive prices. The ideal climate for coffee growing can be found on the Eastern slopes of the Andes moving into the rainforest, as the climate turns warmer in the higher reaches of the Amazon. Big producing areas are Chanchamayo, Quillabamba and Northern Peru.

If you are in Lima, perhaps the best place to try and buy Tunki coffee is at Arabica Espresso bar on Recavarren near Park de Kennedy in Miraflores. This has become a very popular café amongst locals as it is renowned from sourcing coffee only from the best Peruvian plantations. As well as the location in central Miraflores, Arabica are soon to open a second venue on the plaza municipal of Barranco.

Preparing for a Trek in the Andes Bolivia and Peru offer up some of the most breathtaking trekking routes in the world, so it’s no wonder that an Andean trek makes it on to so many buc...
Aracari Travel named Condé Nast Traveler 2009 Top Travel Specialist We are delighted to share the news that Marisol Mosquera/Aracari Travel was just named one of the 126 Top Travel Specialists by Condé Nast Traveler. ...
Horse Riding Sacred Valley A few months ago, while visiting Cusco, I had the opportunity to go horseback riding at Hacienda Huayoccari, a lovely, traditional hacienda owned by t...
The Inca Wheel and Inca Road Network Did the Incas have the wheel? Although the Incas were very advanced and did in fact know about the concept of the wheel, they never developed it in pr...
The View from Above: Riding the Cable Cars in La Paz, Bolivia La Paz from the air Sitting at an altitude of 3,650m (almost 12,000 ft), the cable cars in La Paz offer an unbelievable view of the city spreading as...
Casa Prado Lima: A 17th Century masterpiece This month we are celebrating! The restoration of Casa Prado, a dilapidated 17th Century house of major historic, architectural and artistic importanc...
Previous postLodge-to-Lodge Salkantay Trek
Next postPinta 2011: Aracari at Contemporary Latin American Art Show in London