The Opening of the MALI Permanent Collection

This Wednesday afternoon, there was no lack of diversity amongst the crowds at Lima’s illustrious Museo de Arte de Lima (MALI, for short), one of the top museums in Lima. Roving students on school trips scampered past groups of nuns in habits, as tourists in sneakers and jeans mingled with freshly ironed businessmen and women on their lunch breaks. Despite their differences, every guest buzzed with anticipation for the same reason: the opening day for MALI’s long-awaited permanent collection.

For seven years, the second-floor of MALI has been closed to the public for renovations. When the reopening date was announced to be September 9, 2015, Peruvian art and culture aficionados excitedly marked their calendars and planned excursions to the famed Palacio de Exposición. The renovated permanent collection boasts 1,200 of the best pieces from an extensive collection spanning 3,000 years of Peruvian history. The exhibit is housed in an exquisite new area with hardwood floors, a resplendent octagonal skylight, and high-powered lights to best display the pieces. Naturally, I was there on opening day. 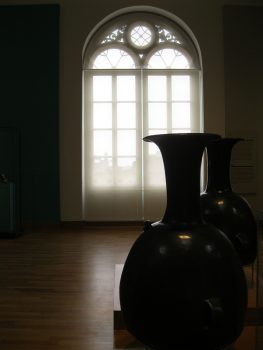 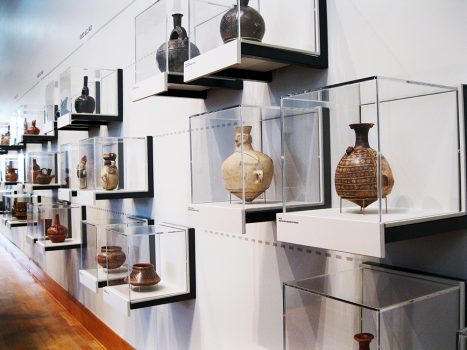 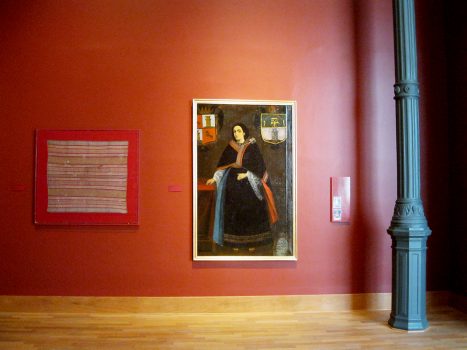 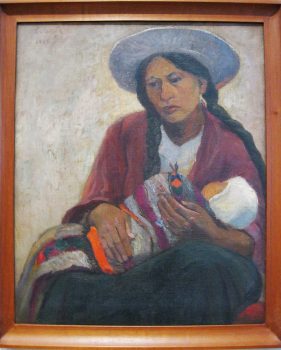 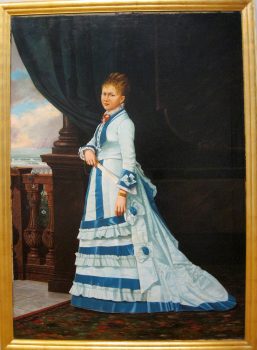 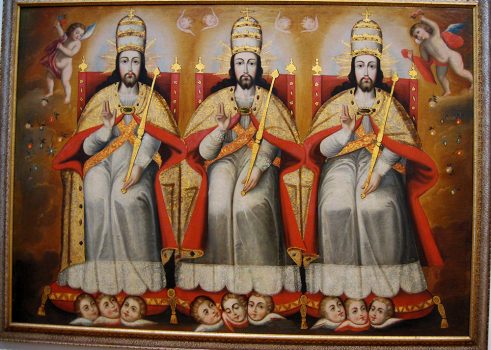 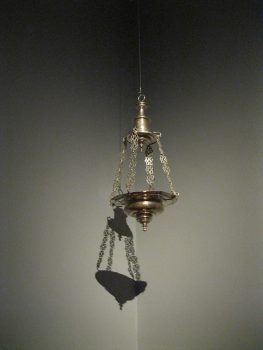 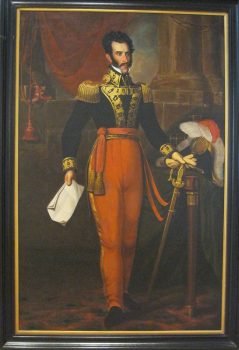 The exhibit is divided into four parts: Pre-Columbian, Colonial, Republican, and Modern art. The layout is designed so that visitors can walk “through history” in a chronological circuit while exploring offshoot rooms that delve deeper into specific topics, such as ancient textiles and metalworking. The exhibit provides an encyclopedic, illustrated history of Peru, intermixing the vast array of pottery, paintings, and photographs with the descriptions of each era’s political and social climate. Peru’s dynamic past is imbued in its rich and varied cultural legacy.

The Pre-Columbian quarters kicks off the exhibit with a timeline of pottery ranging from 1532 AD to 1200 BC. The artifacts are divided by location, so the visitors can see the variations in pottery based on the needs of myriad ancient societies that lived in Peru. The curators at MALI are especially conscientious about the Pre-Columbian exhibits, ensuring an equitable representation of civilizations that are often overshadowed by the Inca. Gloriously splayed khipus, the intricate knotted ropes used for recordkeeping, provide a glimpse as to how innovative and complex these societies were. There is a special focus on symbolism in Pre-Columbian artifacts, a crash-course of sorts in decoding the swirls and crosshatches on ancient pots and fabrics to understand their cultural contexts. I felt like a veritable archaeologist, using my newfound knowledge to decrypt the ancient puzzles laid before me.

From there the exhibit moves into the Colonial era, where the Spanish invasion brought religious iconography to the forefront of the artistic scene. As I ambled curiously through different rooms and observed how colonialism transformed Peruvian art, I became acutely aware of how changes in art, much like changes in society, are not cut and dry — influences from one era inevitably bleed into the next. Just as the colonists would grant nobility to the so-called “descendants” of Incan leaders in order to appease restless natives, colonial era portraiture would incorporate Incan elements to evoke the memory of beloved leaders. An otherwise traditionally styled portrait of Manuela Tupac Amaru, the supposed relative of the famed Inca warrior Tupac Amaru, features a traditional anaco tunic and lliclla clipped by a silver pin.

After Peru declared independence in 1821, a new era of Republican art began. The third quarter of the exhibit mainly features a long row of noble portraits, establishing the new ruling class of the fledgling nation. I could sense the country’s flirtation with its new identity, a newly independent nation determining what it stands for by harkening to the traditions of its former rulers. In this era also emerged a number of celebrated Peruvian artists, like Ignacio Merino, Francisco Laso, and Carlos Baca-Flor. Each is honored in the exhibit with their own rooms, which shows how these European-trained painters attempted to infuse local Peruvian elements into classically styled works. A touch screen allows viewers to zoom in on specific details in larger, more detailed paintings in order to fully appreciate their nuances.

The fourth and final section, Modern art, begins its collection in the 1920’s and continues to the present day. There is a resurgence of Indigenous themes in the Modern era. It is here where MALI’s curation truly shines. I turned the corner from a series of Republican era portraits of nobility to similarly composed paintings of indigenous mothers, the parallels were inescapable. The formalism and geometric themes associated with European modern art are replaced by Peruvian artists with Pre-Columbian images and symbols. And so, the circuit of the collection is complete, poetically ending where it began.

Exhibit text is written in both English and Spanish. To celebrate the new permanent collection, MALI is offering free admission until Friday, September 11. Admission is usually 30 soles for non-Peruvian residents and 15 soles for students, senior citizens, and disabled persons. MALI is open Tuesday through Sunday from 9am to 7pm (5pm on Saturdays), with extended hours and free admission on the last Friday of the month from 5pm to 10pm. Admission on Sundays also includes free guided tours and creative workshops from 2pm to 6pm.

For a roundup of all the best museums in Lima, click here.

Traveling in Peru: the time is now In the week of May 17th, 2021, Aracari marked an incredibly special occasion. We welcomed our first guest since before the pandemic back for a luxury ...
A gift guide to Peru: what to buy where After traveling to Peru with Aracari, many of our guests often return home with precious keepsakes – handmade mementos of a special adventure to treas...
How to Manage Altitude Sickness in Peru Dream vacations can be derailed by unexpected illnesses. From questionable water to pesky mosquitoes, the new stresses of unfamiliar locations can lea...
A Private Visit with Sculptor Patricia Olguin Lima Art tour with Sculptor Patricia Olguin Long have women struggled to discover and understand their relationships with their faith, distinguishing...
Conscious Travel: How Aracari Is Supporting “Peruanos Sin Agua... Social and ecological responsibility is at the heart of everything we do here at Aracari. We have always been proudly passionate about conscious trave...
The pre-Columbian city of Chan Chan The Chan-Chan archaeological site is a highlight of Peru's Moche Route,. The complex was the capital of the Chimú civilization from AD 900 to 1400. Lo...
Tags: art in Peru art museum in Peru Lima Peru Peruvian art
Previous postThe Iconic Andean Chullo Hat
Next postCeviche Cooking Class with Marisol