In 2011 Aracari sponsored the exhibit of contemporary Peruvian art, El placer es más importante que la victoria, at the Tasneem Gallery in Barcelona. Next week this exhibition will showcase at the second installation of Art 14 London, a weekend-long art exhibition beginning next Friday, February 28th at the Olympia Grand in London’s Kensington district.

The exhibit, El placer es más importante que la victoria (Pleasure is more important than victory), features the works of thirteen contemporary Peruvian artists, who offer multiple interpretations of the current movements culturally, politically, socially and economically as they are unfolding in Peru upon its return to the international community after a time of isolation and tumult that suppressed the country in the late 20th century. These artists explore the range of reactions to the economic upswing that has resulted in spirit of decadence in Peru, examining the role of image, pleasure and the body in a society coming out of a dark period marked by violence and stagnancy that lingers in the memory of those who lived it while the new generations learn from the scars it has left on the country. Striking works like the portraits by Alfredo Marquez or Harry Chavez’s “La Mente”, two conjoined skulls decorated by colorful stickers of popular images in Peru, as well as curious works like the tower of stacked, plastic glasses “Untitled” by Gilda Mantilla, reflect on stereotypes emerging from this new era marked by a celebration of aesthetics and fun in Peru. You can look at a preview of these pieces and read biographies on the artists on the Tasneem Gallery website: El placer es más importante que la victoria

As a disseminator of Peruvian culture, Aracari became involved with the exhibition as part of our effort to interpret for our guests current movements in art, gastronomy, social and political scenes as they change and progress in Peru. While our primary role in travel is to create memorable, authentic experiences that are impossible to attain without insider knowledge and local connections, it goes hand in hand with our role as purveyors of quality information and resources that will allow our guests in Peru to leave with a more profound understanding of and connection to the country.

The Art 14 London fair promises to be a fantastic event for those interested in contemporary art or simply curious about creative thinkers around the world, as the fair will feature works from 38 galleries from around the world including China, South Korea, India, Pakistan, Lebanon, Lithuania, Australia, the U.S., Cuba, Mexico, Nigeria…the list continues. There will be lectures and conferences, performances and Food4Art, a dining experience open to all ticketholders at the Art14 fair. El placer es más importante que la victoria will be at Booth 4K, which you can locate on a map at the exhibition hall. For more information and to purchase tickets to the event, check out the Art 14 London website. 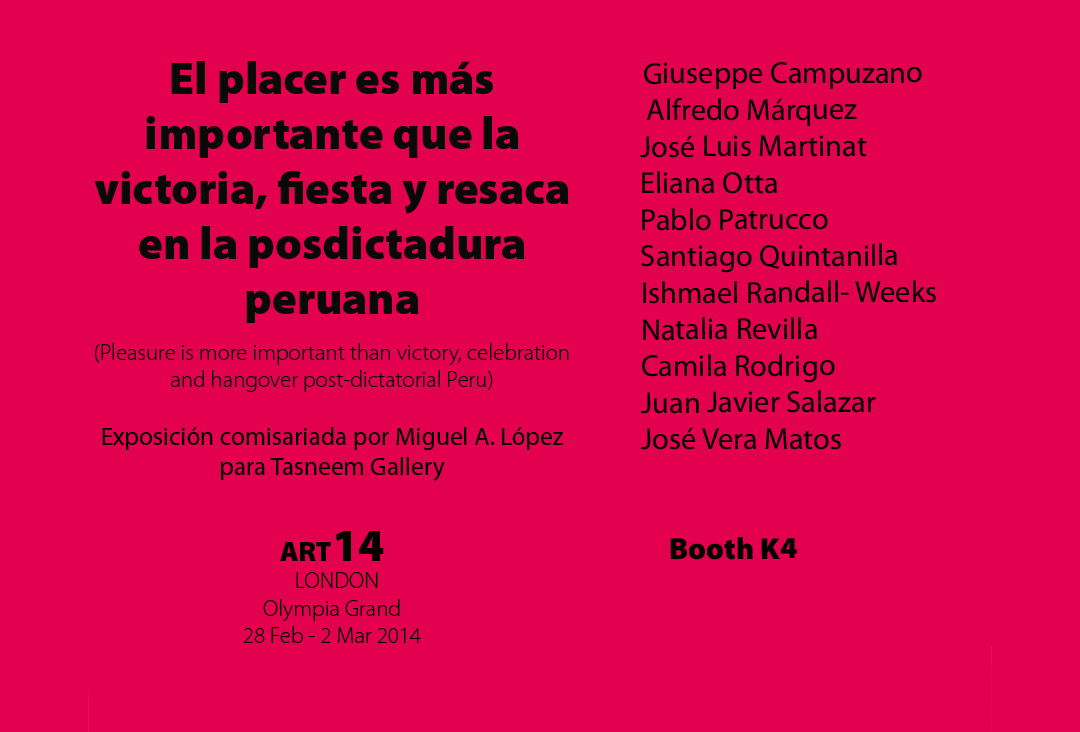 Bespoke travel in Bolivia. Tips and ‘best bits’ Aracari travel planner, Bronwen Griffith has recently returned from a bespoke travel experience in Bolivia. Here she shares stories, tips and ‘best bi...
Peru Travel Insights: The Last Refuge of the Incas, Vilcabamba Vilcabamba, the Last Refuge of the Incas The Inca’s last stronghold was at Vilcabamba. This refuge was founded by Manco Inca and it is here that the ...
Travelling To Peru with Kids: The 10 Best Activities A family trip to Peru is sure to be exciting, educational and memorable. Peru offers a wide array of experiences, and there’s something to keep every ...
A Trip to Istanbul, Turkey It was with great anticipation (and little preparation) that I boarded my Turkish Airlines flight to Istanbul last  week. Such little preparation that...
Aracari becomes member of ATTA: Adventure Travel Trade Association We're a member of the Adventure Travel Trade Association! Aracari is proud to announce we're a member of the Adventure Travel Trade Association! Oper...
Lima Sculptor Patricia Olguín Exhibits in New York City Back in 2013 we published an article on an exhibition of works by Lima sculptor Patricia Olguín at La Galeria in Barranco after Lauren, who previously...
Previous postEmbracing Art and Nature: Sculptures Along Lima’s Costa Verde
Next postBolivia Prepares for 10th International Baroque Music Festival