Plant your Future: Restoring the Amazon One Tree at a Time – Aracari Travel

Plant your Future: Restoring the Amazon One Tree at a Time 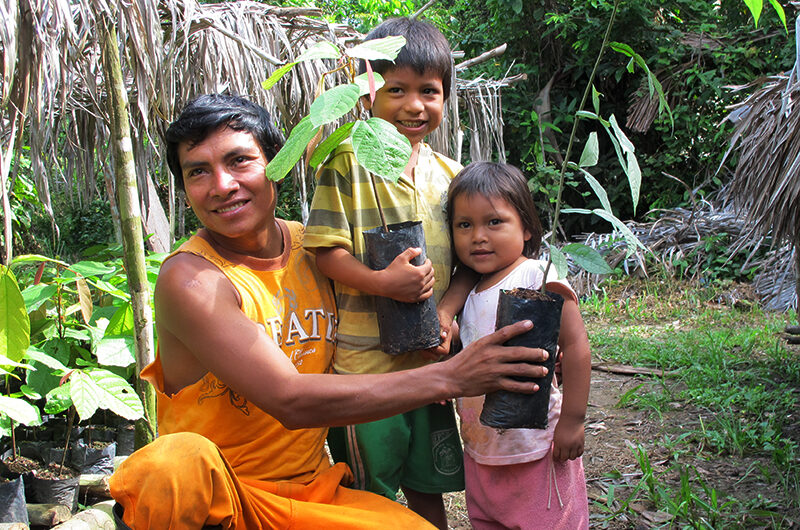 The Peruvian Amazon is one of the most biodiverse environments in the world with around 300 tree species per hectare. To put this into perspective, in all of the United States and Canada (696.9 million hectares of forest combined) there are about 700 tree species in total. Take a moment to let that factoid sink in…

Deforestation in the Peruvian Amazon

However, as is now widely recognized, a serious issue in the Amazon is deforestation. This is largely caused by unsustainable agricultural practices, namely slash-and-burn agriculture in which trees and vegetation are cut down and the rainforest is burned to clear it for farmland and grazing livestock. The soil in the Amazon is not meant to be cleared of forest, and after one or two years of farming, the land is no longer fertile and must be left fallow for a long time. The farmers must then abandon it and move on to clear another section of rainforest. 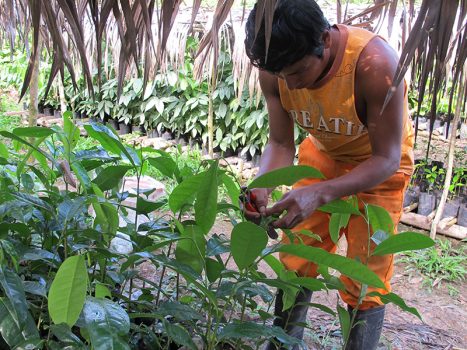 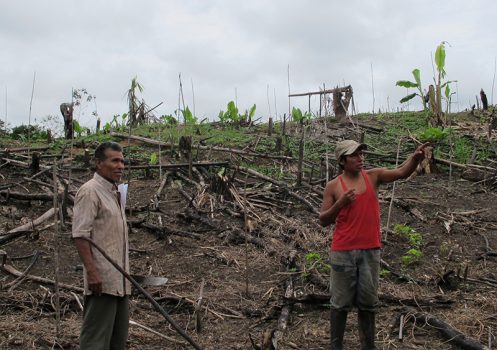 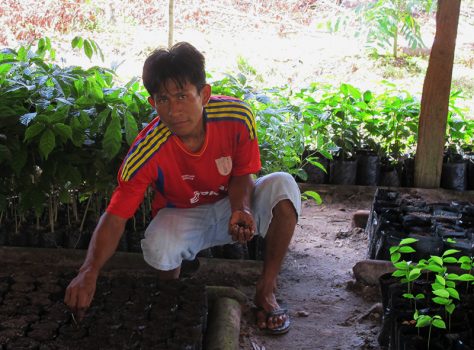 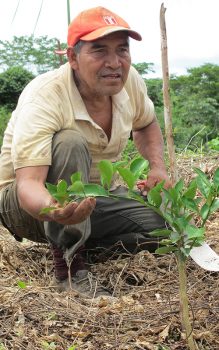 Though this method has been used for thousands of years, it can hardly be considered the most efficient agricultural practice for subsistence farmers as it causes soil erosion, destroys habitats and can lead to the permanent loss of forest. Without training in sustainable farming practices and with the need of subsistence income to maintain basic needs, farmers have depended on this method.

In the Amazon of Peru, 7.9 million hectares of land have been deforested, much of it owned by smallholder farmers. As much as 18% of global carbon emissions are attributed to deforestation—more than transportation. Moreover, the Amazon Rainforest produces 20% of the world’s oxygen, which makes deforestation a critical issue as concerns about climate change become increasingly urgent.

At this crucial moment, a grassroots organization called Plant your Future emerged in the jungle city of Iquitos. Plant your Future is a non-profit organization that disseminates sustainable agricultural practices in Amazon communities and plants trees to reverse damage caused by slash-and-burn agriculture; between 2012 and 2013 they planted 20,000 trees. Jenny Henman, a UK carbon expert, founded the organization in 2009, inspired by her trip to Iquitos nearly a decade earlier when she was researching carbon storage and discovered that the locals were equally concerned about recovering deforested land.

Working directly with smallholder farmers in the Amazon of Peru, Plant your Future assists them with planting fruit and timber trees and other crops on deforested plots to recover the land and generate revenue for the farmers who sell the products at local markets. The organization offers technical and financial support to prepare the land, create nurseries and plant saplings, and they provide regular training in the Amazon communities in silviculture (ensuring quality and maintenance of the forest growth), marketing, business strategy, carbon offsets among other skills. In this way, Plant your Future empowers the residents of these communities to become independent, sustainable farmers whose businesses not only  support the local economy and improve their quality of life, but also contribute to carbon offsetting and reforestation of one of the most pristine, delicate and beautiful environments on the earth.

Looking ahead & how you can get support this initiative

Plant your Future currently works with several communities along the road that runs from Iquitos to Nauta in the Loreto Region of Peru. However, they are developing the project in a systematic way with the long-range vision that it can be applied throughout the entire Amazon and other parts of the world.

Additionally, as more trees are planted and more land reforested, they can begin to generate funds to develop the project by selling carbon offsets. Trees absorb carbon dioxide in their biomass, removing it from the atmosphere and producing oxygen as a byproduct—they offset the carbon dioxide in the atmosphere, which is where carbon offsets come into play: purchasing a carbon offset essentially means funding a project that reduces greenhouse gas emissions. Individuals and businesses can buy carbon offsets, supporting initiatives and therefore contributing to the effort to mitigate climate change. The most important thing to consider when investing in carbon offsets is the project you are supporting.

A project like Plant your Future is one that Aracari would highly recommend for those who want to offset their carbon emissions while travelling (generated via plane, train, ship or car transportation, for example). Why? Because  in promoting sustainability while supporting the local communities of the Amazon who are at the heart of the project, the organization adheres to the principles that we look for while seeking genuine and trustworthy projects to support and promote. Local people are actively involved in deciding how the project will unfold in their communities, benefiting from the results that allow them to support their families and improve the environment in which they live.

All photos in blog article are property of © Plant your Future.

Highlights of my Peru Bolivia Chile tour By Marisol The highlights of my trip across Chile, Bolivia and Peru in July/August 2012. Favourite Hotel | Tierra Atacama Best Service | Titila...
Marisol Mosquera Among World’s Best Trip Planners We couldn’t wait to share the news: Marisol Mosquera, Aracari's CEO and Founder, has been named to Wendy Perrin’s 2020 WOW List of Trusted Travel Expe...
ARACARI’S FAVORITE INCA SITES IN PERU – AND WHY No visit to Peru is complete without a few visits to Inca archaeological sites - and there are a whole lot more to choose from than Machu Picchu. Whil...
PARC Art Fair in Lima’s Museum of Contemporary Art Wednesday evening  throngs of smartly dressed people converged upon the Museum of Contemporary Art (M.A.C.) in the Barranco district for the inaugurat...
Peru Honeymoon: Magical and Memorable Why choose a Peru Honeymoon? A vacation to Peru is described by many as a once in a lifetime trip, full of incredible experiences that create lasting...
Belmond Andean Explorer: Luxury Train Peru Last week I left the hustle and bustle of Lima and adventured south to begin a multi-day escape from Cusco to Lake Titicaca and Arequipa on South Amer...
Previous postLima City Tour with Art & History Specialist John Alfredo Benavides
Next postA Trip to Istanbul, Turkey