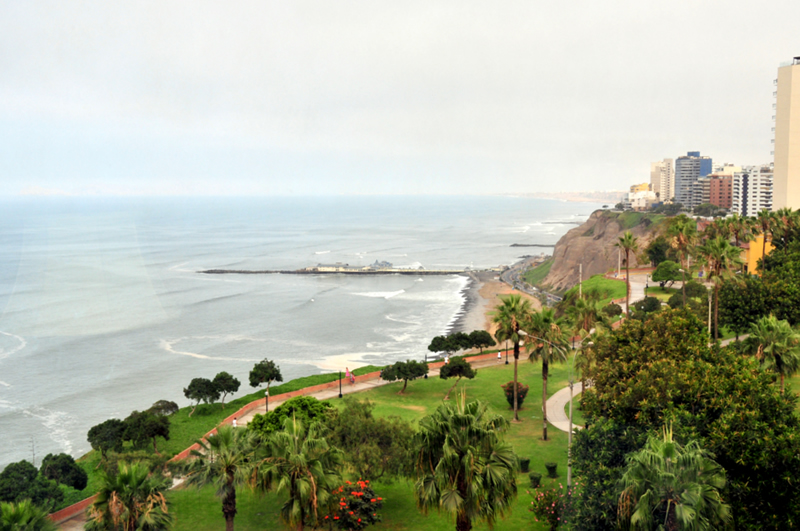 In June of 1992 the first United Nations Framework Convention on Climate Change (UNFCCC) was established at the United Nations Conference on Environment and Development in Rio de Janeiro. This treaty delineated goals for stabilizing the amount of greenhouse gases in the atmosphere without risking human interference with the climate and was enacted in 1994. The states that signed the treaty are called ‘Parties’, and now there are 195 Parties that will meet for the twentieth Convention of Parties (COP) in Lima, Peru.

From December 1st to the 12th COP20 Climate Change Conference will take place at the Westin Hotel and Convention Center in Lima’s San Isidro district.  1,951 representatives from governments across the globe will gather to draft the Sustainable Development Goals that will be signed in 2015 in Paris, setting the global environmental agenda for the next decade. The COP is the “supreme decision-making body of the Convention” and each state has a representative. The COP will review the goals determined at the conference and will decide the most effective means to implement these goals. This year the conference will concentrate on four key areas: adaptation, climate finance, mitigation and technology.

The spotlight will be on Peru as the host of this year’s conference. Peru will depend greatly on domestic and global greenhouse gas reduction in order to maintain its delicate ecosystems intact. Home to 70% of the world’s tropical glaciers, since 1970 Peru has lost 39% of these glaciers. Since 1880 the global temperature has increased by 0.85°C, and the water produced by melting glaciers around the world is just one of the causes behind the 19cm rise in the oceans. Additionally, the Peruvian Amazon is the third largest expanse of tropical forest in the world after Brazil and the Democratic Republic of Congo. Rich in resources and biological diversity, these forests are precious not only to Peru and the communities that live within them, but to the world, as the Amazon rainforest alone provides 20% of the world’s oxygen. In spite of this, 7.9 million hectares of the rainforest in Peru have been destroyed—deforestation contributes to one-fifth of global greenhouse gas emissions.

The stakes are high for Peru because it is extremely vulnerable to climate change, but it has been bold in its approach to reductions, with President Ollanta Humala vowing to completely end deforestation of primary forest by 2021. In addition, Humala has discussed Peru’s commitment to reducing environmental pollution and deforestation with the UN president Ban Ki-moon, though these goals will not be easily accomplished especially due to the problems of illegal logging and mining throughout the country.

There is a lot riding on the COP20, and it rests upon the shoulders of Mr. Manuel Pulgar-Vidal, host of the conference and Minister of the Environment of Peru, to be a successful facilitator, pressuring the largest emitters and also including the less developed countries in the conversation. The slogan this year is, “Don’t come to Peru if you don’t want to change the world”, setting a bold tone for the conference. President Humala, however, has encouraged participants to view the COP20 and the signing of the final treaty in Paris, as a new chapter in global climate change discussions and not an end or solution that must succeed or fail.

Running parallel to the COP20 this year is the Sustainable Innovation Forum 2014, hosted by the Climate Action Programme and the United Nations Environment Programme, that will unite, «world leaders, CEOs, senior executives, national, regional and city leaders, investors and industry experts» to collaborate on sustainable development initiatives and to continue growing and improving the global green economy.

Needless to say, all eyes will be on Peru this December as this crucial meeting unfolds in the capital city. For our part at Aracari, it is our philosophy to provide our guests with options for traveling sustainably by supporting local guides and community-run initiatives, working with low-impact ecolodges and promoting causes and projects that we think are contributing to the improvement  of Peruvian life and society. You can read about our approach to ethical and sustainable travel on our Ethical Travel page, where you will also find options like how to carbon offset your trip and different ways to support the communities where we operate.

Peru Rail relaunches image, different look same exceptional service Photo Credit: eaganj (Flickr) 10 years ago, Peru had one train running from Cuzco to Machu Picchu, it was very likely thatÂ one had to travel next to...
Tucked Away in the Vines: Las Viñas Queirolo Hotel in Ica Following our visit to Tacama, we were wondering what to expect from Santiago Queirolo, another widely popular Peruvian wine and pisco producer.  This...
Travelling To Peru with Kids: The 10 Best Activities A family trip to Peru is sure to be exciting, educational and memorable. Peru offers a wide array of experiences, and there’s something to keep every ...
Exhibit of Peruvian Artifacts at the National Geographic Museum Peru, a country rich in gold, silver and other precious metals, has been a treasure trove of artifacts from ancient cultures, whose crafsmanship rival...
Financial Times shares our love of Peruvian cuisine! As have continuously touted the merits of Peru's culinary treasures and are thrilled to see the Financial Times echo are sentiments! Aracari's very ow...
Lucia de la Puente stands tall amongst Lima art galleries Earlier this week, I had the opportunity to sit down with Lucia de la Puente for an inside look into the life and work of this highly-regarded gallery...
Previous postThe Welcoming Face of Aracari in Lima: Meet Raul
Next postQueuña Raymi: Planting Trees in the Sacred Valley to Alleviate Climate Change