Trek to Huchuy Qosqo in the Sacred Valley – Aracari Travel

Trek to Huchuy Qosqo in the Sacred Valley 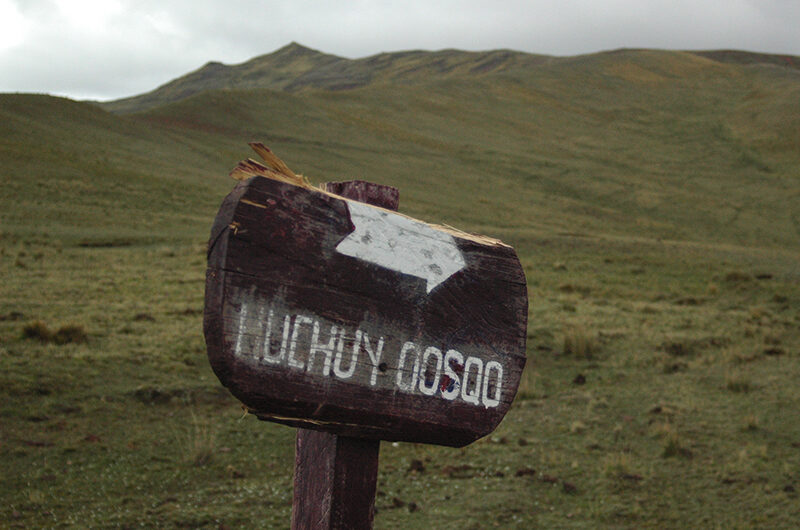 During my last visit to Cusco, I had the chance to try out a new, rigorous one-day trek in the Sacred Valley, the Patabamba Huchuy Qosqo Trek, which takes you to the fascinating archaeological site of Huchuy Qosqo, reachable only foot. The total trek is about 12-14km, which is about 7-9hrs of hiking time.

The Patabamba Huchuy Qosqo trek is challenging but offers adventure and a glimpse into the world of the Andes: you experience altitude, witness the drastically changing landscapes and vegetation, encounter wild camelids and charming villages and locals along the way.  And of course, you get the chance to explore the unique archaeological site of Huchuy Qosqo, which few people who visit Cusco get the chance to see. 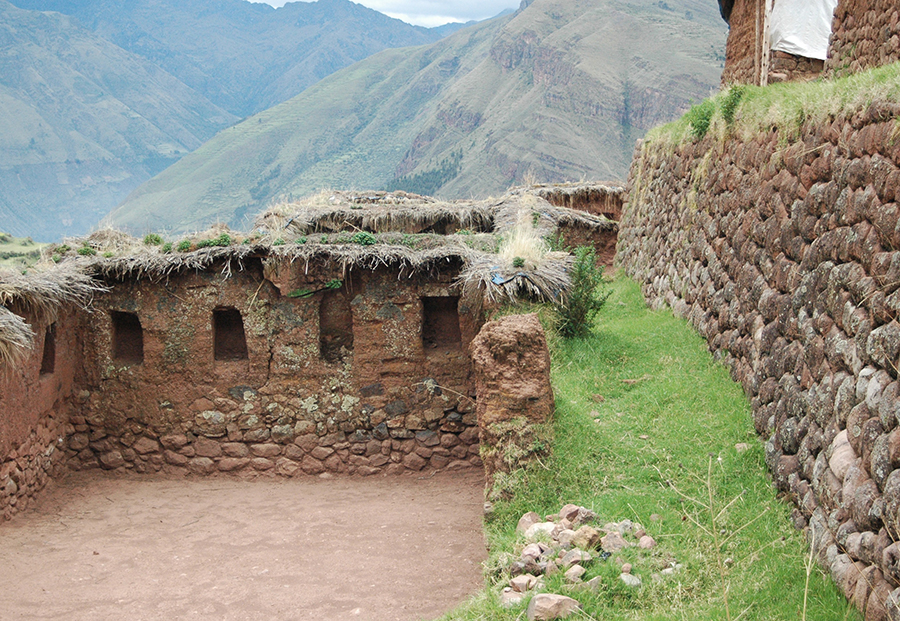 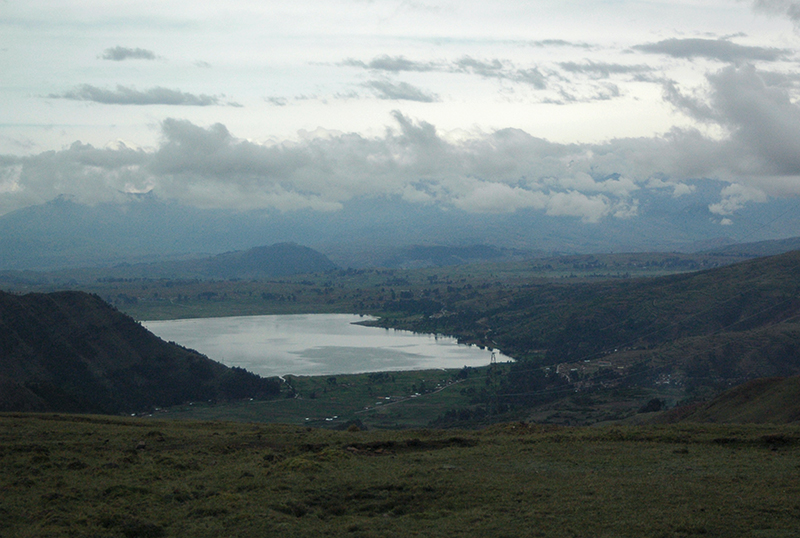 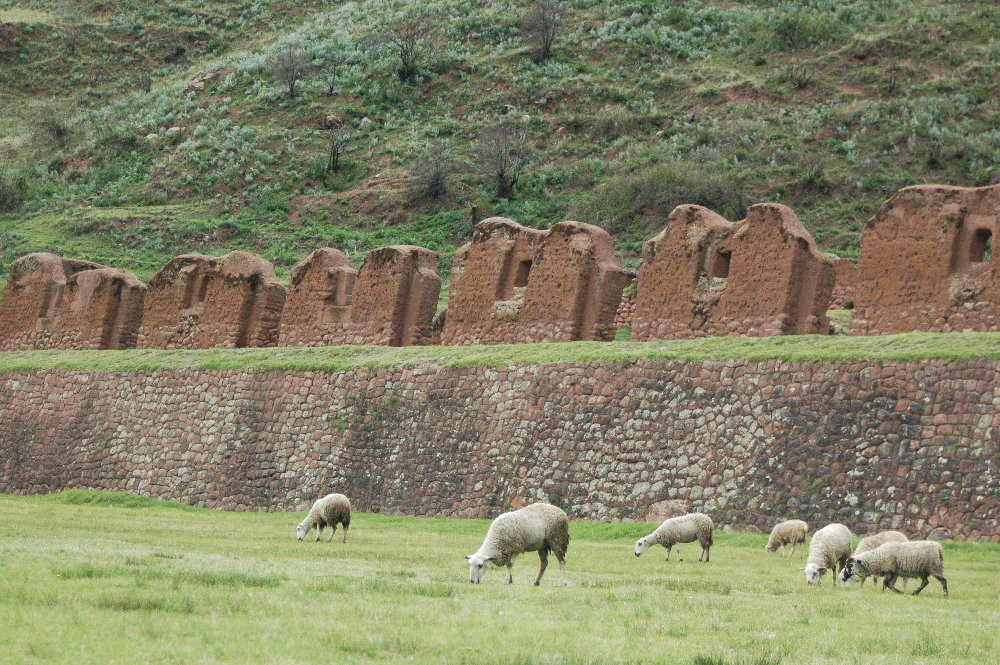 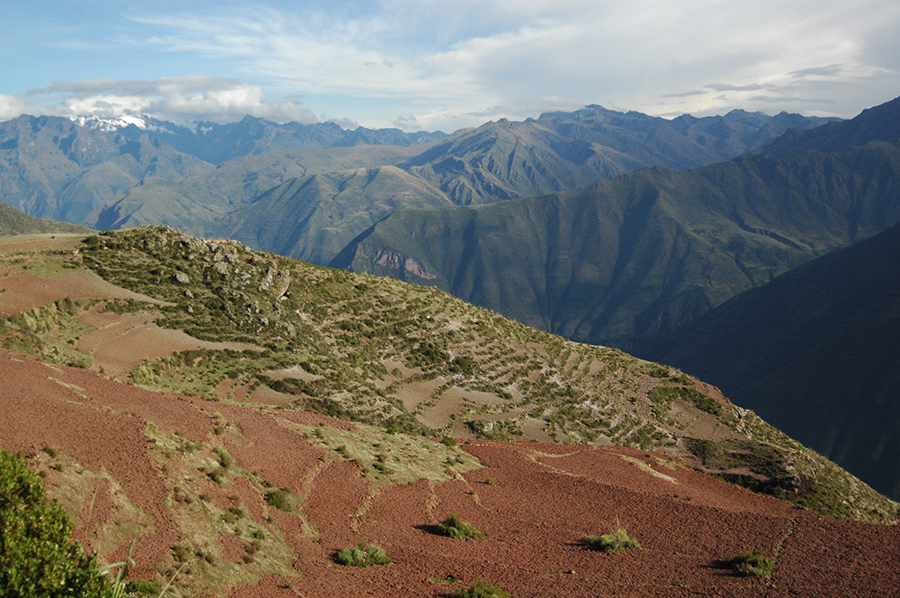 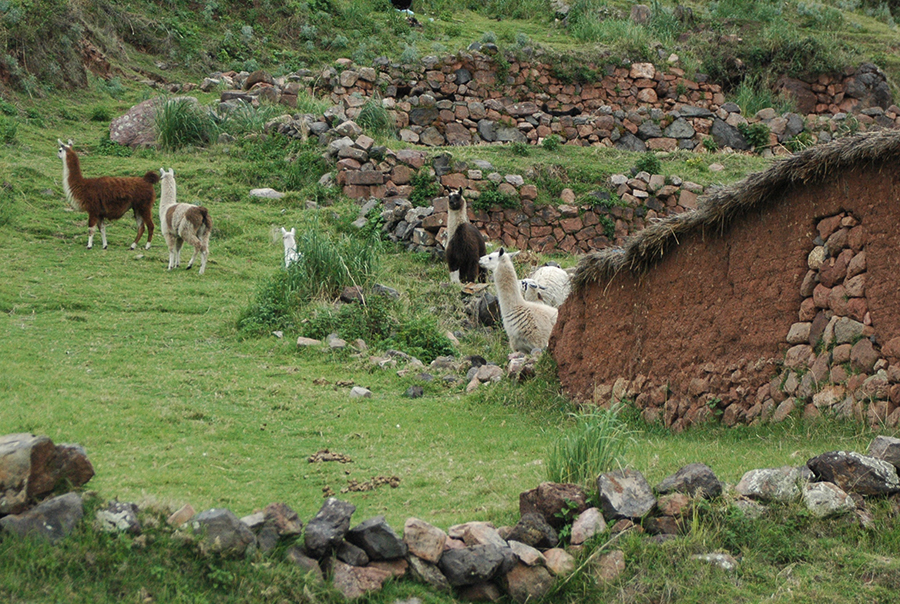 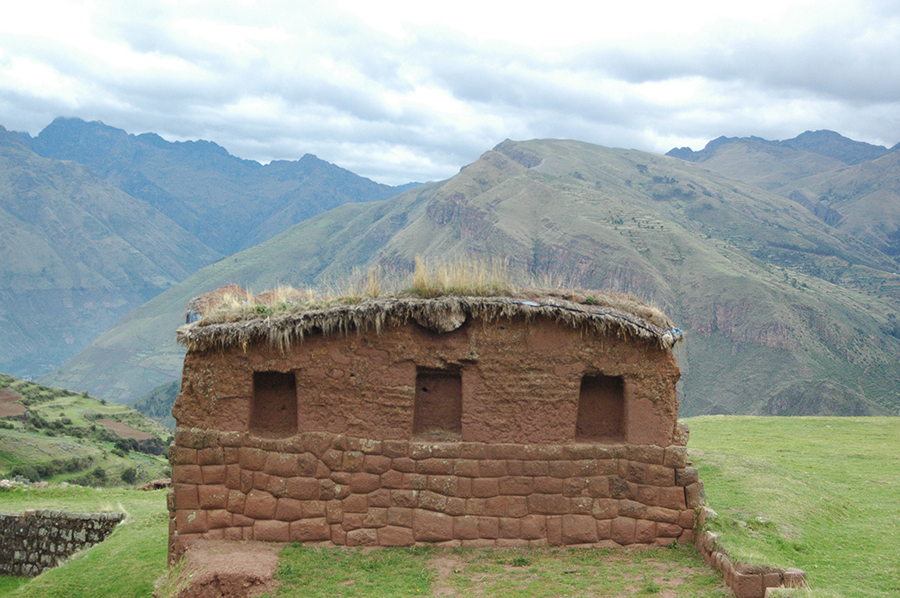 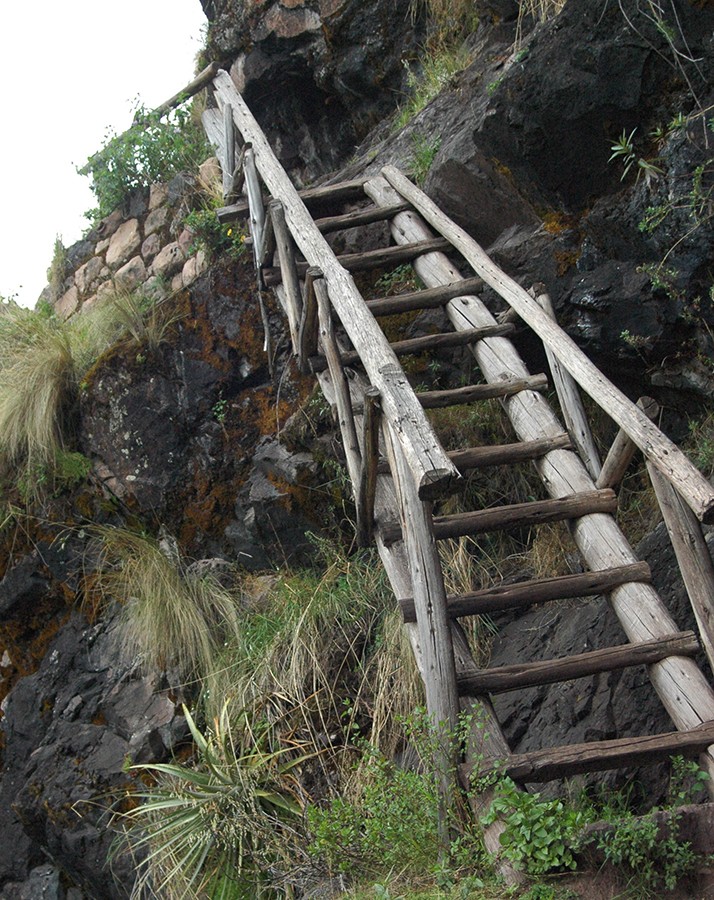 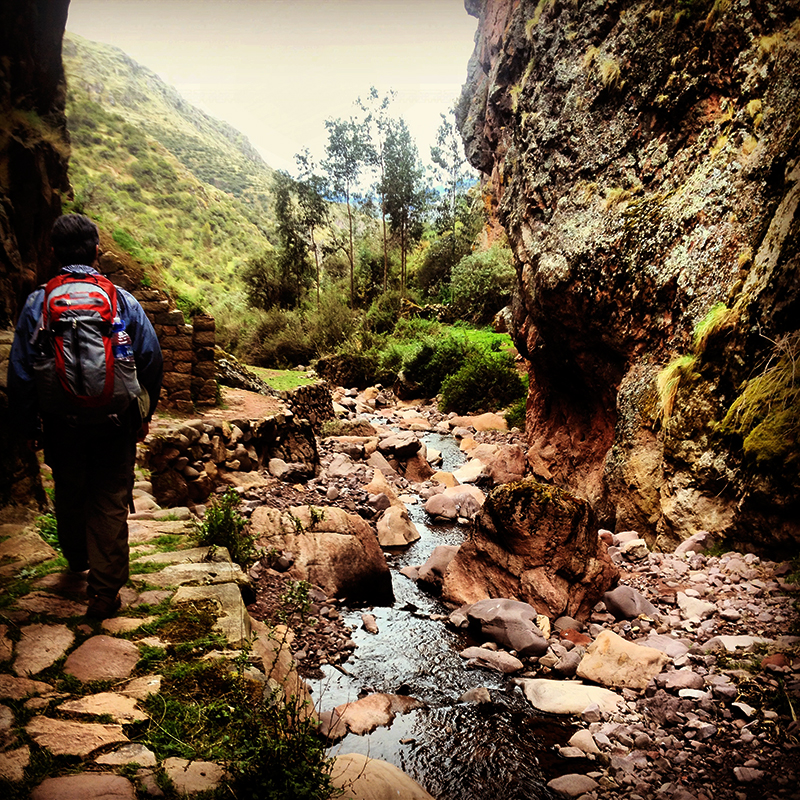 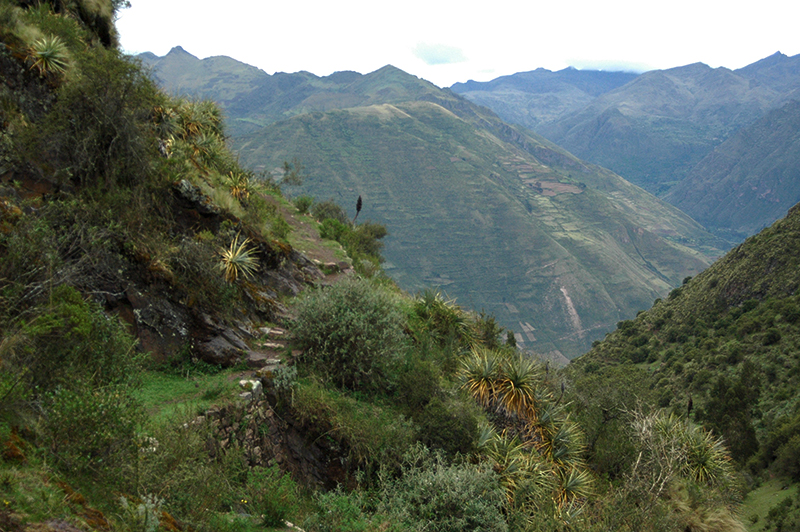 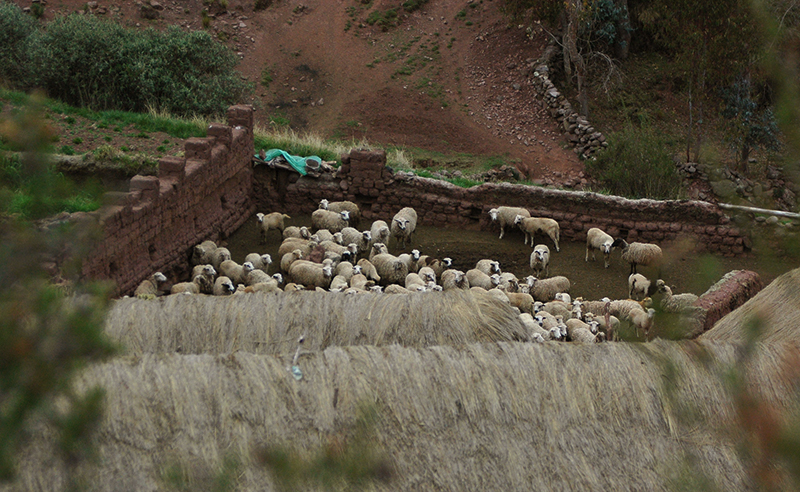 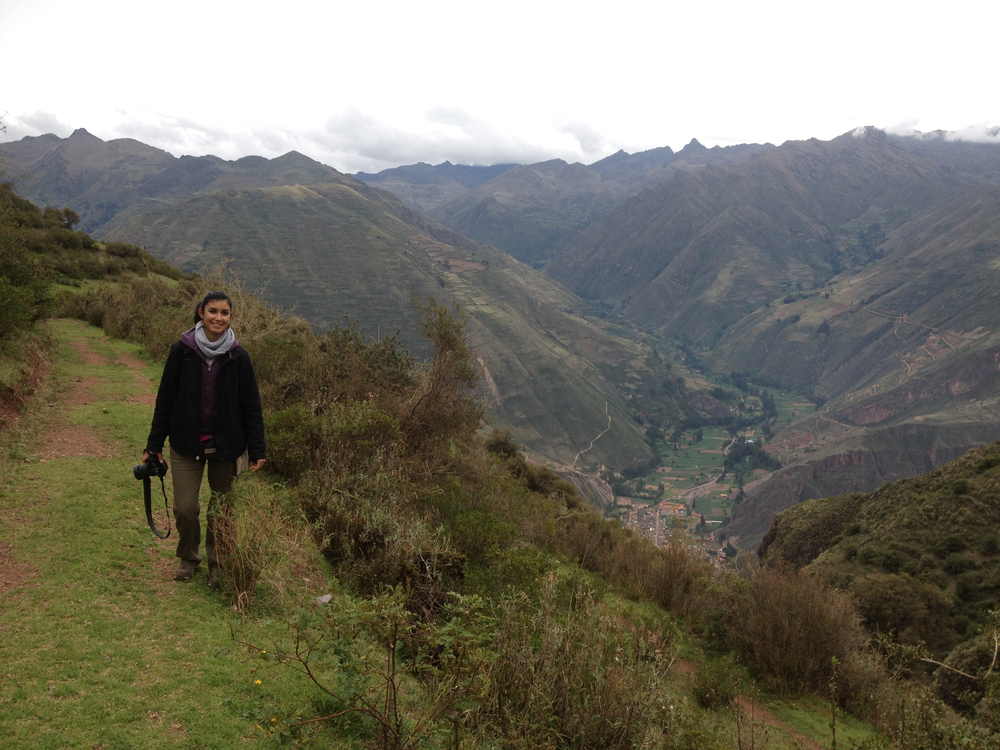 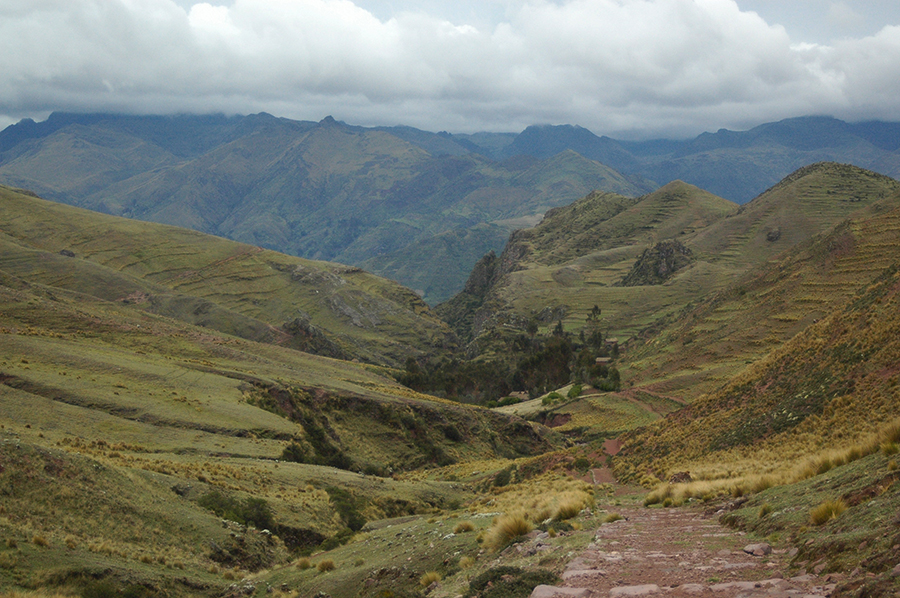 My guide picked me up from my hotel in Cusco at 5:30 in the morning on a Saturday, and we rode to a tiny town in the mountains called Patabamba, where we would begin. We had a hand-drawn map to guide us, created by the director of the Aracari treks in Cusco, who had chosen the route. From Patabamba we would begin ascending to the Huchuy Qosqo pass at 4,300m (14,100ft) and then hike down to the archaeological site of Huchuy Qosqo before descending to the town of Lamay in the Urubamba Valley.

View all our Peru treks

I could feel the effects of the altitude: my heart beat with more force and my chest felt a bit tight with the strain of the thinner air. I slowed down and took more frequent pauses to catch my breath. The climb, though challenging, was exhilarating and gave me a pleasant shot of adrenaline. At the top of the pass, there was a wooden sign indicating the direction of Huchuy Qosqo, the Inca site.

We passed through a village called Pucamarca that had only a handful of thatched roof homes with flocks of sheep fenced in the back. Then we entered a narrow gorge through which a tributary from the river passed with wooden bridges joining the banks at various points. Bromeliads grew through cracks in the stone sides of the gorge and large cacti jutted out in contorted shapes. We came upon a wooden ladder at a small drop off, and there we met a girl with her two dogs heading up the mountain to help her mother. We chatted with her, and my guide asked her how long it had taken her to climb up here. She told us that in just an hour she had walked, uphill, from Lamay, the town to which we were headed.  She did not appear to be even mildly winded by the hike. To give some comparison, what she walked uphill in about an hour, we walked downhill in about an hour and a half.

The ruins of Huchuy Qosqo

We continued toward the site of Huchuy Qosqo, which in Quechua means “Little Cusco”, and though not as spectacular as Pisac or Ollantaytambo, it is certainly worth a visit for its unique architectural elements.  Huchuy Qosqo was completed under the rule of the Inca Viracocha and was his preferred place to retreat with his functionaries. The structures are built with a mix of polished stones and clay plaster with floors made of adobe, which makes it a distinct structure from other Inca sites constructed with stone. An original Inca irrigation system stills delivers water, and there is a large kallanka, a rectangular hall used for ceremonies of the Incas, that measures about 40m (131ft). There is mention of the site in Spanish chronicles, and they used the site for farming after the conquest. During our visit, we saw a local shepherd passing through the site with his flock of sheep. There are only two ways to reach Huchuy Qosqo, and both require a trek.

After enjoying our boxed lunches at Huchuy Qosqo, we got set up with hiking poles and knee braces for the steep descent to Lamay. The route was challenging, with loose soil and pebbles that made walking downhill especially difficult. With some practice, I learned to search the path for stones embedded into the earth like footholds. Finally, as the path leveled out near the end, we enjoyed a really lovely view of the Urubamba Valley that made the struggle to get there completely worth it.

We finished our trek, crossing through a field to where our van was waiting to pick us up. I was tired, but I already felt sad as we drove off that I’d have to leave nature and return to a hotel, back to the city after such a nice reprieve into the outdoors!

If you are interested in the Patabamba Huchuy Qosqo trek, or any of our other peru treks, please contact us with any inquiries!

Exploring Colca Canyon in Peru One of our favorite places in Peru has got to be the dramatic natural beauty of Colca Canyon in the south of Peru, near to the city of Arequipa. As on...
Community Based Tourism Colca The Colca Valley is dotted with charming villages where the locals preserve the ethnic richness of their past more than any other region of Peru. Amon...
Lodge-to-Lodge Salkantay Trek While in the Cusco region, I recently took the opportunity to hike the Lodge-to-Lodge Salkantay trek, a fantastic 6 day trek to Machu Picchu that sees...
Madrigal Chimpa Fortress Hike in Colca Peru Recently back from an incredible trip to The Colca Valley and Canyon, I want to share one of my highlights - a half day hike in Colca Peru to the pre-...
Sacred Valley Responsible Travel with Awamaki For a truly authentic day in the Sacred Valley, I highly recommend you join Ollantaytambo based NGO, Awamaki, for a weaving experience and village vis...
Wired Amazon, The Citizen Science Projects In the heart of one of the richest and most biodiverse regions on the planet, the Tambopata National Reserve, lies the most remote Amazon lodge in Per...
Tags: Luxury trekking in Peru peru luxury trekking peru trekking Sustainable trips to Peru Trekking Trekking in Peru
Previous postLima Cooking Class: Lima With Zest with Top Chef Penelope
Next postTrain from Lima to Huancayo Through the Heart of the Andes