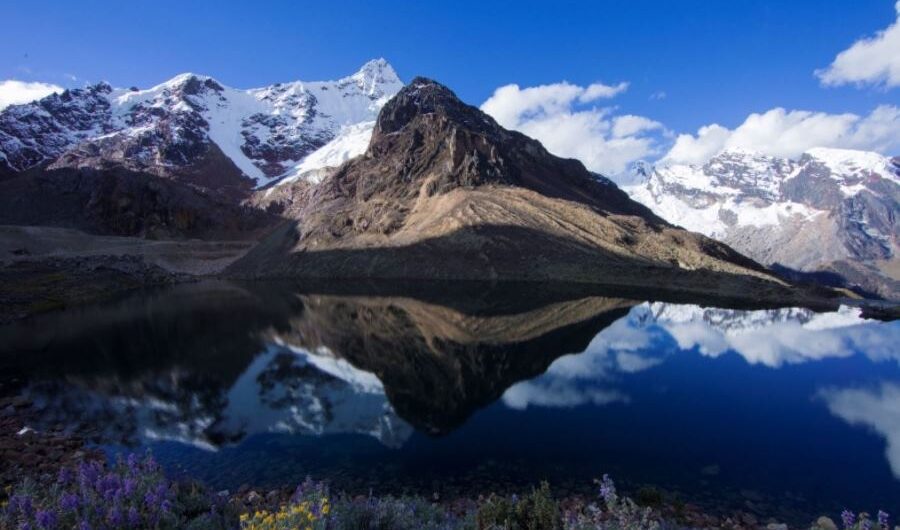 Northern Peru has much to discover, and all kinds of untapped treasures right at your fingertips. It has so much to offer but is relatively unknown and untouched. Northern Peru’s natural wonders an untold story of South American history is well worth exploring. Here are some of the top highlights.

Caral is a breathtaking archaeological site that was built between 3000 BC and 2100 BC, around the same time as the pyramids of Egypt. And yet, Caral is significantly less crowded than the pyramids and is still somewhat unexplored by most travelers. This pre-Inca UNESCO World Heritage Site was home to the oldest civilization in the Southern Hemisphere. It’s also wildly complex: research has found that the buildings in Caral were built with careful knowledge of astronomy, music, and natural surroundings.

Another fantastic UNESCO World Heritage site, Chavin de Huantar is a fascinating pre-Columbian pilgrimage destination you won’t want to miss. This ancient space was home to the first Pan-Andean religion. The extinct Chavin society once lived in the Andean highlands, and traces of the Chavin influence can still be found along the coast.

The Chavin were one of the first Andean cultures to leave behind records in the forms of carvings, buildings, ceramics, and textiles. At the site, you’ll find round, sunken courtyards and intricate walkways beneath the structures. You’ll also note an intricate drainage system that nods to the Chavins’ engineering skills, as well stunning artistry on the ruins. 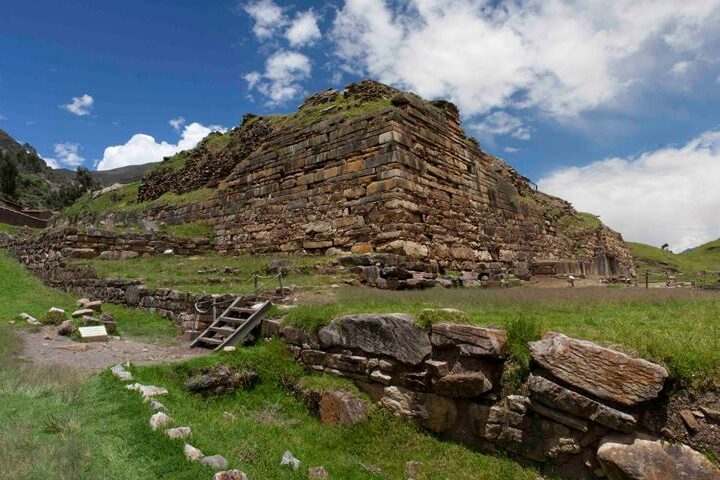 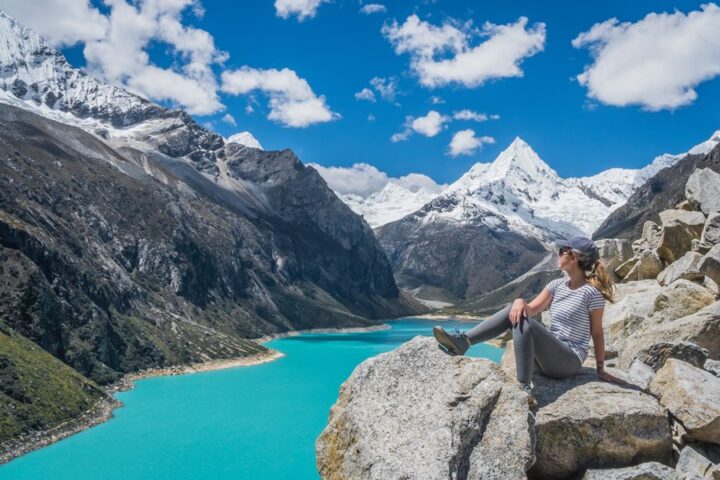 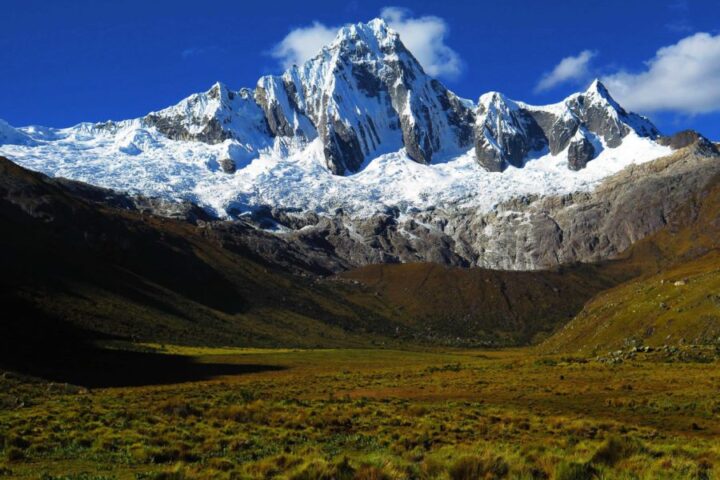 Huascarán is home to the world’s highest tropical mountain range, the Cordillera Blanca. The park is also the site of Huascarán mountain, the highest mountain in Peru at 6768 m (22,204 ft.) This UNESCO biosphere reserve is unlike any other place on the planet. Huascarán is a fantastic area to hike or simply take in the natural beauty. Since Huascarán’s climbing season extends beyond that of the Himalayas but equally breathtaking views, you’ll have a larger window to fit in a bucket list climbing experience. As you journey through the mountain range, you’ll spot stunning glacial lagoons and snow-covered mountain peaks as far as the eye can see.

This unpaved route is carved directly into the mountains on the Rio Santa River at the north end of the Callejón de Huaylas. Its steep canyon walls aren’t flat enough for much to grow, so you’ll see a fascinating juxtaposition as you make your away along its jagged surface. Along the way, you’ll journey through 35 one-way tunnels and be rewarded with mountain scenery unlike anything else.

The Moche Route is one of the most underrated gems of Peru – and of South America in general. Along the Moche Route, you’ll find fascinating archaeological sites created by the Moche people, who were brilliant experts in metalwork as well as excellent irrigation. You’ll explore slices of history that existed long before the Inca came along. The metals and pottery the Moche left behind tell a story of a fascinating culture. The Moche had an efficient and widespread community structure in place, which enabled its people to expand across wide swaths of land.

The Moche Route includes the cities of Trujillo and Chiclayo, as well as many lauded archaeological treasures and fascinating museums along the way. You’ll especially want to see the pyramids of Tucume, and Huaca de la Luna, a 1000-year-old Moche Temple. 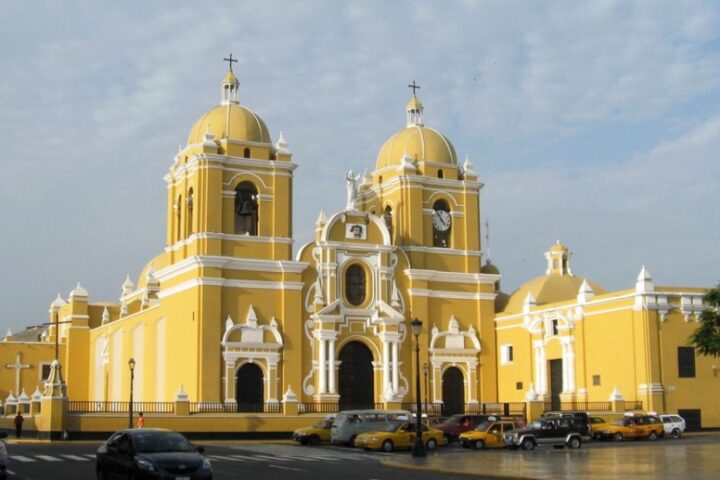 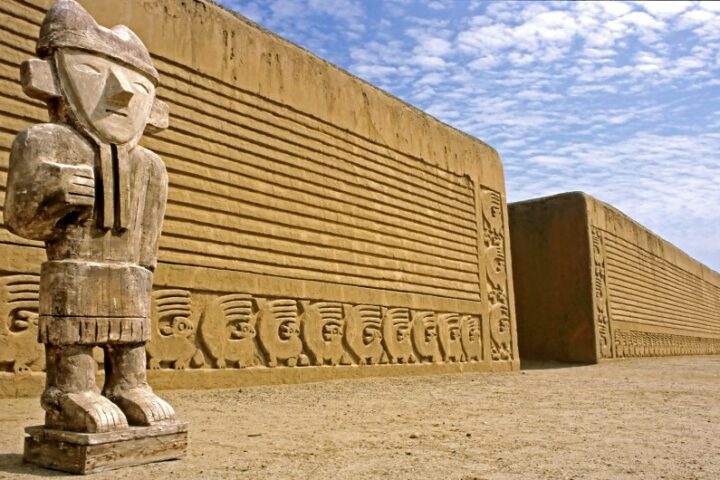 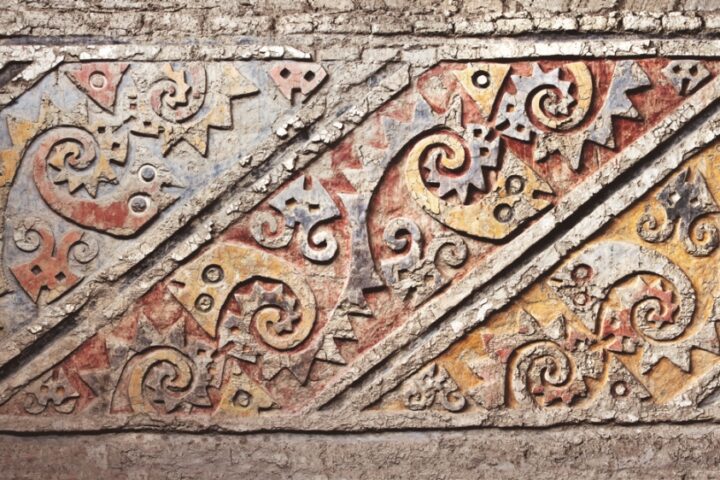 This massive ancient city, near the modern-day city of Trujillo, is another UNESCO World Heritage Site. From around 900 AD to 1400 AD, Chan Chan served as the center of one of the largest societies captured by the Inca: the Chimú. The Chimú thrived in Northern Peru, and Chan Chan is their crown jewel. It consists of ten citadels where people once lived, worked, and worshipped. You’ll discover beautiful Chimú pottery, intricate city systems, and fantastic metalwork. The city’s architectural features will take your breath away, and the stunning works carved into

This ancient city was once home to the Chachapoyas (known as the cloud people), a pre-Inca culture that built their masterpiece atop a mountain. Known as the Machu Picchu of the north, Kuelap is the biggest ancient stone archaeological site on the continent and is known as one of the most impressive ruin sites in the nation.

Kuelap was built long before Machu Picchu, and the fortified city stands tall at 3,200m (10,500 ft) into the air, surrounded by cloud forest. Kuelap’s intricacy is a testament to Chachapoyan ingenuity and talent. The city’s 40 million cubic feet of stone was somehow cut, rounded, and moved. That’s no small feat, even today. When you arrive, you’ll want to be sure to check out El Tintero, which is thought to have been a solar observatory.

If you love the outdoors, you’ll adore Gocta, one of the tallest waterfalls in the world. Hidden in the Chachapoyas cloud forest, this lesser-known waterfall is a world-class experience. You can enjoy a light hike through the cloud forest to reach Gocta, and pause to feel the waterfall’s mist on your face. If you find yourself feeling tired at the end of the hike, you can even hire a horse to take you back home. 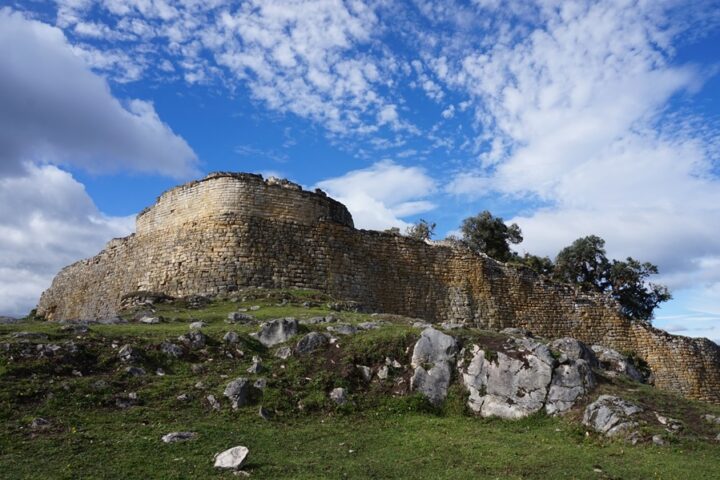 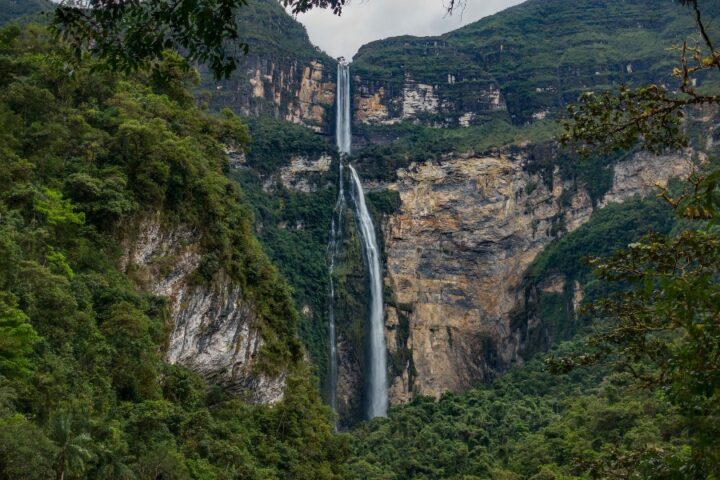 The town of Leymebamba is a treasure trove of historic sites and natural beauty. Its major highlight is the world-class Leymebamba Museum, which is home to a renowned collection of more than 200 mummies and gorgeous surrounding gardens. Here, you will be able to get close up views of the endemic Marvelous Spatueletail Hummingbird, a magnificent sight!

The illustrious Amazon River is a once-in-a-lifetime experience, but not everyone realizes it can be experienced in Peru. People don’t always know that Peru’s diverse ecosystems include much more than the Andes. In Peru, you’ll find deserts, highlands, flatlands – and the Amazon Basin. Northern Peru is home to one of the most lovely stretches of the Amazon River. Here, the river passes through Pacaya Samiria National Reserve, a home to a whole host of biodiverse species. Peru’s Amazon basin is one of the country’s final frontiers, and it’s just begging to be explored.

Contact us today to join Aracari’s upcoming Founder’s Trip to Northern Peru! Or Explore our many itineraries that cover Northern Peru.

Our Favorite Museums To Visit In Lima, Peru From pre-Columbian gold riches to the erotic pottery of the Moche, Lima is home to many of Peru’s most sacred artifacts and artworks. Lima’s museums a...
Whale Watching Peru Check out Aracari founder and CEO, Marisol's, experience whale watching in the Northern Peru Beaches of Mancora, here.  Whale Watching Peru: The ...
The Best Hotels in Mancora Mancora is Peru’s most popular beach retreat, a sandy haven on the Pacific Coast with a shoreline well-known to serious surfers. Thanks to a growing n...
Huaca Pucllana in the Heart of Lima It was during a walking tour of the neighborhood of Los Olivos in Lima that I encountered my first huaca. I stood behind a row of houses on a patch of...
Exclusive Access Visit to Leymebamba Museum Behind the Scenes at Leymebamba Museum Located just a few minutes from the main square of the town of Leymebamba and directly across the street from ...
Traveling in Peru: the time is now In the week of May 17th, 2021, Aracari marked an incredibly special occasion. We welcomed our first guest since before the pandemic back for a luxury ...
Tags: northern peru tour Peru archaeology Peru Nature
Previous postSustainability In The Amazon
Next postCommunity Based Tourism In Peru: The Achupalla Experience