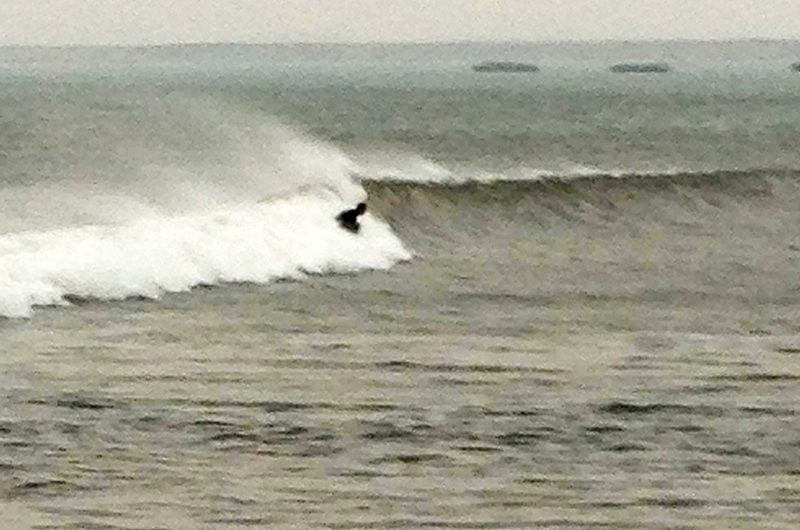 Four short years later and the “Sofia” effect has alerted the world to the natural, varied splendours of the Peruvian surf. As the lady herself says, “Peru is the best preparation for a pro-surfer because there are so many different varieties of breaks and conditions.” These include the longest left wave in the world found in Chicama on the Northern Peru beaches – a perfect three to six foot wave stretching for over four kilometres and listed at number two in semi-charted surfing spots by the British newspaper The Guardian this month.

Like the group of friends who founded the ocean front Chicama Surf Resort after searching the world to find a perfect spot for a surfing vacation, we decided to focus on Chicama because it offers much more than just the perfect wave. Singled out by National Geographic, the Chicama Valley is uniquely rich in ancient archaeology and there are many sites to visit on the “Ruta Moche”. At least five different civilisations inhabited this land, leaving numerous settlements, including the ancient and enigmatic Moche sites (c 500AD) of Sipan, El Brujo and the magnificent Huaca del Sol y de la Luna. In addition, there is the largest adobe city in the world at Chan Chan (Chimu culture c. 1200 AD) and the state of the art Museum “Tumbas Reales” which houses the magnificent gold and silver pieces found in Sipan burial site.

Hotel owner Marino Costa also lists relaxation as a key ingredient of this top quality resort. With visitors enjoying a steam, sauna or a massage, perhaps after some kite- or windsurfing at the nearby Pacasmayo beach 20 miles north, where you can experience winds of up to 20 miles per hour. He says, “Our customer is the high-end traveller that seeks an experience that goes far beyond the urban hotel routine. Someone who enjoys typical Peruvian music and dancing, likes to taste exquisite food – basically a person who enjoys a rich combination of action, culture, archaeology and relaxation all in one place.”

To find out more about surfing the Peruvian way, please contact your Aracari representative. Read more, “Riding the Waves of Peru” by Julia Chaplin of the New York Times.

Surf’s Up! Surfing Lesson Lima Summer is upon us here in Lima and the Aracari team has been sampling a few excursions that are ideal in Peru’s capital during the hot weather. In thi...
The Moche Route and Chicama Surf Resort Highlights of Northern Peru: The Moche Route & Chicama Resort This guest blog article was written by Liam Browne and Piotr Piecha, who travelled ...
Tags: surfing in peru
Previous postTrekking in Peru – Lodge-to-Lodge Treks
Next postMarisol’s visit to Suasi Island (Lake Titicaca)