The short answer is, yes, it is true that in late times of the Inca Empire, Inca royalty did marry their sisters.  The long answer and the reasoning for this incest is very much disputed and, even more so, interesting.

To begin with a little context: according to latter succession rules of the Inca lineage, when the Inca died, the succeeding Inca had to be the son of the Coya, or Queen, of the deceased Inca. The Coya was the first wife of the Inca, the woman whom married during his succession to the Inca throne.

Originally the incumbent Inca was determined simply by the Inca choosing the most able amongst all of his sons, or, when the father had not chosen which son should succeed him before his death, by a specially designated council.

The problem with this system was that it invited a violent scramble for the prized throne between the potentially many sons of the Inca conceived with his oft numerous wives, mistresses and concubines. All of the Inca’s sons had equal rights to the throne, and they sometimes bitterly disputed who would succeed to the extent that even bloody assassination of rivals was not overlooked. As such, the decision was made that only the sons of the Coya should be able to succeed the Inca throne, to avoid such bickering.

Now, the practice of the Inca marrying his own sister as Coya appears to have arisen as a way of even further strengthening the claim that the sons of that Inca and his Coya would have to succeed their father after his death. If an Inca were to conceive with his own sister this would vastly reduce the chances of squabbling after the death of the Inca, as the claim to the throne would be much stronger for those sons who had two parents with royal blood. 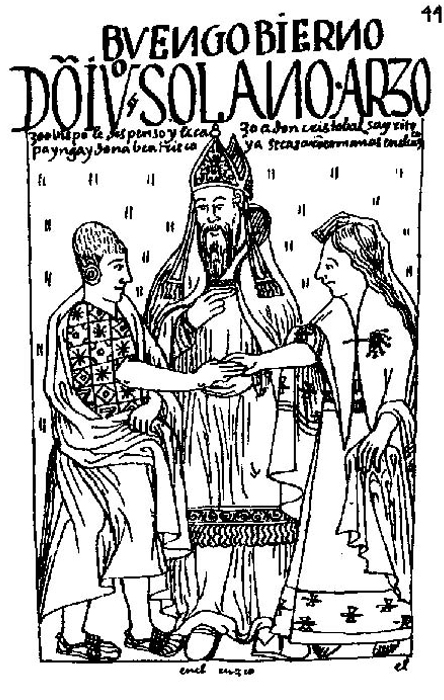 Thus, incestuous marriages of the Inca lineage were borne out of political factors, to stabilise a very weak and ambiguous system of succession in an attempt to avoid civil war and dangerous political disunity in an ever larger and more fragmented Empire. Despite this intention, the tactic had limited success and rivalries between even the sons of the sister Coya still ran rife, but that’s another story…

To read even more into this fascinating and complicated subject check out the works listed below. The second article can be accessed from the UCA Berkeley by clicking here.

10 Peruvian Gift Ideas Peruvian gift ideas If you’re living in or traveling to Peru for Christmas, these Peruvian gift ideas will make for a great way to bring back a littl...
Luxury Travel Trends in Peru – A view of the last 5 years Over the past few years, Peru has developed into a destination that is no longer just for backpackers looking for adventure in the Andes or historians...
MATE Exhibit Legends in Light by George Hurrell The Museum of Mario Testino (MATE) in Barranco introduced its first exhibition of the series “Masters of Photography” in its temporary exhibits salon,...
The natural wellness remedies of Peru Last month, we shared with you an exclusive preview of our brand-new wellness itinerary. The details of this unique wellness experience have been craf...
The Poor Relation; Celebrating 2008, the Year of the Potato Celebrating 2008, the Year of the Potato          Looking from a Western perspective (perhaps over a plate of fries), the United Nations declar...
The Oldest Vineyard in Peru: Tacama, Ica Following our visit to the state-of-the-art Portón distillery, with an eye-opening lesson into the production of their delicious Pisco and a small, ea...
Previous postThe Inca site of Pisac
Next postAracari in Cusco: Visit to the school and community of Huama