Cusco is notable for imposing walls and superlative stonemasonry, built by the Incas, that is a highlight of Cusco city walking tours.

If you walk southeast away from the Plaza de Armas along the narrow alley of Loreto, there are Inca walls on both sides. The wall on the right-hand side belongs to Amarucancha, or the ‘Courtyard of the Serpents.’ Perhaps its name derives from the pair of snakes carved at the lintel of the doorway near the end of the enclosure. Amarucancha was the site of the palace of the 11th Inca, Huayna Capac, and the church of La Compañía was built here after the Conquest. There is now a school behind the church, and behind the school is a popular tourist market.

On the other side of Loreto is the oldest-surviving Inca wall (and most spectacular) in Cusco. The wall belonged to the Acllahuasi, or the ‘House of the Chosen Women.’ After the Conquest, the building became part of the closed convent of Santa Catalina and switched from housing the Virgins of the Sun to housing pious Catholic nuns.

The Incas did not need to use cement firstly because the adjoining surfaces between two adjacent blocks fit so perfectly and exquisitely together, and also because stones were interlocked in a combination that could not be budged. The construction of Inca walls is one of the many fascinations you can discovering visiting Cusco.

Inca stone masons would work the stones until their shape fit exactly alongside all of the other blocks that would be positioned alongside that block. In the picture below is one of the famous Inca walls in Cusco you can see where the centre stone has been worked meticulously so that it fits together with a total of 11 other stones alongside it. All 11 of these stones have likewise been shaped to fit snugly against those stones respectively adjacent to them. 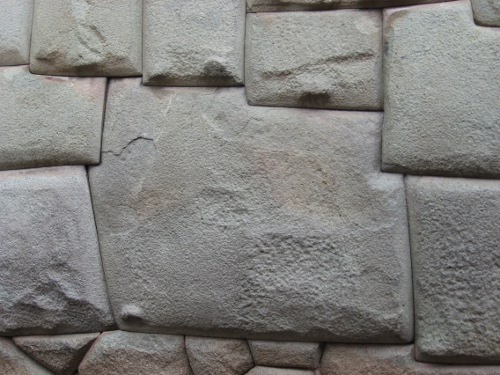 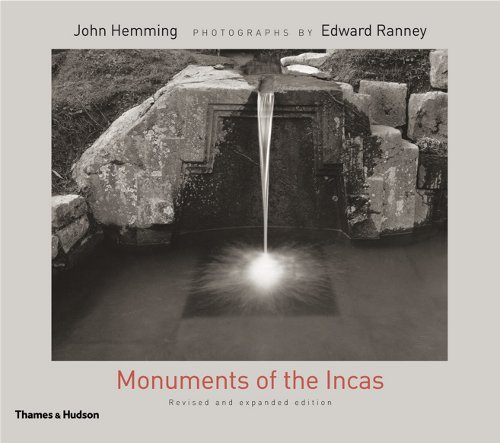 The ingenuity of Inca stone masonry doesn’t stop at fitting a few blocks together just to build their inca walls. Such construction was necessary to prevent destruction in the event of all too regular earthquakes, and the walls were so designed that they would absorb the impact. The Spanish conquistadores suffered from many of their buildings being obliterated by earth quakes because they did not take heed of Inca methods.

Monuments of the Incas

In his book Monuments of the Incas, John Hemming investigates in detail the process by which oft-gigantic blocks would be shaped and assembled in this way using key Inca sites and monuments as his case study alongside detailed historical analysis and beautiful photographs by American photographer Edward Ranney. He also reveals many new revelations and interpretations of Inca stone-masonry … well you’ll just have to get a hold of a copy if you want the full detail!

Aracari specializes in private, tailormade tours to Peru. We arrange expert guiding across the country, including Cusco, and can connect visitors with specialists in their field such as anthropologists and historians for travelers looking to learn more about the Incas.

Contact us today to speak to an expert travel consultant to plan your trip to Peru.

The Inca site of Pisac Pisac Ruins Pisac ruins is one of the highlights of the Sacred Valley. The Inca site of Pisac is well-known for agricultural terracing, which sweeps ...
Juanita Mummy Arequipa: The Incan Ice Maiden A visit to see the Juanita mummy Arequipa, at the Andean Sanctuaries Museum, is a must while exploring Arequipa, Peru's second largest city. At this s...
The Spanish conquest of the Incas The key to Spanish success during the conquest of the Incas Just 169 soldiers accompanied Francisco Pizarro as he campaigned from northern Peru throu...
Ollantaytambo Tour: The Legacy of the Ruins Ollantaytambo (2,800 meters, or 9,200 feet above sea level) is the name given both to the Inca ruin complex sculpted into the cliff side at the northe...
Highlights of the Sacred Valley Peru Once overlooked by tourists as just a stepping stone between Cusco and Machu Picchu, nowadays the Sacred Valley Peru is truly a destination in its own...
An Andean Pachamanca Lunch On a recent visit to the Sacred Valley, I had the pleasure of participating in and enjoying a Pachamanca Lunch at El Albergue's Organic Farm at the ed...
Tags: Inca traditions
Previous postLuxury Peru hotels: Aracari’s rundown of up-and-coming hotels in Peru
Next postThe Spanish conquest of the Incas