A new luxury hotel in Peru

Popping up throughout Peru are a new breed of luxury accommodations that provide distinguished travelers with the high quality of service, amenities, and comfort that they have come to expect on their adventures. One such notable property is the recently opened JW Marriott Hotel in Cusco.

Given the rich and vibrant history that surrounds the ground on which this hotel now stands, we thought it ideal to seek the professional advice of Colonial Art Historian, Anthropologist, and Aracari specialist guide Ms. Lisy Kuon to hear her thoughts on the history, the presentation and the service of this new luxury property.

Lisy told us that the hotel comes with all of the modern services that would one would expect from a five-star property, including a full service spa, restaurant, an oxygen-enriched system, and full amenities. She hinted that the décor was somewhat “eclectic”, as it fuses motifs from a wide range of eras. “The service is good in my personal experience,” she explains. “The hotel lives up to its category, and its services are highly recommended for their quality and price.” 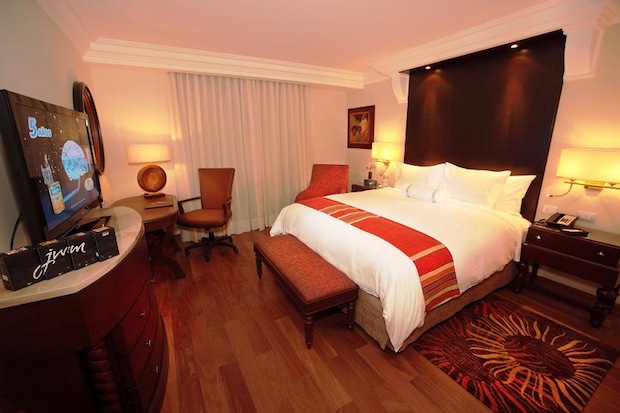 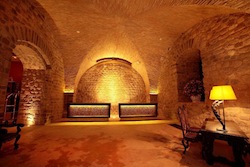 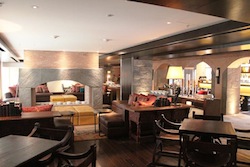 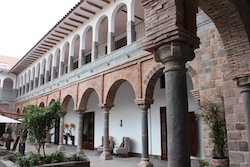 Of the fascinating history of the building, Lisy explained that “The convent of San Agustin was built in the second half of the sixteenth century. It suffered severe damage in the earthquake that devastated the city of Cuzco in 1650, being rebuilt by Augustinian priests.”

More devastation ensued: “In the 1820s, it was destroyed by cannon fire ordered by General Agustín Gamarra, because of their political differences with the Augustinians. This was during the Peruvian wars of independence against the Spanish Crown. The priests of this Order were royalists, i.e. supporters of the Kings of Spain. In the twentieth century, what remained of the old convent passed into private ownership, having been sold to La Rioja S. A. for the construction of the hotel.”

A group of architects from Lima were enlisted to perform the renovations Despite their efforts, however, the little remaining evidence of the former colonial convent is no longer visible following the two years dedicated to constructing the hotel. What does remain is the domed roof, a “beautiful detail” as Lisy describes it, that was once the entrance of the convent and now serves as the reception area, along with “reused Inca stone, incorporated into some aspects of the building,” Lisy states.

Furthermore, “As required by law for the Historic Centre of Cusco, they conducted archaeological excavations where they found Inca burial sites, some ceramic pieces and others, all of which are displayed in a small museum in the basement.” This museum, a separate entity from the hotel, is open not just to hotel guests but also to other interested visitors, Lisy noted. “They are really friendly in that respect.”

The JW Marriott also gives guests access to other interesting historical entities. “One of the entrances that faces Calle Ruinas, parallel to Calle San Agustín, is very nice. From here you can see a stone veranda from the 19th century, which was apparently unused and was closed to public view.”

To read more about the accommodations available at the JW Marriott in Cusco, follow the link to our website: JW Marriott Cusco. To find out more about Lisy, have a look at our Interview with Lisy Kuon on youtube.

The Best Beach Houses on Peru’s North Coast Beach houses have always been a popular accommodation choice for those enjoying long vacations or traveling in  groups. As lockdown restrictions aroun...
Highlights of the Sacred Valley Peru Once overlooked by tourists as just a stepping stone between Cusco and Machu Picchu, nowadays the Sacred Valley Peru is truly a destination in its own...
Palacio Manco Capac Review During a recent trip to Cusco, I visited hotel Palacio Manco Capac. I had only one night at this tasteful four-star level luxury boutique, but it was ...
The Chef’s Cusco Food Tour Aracari's head of marketing Caroline, tests out a new culinary experience for our guests, tasting her way through the streets of Cusco and learning mo...
Atemporal hotel: best boutiques in Lima Danielle, in Aracari's marketing team goes to visit Atemporal, a small boutique hotel with the intimacy and warmth of a B&B that leans towards lux...
Stand Up Paddle Cusco Practiced originally on the shores of Hawaii, stand up paddle boarding (SUP) has become increasingly popular in recent years. Having heard a lot about...
Tags: luxury hotels in peru things to do in cusco
Previous postHilton Lima Miraflores Grand Opening
Next postNew Year’s Eve in Peru