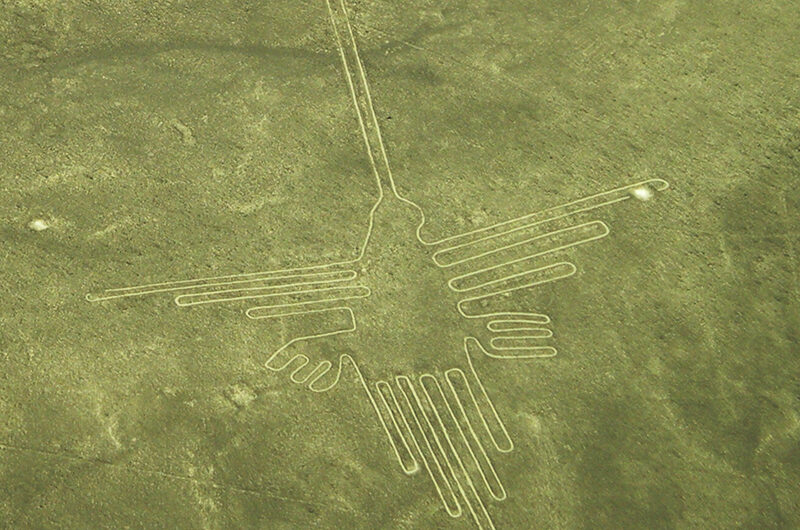 The Nazca culture, with its complex textiles, impressive geoglyphs and underground aqueduct systems, first captivated my imagination when I traveled to Peru’s south coast as a curious child. Since then, I’ve continued to be fascinated by the Nazca Lines in particular. Recently I experienced the Nazca Lines flight from Pisco airport and share my experience on visiting the Nazca Lines which can be easily visited from Lima.

About the Nazca Lines

Created by the Nazca people between 400 and 650 AD, a slew of hypotheses have been presented to explain the existence of the zoomorphic geoglyphs. While some believe that they were related to astronomy and served to track the sun and other celestial bodies, others claim that they were created so that gods may view them from above, and others yet avow that they were used in religious practices to summon water. It feels as though over the years I’ve heard as many hypotheses about the lines as there are lines themselves. 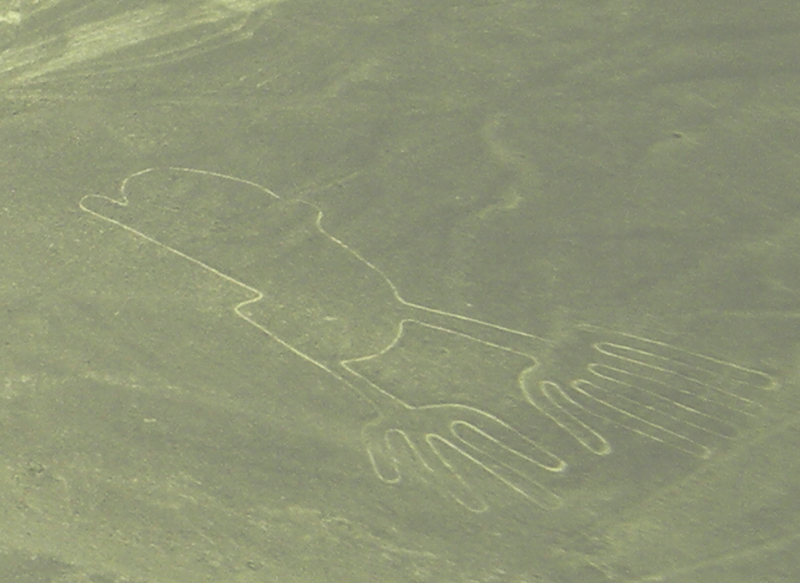 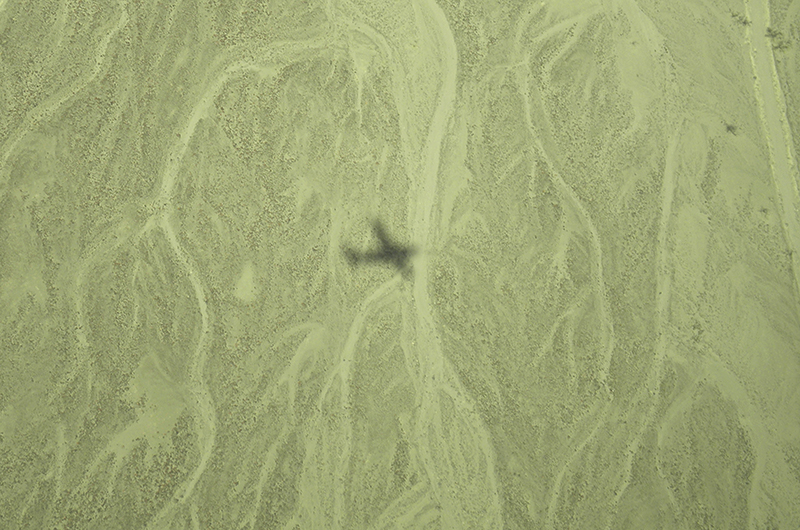 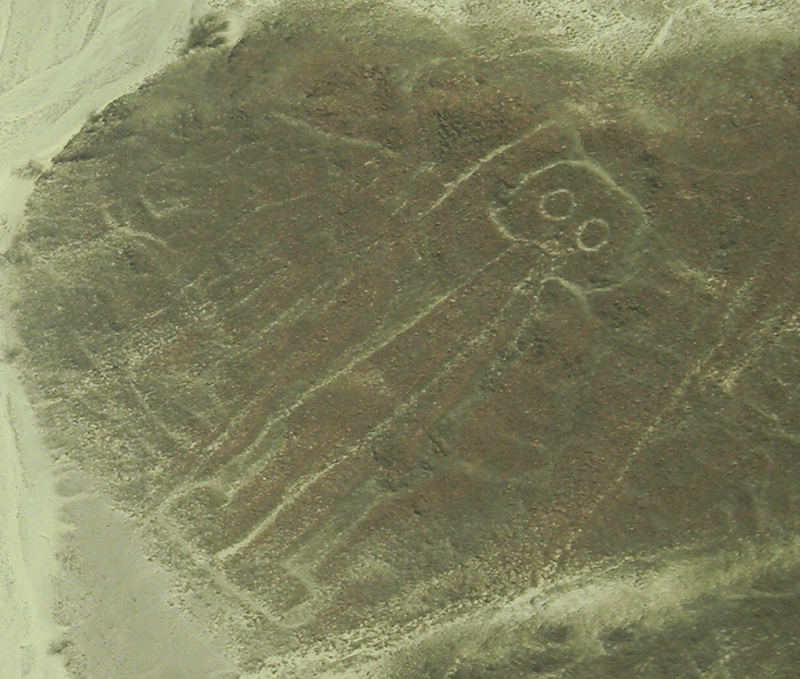 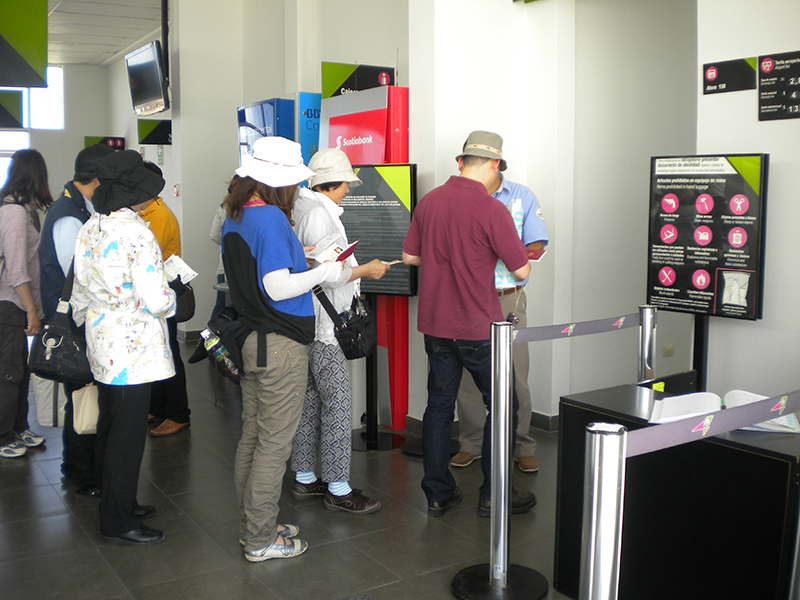 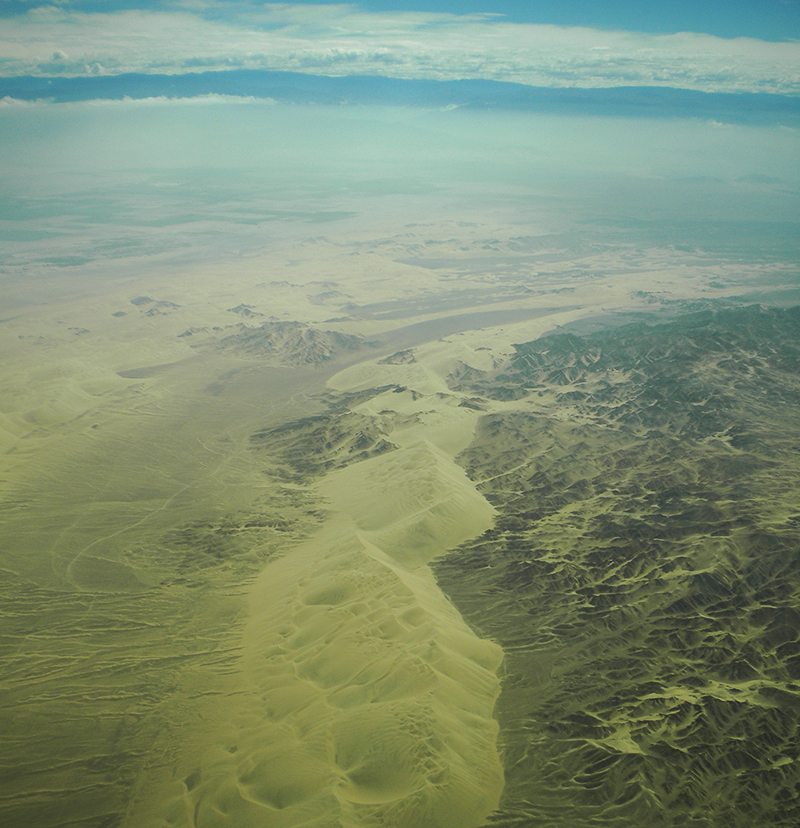 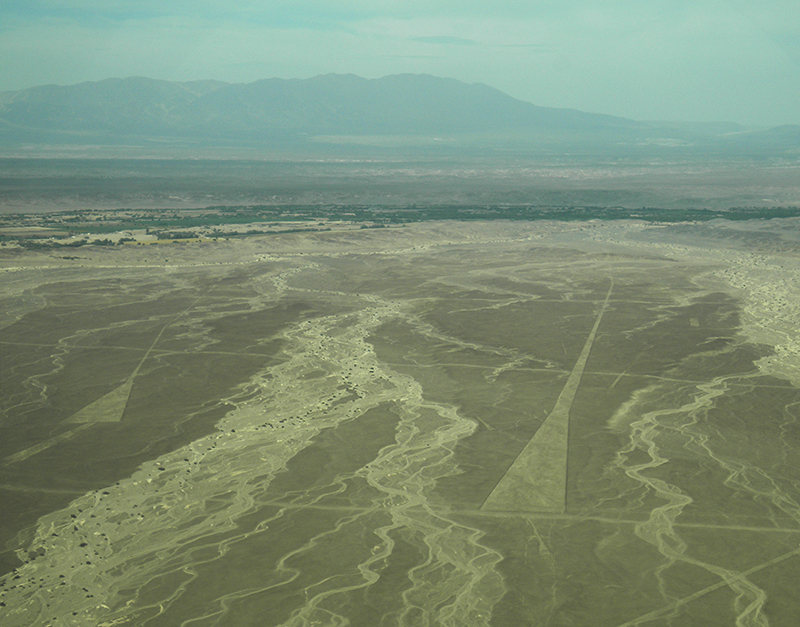 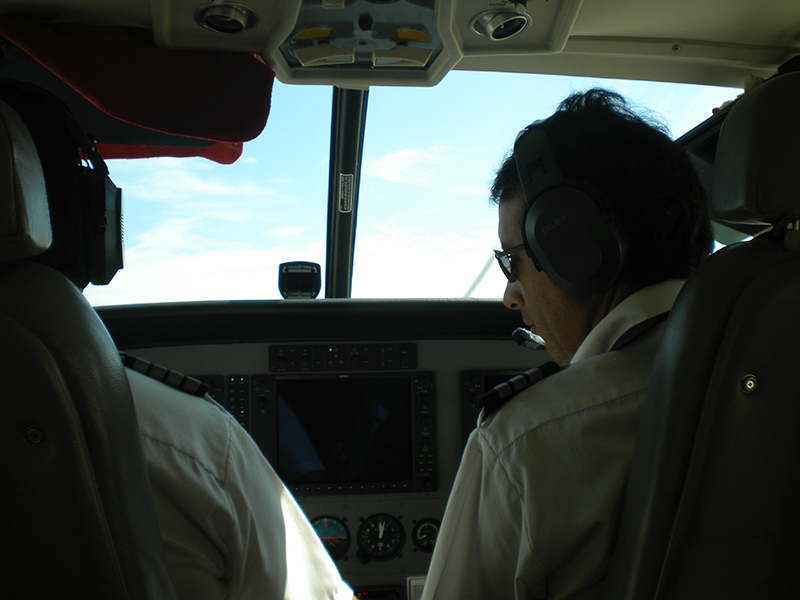 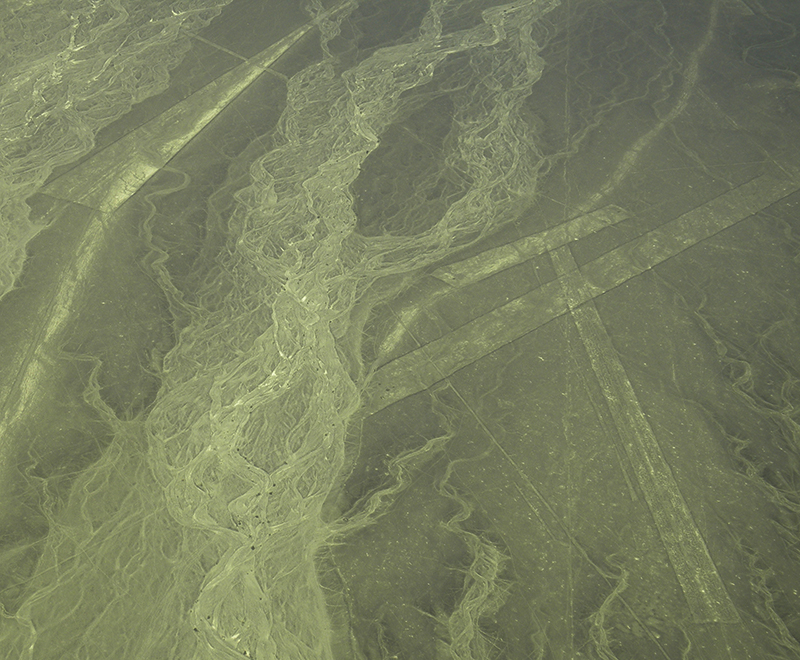 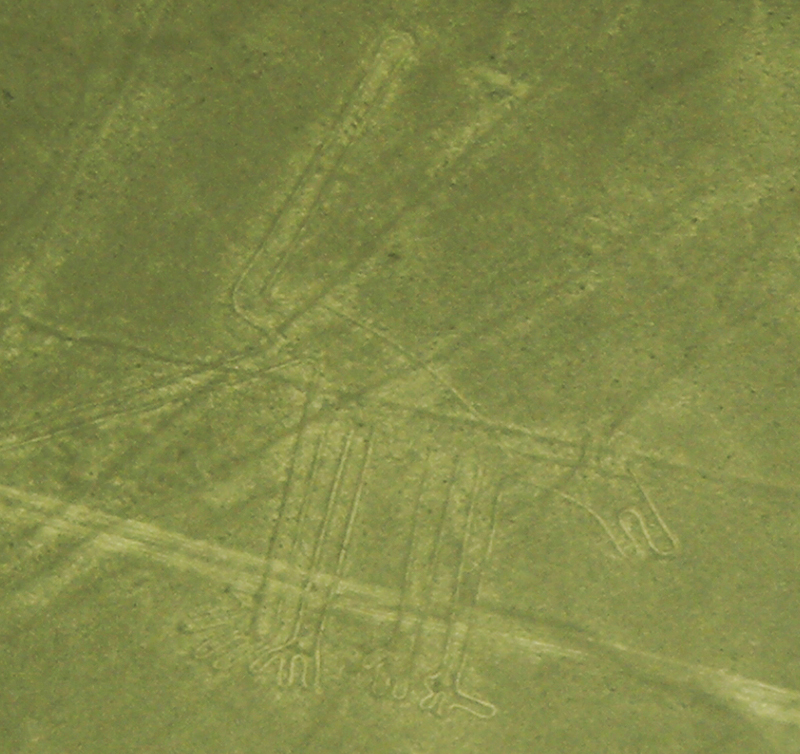 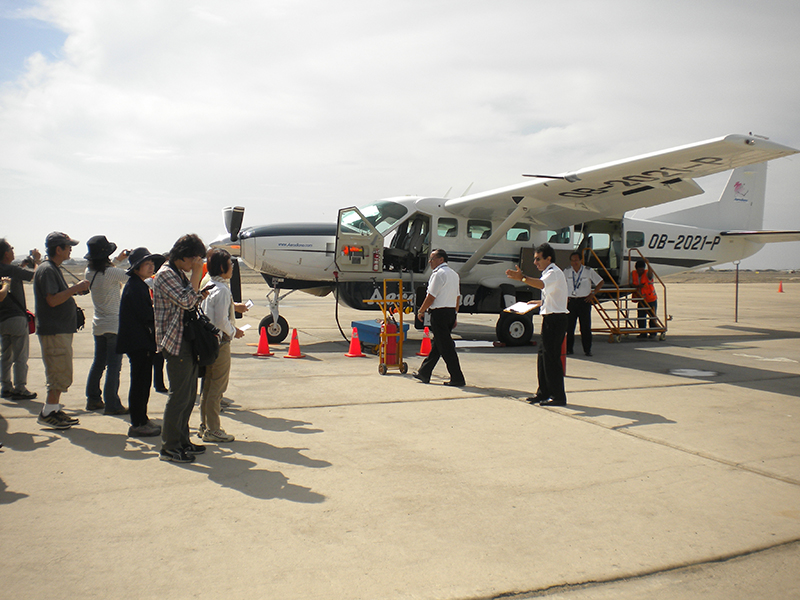 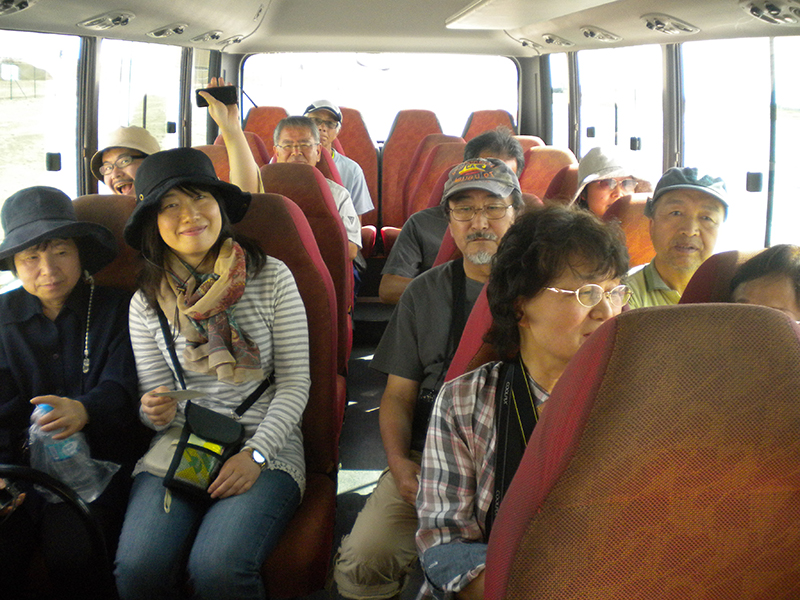 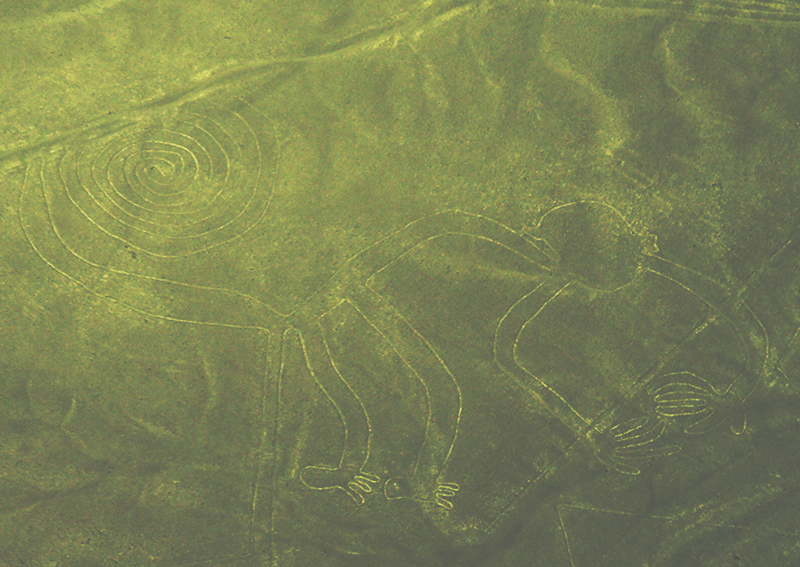 Getting to the Nazca Lines from Lima

For many visitors to Peru, a trip down the south coast wouldn’t be complete without an overflight of the Nazca Lines. Designated a UNESCO world heritage site in 1994, the geoglyphs are located on the Pampas de Jumana  just outside of the city of Nazca and around five hours drive south of Lima. The nearest airport from Lima you can take flights over Nazca from is Pisco, a fishing town located around three hours from Lima.You can also take flights from Ica airport.

Depending on the time of year, LATAM flys Cusco – Pisco (limited frequency). This means you can drive from Lima to Pisco and connect on to Cusco by commercial flight, or in reverse to easily incorporate visits to Nazca and Machu Picchu in the same trip to Peru. Read more on the Nazca Lines tour from Lima.

From the airport you board a small propeller plane. From Pisco you fly forty minutes to reach the lines, circles courageously around them for twenty minutes and then returns to the Pisco airport. In total, the excursion lasts one hour and forty minutes.

Flying to the Nazca Lines

We flew over the Paracas Bay and Ocucaje Valley, past a slew of tan sand dunes, beige plateaus, brown mountains, and even over some surprisingly green farms, vineyards and oases. Just before reaching the town of Nazca, the plane descended a bit and the real adventure started.

In total, we viewed approximately twelve of the world-renowned Nazca Lines including the monkey, hummingbird, dog, condor, spider and astronaut. The good news was that the pilot guaranteed that both sides of the plane got a good view of every geoglyph; the bad news was that this meant endless amounts of circling at what felt to be daringly steep angles! I myself have never been prone to motion sickness, but this excursion certainly did put that notion to the test. To keep our minds off of the steep maneuvers and increasing nausea, the copilot enthusiastically announced and pointed out the figures to ensure that no one on board missed a beat.

The highlight of the flight, of course, was seeing the lines. The downside was the sickly feeling that crept up on me as we circled through the air in fearless figure eights. To sum things up, though the experience had its ups and downs (no pun intended), I am glad that I finally had the chance to view the lines in person. What’s more, I felt I was in good hands from check-in to landing, and even received a certificate of completion once back on firm ground. I will, however, note that the flight is not for the faint of heart; one has to have an adventurous spirit and strong stomach to make the most of this excursion!

Exclusive Specialist Lecture on the Nazca Lines with Aracari

If you are interested in the Nazca Lines Aracari arrangs the opportunity to learn more about the geoglyphs from the expert Ana Maria Corgono with a private lecture in Lima.

And apart of the Nazca Lines, there is plenty to do along Peru’s South Coast. The Paracas Bay is an ideal base to view wildlife at the Islas Ballestas, drive through the abstract landscapes of the Paracas National Park, sample different varieties of Pisco and wine grown in the region, enjoy a romantic dinner in the desert under the stars, try out sand buggying or simply relax with a cocktail in hand at one of the many fine Paracas hotels.

Contact us for more information on visiting the Nazca Lines. Aracari arranges Nazca lines tours as part of a private, tailormade trip to Peru.

Huaca de la Luna: Moche Route highlight The Moche culture, which prospered from around AD 1 to 700, dominated several valleys on Peru’s northern coast long before the famous Inca empire appe...
A Tour of The Tombs of Revash High on the hills of Peru’s northern cloud forest, this collection of tombs from the Chachapoya civilization sit on the edge of a limestone cliff. Bui...
Our Favorite Museums To Visit In Lima, Peru From pre-Columbian gold riches to the erotic pottery of the Moche, Lima is home to many of Peru’s most sacred artifacts and artworks. Lima’s museums a...
Juanita Mummy Arequipa: The Incan Ice Maiden A visit to see the Juanita mummy Arequipa, at the Andean Sanctuaries Museum, is a must while exploring Arequipa, Peru's second largest city. At this s...
Q&A With Travel Writer, Ronald Wright A Journey in the Two Worlds of Peru "This notion of travel as moving through space,  but also being in one place at a time, is vividly exemplified in...
Ana Maria Cogorno and the Asociación Maria Reiche: Nazca Lines Preserv... The Nazca Lines have drawn thousands of visitors since they were first discovered in the 1920´s. Their mystery is part of their allure; it seems no on...
Tags: Archaeology in Peru Nazca Lines Peru history
Previous postBolivia Prepares for 10th International Baroque Music Festival
Next postThe new and improved Delfin II Amazon cruise vessel relaunches