The Galapagos Islands is a keystone of the experiences that Aracari can offer, and there has been a lot going on recently. We talked with Galapagos specialist Santiago Martinez to get his take on the latest news, Santiago has previously lived on the islands and has been taking groups there for 27 years, he is the co-founder of Gentian Trails, one of Aracari’s close friends in Ecuador.

The last of his kind, Lonesome George sadly passed away last weekend, marking the extinction of the species the Pinta Island tortoise. “I was really sad” Santiago told us, “George was the only one of his kind, and his death was so sudden”.

“Nobody knows exactly how old he was, but it was presumably in the region of 150 years old .. it is possible that he was around when Charles Darwin first visited.”

George had made a name for himself due to the lack of enthusiasm that he showed for continuing his species. Several attempts were made to breed with other turtles, but George’s libido just did not budge. “They tried all sorts of things,” Santiago told me “but he just didn’t pay attention”.

On George’s legacy Santiago said “He was an icon of conservation on the Galapagos islands, he survived the damage to the area before the Galapagos Islands became a national park and, as the last of his kind, he is a reminder of the impact that human beings have had upon nature.”

“He also acted as a catalyst for conservation of the National Park, he was a large part of the Park’s identity and his profile helped NGOs to raise awareness for the Park’s conservation.” Needless to say, George will be sorely missed. Read more about his fascinating profile on the Guardian and Time magazine.

In other news, the world-renowned cruise company Silversea have bought the Explorer II. With 100 cabins and a maximum 200 guests it is one of the largest ships in operation on the Galapagos

“It is very interesting,” Santiago explained “it is good in that they will bring a lot of interest to the conservation of the Galapagos from around the world.”

“The standard of the service onboard will undoubtedly improve” he told us. On who the boats would be best suited for he said “generally for those who are older or with larger families with young children … although we would usually recommend smaller, more intimate boats as the best way of experiencing the Galapagos.”

On how this development would affect the environment Santiago told me “it is good from the point of view that they are acquiring an existing vessel and not introducing any new ships to the area… due to conservation laws new ships of this size are strictly forbidden.”

The changeover will take effect in around 2 years’ time. For Aracari’s most highly recommended cruises you can visit the following link: Galapagos Luxury cruises. 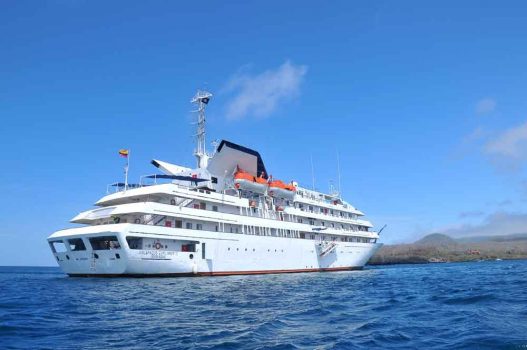 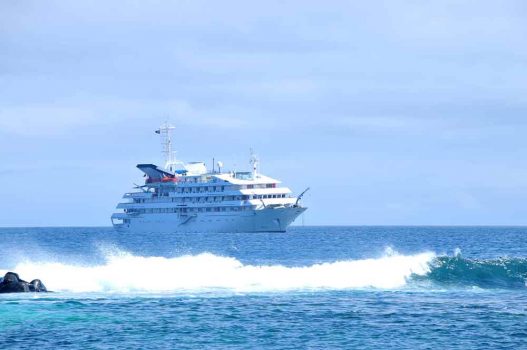 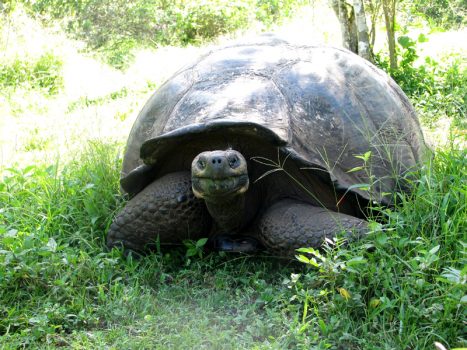 Santiago also briefly told us about a new lodge that has been announced on Santa Cruz Island, the Pikaia Lodge. “this sustainable eco lodge will be a very luxurious option, the most luxurious hotel on Galapagos”. The hotel, which will have its own private yacht and will boast outstanding eco credentials, is due to open in 2013. Keep your eyes peeled for further news!

If you are interested in travelling to the Galapagos islands visit our related destination page Galapagos & Ecuador or contact us today.

Peru Honeymoon: Magical and Memorable Why choose a Peru Honeymoon? A vacation to Peru is described by many as a once in a lifetime trip, full of incredible experiences that create lasting...
Trek to Huchuy Qosqo in the Sacred Valley During my last visit to Cusco, I had the chance to try out a new, rigorous one-day trek in the Sacred Valley, the Patabamba Huchuy Qosqo Trek, which t...
The Top Peru Culinary Tour Experiences  Peru is recognized as one of the world's top culinary destinations thanks to an almost unbeatable variety of ingredients as a result of such diverse c...
Urban Eats by night: Cusco Culinary Tour Aracari's head of marketing Caroline checks out our Cusco Culinary Tour - Urban Eats by night. Peru has an international reputation for the variety...
Tambopata Research Center: A Luxury Amazon Lodge The Amazon rainforest is magical. Within it, Peru boasts a range of luxury Amazon lodge options to discover its incredible flora and fauna, which Arac...
An Evening at a Peña on Día de la Canción Criolla The last week of October rolled around, and I still didn’t have Halloween plans. I had been living in Peru for about two months and, though I already ...
Previous postReplicating Peruvian Cuisine abroad: Two New Restaurants in Europe
Next postAracari Trip Report on The Atacama Desert