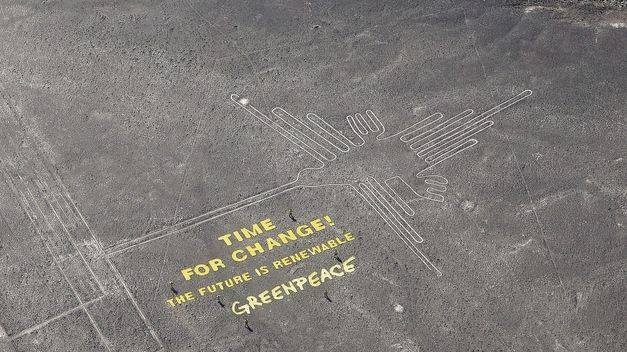 Coinciding with the  UN Climate Change Conference (COP20) in Lima, the awareness tactics of the environmental group Greenpeace could have been seen as a stroke of genius.  In the early hours before sunrise on Monday, December 8th, a group of activists entered the protected archaeological site where the Nazca Lines Peru are located and placed large yellow banners on the ground displaying the message, “Time for Change! The Future is Renewable. Greenpeace”.

The message is visible from the air and aimed at the world leaders who are in Lima, Peru for the conference. The objective of COP20 is to draft a treaty to be signed during the next conference in Paris, in 2015, with the goal of significantly reducing global greenhouse gas emissions. Greenpeace was hoping to stress the need for bold immediate action regarding the transition from fuel, coal and gas to renewable energy by focusing on one of Peru’s key attractions. Greenpeace members from Brazil, Argentina, Chile, Spain, Germany, Italy and Austria participated in the early morning activism.

Despite what was ultimately an altruistic gesture, the actions of Greenpeace were quickly condemned by specialist guide Ana Maria Cogorno, the president of the Asociación Maria Reiche, who has been working tirelessly to promote the Nazca Lines and ensure conservation of a site that is in grave danger of being destroyed. Ana Maria saw Greenpeace’s actions as illegal and detrimental to the geoglyphs on the basis that they should not have gone anywhere near the lines, as even the slightest contact can cause damage to the fragile site. 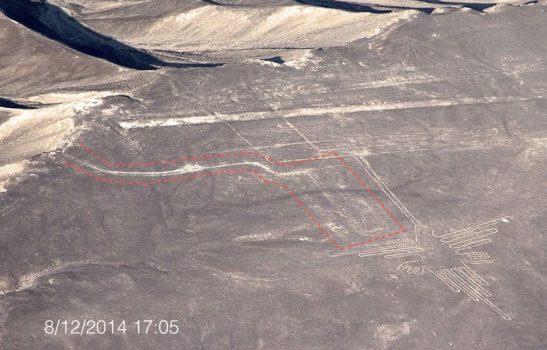 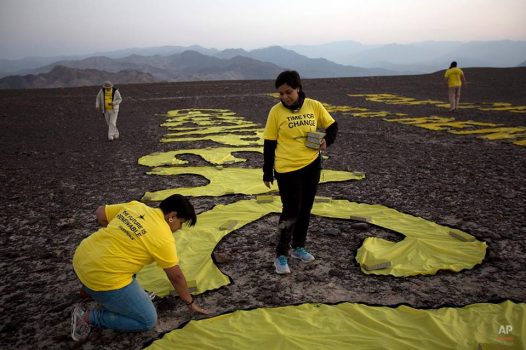 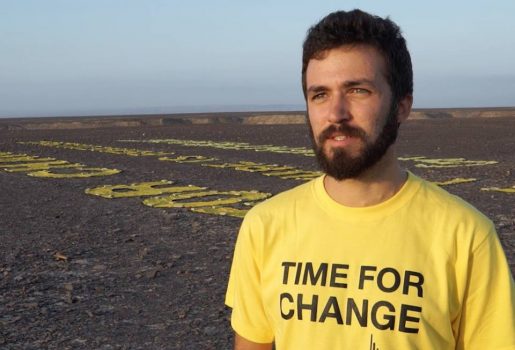 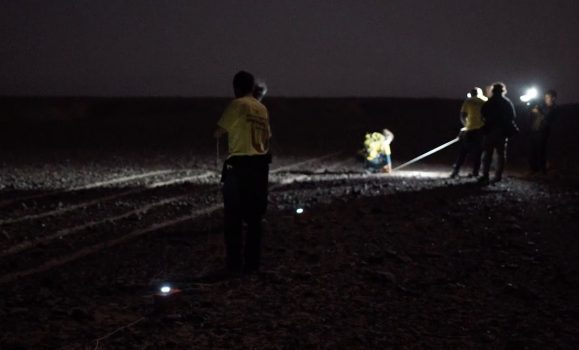 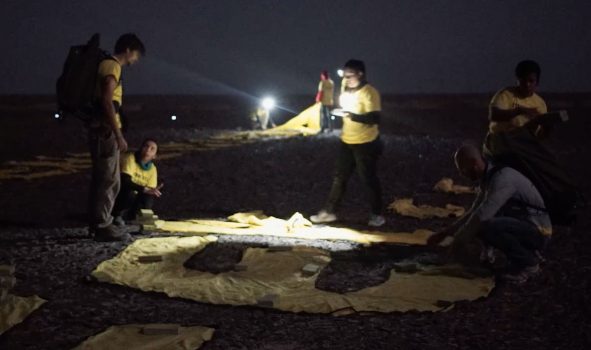 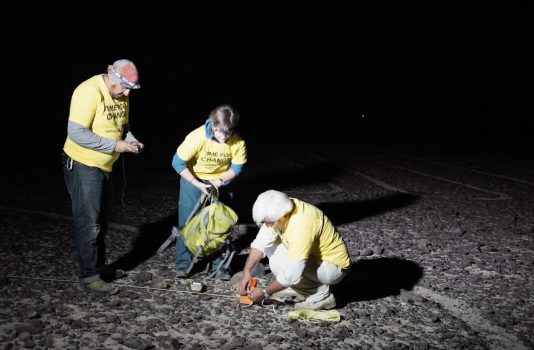 Indeed, the Association is pushing for Peru to create stricter laws in order to protect the Nazca Lines by making it explicitly illegal, and punishable by jail time, to trespass in the area as Greenpeace did. On their Facebook page, the Association mentioned the risk of damaging the ancient lines as a result of the low visibility trekking through the deserts in the dark to the hummingbird geoglyph, next to which Greenpeace chose to place their message.

In their defense, Greenpeace responded to concerns about potential damage as a result of their actions with the following statement, “We can assure you that absolutely NO damage was done. The message was written in cloth letters that laid on the ground without touching the Nazca lines. It was assessed by an experienced archaeologist, ensuring not even a trace was left behind.”

The issues of climate change and cultural preservation are very relevant in Peru, a country filled with historical sites and natural wonders, as well as modern issues, such as illegal mining and deforestation of the Amazon Rainforest. How far is too far when raising awareness for these important time-sensitive issues?

To visit the Nazca lines you take a short scenic flight departing from the airports of Nazca, Pisco or Ica. These take around 3.5-4hrs to reach by road from Lima. Additionally, depending on the time of year LATAM serves Pisco airport by direct flight (limited frequency) from Cusco. Though it is possible to visit in a single day, this is a long car journey for a short flight. We recommend you visit the Nazca Lines from Lima and base yourself in Paracas staying at the best luxury hotels Libertador Luxury Collection Paracas or Hacienda Bahia. It is a half hour drive to Pisco from Paracas.

Contact us for more information on visiting the Nazca Lines. Aracari arranges tours on a private basis as part of tailormade trips to Peru.

Santa Catalina Monastery, Arequipa The highlight of a visit to Arequipa is the Santa Catalina Monastery, one of the most impressive colonial religious buildings in Peru. The large conve...
A LITERARY TOUR OF PERU Let your wanderlust take you on a journey in time to the conquest of the Incas, discover the connection between a well-known Verdi opera and the city ...
The Best of Lima’s Historic Centre Lima, the capital of Peru, was once just a layover for hot-footed tourists on the way to Cuzco and a Machu Picchu luxury trip. Not anymore. You wouldn...
Ana Maria Cogorno and the Asociación Maria Reiche: Nazca Lines Preserv... The Nazca Lines have drawn thousands of visitors since they were first discovered in the 1920´s. Their mystery is part of their allure; it seems no on...
Q&A With Travel Writer, Ronald Wright A Journey in the Two Worlds of Peru "This notion of travel as moving through space,  but also being in one place at a time, is vividly exemplified in...
Juanita Mummy Arequipa: The Incan Ice Maiden A visit to see the Juanita mummy Arequipa, at the Andean Sanctuaries Museum, is a must while exploring Arequipa, Peru's second largest city. At this s...
Tags: Nazca Lines Peru history
Previous postSuasi Island: Changes Afoot in 2015 for Lake Titicaca’s Hidden Treasure
Next postLas Pallas Lima Christmas Collection