The Nazca Lines have drawn thousands of visitors since they were first discovered in the 1920´s. Their mystery is part of their allure; it seems no one can confirm why the lines were drawn. Some scientists believe they are related to astrology, while others thought that perhaps they were drawn for the gods. One group of scientists even purported the myth that the lines, some eight kilometers (five miles) long, were markers for extraterrestrial landings. Today a new theory has emerged that the lines indicated water sources in the desert. Aracari caught up with specialist guide Ana Maria Cogorno, Director of the Maria Reiche Association to talk about the preservation of the Nazca Lines.

Maria Reiche and the Preservation of the Nazca Lines 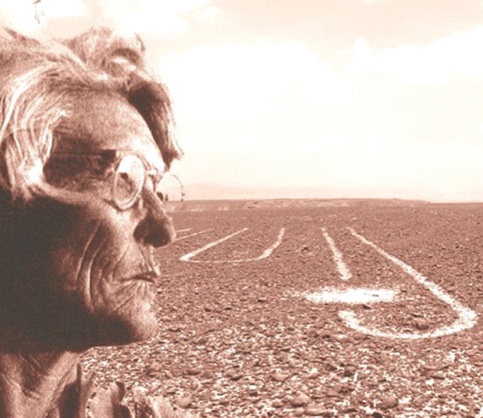 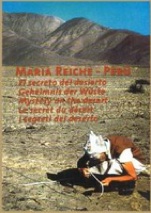 Ana Maria is the director of the Asociación Maria Reiche Internacional para el Arte & Ciencia, dedicated to the protection of the lines and located right here in Lima. Ana Maria Cogorno explained that the lines and geoglyphs, thousands of years old, are in danger of being destroyed because of human activities in the region. Ana Maria’s personal interest in the lines is very close: she was previously the assistant to Maria Reiche, a German mathematician and scientist who devoted her life to studying the Nazca lines.

Reiche believed that the lines pointed to the setting sun during the summer and winter solstices and that they proved the advanced mathematics of the Nazca designers. Studying the lines for over four decades, Reiche received Peruvian citizenship in 1993 and was buried here in 1999 when she passed away from cancer. Ana Maria Cogorno works tirelessly to keep her legacy alive through the association. Thanks to Reiche´s lifelong work, in 1994 UNESCO declared the lines and geoglpyhs of Nazca and Pampas de Jumana a World Heritage Site and were added to the World Monuments Fund and ICOMOS.

Current Threats to the Nazca Lines

In recent years, the preservation of this international monument has been endangered by human activities in the region. One source of the damage occurred during the famous Dakar Rally, a car race that in 2012 and 2013, involved a route through the southern Peruvian desert. Fans watching the rally flocked to the desert, driving their cars and parking over the lines and leaving trash behind after the race finished.

Of greater threat are the mining communities that have informally sprung up in the desert and are responsible for erasing geoglyphs thousands of meters in length. These mines and settlements must be removed immediately to prevent further destruction. Additionally, right near archeological zones there are unlicensed mineral processing plants that have contaminated the site with untreated water waste. The devastation is not only to the lines themselves but to the local environment that these plants pollute.

The Asociación Maria Reiche  has been actively fighting to put a stop to the destruction by placing signs, railing, and marking highways around the lines.  Most importantly, the director, Cogorno, has worked to raise awareness about the Nazca lines. She has been publishing and promoting Reiche´s books, organizing scientific symposiums and conferences about Nazca, and gathering film crews to go to the site in order to educate people in the country and around the world about the importance of preserving the Nazca lines.

Additionally, Cogorno hosts lectures for Aracari guests by appointment in Lima for those interested in benefitting from her personal and in-depth insights into the Nazca lines, Reiche’s work, and how to help the preservation effort.

There are several ways that you can help Cogorno and the Nazca lines of Peru. One way, is by donating money to the Asociación Maria Reiche Internacional para el Arte & Ciencia either directly on their website or by purchasing Reiche´s book, The Secret of the Desert (printed in 5 languages), by donating time and ideas for protection efforts, or by educating yourself and others about the Nazca lines and geoglyphs.

The Nazca Lines are seen by taking a plane ride over them. These scenic flights depart from the airports of Nazca, Pisco or Ica south of Lima. They take around 3.5-4hrs to reach by road from Lima. Depending on the time of year, LATAM serves Pisco airport by direct flight (limited frequency) from Cusco. Though it is possible to visit in a single day, this is a long car journey for a short flight. We recommend you visit the Nazca Lines from Lima and base yourself in Paracas staying at the best luxury hotels Libertador Luxury Collection Paracas or Hacienda Bahia, and visit from there. It is a half hour drive to Pisco. There are also other attractions nearby you can enjoy including the Ballesta Islands and Paracas National Reserve. We recommend two nights as the idea amount of time to combine Nazca with the highlights of Paracas.

Contact us for more information on visiting the Nazca Lines. Aracari arranges tours on a private basis as part of tailormade trips to Peru.

Greenpeace Displays Environmental Message Near Nazca Lines Peru Coinciding with the  UN Climate Change Conference (COP20) in Lima, the awareness tactics of the environmental group Greenpeace could have been seen as...
Santa Catalina Monastery, Arequipa The highlight of a visit to Arequipa is the Santa Catalina Monastery, one of the most impressive colonial religious buildings in Peru. The large conve...
Our Favorite Museums To Visit In Lima, Peru From pre-Columbian gold riches to the erotic pottery of the Moche, Lima is home to many of Peru’s most sacred artifacts and artworks. Lima’s museums a...
Nazca Lines Flight to see the famous geoglyphs The Nazca culture, with its complex textiles, impressive geoglyphs and underground aqueduct systems, first captivated my imagination when I traveled t...
Lisy Kuon Specialist Guide in Cusco Aracari offers guests unparalleled insight into Peru's rich history and culture with our specialists guides - experts in their fields offering unique ...
Juanita Mummy Arequipa: The Incan Ice Maiden A visit to see the Juanita mummy Arequipa, at the Andean Sanctuaries Museum, is a must while exploring Arequipa, Peru's second largest city. At this s...
Tags: Nazca Lines Peru history
Previous postExclusive Bolivia Group Tour with artist Gastón Ugalde
Next postAracari Awarded Butterfly Mark for Responsible Tourism in Peru