The Amano Museum in Lima 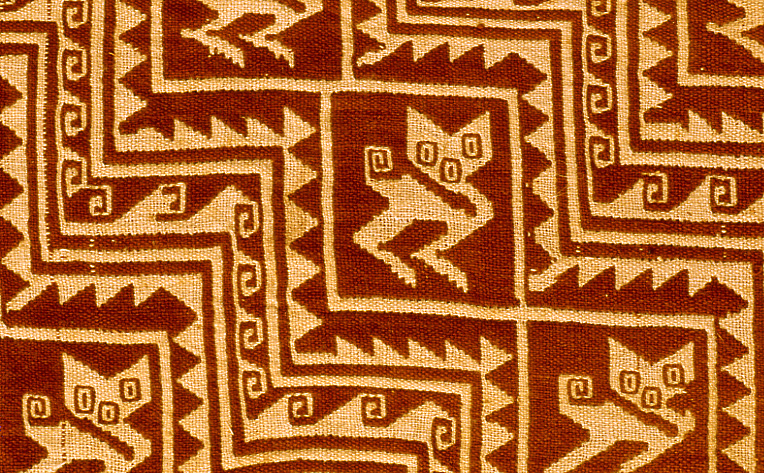 First opened in August of 1964, the Amano Museum, now known as the Pre-Columbian Textile Museum, recently went through a years’ worth of renovations and reopened at the end of May 2015. After 50 years promoting and conserving Peru’s textile heritage, the remodeled museum in Peru’s capital, Lima, doubled the exhibit space and improved conservation methods in anticipation of a large amount of visitors in the future. The permanent exhibit includes an impressive collection amassed by Amano including over 600 ancient textiles as well as ceramics from Pre-Inca cultures.

The concept of the museum started as a passion of Yoshitaro Amano, a Japanese businessman who relocated to Peru. Through his travels around the country he began to collect and preserve textiles that had been left to the elements without recognition of their true value. Originally part of his private collection in his Miraflores home, he soon started a foundation which became a renowned institution among scholars in Peru, Japan and beyond for Amano’s dedication to protection and preservation of Peruvian cultural and history. 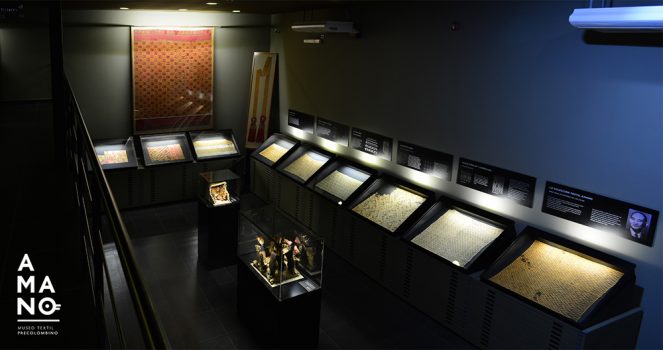 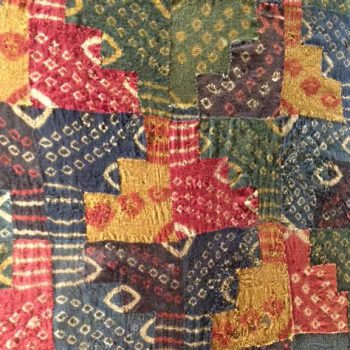 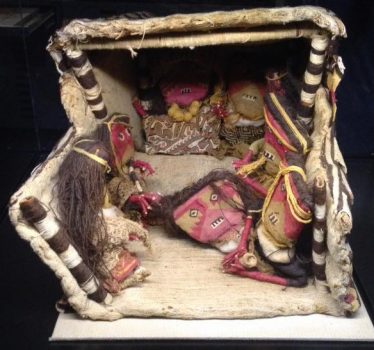 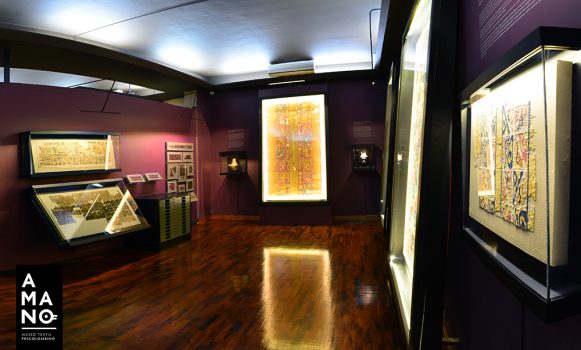 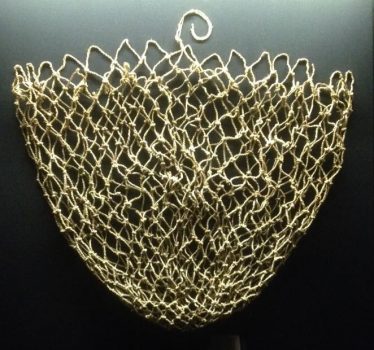 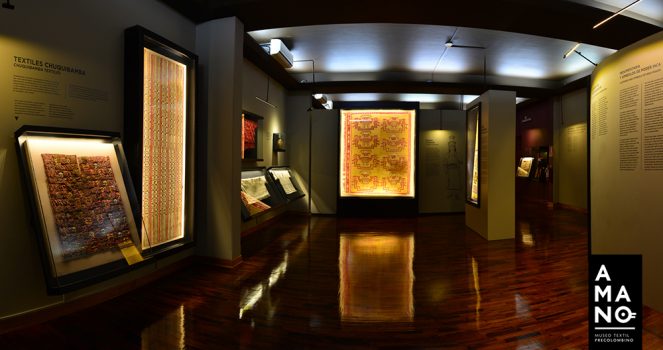 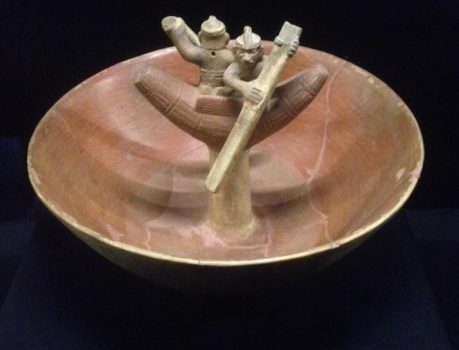 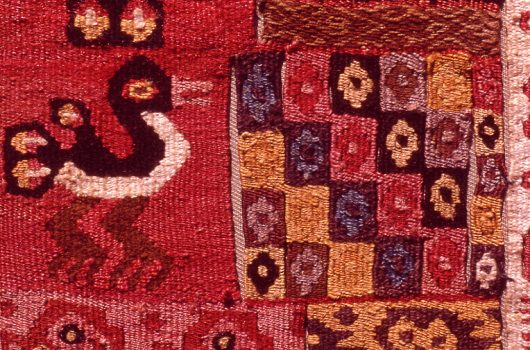 The exhibit starts upstairs with an explanation of the emergence of textiles in different parts of the world and the first raw materials used. A large world map pinpoints the locations and raw materials native to each area of the world. The history of textiles in Peru covers the development of the Chavín, Paracas, Nasca, Moche, Huari, Sihuas, Lambayeque, Chimú, Chancay, Chuquibamba, and Inca cultures.

The museum exhibits more than 120 textile works representing the long history of cultural development in pre-Columbian Peru, in addition to a room with display cases showing the various tools and raw materials required for the textile production that was explained in the first few rooms, such as dyeing, spinning, knotting, looping, and use of looms.

I hadn’t been to the museum prior to the renovations, but I found it so interesting the first time I went, a few weeks ago, that I returned a second time to spend more time perusing the exhibit, reading all the explanations, and peeking in the cabinets for a better look at the intricate, colorful textiles. I especially liked seeing the large display of a Khipu, a series of colorful knotted strings that kept records and was a way of carrying messages from one part of the empire to another during Inca times. For that reason, our newsletter is called the Khipu, spreading news from Peru and the rest of South America!

Besides the fact that the colors, shapes and animals within the textiles are aesthetically pleasing, it is amazing how they were used to tell stories–being transported across the land to spread beliefs through their depiction of deities, humans and animals. These textiles play an important role in learning about Pre-Inca cultures and the Inca, including their use in styles of clothing for nobility and commoners and their function in funerary bundles.

Many of the pieces in Amano’s collection have undergone restoration in the last year in order to preserve and display them prior to the reopening of the museum. Visitors to the museum are now able to enter part of the storage facilities, or the Yoshitaro Amano room of the museum, where there are more than 460 examples of Chancay textiles from Amano’s collection. Visitors interested in taking a closer look at textiles from the Chancay culture can open the many cabinets and observe the intricate designs and techniques used by the skilled Chancay people.

Throughout the exhibition, informative panels are in Spanish and English and there are plans to add Japanese soon. Other plans to look forward to are the opening of the gift shop, interactive videos and audio guides.

Guided visits are recommended as they provide further details and descriptions of the differences in skill from each culture and development of textiles throughout Peru’s history.

If you’re interested in visiting the Amano Pre-Columbian Textile Museum, Aracari arranges special access at Amano to see display cabinets not typically shown to the public. Contact us for more information on visiting Lima as part of a private, tailormade trip to Peru.

Peru Private Homes Collection Aracari has been offering discerning guests tailormade trips to Peru for over 20 years. Now, Aracari’s founder, Marisol Mosquera, is opening up her li...
Chocolate Workshop Peru at the Choco Museo Peruvian cuisine has been in the spotlight for sometime now, winning awards, inspiring new restaurants in Peru and abroad, and building a reputation t...
PARC Art Fair in Lima’s Museum of Contemporary Art Wednesday evening  throngs of smartly dressed people converged upon the Museum of Contemporary Art (M.A.C.) in the Barranco district for the inaugurat...
Defying Gravity at Pirqa Climbing Wall Lima Last week, three members of Aracari’s sales team had the opportunity to try out the climbing wall at Pirqa, one of Lima’s best indoor climbing gyms. T...
Las Pallas Lima Christmas Collection Now that the holiday season is upon us, it is time to visit Las Pallas’ Christmas collection of ornaments, nativity scenes and more. Las Pallas handic...
Pick a local ‘friend’ for the best guiding in Lima The best guiding in Lima is with a local friend Despite all of the guidebooks and web resources out there, there is nothing that comes quite as close...
Tags: Insider access Lima Lima art things to do in lima
Previous postA Café Guide: Where to Find the Best Coffee in Miraflores
Next postThe Iconic Andean Chullo Hat