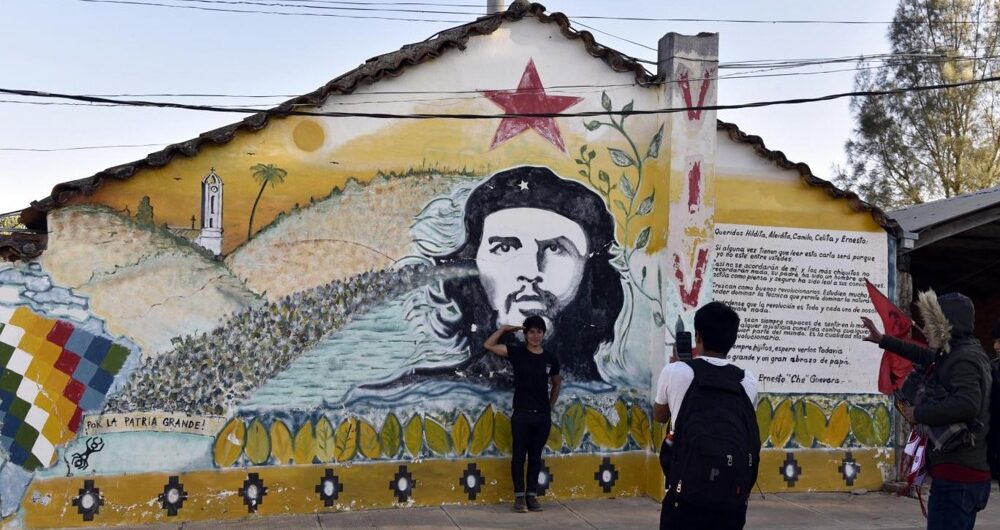 In honor of the 50th anniversary of Che Guevara’s death, Aracari retraces the last steps of the iconic revolutionary in Bolivia with journalist Sarah Gilbert.

Aracari offers a 6 day/5 night trip on the Che Route including full board starting at USD $3,055 Contact Us

50 years ago, on October 9 1967, Che Guevara was shot in a small town in eastern Bolivia. The historically significant villages and local sites that he visited during his last living days and the first days of his death make up the ‘Che Route’ or Ruta del Che. Along the route, Che’s spirit lives on in colorful memorials and historic sites that can be visited by interested travelers.

Read about journalist Sarah Gilbert’s experience on The Che Route with Aracari in The Evening Standard, The Independent, Yahoo! Style, and The I.

A Brief History of Che Guevara

Originally from Argentina, Ernesto ‘Che’ Guevara was a revolutionary and guerrilla leader that worked to spread Marxist and socialist ideals around the world. He rose to fame during the Cuban revolution, when he worked beside the Castro’s to overthrow the US backed Batista regime. After assuming many important roles in the new Cuban government, Che left the country to spread the revolution abroad. He made an unsuccessful attempt in Congo before heading to Bolivia where he was captured and executed. 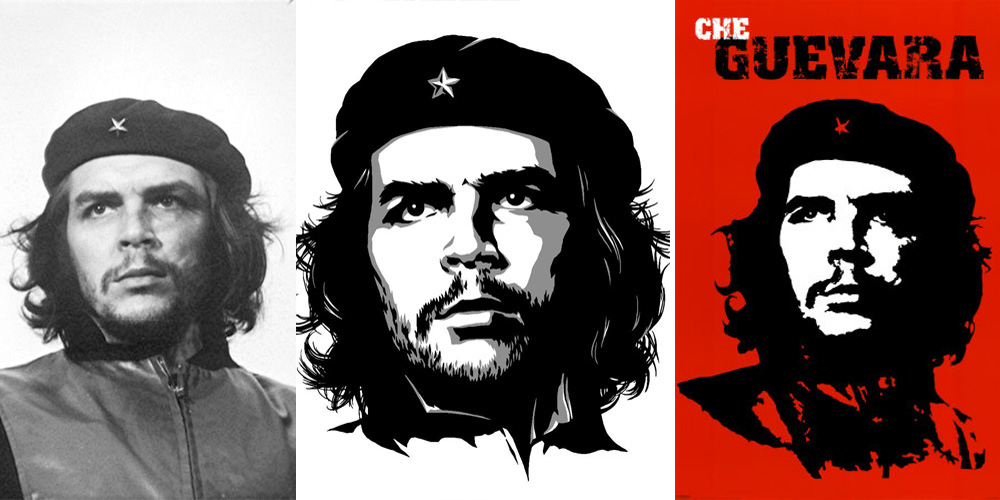 To this day Che remains a polarized figure, hated or loved by people around the world. His story and writing were developed into the 2004 international film, The Motorcycle Diaries, and his image, a famous photo of long haired Che Geuvara in a beret looking determined, has become a pop culture symbol for rebellion and standing up to ‘the man’ and was cited as the most famous photograph in the world.

Stops Along the Che Route

The Che Route through southern Bolivia has become an interesting option for travelers looking for a historical and educational trip. The route journeys east from Santa Cruz, Bolivia, through dramatic landscapes to visit the places where Che was shot and buried.

Nestled into the Andean foothills, this is the small Bolivian town where Che Guevara was executed 50 years ago in 1967. When Che arrived to begin the revolution in Bolivia, he knew he was being hunted so he spent months crossing wild jungle terrain north of La Higuera before his capture.

Nancahuaza River: Visitors can hike through some of the same jungle, to the bed of the Nancahuaza river where there is a rock that says ‘Che vive’ or Che lives. This is close to the place where Che was captured.

The Schoolhouse: In the schoolhouse in La Higuera, Che was held captive and interrogated by the CIA and Bolivian armed forces. It is also the site where he was eventually shot multiple times in the chest. This is an interesting place to see his living legacy, as the neighboring streets and alleys are filled with monuments, tributes, and graffiti memorializing the revolutionary.

La Casa del Telegrafista: Here travelers can dine, or even stay in the room where the original telegraph machine that spread the news of Che’s capture was housed.

Los Amigos Bar: Guests can stop by the bar that pays homage to Che in photos and videos, where conversation and theories on how the revolutionary spent his last moments are welcome conversation.

About 34km away from La Higuera lies Vallegrande, meaning big valley. A charming colonial village encircled by mountains, Vallegrande’s claim to fame is as the first burial site of Che Guevara. After his execution, he was flown by helicopter to the town and was secretly buried in a mass grave with fellow revolutionaries.

Señor de Malta Hospital: Here in the hospital laundry, the corpse of Che was put on display for press photographers. Still a working hospital, the laundry where his body was is now a memorial to Guevara’s life and is decorated in graffiti and revolutionary slogans.

The Burial Pit: The original unmarked pit where Che’s body was buried still remains close to the airport landing strip. Travelers can identify the area by the plaques that mark the site.

Ernesto Che Guevara Cultural Center: Opened in 2016 by left wing Bolivian president Evo Morales, the center is a place for visitors to memorialize and learn about the life and death of Che Guevara.

Contact us for details on a 6 day/5 night trip on the Che Route. As specialists in tailormade, luxury travel, we can also arrange private customized trips to Bolivia like this one.

Trip Report: Lake Titicaca By Marisol Mosquera Lake Titicaca experience I have visited Lake Titicaca a number of times, mostly on the Peruvian side but also on the Bolivian ...
Trip Report: Desert, Lagoons and the Salar de Uyuni Peru trip report by Marisol Mosquera I have been to the Salar de Uyuni  and Desert + Lagoons area twice before, but it had been a while since I last ...
Trip Report: Potosi and Sucre Potosi and Sucre by Marisol Mosquera The drive between Uyuni and Potosi used to take all day, but with paved road all the way, it is now a swift 3...
A Trip Across Bolivia with Aracari A Trip Across Bolivia with Aracari Journalist Lauren Holmes shares her personal experience travelling through Bolivia with Aracari as part of her res...
Moments that Made Aracari: celebrating our 25th birthday Longevity. In today’s competitive climate, longevity is a hard commodity to come by for a business, particularly a travel company – when with each pas...
8 Inspiring Women On International Women’s Day Happy International Women’s Day! We would like to introduce you to these eight inspiring women. Each of them does exceptional work preserving the c...
Tags: Aracari Travel Bolivia Luxury Travel
Previous postMadrigal Chimpa Fortress Hike in Colca Peru
Next postWired Amazon, The Citizen Science Projects