Callao Monumental – Visiting The Center Of Urban Art in Lima 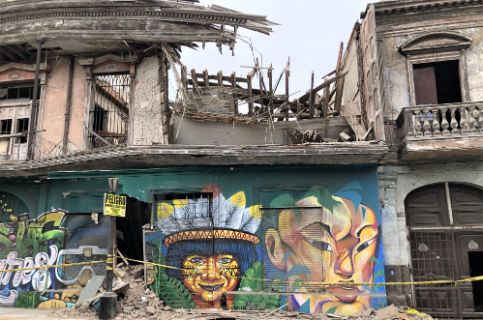 Callao, a colorful district on the north-western edge of Lima, is quickly gaining a reputation as the center for urban art in Peru. Where else in the world is there a wait list to graffiti the streets. Local youths and some of South America’s leading street artists alike are all pining for the opportunity of a lifetime, to make their mark on this barrio’s historic streets.

Callao was once the chief seaport in all South America. For centuries all goods transported to Spain and Europe were required to travel through its’ docks. The neighborhoods’ elegant colonial architecture reflects the immense wealth that was created during this time. Unfortunately, it wasn’t to last. After the port’s monopoly collapsed, the people of this community quickly fell into impoverishment and disregard by society. Until just four years ago Callao was considered; a ’red zone’, deprived, deadly and with a crime ridden reputation, too dangerous for tourists to stroll. However, upon the walls of the neglected shopping arcades, townhouses and civic centers were the seeds of rejuvenation, empty canvases for expression for grassroots graffiti and urban artists.

At the heart of this recent urban revival has been an initiative called ‘Callao Monumental’, which was set up by a friend of Aracari, called Angie Pelosi. She is a local activist, who has become a highly regarded figure across Lima. Supported by a private organization called ‘Fugaz’ (meaning ‘Fleeting’ in English), her work has consisted of reviving a five block area of Callao through the creation of workshops, exhibition and artistic spaces for local people to work, learn, bond and express themselves through art.

This started with the transformation of the famous Ronald Building in central Callao. The imposing colonial style building was converted into a home for Callao Monumental’s activities. Some of the best local best graffiti and contemporary artists have been nurtured in its spaces.

“Callao Monumental has provided a legitimate way for people to express themselves.” says Angie Pelosi.

The eye-catching graffiti art has not only brightened up the streets but also attracted the likes of Pepsi-Cola to shoot their advertisements. In return these large multi-nationals have sponsored further art workshops in the local community, which is giving people the opportunity for a better life. 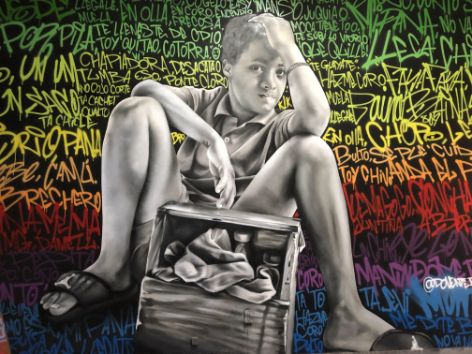 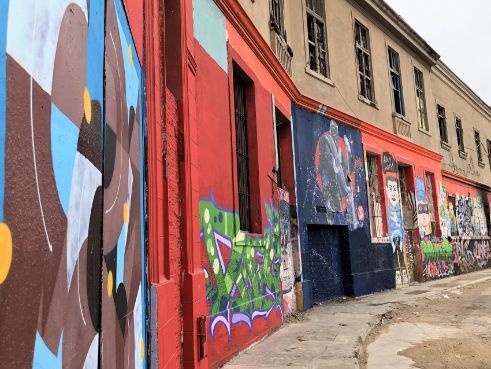 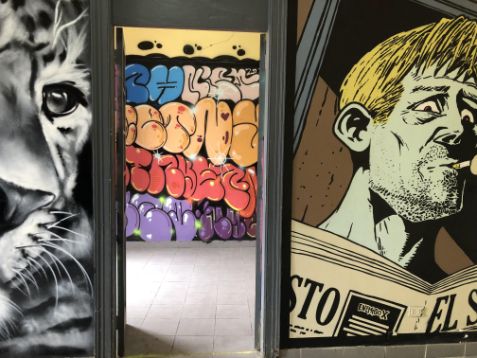 In a very short timeframe, it’s become safe for tourists to visit Callao. Angie Pelosi tells us “When I walk the streets today, the difference is that locals have a smile on their face. They are pleased to greet each other and proud of what they’ve created.” The six-story Ronald building today is filled with boutiques and restaurants in addition to dedicated art galleries and workshop spaces.

“It just goes to show that you only have to give these people one chance at life for them to take it” explains Angie. Callao is not just known as a center for urban and contemporary art in Peru, but as a neighborhood of revival.

Aracari prides itself in creating authentic experiences for our travelers, when these encounters support the rejuvenation of communities like Callao Monumental – then everybody wins. In recent years we have organized for Aracari travelers with an interest in contemporary art and urban rejuvenation to visit Callao. On an experience guided occasionally by Angie herself and often by Fabiola Rentería, who is herself an exponent of this wonderful initiative, Aracari travelers are taken on a five-block tour of Callao’s most famous street art, including Plaza Matriz Pisconi and the renovated Ronald building. Whilst many guests are attracted to this experience by the thought of perusing some of Lima’s most hip private galleries and studio spaces, by the end of the experience most travelers have had their hearts warmed by the people they’ve met and stories they’ve listened to from members of the community who are now artists in residence at Callao Monumental. 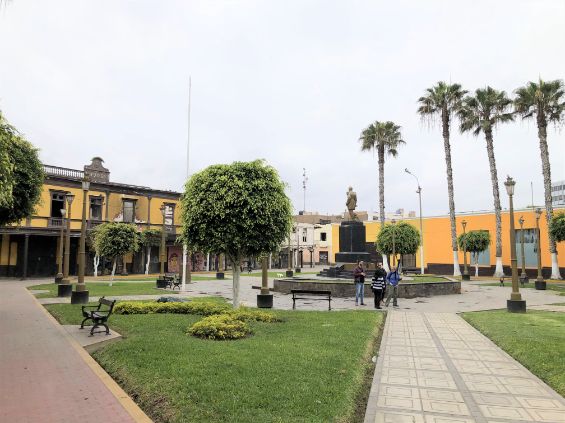 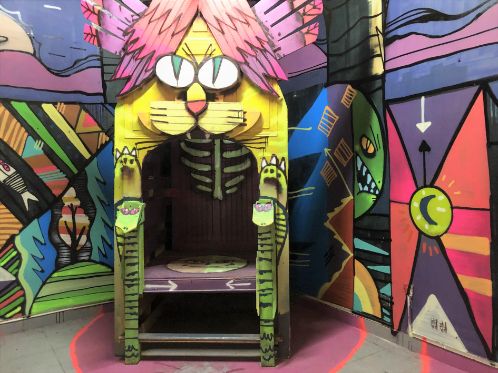 Visiting Callao Monumental is an experience we often recommend to families, because graffiti and street art is often as easy way to get them interested in culture and the arts. With advanced notice, our travel advisors can even arrange for our guests to take a graffiti masterclass with members of Callao Monumental.  It so often becomes a fun and competitive challenge between parents and their children, as to whom are the best graffiti artists.

New to the Miraflores Neighborhood in Lima: Hotel de Autor (Autor I) Luxury hotels in Peru Blog post update in 2016: Hotel de Autor has been renamed Autor I, with the addition of sister property Autor II, also located ...
Andean Luxury Handpicked by Aracari Travel How do you materialise what it is to visit Peru or Bolivia? Can one distil the essence of a place or a people into something tangible? To showcase cu...
The natural wellness remedies of Peru Last month, we shared with you an exclusive preview of our brand-new wellness itinerary. The details of this unique wellness experience have been craf...
Aracari Conversations in June We have wonderful things happening in June. We would like to welcome you to our series of Conversations during the month of June. We have included su...
The Amano Museum in Lima First opened in August of 1964, the Amano Museum, now known as the Pre-Columbian Textile Museum, recently went through a years’ worth of renovations a...
The Route of the Achupalla with Tierra de los Yachaqs Tierra de Los Yachaqs is a rural community based tourism initiative that welcome visitors to their villages to learn about traditional life in the And...
Tags: art in Peru Contemporary art in Peru Lima art luxury travel peru Peru
Previous postAndean wisdom collides with a modern challenge
Next postBreathtaking Bolivia – 5 Unmissable Stops