A visit to see the Juanita mummy Arequipa, at the Andean Sanctuaries Museum, is a must while exploring Arequipa, Peru’s second largest city. At this small museum, you get to see Incan history eerily up-close as you meet face-to-face with the macabre Ice Maiden Juanita. This offers an unforgettable, vivid understanding of Incan human sacrifice. Aracari arranges private, guided tours of Arequipa, including the Andean Sanctuaries Museum, as part of any tailormade trip to Peru.

Located only about a block from the Plaza de Armas is the Andean Sanctuary Museum, home to the ‘mummy’ Juanita. Discovered atop Ampato Mountain in 1995, in the Andes of Southern Peru, Juanita is in fact not a mummy but a frozen 12 year old Inca girl who was sacrificed to the gods in the 1450s.

The Incan Honor of Sacrifice

Considered the best-preserved of all the Inca ‘mummies’ in the Andes, Juanita is an incredible representation of what it meant to be an Incan sacrifice. It would have been a true privilege of the parents for their child to be selected as a sacrifice. Juanita – like other human sacrifices – would have been led up the cold mountain with priests before being sacrificed, carrying with them the likes of coca leaves, food and offerings that formed part of this ritual. Juanita herself would have been dressed in her finest, for what was a highly symbolic ritual for the Gods. When she was discovered, she was bundled with burial items that would have accompanied her, including miniature llamas.

The child was wrapped up before the sacrifice, and due to the altitude likely very cold. Ultimately it was a blow to her head that was the cause of death. While this sacrificial ritual may have represented honor, natural human instinct likely kicked in at the last moment and you can see her hand grasping her own arm! 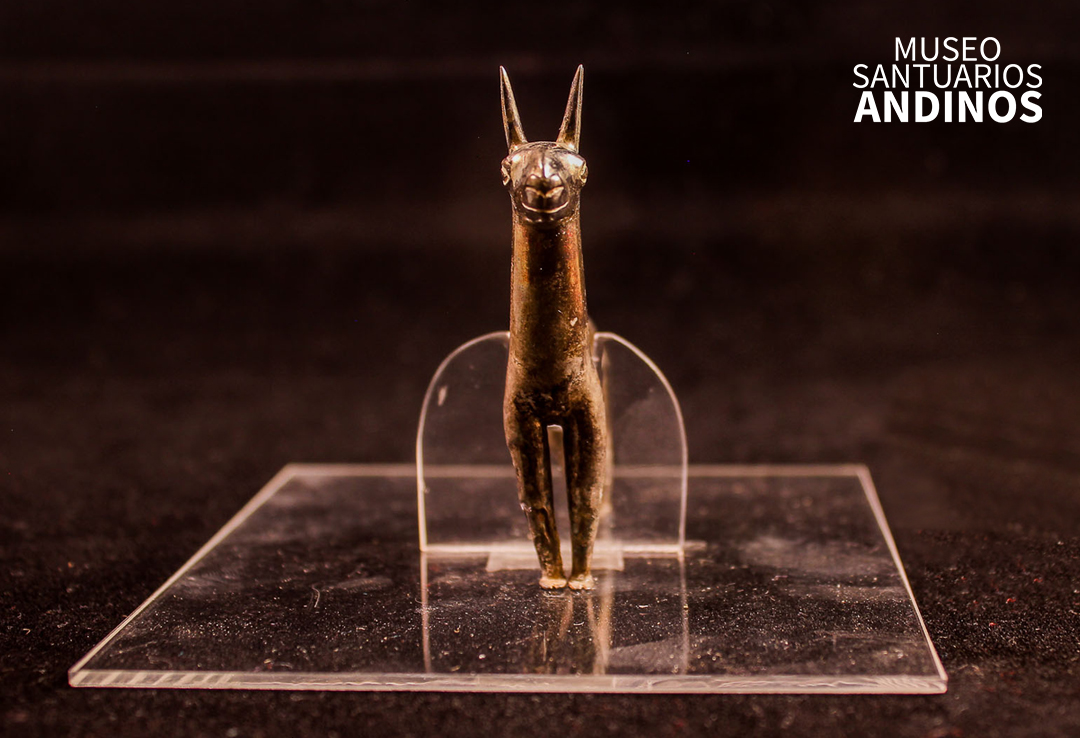 The discovery of Juanita

Juanita had been buried on the mountain top, and were it not for a volcanic eruption, she would likely have not been found. The result of the volanic activity caused the snowcap to melt, revealing her burial site and causing Juanita to fall out and effectively roll down the hill in her frozen state. This is the reason why one side of Juanita is better preserved than the other, as she would have tumbled down ending up on one side. Furthermore, when her burial site was disturbed, she was still frozen. The fact she was discovered relatively quickly (by an anthropologist, who she is named after) after being exposed to the elements meant she hadn’t defrosted – and thus today at the Andean Sanctuaries Museum in Arequipa visitors have a chance to see such a well-preserved Incan sacrifice.

Juanita is not the only Andean child sacrifice to have been discovered – in fact she is one of a handful. Her fame is in part due to her state of preservation. Juanita is kept at the museum in a temperature-controlled facility. From January to April, Juanita is then switched for a different ‘mummy’, Sarita, so she can be properly preserved and maintained. Both are equally historically significant, but Juanita is slightly better preserved based on the way she fell from the mountain. Regardless of which you see, a visit to the Andean Sanctuaries Museum is worthwhile year round.

This is a fixed one-hour visit, starting with a video (in English or Spanish) explaining the discovery of Juanita. This is followed by a brief guided tour of the museum, which displays artifacts from the burial site and would have accompanied Juanita as offerings to the Gods.

As specialists in tailormade travel to Peru, Aracari can arrange a bespoke, private trip exploring the highlights of Arequipa and its surrounds including a trip to visit the Juanita mummy. Check out our round up of the best luxury hotels Arequipa or best restaurants Arequipa to inspire your travel!

Contact us to get in touch with an expert travel planner to start planning a cultural adventure in Peru.

Ollantaytambo Tour: The Legacy of the Ruins Ollantaytambo (2,800 meters, or 9,200 feet above sea level) is the name given both to the Inca ruin complex sculpted into the cliff side at the northe...
Highlights of the Sacred Valley Peru Once overlooked by tourists as just a stepping stone between Cusco and Machu Picchu, nowadays the Sacred Valley Peru is truly a destination in its own...
Belmond Andean Explorer: Luxury Train Peru Last week I left the hustle and bustle of Lima and adventured south to begin a multi-day escape from Cusco to Lake Titicaca and Arequipa on South Amer...
Q&A With Travel Writer, Ronald Wright A Journey in the Two Worlds of Peru "This notion of travel as moving through space,  but also being in one place at a time, is vividly exemplified in...
Chavin Culture Exhibition Opens at MALI The Chavin Culture The Chavin Culture is an extinct culture that developed between 1500 and 300 B.C. in the highlands of the Peruvian Andes and its i...
Lisy Kuon Specialist Guide in Cusco Aracari offers guests unparalleled insight into Peru's rich history and culture with our specialists guides - experts in their fields offering unique ...
Tags: Arequipa Inca traditions Peru history Peru museum
Previous postNatural Hot Springs Colca
Next postStand Up Paddle Cusco