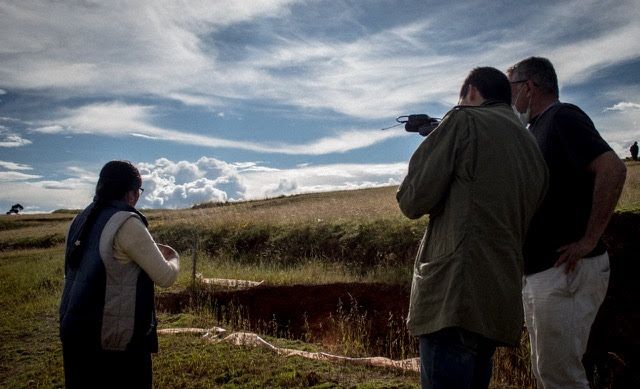 Here is an update from Jonathan Stack, the documentarian who is working on the campaign to stop the building of Chinchero airport, which we are supporting with the help of many friends and clients. Jonathan was caught in the lockdown in Cusco and is still there… Despite being separated from his own family back in New York, he is fully committed to this vital work and his experience invites us to reflect on the events we are all experiencing right now.

A message from Jonathan Stack

First off, I know these are scary times on planet earth, so we pray you and your loved ones are healthy and in a place of safety during the pandemic.
It has been an intense few weeks here in Cusco as well, but fortunately, with press credentials and the kind support of a few very generous and brave individuals, we have been able to arrange nearly a dozen interviews, visit Chinchero and film possible alternative sites for the airport. 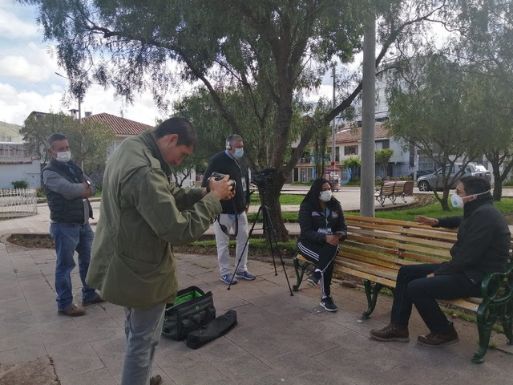 Of course, we realize that the timing for the project might seem misguided. There is enormous suffering everywhere and an airport in Cusco, is not anyone’s first concern.  I myself, with family back home in NYC (though my parents, my daughter, my son and sister are safely removed from the madness) have felt mixed emotions, yet I remain resolute that a story to stop the destruction of one of the world’s most magnificent places, one steeped in sacredness, has everything to do with the inherent imbalance of human civilization.
Do we believe there is no limit to development and that we don´t pay a price for the destruction? Do we think increasing the population of the planet from 2 billion people to nearly 8 billion in less than 100 years comes with no price? Or that powerful lessons taught over 400 years ago in Chinchero have no relevance today?
The other day we were talking with Rocio Cjuiro, a powerful and compelling woman from Chinchero. She began to cry as she looked over her land, some of which bordered the land upon which the airport is meant to be built, including that had been illegally appropriated. She reached into the earth and picked up two handfuls of rich soil and said, ‘this land is more valuable than money. It has fed my grandparents and I pray it will provide food for my grandchildren’. 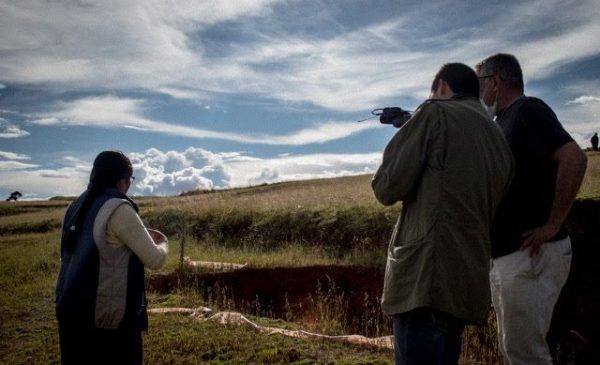 Rocio looked me in the eye and said, “I am glad for the virus. It is stopping, even if for a few weeks, the madness of this planet. It is the Pachamama reminding us of what matters most”.
I asked her what people in Chinchero thought about the airport.  ‘At first people supported, but we did not understand. Once they started building, and interrupting our lives, it was closer to 60 to 40 in favor, but now people are changing their minds. They see what happens when tourists disappear…and the land remains fertile. People’s attitudes will change’. 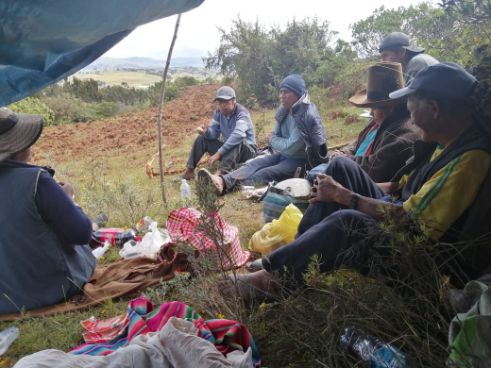 I stay here for Padre Jorge, a Jesuit Priest who has new found faith that the ending of the Chinchero story is for people of kind and conscious minds to write. I stay for Rocio and her indomitable spirit. I stay here, be it just a week longer, to do my best to tell this story and help leave a legacy of hope and possibility at time when both are needed more than ever. 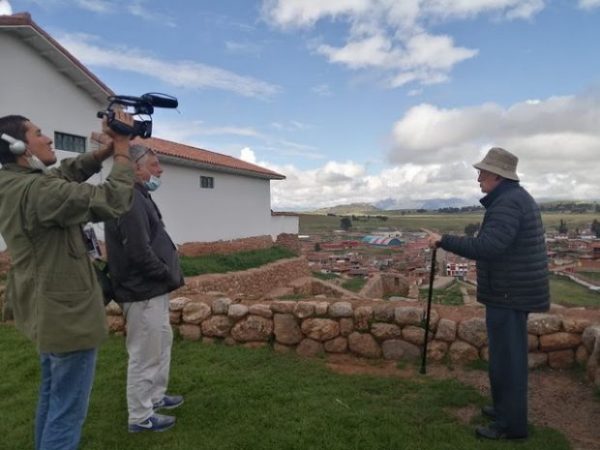