Dakar in Peru: World-renowned race starts in Lima this weekend

It’s that time of year again, and the Dakar rally is returning to Peru for the second time! Last year the race finished in Lima, with the final stages taking place in the country’s southern desert coast. The Peruvian capital is now in the spotlight as the race kicks off tomorrow, Saturday 5th January, with the Grand Start running along Lima’s costa verde seafront.

After setting off from Lima, bikes, quads, cars and trucks alike will speed south to Ica, Pisco, Nazca and Arequipa. They will then head over the Peruvian border with Chile to Arica, continuing the route through Chile and Argentina. The race finishes in Santiago on January 20th after covering some 8,000 kilometres. As many as 300 million people will watch Dakar 2013 from across the world according to PromPeru.

Originally the Dakar ran through the Sahara desert, but it relocated to South America 5 years ago, primarily because of security reasons, but also because the terrain between Argentina and Chile offered a variety of different challenges for the enduring racers of Dakar. Peru was included in 2012 for similar reasons, with the vast desert coast offering vast sand dunes and barren terrains to negotiate. 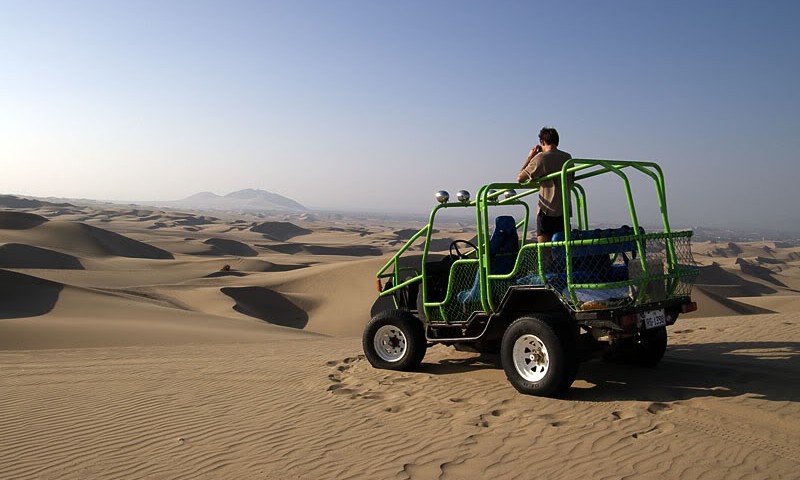 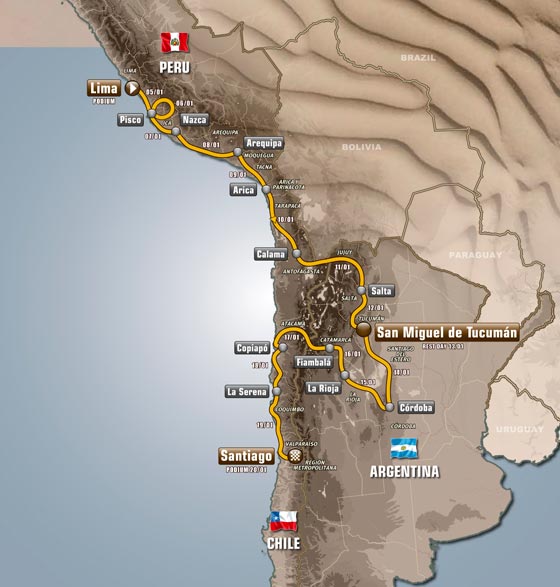 This year, measures have been taken to protect fossil remains in the southern desert around Ica. As drivers search for ever more adventurous routes there has been concern that they could trample over fossil deposits. The Peruvian Ministery of Culture has implemented a signage campaign which it is confident will eliminate any damage.

If you want to follow the race check out the official Dakar website and if you want to speed about like a Dakar rally racer on your very own sand buggy in the southern Peruvian desert then contact us straight away!

Arequipa’s Pisco Route Pisco is Peru’s national spirit and has been an integral element to Peruvian life and culture for more than 400 years. Outside the city of Arequipa, i...
The city of Lima: 477 years old today The Question: Which Peruvian city celebrates its 477th anniversary today? The Answer: Founded by Spanish Conquistador Francisco Pizarro on th...
Santa Cruz II Review: Galapagos cruise Santa Cruz II Review: Best Large Galapagos Cruise A land of active volcanoes brimming with unbeatable diversity in wildlife, the Galapagos Islands is...
“We would most certainly recommend this trip for anyone with a t... Moving into autumn – or Peruvian spring – and the sun is starting to shine more and more in the capital city Lima. And rather fittingly, there has bee...
The Most Personal and Charming Hotels In Peru Looking for your home away from home in Peru? Below, the most charming and outstanding hotels in Peru that are redefining luxury. Gocta Natura, Chach...
The Best Horse Riding in Peru Peru is a country of diverse landscapes ranging from the jagged peaked Andes mountains, to the densely forested Amazon jungle. Though the distinct reg...
Previous postNew Year’s Eve in Peru
Next postPeru braces itself for Chilcano week, celebrating this tasty Peruvian Cocktail