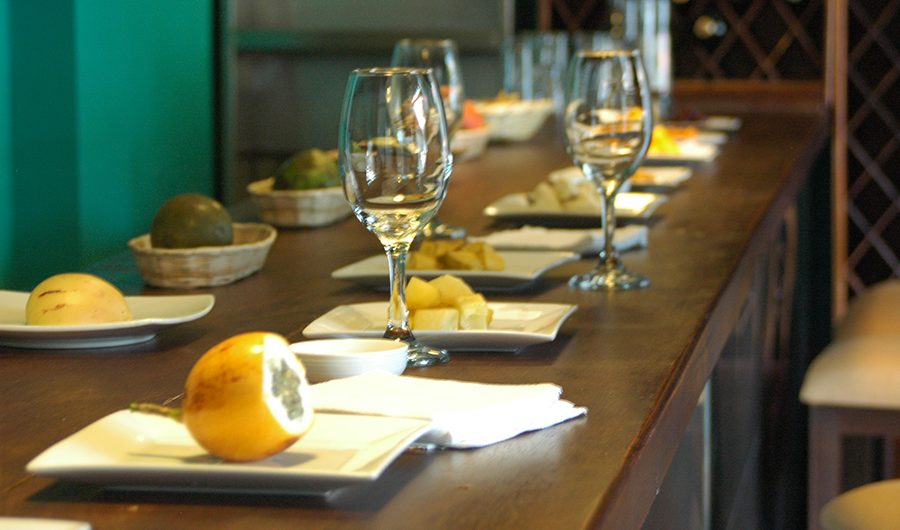 When you’ve had your fill of Inca sights in and around Cusco, there is no better way to relax and enjoy Peruvian culture than taking Marcelo Batata’s interactive Peruvian Cusco Cooking Class. This culinary experience proved to be much more than just a cooking class: it was a real window into Peru’s history and society through food. It was a great way to get a hands-on understanding on why Peru is now firmly on the world’s culinary map as one of the best food destinations on the planet. Having tried and tested culinary experiences across the country, this Cusco Cooking Class is definitively a must-try for foodies looking to enjoty the best a culinary tour Peru can offer.

Dining at Lima’s top gourmet restaurants is one important facet of Peruvian cuisine today, but with this educational and fun cooking class you get an in-depth appreciation for what makes Peruvian ingredients so extraordinary, for a better understanding of why the country’s food scene has flourished. In the cooking class you learn to prepare two traditional Peruvian dishes with expert tuition: causa and lomo saltado. And vegetarians, vegans or anyone with allergies or sensitivities need not worry: the class accommodates any dietary restrictions.

The chef behind the restaurants Marcelo Batata, Uchu and Blue Puppy is Erick Paz Gallegos, a Cusco native, who is currently embarking on several projects that include restaurant openings in international locations and the development of a culinary school—in addition to his professional rally racing. Friends from America begged him to teach them how to cook—after which the flow of people asking him to teach them continued until he finally opened the classes to the public at Marcelo Batata. His focus is on the fusion of culinary traditions from the diverse cultures that coexist in Peru with a generous dash of creativity and imagination. After five years of travelling around the world, working in kitchens to support his globetrotting habit and his curiosity about other cultures, he returned to his hometown of Cusco and opened his first restaurant. He continues traveling (and eating) around the world as part of his research, returning from each trip with more ingredients than he knows what to do with! This ingredient investigation seems to be the most important part of his creation process and likely why his class and cooking are so delightful.

There were three of us in the class – which can be taken either privately or shared in a group – and we began at the bar with introductions and a talk about our knowledge of products and cuisine in Peru. Then we put on our aprons and headed to another room, “the marketplace”, stocked with an array of Peruvian products. Here Erick held up various ingredients – a bulbous potato, a basket of beans, a jar of chilies – and asked us questions about them. Then he would explain the characteristics and varieties (because Peru is known for its staggering variety), how and where they are grown and of course, how each product is incorporated into the Peruvian kitchen. To solidify this lesson, throughout the class the other restaurant chefs prepared various appetizers for us to taste the ingredients we’d learned about in the marketplace.

After this, we returned to the bar for a fresh produce tasting of a variety of fruits native to Peru like passion fruit, lucuma, mango, custard apple, grapes and several others (check out our guide to fruits).

Then, we moved to the kitchen, where four cooking stations with ingredients and all the tools we would need were set for us to begin preparing our first dish: causa. Erick explained the cultural relevance of the dish, its most commonly touted origin during the War of the Pacific when the dish was prepared to feed soldiers and also sold to raise money for “the cause”(this is the story I liked at least). And finally we started cooking, prepping our ingredients, first the golden, boiled potatoes that we mashed to a purée and mixed with ají sauce, vegetable oil, lime juice and salt. Next we peeled and sliced our avocados, mixed our rocoto (red chilli pepper) mayo sauce, sliced our olives, chopped the eggs and chicken, and assembled the causa in an oiled mold to create a tower, which we decorated using colorful sauces. My tower was tipping and my drizzle of sauces began to look like a watercolor painting gone awry, but, all the same, when we carried our dishes to the restaurant to eat them, it tasted delicious—even more so because I’d prepared it!

After enjoying the first dish, we prepped our veggies for the next dish, lomo saltado (or in my case, veggie saltado) and returned to the bar for a proper Pisco tasting. Chef Erick arranged various bottles of Pisco, each labeled by variety: four non-aromatics-Mollar, Negra Criolla, Uvina and Quebranta, and four aromatics-Italia, Torontel, Albilla and Moscatel. The tasting began with instructions on the three steps to testing Pisco by look, smell and taste (distinct from that of wine but similar). Then we tried three types: Quebranta, made from this grape varietal; acholado, a blend; and mosto verde (green must), which is best for drinking straight. If you are keen on Pisco, and well-behaved during the class and tasting, you may even get a chance to taste the precious 2011 edition of the Pisco Portón, a mosto verde produced at the Portón distillery at Hacienda La Caravedo (which you can also visit with Aracari). Once we tasted the types and learned about the distillation process, we learned how to make a Pisco Sour and Chilcano. We also had the chance to try infused Piscos and to make our own cocktails to enjoy with dinner. I opted for an ají infused Pisco Sour that did not disappoint, though all of the shaking required to make it nice and foamy proved my hunch that I’d be a terrible bartender.

Piscos in hand, we returned to the kitchen, where we learned how to properly sauté and flambé our alpaca and veggies, emphasizing the importance of making the ingredients “saltar”, or jump, in the wok. The story behind this dish is that Peruvians spotted the veggies “jumping” in the woks of Chinese immigrants and employed this method with their ingredients, accompanying the dish with the staples: a mound of rice and potatoes wedges.

Using vegetable oil, we coated our woks and once it came to heat, began sautéing, lifting the wok to gently sling the ingredients in the air without losing them to the floor. We added soy sauce, stock and Pisco to flambé. And as proof that our chef taught us well, no one singed off an eyebrow when the flames shot up in the wok!

After this, it was time to arrange our dishes with the rice and potato wedges and then head into the restaurant Uchu to enjoy and relax. The dishes were delicious and rewarding and was followed by a dessert tasting that included one of the most delicious chocolate cupcakes I’ve ever tasted and various homemade ice creams. Over our meal, we had the chance to chat with Erick and learned the story behind the name Marcelo Batata, which many mistakenly take to be the name of the chef. However, that’s a story you’ll have to earn by taking the class!

If you are interested in trying this culinary experience in Cusco, contact us to book a private or shared class as part of any tailormade trip to Peru.

Take an Andean Tea Break Aracari prides itself on offering the most exclusive experiences that we can for our guests. We create one-off, completely tailormade moments that sui...
Astrid y Gastón: One of the Best Restaurants in Lima Peru Lima, Peru is often referred to as the culinary capital of Latin America thanks to its selection of the top restaurants in the region, and three of th...
Free Ebook: Culinary Travel in Peru Culinary Travel in Peru: The Best Food and Drink and Where to Find It With three Peruvian restaurants included on the prestigious 2015 World’s Best 5...
Aracari launches The Peru Food Guide, second edition. Today Aracari Travel are proud to launch the second edition of The Peru Food Guide – the ultimate culinary travel guide across the Peruvian Pacific co...
A Guide To Unique Peruvian Crops Peru is one of the most coveted culinary destinations in South America - and the world over. As Peru’s restaurants serve up more and more memorable di...
Aracari Conversations: The May Highlights The last month has been a turbulent time for many around the globe, not least the travel industry. Under lockdown, we at Aracari have evolved how we c...
Tags: culinary travel Peru culinary travel Peru food travel things to do in cusco
Previous postLas Pallas Christmas Display Dazzles with its Array of Peruvian Handicrafts
Next postColegio Sol y Luna, Supporting Education in the Sacred Valley