Qoyllur Riti, the Celebration of the Stars 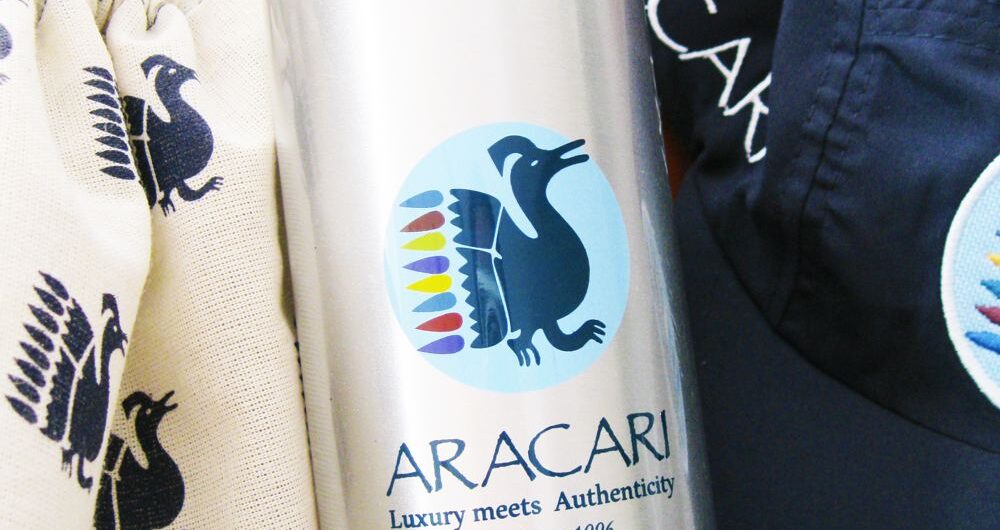 Each year on days leading up to the full moon before Corpus Christi, the remote Sinakara Valley on the north face of Ausungate transforms from a desolate, icy no-mans-land to the final destination of a rigorous pilgrimage and the site of a festival known as Qoyllur Riti.  As many as 50,000 people take part in the world-renowned pilgrimage, hiking many miles to reach this valley located at almost 15,000 feet above sea level and gathering on the mountain slopes to take part in the celebrations.  This year the festival’s main events will take place on May 27th. 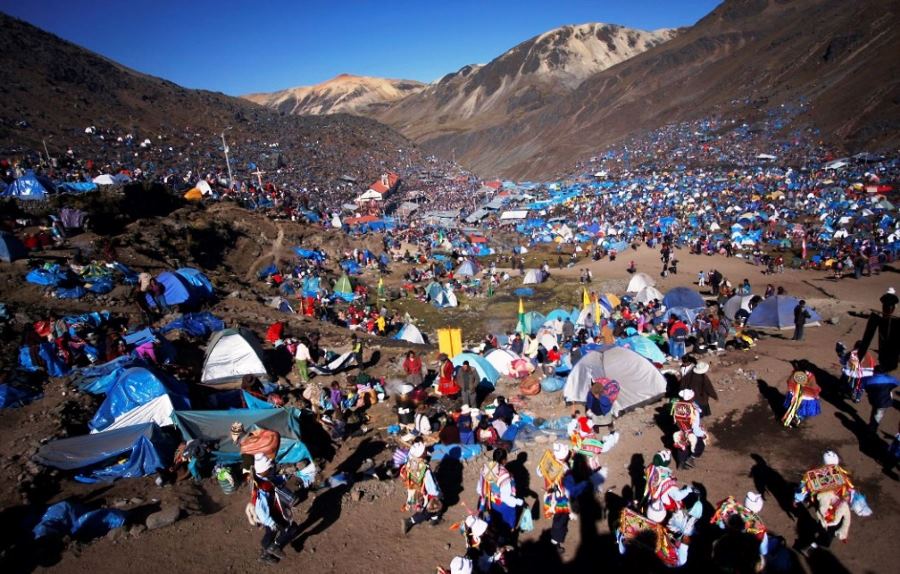 Qoyllur Riti, like many other Andean festivals, is a syncretism of Catholicism and traditional Andean beliefs.  The Church’s official stance is that the history of the celebration dates back to 1780 when an image of of a small mestizo boy eventually revealed himself to be Jesus Christ to a young Andean child in the area. However, the Andean people who preserve this tradition had been doing so for many years before the invasion of the Spanish and Catholicism, so for the local decendents of the indigenous population, the festival was oringinally a celebration of the stars.  To this day, Qoyllur Riti combines and celebrates both the Catholic and Indigenous aspects.  The festival takes place during a time period when the Pleiades constellation disappears and reappears in the Southern Hemisphere, signaling the transition to the upcoming harvest.  As is the case with many celebrations throughout the Andean region, images of Christ,crosses and other Christian symbols and beliefs mix with pre-columbian traditions, music, dance, and clothing to create these unique, amazing celebrations.

Families of pilgrims from all over Peru make the trek to this sacred ground to pray for good health, a new car, a son, or whatever it is they would like to come true the following year, as it is believed that if you act out your dreams or pray for them at Qoyllur Riti, they will come to fruition.  People are divided into nations – separate groups with distinct traditions, dances, and leaders. Troupes of musicians and dancers dressed in various costumes, each symbolizing different mythical characters, perform elaborate dance-offerings long into the night.  Each nation selects a ukuku, or half-man, half-bear mythical beast, to scale the peak of the mountain to dance with the gods and return with glacial ice said to have healing powers. After the ukuku’s return, a final mass and procession takes place before the festival-goers begin the treks back to their villages. Check out our Festival Calendar to incorporate one of these spectacular Andean festivals into your trip to Peru.

Raul Varela – the face of Aracari customer service As Aracari reflects on 20 years of offering bespoke luxury trips to Peru, Bolivia and the Galapagos, Danielle speaks to Raul Varela, the company’s lon...
Lucia de la Puente stands tall amongst Lima art galleries Earlier this week, I had the opportunity to sit down with Lucia de la Puente for an inside look into the life and work of this highly-regarded gallery...
Macaw Project at the Tambopata Research Center A short boat ride from the Tambopata Research Center, a jungle lodge eight hours upriver from Puerto Maldonado, lies the largest known macaw clay-lick...
A tour of Machu Picchu – A Virtual Visit on Winter Solstice With Aracari, traveling in Peru often includes a luxury tour of Machu Picchu – especially for those guests vacationing in Peru for the first time. Whe...
An Insider Art Experience at Casa Jaime Liébana For art aficionados visiting Lima, Aracari’s special-access visit to the workshops and home of Lima’s renowned family of artists, the Liébanas, is an ...
The Opening of the MALI Permanent Collection This Wednesday afternoon, there was no lack of diversity amongst the crowds at Lima’s illustrious Museo de Arte de Lima (MALI, for short), one of the ...
Tags: luxury travel peru Peru
Previous postA Private Visit with Sculptor Patricia Olguin
Next postUnraveling Inca mysteries with renowned explorer Peter Frost