An Evening at a Peña on Día de la Canción Criolla 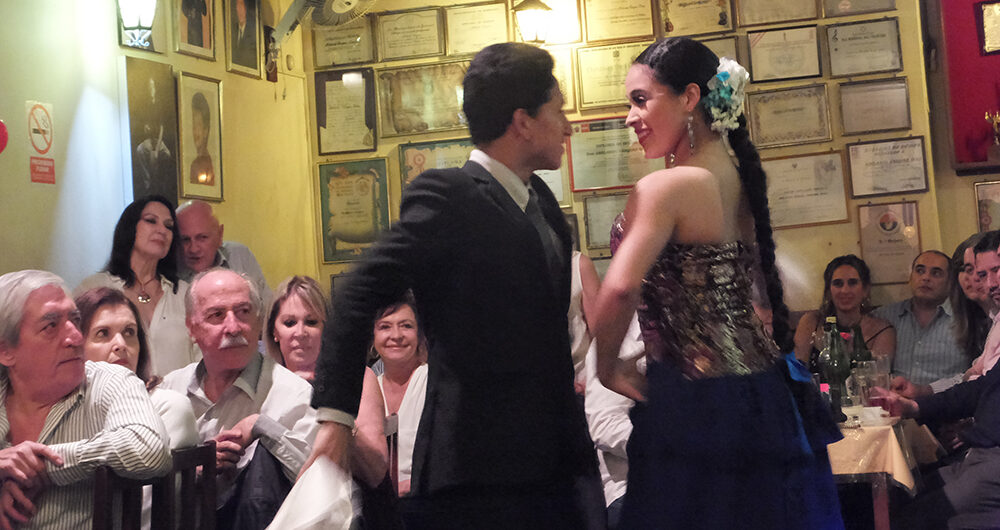 The last week of October rolled around, and I still didn’t have Halloween plans. I had been living in Peru for about two months and, though I already had a great group of friends, nobody seemed interested in celebrating Halloween.

“What are you guys going to be this year?” I asked them eagerly, hoping to brainstorm a group costume as I had done with friends in years past.

“Peruvians,” they replied, laughing, completely apathetic to a holiday so celebrated stateside.

Halloween is gaining popularity in Peru, especially amongst the younger generations, but it coincides with the el Dia de la Canción Criolla, or Creole Music Day. The holiday was created in 1944 by then-president Manuel Prado y Ugarteche to celebrate the diverse array of music Peru has to offer.The day is still strongly connected with Peru’s cultural identity, as evidenced by the rampant virality of Marca Perú’s celebratory video. So, devoid of spooky plans and eager to experience Peruvian culture to the fullest, I chose instead to accept an invitation to a peña.

The peña, a staple of Peruvian culture, is a musical venue with a house band that plays creole music. The peñas exhibit a range of professionalism; some are even held in the musicians’ homes. The music also varies in style, from the almost waltz-like dance from the colonial past to the thumping afro-Peruvian beats of Lima’s outskirts. As the band plays, people dance, occasionally resting to breathe, listen to a slower numbers, or watch professionals demonstrating dances from throughout the region. Some peñas are open to the public, and for others you need to be on a list. 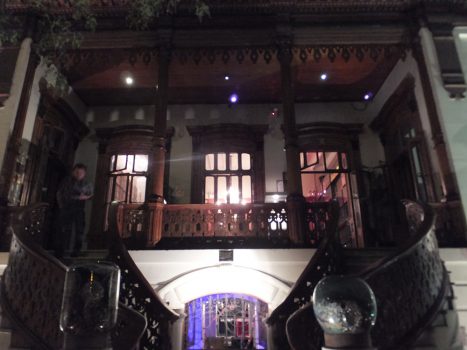 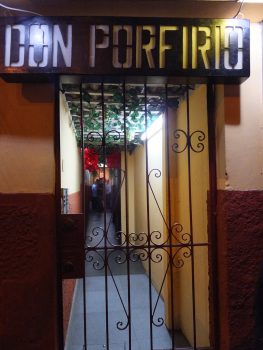 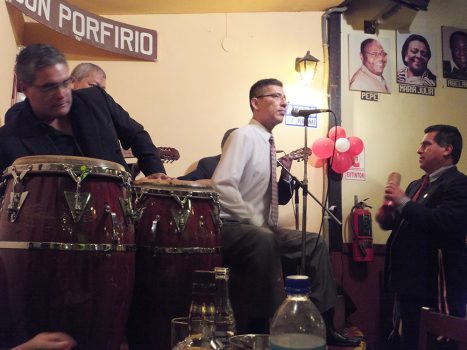 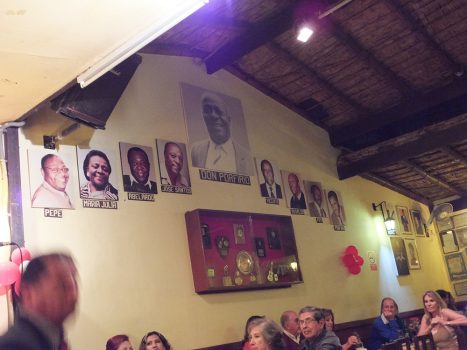 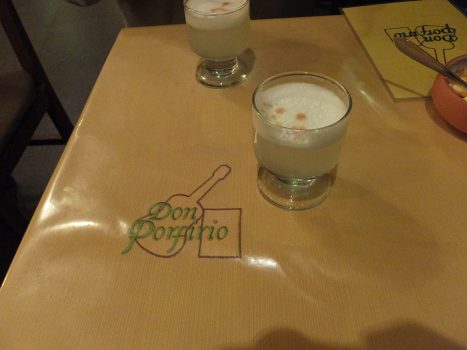 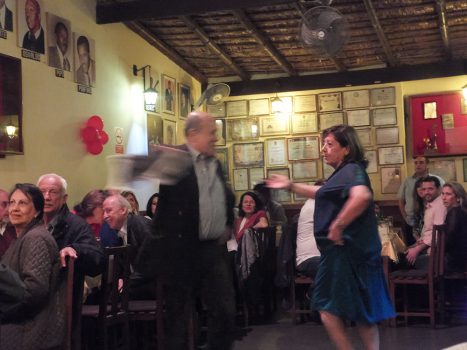 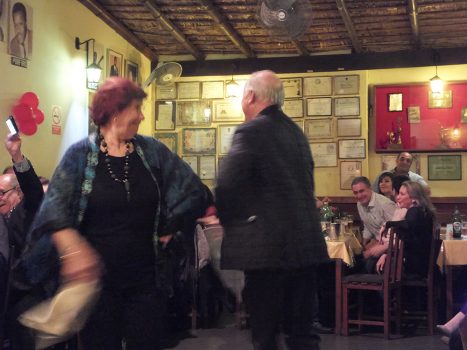 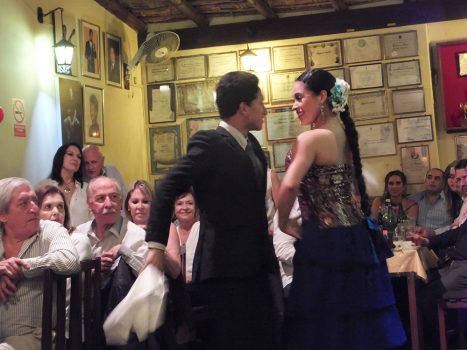 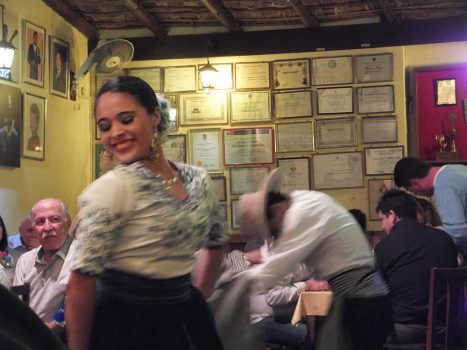 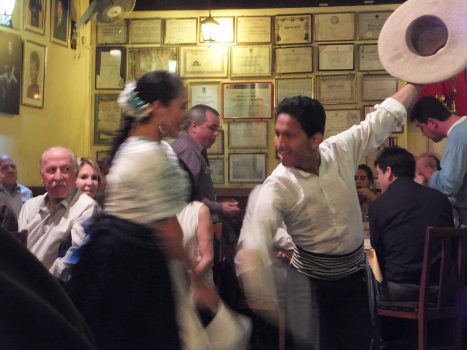 One of Aracari’s specialist guides, Ronald Elward, has the connections at some of the best peñas in the city. I accompanied Ronald, our friend in the city Bruce, and journalist Stanley Stewart for a peña at Don Porfirio’s in Barranco, Lima’s art district, as part of Aracari´s Afro-Peruana Night. We started the night with drinks at Ayahuasca Bar around the corner. The cocktails at this classy Lima locale are delicious and filled with classic Peruvian flavors. Between the four of us, we had pisco sours with aguaymanto, tuna, and lúcuma. The atmosphere of the venue was sophisticated with a hint of rustic flair, and Ronald had a wealth of fun facts about the edifice itself. We all spoke about Peruvian politics for a considerable amount of time as we got to know each other. After about 45 minutes, we left Ayahuasca and walked to Don Porfirio’s, through about six blocks of twilit Barranco.

Don Porfirio is a prestigious, exclusive peña, so Ronald had to demonstrate to the doorman that we were all on the list of that night’s attendees. After passing through the threshold, we were served a pisco sours and handed menus replete with classic criollo dishes. We had all already eaten, but the plates looked delicious on other people’s tables and filled the room with a warm, spicy aroma.The venue itself definitely felt authentic, but with polished edges. The room was filled with tables surrounding a small dancing space and stage. The walls were decorated with pictures of the eponymous Don Porfirio’s family and the numerous awards the peña has accumulated over the years. Only one person was dressed for Halloween — a man who wore a Batman mask along with his best dancing suit.

The crowd was lively in the spirit of the holiday. The selection of songs was diverse, ranging from simple waltzes to afro-Peruvian jams. The crowd sat and listened for some songs, but most of the evening people were on their feet dancing along with an astounding level of elegance. The audience was older, and the peña’s heydey has perhaps past, but there were a few younger groups that joined later in the night that gave me hope for the institution’s longevity.

Ronald is an encyclopedia of Peruvian culture, and Bruce had some excellent anecdotes. At one point, an older, redhead woman stood up to dance and Bruce exclaimed “Wow, she was the national marinera champion in the 80’s! I recognize her face!” I marveled at the way this older woman could move her hips while maintaining the elegant posture classic of the marinera style.

Around 1:30AM, Bruce and I were exhausted. We headed home, though Ronald and Stanley stayed until around 2:00AM, still captivated by the music. When head hit the pillow, I began dozing off with the sounds the cajón drums still pounding in my ears, realizing that I had forgotten to miss Halloween at all.

For a fun and educational night out for energetic travelers looking for a crash-course in Peru’s criollo music and dance scene, contact us at travel@aracari.com for more details on this experience.

The Best Fine-Dining Restaurants in Bolivia Bolivia has become one of the most exciting culinary destinations in the Andean Region. Creativity and innovation are leading the charge, with world-f...
Whale Watching Peru Check out Aracari founder and CEO, Marisol's, experience whale watching in the Northern Peru Beaches of Mancora, here.  Whale Watching Peru: The ...
Environmentally Friendly Travel in Peru: Aracari’s Water Bottle ... At Aracari, our passion for delivering unsurpassed travel experiences is as strong as it is for promoting and protecting the communities and destinati...
Sacsayhuaman Ruins: Things to do in Cusco When travelers think "Inca," their minds immediately rush to images of Machu Picchu, the iconic ancient archaeological complex isolated amongst the An...
A Gourmet Experience at Casa Aliaga in the midst of Colonial Lima It was on a Thursday evening that my colleagues Mark, Maria Julia and I found ourselves walking along the Jirón de la Unión in the center of Lima, loo...
25 Years of Las Pallas, Arts and Crafts in Barranco Aracari's Weekly Insight by Simon The Question: Which arts and crafts shop in Barranco is celebrating its 25th anniversary this weekend? The...
Previous postMeet Our Guests
Next postHow to Manage Altitude Sickness in Peru