Coca has been consumed by natives of the Andes for thousands of years, estimates range from anywhere between 4000 and 8000 years, since the area was first inhabited. The leaves can be brewed into a beverage with hot water, though the most common form of consumption is directly chewing the leaves.

No matter the number, the fact remains that Coca is embedded as a significant part of Andean tradition. The Inca’s referred to it as “the divine plant”, partly given its quality to greatly enhance the strength and productivity of those who chew the Coca leaf. 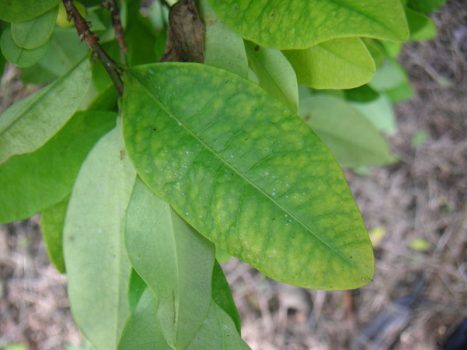 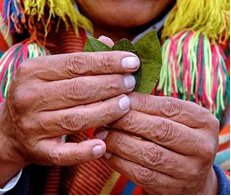 In an often harsh environment and at the high altitudes of the Andes this stimulant was absolutely necessary for partaking in often exhausting tasks. Inca messengers, for example, would chew on the leaf before running excruciatingly long distances along the extensive Inca road system, while coca would allow labourers to enjoy increased strength and energy, to work throughout the day and benefit from a reduction in hunger pangs.

Playing such an important role in everyday work, Coca was revered as sacred and vital in Andean belief. On Aracari’s Mystical History Tour, our guests will be able to see the religious significance of Coca first-hand in an authentic experience with a genuine Shaman. To this day the plant is honoured and blessed in ceremonies enacted by religious men: Coca plays a key role in appeasing the gods, asking them for advice and as an offering to the gods and the mountains to help the cycle of Andean life to continue One cannot do justice to this concept in a mere paragraph, so you’ll just have to come on the tour and witness this ceremony with your own eyes.

Upon first arrival to Peru, the Spanish tried to prohibit consumption of Coca due it being a part of what they considered to be heretic and heathen native worship and against the word of God, and not to be understated because it appeared to give natives seemingly supernatural strength. But they soon found that they could not ban the plant outright; without the aid of Coca their newly acquired indigenous labour force could not work nearly as long hours nor with as much energy or resistance to the harsh environment, and it thus became necessary for Spaniards to encourage its use with miners of valuable precious metals, for instance.

Nowadays efforts to ban Coca are ever more vociferous and violent because of the huge popularity of an illegal narcotic obtained from the plant. Nevertheless, safe and traditional consumption of Coca in the Andes continues, and there is strong reaction against those who cultivate the plant for non-altruistic purposes. You can enjoy a cup of Coca tea throughout cafés in the Andes, and it is indeed the best way to combat adverse effects on the body wrought by high altitude, a concern of many of those who travel to Peru.

And the only company permitted to trade Coca internationally? Though not used in the same quantities as when the plant was a major ingredient and stimulant in their popular soft drink (so much so that the brand name is actually directly derived from the plant), Coca Cola still use a minute quantity for flavouring and so are exempt from laws designed to prevent trade of illegal narcotics.

Highlights of the Sacred Valley Peru Once overlooked by tourists as just a stepping stone between Cusco and Machu Picchu, nowadays the Sacred Valley Peru is truly a destination in its own...
Better than in the movies: Chachapoyas & Hollywood Kuelap sits leering overÂ the dreamlikeÂ clouds of the Peruvian high jungle. When you are there you feel as though you've been let in on a secret and ...
The Best Luxury and Boutique Hotels in Lima There are many places to stay in Lima but at Aracari we only work with the finest boutique and luxury hotels in Lima. Today we’re sharing some of our ...
Lima Cooking Class: Lima With Zest with Top Chef Penelope The country’s capital city Lima proudly lays claim to being the ultimate food mecca in South America. In Lima you will find 4 of the World’s Top 50 re...
The Inca site of Pisac Pisac Ruins Pisac ruins is one of the highlights of the Sacred Valley. The Inca site of Pisac is well-known for agricultural terracing, which sweeps ...
Queuña Raymi: Planting Trees in the Sacred Valley to Alleviate Climate... The much talked about United Nations Climate Change Conference 2014 begins next week in Lima. In anticipation of this important 12-day event, our frie...
Previous postTwo Brand New Boats Taking Luxury Amazon Cruises to new heights in 2011
Next postThe Lord of Sipan – Peru’s Moche Route