The role of ‘the Incas’ in their Inca Empire 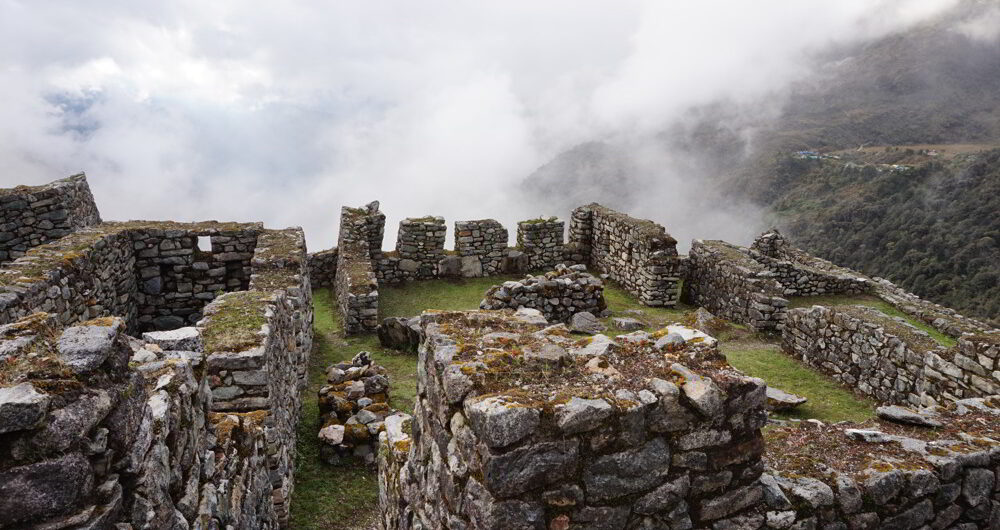 The Incas are famous the world over today thanks to the bucket-list prestige of Machu Picchu. Expert stonemasons, engineers and rulers, in only a few short years they managed to achieve more than many cultures before them had acheived in far more time, until their demise with the arrival of the Spanish conquistadors.

Much like the Pharaoh in Egypt, «the Inca» is the name referring to the single ruler of the Inca empire, rather than referring generally to all the people who lived during that era. Although nowadays the word “Incas” is usually applied to all people who lived in the Inca Empire, this is technically not correct. There were in fact many ethnic groups that lived within the Empire, and the Inca and his governing class (called the «panaca») belonged to the Quechua ethnic group.

Descendents of the Sun

The Incas were believed to have been descended from the sun, which as the giver of life and energy was the most important element and god in Andean religion.  The direct relationship to the sun gave the Inca cosmic and religious significance amongst his subjects as the mediator between gods and men. This added weight to his authority over the Empire as it expanded from the Cusco region into new territories and imposed rule upon new ethnic groups.

Cusco, centre of the Inca Empire

The Incas called their most important city Cusco, meaning ‘navel of the world,’ because they believed the navel was the center of life. Legend says that Manco Capac and Mama Ocllo founded Cusco after the Inca sun god sent them to find a capital for the empire. The pair began the quest to find a spot where their divine gold scepter would sink into the ground. After the holy scepter accepted the land where Cusco now stands, Manco Capac taught the men to farm while Mama Ocllo taught the women to weave. Although today Cusco is a modern Andean community with a population of about 350,000, traces of the past still persist.

The Incan political system centered on the deification and glorification of the ruler Inca. The Incas displayed many of the most successful devices of colonial and totalitarian regimes. They avoided bloodshed wherever possible, preferring to absorb tribes into the Empire by attraction. The Incan empire imposed an official religion of sun worship throughout the empire and claimed the Inca and the royal family descended from the sun.

The Incas were outstanding stonemasons, town planners, administrators, metalworkers, weavers, potters, farmers and horticulturalists.  A great deal of their achievements in stonemasonry and architecture are still visible. The foundations of temples and buildings in Cusco are scattered around the ruin compounds throughout the region. The most famous, of course, is Machu Picchu.

The Incas were also exceptional engineers. The agricultural terracing and irrigation canals rendered arable land in the steepest terrain. Hanging bridges proved a nightmare for the Conquistadors, as it was difficult if not impossible for horses to cross them. The famous Inca trails crisscross the entire Empire, and legend has it that they made it possible for the Inca in Cusco to catch fresh fish from the Pacific daily.

More facts about the Incas

Visit the key incan sites in Peru to learn more about the Incas first-hand. Aracari arranges private, tailormade trips to Peru with expert guiding. We also have a network of specialist guides in Peru, from anthropologists, professors of history, archaeoligsts, explorers and art historians, who can accompany you to key Inca sites to unlock their secrets and bring the empire and its history to life.

Contact us today to speak to an expert travel consultant and plan a tailormade trip to Peru.

The Spanish conquest of the Incas The key to Spanish success during the conquest of the Incas Just 169 soldiers accompanied Francisco Pizarro as he campaigned from northern Peru throu...
Highlights of the Sacred Valley Peru Once overlooked by tourists as just a stepping stone between Cusco and Machu Picchu, nowadays the Sacred Valley Peru is truly a destination in its own...
An Andean Pachamanca Lunch On a recent visit to the Sacred Valley, I had the pleasure of participating in and enjoying a Pachamanca Lunch at El Albergue's Organic Farm at the ed...
The Inca site of Pisac Pisac Ruins Pisac ruins is one of the highlights of the Sacred Valley. The Inca site of Pisac is well-known for agricultural terracing, which sweeps ...
The secret of Inca Stone Masonry & Inca Walls Cusco is notable for imposing walls and superlative stonemasonry, built by the Incas, that is a highlight of Cusco city walking tours. Cusco's Inca W...
Ollantaytambo Tour: The Legacy of the Ruins Ollantaytambo (2,800 meters, or 9,200 feet above sea level) is the name given both to the Inca ruin complex sculpted into the cliff side at the northe...
Tags: Inca traditions
Previous postAracari’s Latest Peru travel guides meeting in Cusco
Next postInca record-keeping: The Khipu