Three Wise Travellers on a Trip to the Holy Land 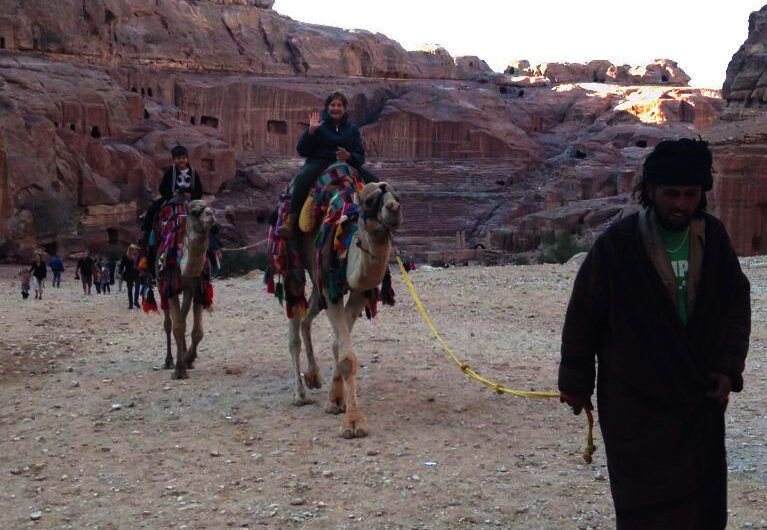 Jerusalem and Petra were always on my bucket list, but somehow I never thought of that trip as travelling to the Holy Land, the name given to the area where Jesus spent his life, which is in essence the land that is now Israel, Palestine, Egypt and Jordan.  By contrast, a trip to the Holy Land was at the top of my mother´s bucket list, so when I proposed this as a birthday present, she was delighted. As I started dipping my toes in the arrangements, I realised that there is so much to experience in the area that is not necessarily of a Christian religious nature—so much that it was rather a blessing to have a focus. Otherwise, we would have been truly torn as to what to choose to do with our limited time.

So with a clear focus,  I started planning well in advance, and  I quickly realised  that if you want a  trip with a Christian religious bias in that area, Israel  and Palestine suffice to cover  the New Testament. But if you want to cover the Old Testament sites too, you need to go to Jordan and Sinai (Egypt) as well. We stuck to the New Testament and added Jordan, of course, as Petra was key to the trip, too, and set aside the rest due to time constraints.  As an independent traveller at heart, I embarked on research, first by talking to friends and contacts, then searching on the internet and requesting advice from fellow travel professionals and specialists. With everyone´s expertise combined, and the invaluable help of Condé Nast Travel Specialist Lorenzo Urra, whose contacts on the ground (especially our guides) did a remarkable job, my mother, my 11-year-old son and I departed for our adventure on December 27th and spent twelve magnificent days in that region.

The pace of the trip was perfect for us, considering our tastes in travel and the multigenerational nature of the group. We all love to travel overland and the trip, which started in Jerusalem (four nights) and ended in Tel Aviv (one night) and was done mainly overland. Tempo is key in a trip.

Our first stop: Jerusalem. We stayed in the Notre Dame Christian Hospice, which turned out to be a great choice and was key for settling into our trip. I learned that it was also wise (and I hit this by coincidence) to start in Jerusalem because it is definitely the most dense and therefore, «toughest» part of the trip. 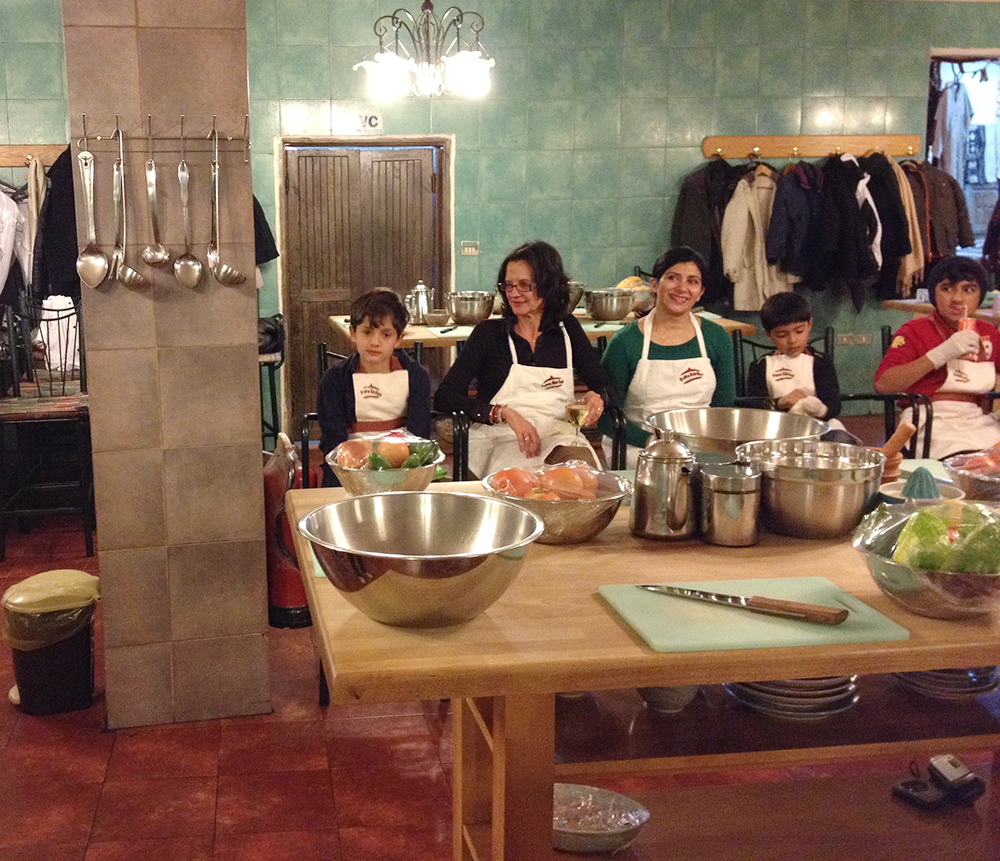 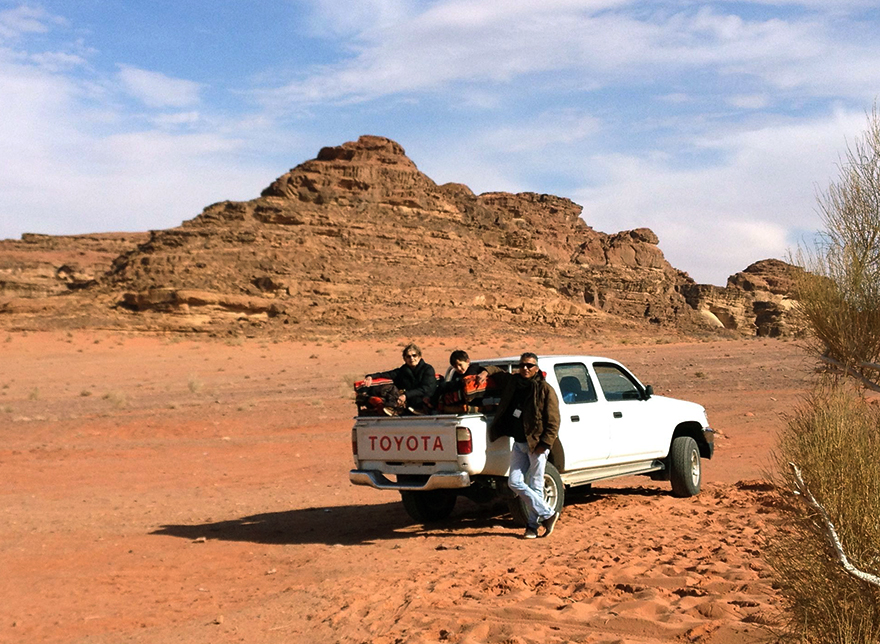 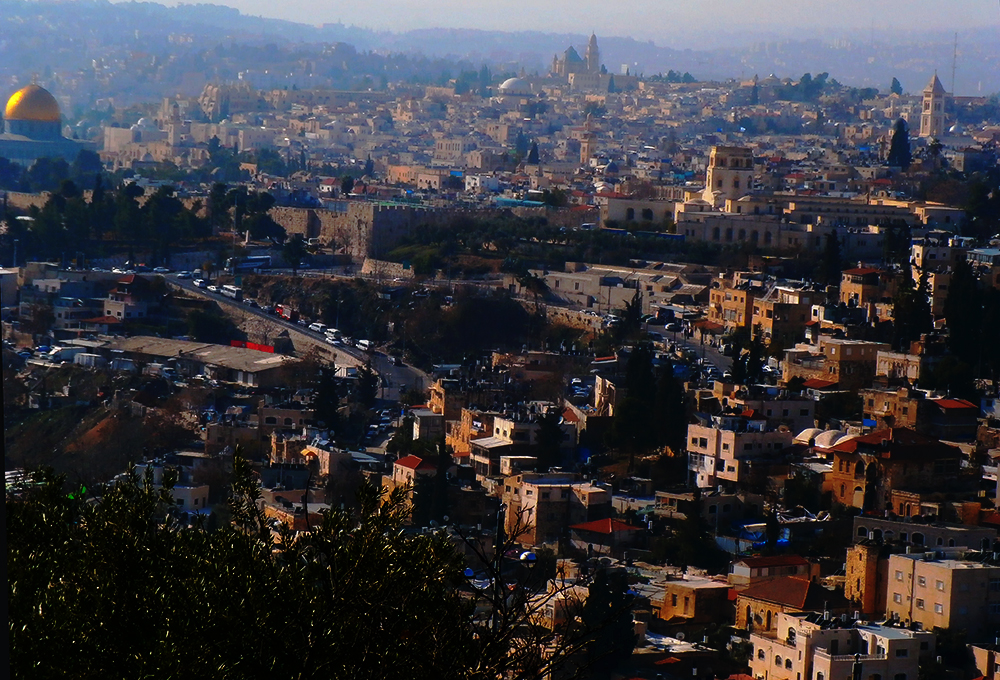 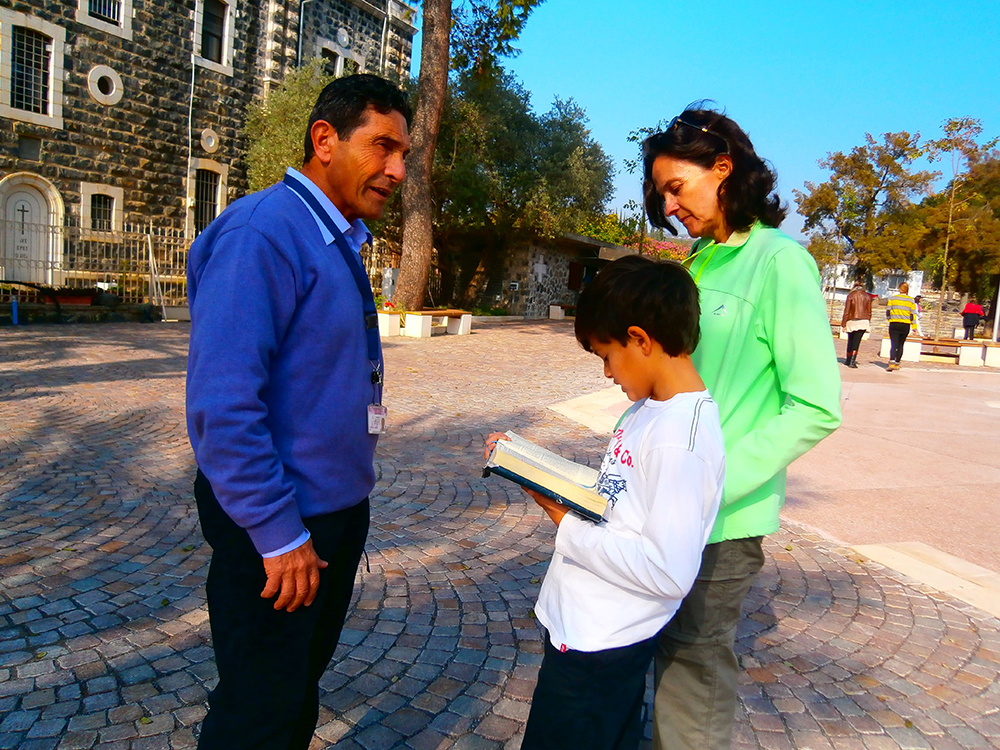 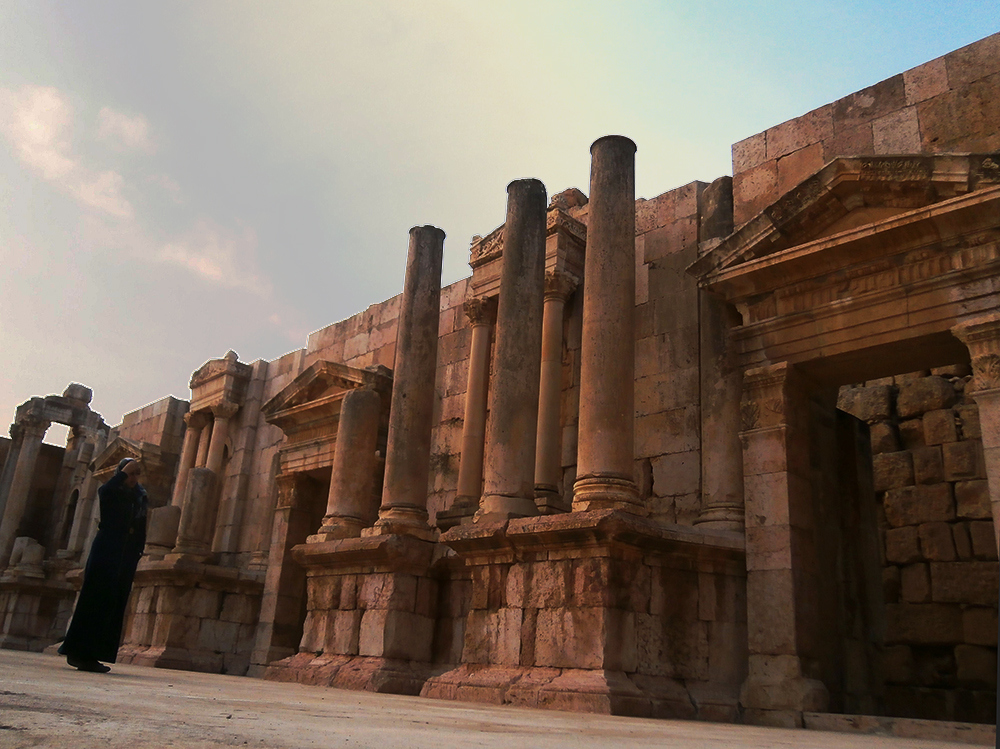 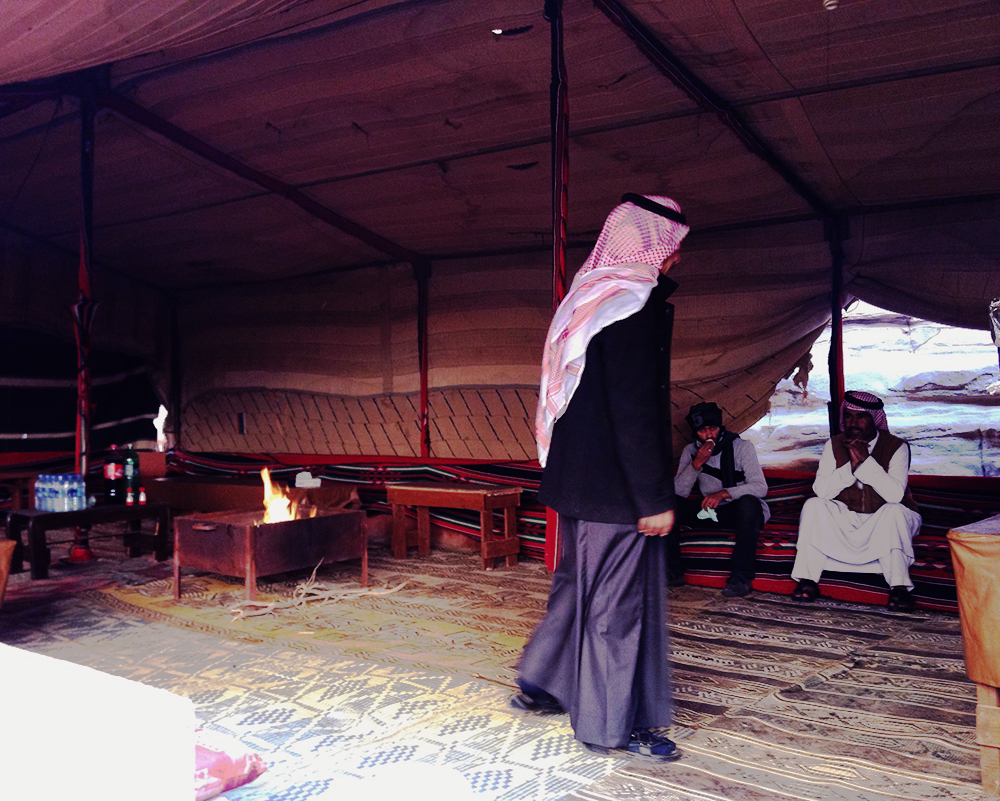 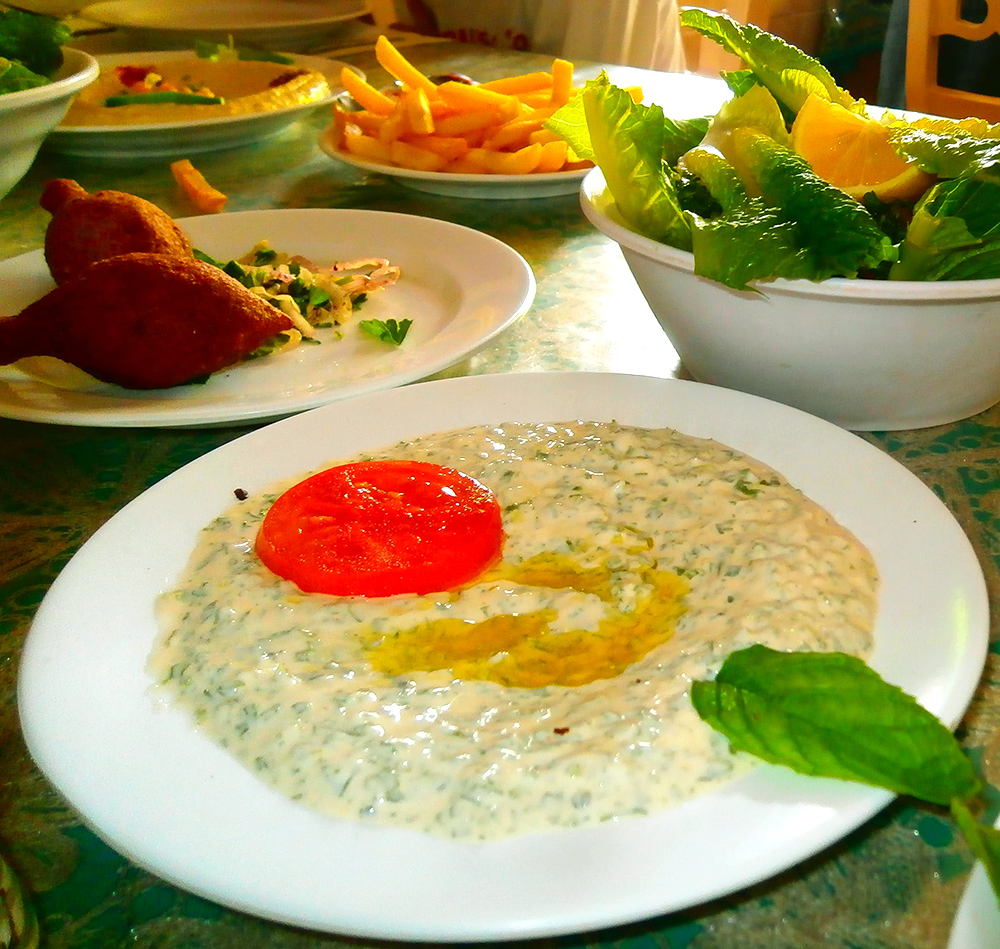 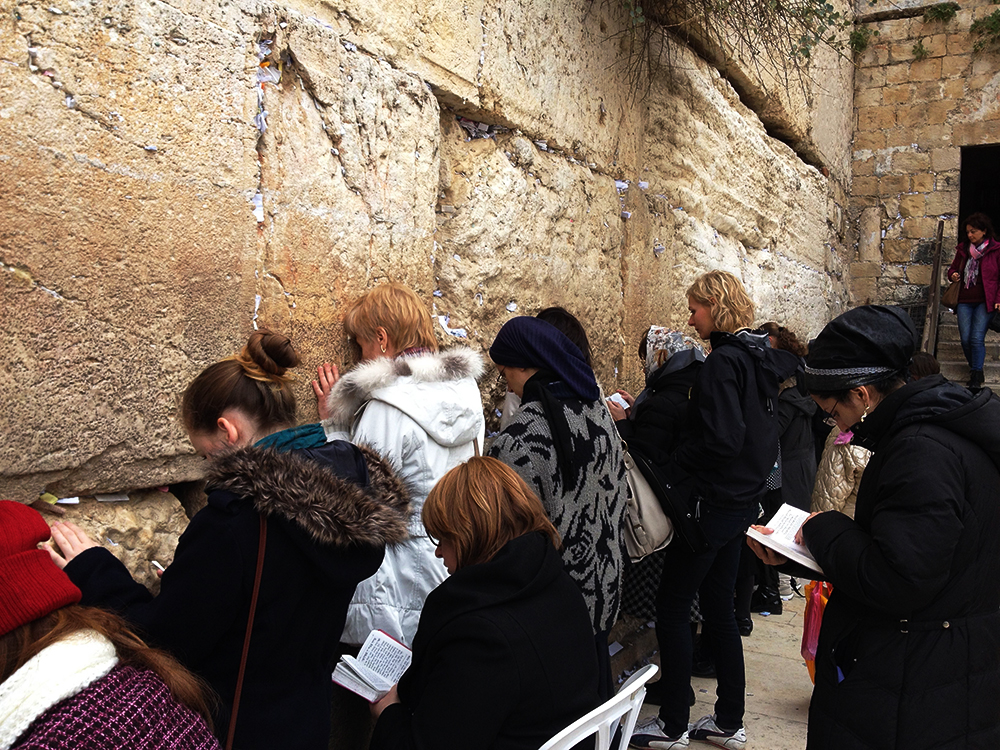 I was daunted by the magnitude and the complexity of what we would see and experience in Jerusalem and rightfully so; it is one of the most powerful places I have ever visited, with «so many emotions in such a confined place» as my friend Piotr put it. And even though I had arrived with great expectations, they were met and exceeded, and I was overwhelmed by the history, energy and emotion that city exudes.

We needed a great guide, and I have to admit that I had been worried, as I knew it would be hard to meet our expectations: somebody knowledgeable who could take us through the millennia of history, of civilisations and religions, the life of Jesus, the social and political issues…all of that plus being attentive to an older lady and entertaining a young boy. Visiting archaeological and religious sites such as the Wailing Wall, the Dome of the Rock Mosque and the multitude of churches one after the other is not exactly what a young boy would call «fun». You will agree that it is no easy task.

But Samy, our guide, did the job and how. He was entertaining, knowledgeable, authoritative, hardworking, creative. We had a very flexible itinerary in Jerusalem, where the order of visits could be moved around—a wise move. And Samy used that to the fullest, discussing with us and guessing our tastes, taking us to places before the crowds arrived, prompting us to make that little extra effort, arranging for  us to listen to mass (in Spanish)  at the church of the Holy Sepulchre the Sunday we were there (which of course blew my mother away). He prompted us to pray and sing, and he would even bring the Bible to  read short passages that related to each place we were visiting. He told stories, anecdotes and parables to the youngest member of our group that kept him going. In between our visits we stopped and relaxed, had cappuccinos and strudels at the Austrian Hospice and pomegranate juice at street stands and learned about the customs and lifestyle of the peoples of Jerusalem.

Samy  took us north by car to Nazareth and Galillee, visiting many of the sites where Jesus lived and preached. We slept at a hotel overlooking the Sea of Galilee, which was beautiful.  The next morning, the first day of the New Year, we departed on our own in a local taxi and drove for an hour to the border with Jordan via the Sheikh Hussein border. This was as wise move, as it is a lot less busy than the central and southern borders. To me this routing looked like a good idea geographically, although many acquaintances seemed worried that it was too close to currently problematic Syria.

We had been told that the service in Jordan would not be of a great standard, so we didn’t have great expectations. Again, I was hoping for a good guide, given that we would have to spend five days travelling together.  Once we met Majmoud and chatted briefly with him, we knew we were in good hands. In addition to knowing the area, the local culture and the sights, his perfect Spanish and knowledge of Spanish culture made the trip doubly pleasurable. Majmoud was always attentive, caring and knowledgeable and definitely enhanced our experience.

Jordan is gentle and friendly, and the food is amazing. On arrival we were presented with lunch: a feast of fatoosh, hummus and tabbouleh, which definitely got us in the right mood for our Jordan adventure!  We went to the archeological remains of an important the Greco-Roman city (one of the Decapolis) called Jerash, which is one of the most wonderful sights I have visited in years and not on the main tourist trail. Let´s put it this way, whoever does this trip overland definitely goes there, but most people stick to the major sights only and hop from Jerusalem to Petra and overlook the rest. For me, travel is about discovery and the most cherished memories are often of the lesser-known places. And these countries are so small and the roads are so good that an overland trip is definitely the way to go.

We slept south of Amman in a town called Madaba, which is nondescript but has some of the oldest and most remarkable mosaic work in the world. The hotel was of a low standard, but breakfast was delicious, Wi-Fi at the lobby worked like a charm and the service was so personalised and the owner and the staff so charming that it will stay as one of my best memories of the trip.  I ordered a soft drink at the lobby and the manager said with a smile, «This is free of charge. It is our welcome drink.» It was at this moment that I thought to myself, luxury is not about cost and frills but about authenticity and service. There is nothing better than being met with a genuine smile and a willingness to be helpful from people who care.  The night before we had spent five times as much at a five-star hotel, and there was not a smile in sight.

We left Madaba and drove up a hill to  Mount Nebo, from whose peak Moses saw the promised land (pretty amazing thought), visited Jesus’s baptism site on the Jordan river (also pretty amazing), and we ended in Petra for two nights. Jerusalem and Petra, for sure, were the highlights of the trip. Petra is mind boggling, and the pictures suffice.

Another home run was having a full day there. We stayed at the Mövenpick Hotel right in front of the site, making our lives easier (the hotel flow reminded me of Machu Picchu Sanctuary Lodge, with people arriving for one night and demanding everything all at once). It is a highly recommended hotel. At the enthusiastic recommendation of my dear friend Elizabeth, and with the endorsements of TripAdvisor, we headed off to Petra’s Kitchen after our visit for our much awaited cooking lesson, which was absolutely marvelous.

We bid farewell to Petra the next morning, off to Wadi Rum. After cruising on the open back of a pickup truck, seeing amazing landscapes, our last night in Jordan was spent at a makeshift Bedouin camp, Nehayeb. After a delicious dinner and cuddling by the fire, exchanging travel stories with fellow travellers, we woke up at dawn to ride camels. It was  the 6th of January—just like the three Wise Men must have done. It was bitterly cold but very worthwhile.

After a quick visit to Aqaba on the shores of the Red Sea to buy spices and nuts at the market, we dashed across the border to Israel on a swift propeller flight from Eilat to the tiny airport of north Tel Aviv, which took us to another world. In Tel Aviv the weather is mild, everything looks modern and the sun was shining amidst joggers on the boardwalk lined with cafés and restaurants. We visited the old port of Jaffa (one of the oldest in the Mediterranean) and dined at a superb restaurant overlooking the Mediterranean Sea. Thus, our wonderful trip came to an end.

All in all, it was a journey of discovery, where we learned so much, lost track of time and our daily obligations and absorbed so many things we hadn’t known. The key to success? Itinerary design and tempo of the trip, excellent guiding, well-chosen hotels and impeccable logistics thanks to good advice and good recommended reading (especially Jerusalem, by Simon Sebag Montefiore). All we had to do was relax, learn and enjoy.

Central and Astrid y Gastón Make the Cut: San Pelligrino Top 50 Restau... Restaurant Magazine's annual San Pellegrino World's 50 Best Restaurants were announced a few days ago, and we were very excited (though not surprised)...
“Food Is Life, Life Is Food” Pandemic Tales from Peru: Penélope Alzamora Whilst international travel remains largely restricted, Aracari is still bringing you inspiring tales of ...
Inca Trail Alternatives: Ancascocha Trek In this story we want to explain Inca Trail alternatives we have explored. A way to tell you our adventure firsthand. Let's go! One of the great jo...
Authentic, Ethical and Sustainable Peruvian Fashion: Silvania With vibrant and colorful patterns based on pre-Columbian art and design, “Silvinia Prints” became an institution of fashion in Lima from its opening ...
Exclusive: Arennas Mancora Opens its Doors A perfect luxury hotel in Peru The beachfront property Arennas Mancora has recently undergone a combination of renovation and expansion, and Aracari ...
Mountain Biking Sacred Valley: Adventure in the Andes I visited Cusco and its surrounding areas for the first time in November with my friend from college. Like many travelers, we immediately fell in love...
Previous postMedicinal Plants of Peru
Next postA Trip Across Bolivia with Aracari