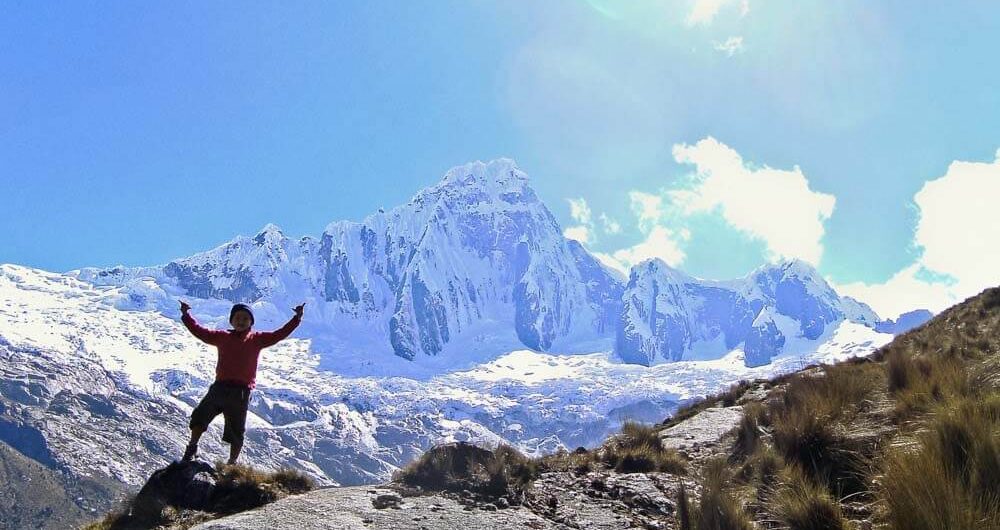 Peru adventure travel opportunities are almost limitless. The Cordillera Blanca is one of the most specatacular mountain locations in the world, with snow-capped peaks and sparkling blue glacial lakes. There are over 50 peaks that exceed 5,000 meters (15,000 feet) and you are spectacularly close to these giant mountains from the first day of any trek. Aracari’s founder & CEO, Marisol Mosquera, reports back on her experience hiking the classic Cordillera Blanca Santa Cruz trek, the most popular camping trek in this region. 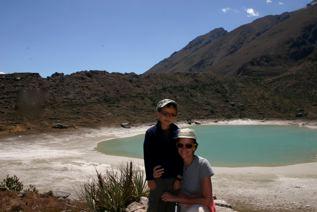 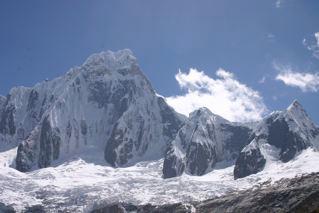 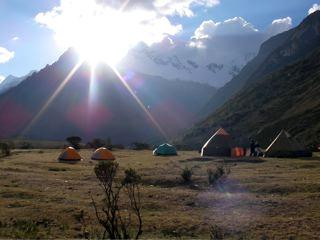 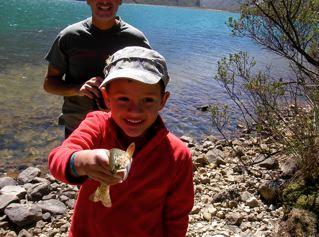 I just did the Santa Cruz/Llanganuco Trek. Conclusion: It was absolutely gorgeous. The mountain scenery in the Cordillera Blanca is to die for – it is second only to the Annapurna in the Himalayas. Being so close to those snowy peaks was absolutely out of this world. The camping was first class and the food delicious. Our staff was delightful and totally connected with my 6 year old who trekked approximately 50% of the distance (50km) and used his horse for the remaining 50%. He had his first go at trout fishing, we roasted marshmallows and swam in glacial lakes. It was sheer bliss and very affordable too.

Here you can read a detailed day-by-day account of the Cordillera Blanca Santa Cruz trek by the Aracari team.

Alternative treks in the Cordillera Blanca

The Cordillera Blanca Santa Cruz trek is just one of many Peru luxury trekking opportunities in the area. If you don’t want to camp, basing yourself in a lodge is a great way to take day hikes, such as to the spectacular glacial lagoon Laguna 69, a not-to-be-missed highlight of the area.

Check out our Cordillera Blanca trekking itinerary with day hikes based at Llanganuco Mountain Lodge.

Aracari specializes in private, tailormade trips to Peru. All of our hikes are arranged on a private basis with no fixed departure dates. Contact us for more information on visiting the Cordillera Blanca.

Preparing for a Trek in the Andes Bolivia and Peru offer up some of the most breathtaking trekking routes in the world, so it’s no wonder that an Andean trek makes it on to so many buc...
10 Ideas for your 2018 Travel Bucket List Setting travel resolutions and dreaming about where you'll explore in 2018? As the year draws close, we've put together a rundown of one-of-a-kind ins...
Active Experiences in Peru – Part One Finding action and adventure is easy when you’re in Peru. From horseback riding to cycling, mountain trekking to surfing; there’s something for everyo...
Inca Trail in Peru: 6 Unexpected Highlights Inca Trail in Peru - It's Not a Race to the Finish There are hundreds of Inca 'trails' scattered across Peru, relics of the impressive network of roa...
Exploring Colca Canyon in Peru One of our favorite places in Peru has got to be the dramatic natural beauty of Colca Canyon in the south of Peru, near to the city of Arequipa. As on...
Visiting Uyo Uyo Ruins in Colca The history rich Colca Valley is scattered with ancient ruins. One of these sites, Uyo Uyo, is an especially great place to explore the ancient cultur...
Tags: Luxury trekking in Peru peru luxury trekking peru trekking Trekking Trekking in Peru
Previous postSouth America’s hidden jewel was never hidden to Aracari…
Next postVisiting Piura Peru