A Guide To Unique Peruvian Crops

Peru is one of the most coveted culinary destinations in South America – and the world over. As Peru’s restaurants serve up more and more memorable dishes, foodies and chefs alike keep flocking to the region. This all makes perfect sense when you consider the source: Peru’s wide range of unique crops. The Peru agriculture industry produces thousands of varieties of food staples we see on our tables every day, along with all kinds of unique Peruvian crops you can only find in the region. What’s especially exciting is that Peru is a hotspot for a growing number of superfoods, known for their high concentration of powerful nutrients.

You’ll find evidence of this abundance of crops when dining at world famous Peruvian restaurants like MIL, Maido, and ámaZ. MIL, in the Sacred Valley, offers an 8-course experience with ingredients that reflect each of the eight ecosystems of the Andes. Maido, a top Lima eatery, specializes in Peruvian-Japanese fusion that draws on local ingredients. ámaZ, in Lima, serves up acclaimed Amazonian dishes. None of this would be possible without the robust Peru agriculture scene.

Here’s everything you need to know about some of the top Peruvian crops, from superfoods to must-have staples.

This hearty crop is the most-eaten vegetable on the globe. There are nearly 4,000 varieties of Peruvian potatoes. South America is where the potato first surfaced, and the crop’s history on the continent spans about 13,000 years. In the 1400s, potatoes were brought to Europe from South America, and ultimately became a worldwide staple.

A visit to a Peruvian market or restaurant will paint a picture of just how many varieties of Peruvian potatoes there are to sample, and how they can differ in taste and preparation. Some rare and special varieties in the Andes are even given as gifts for important events.

Peruvian potatoes are prized for their toughness: they can grow even in difficult soil, major shifts in temperature, and other settings that might be untenable for other crops. They’re a perfect match for the harsh climate of the Andes, and were a staple in Inca agriculture.

Peru celebrates its favorite crop at the International Potato Center in Lima, an institution dedicated to researching the potato and finding ways to use it to increase global food security. In order to raise awareness of the food’s importance, the Center invites people to Imagine a World Without Potatoes – it’s tough to imagine, isn’t it?

Oca is a colorful tuber originating in the high Andes. In its early days, this Peru crop was consumed by ancient Andean cultures, and today it’s still regularly enjoyed. It grows in vibrant shades like orange, red, purple, white, or pink.

When you first take a bite of oca, its crispy crunch might make you feel like you’re biting into a carrot – but oca is set apart by its sweetness. Oca can be enjoyed steamed, boiled, sauteed, or roasted, and is usually left under direct sunlight for a few days before eating to make it sweeter. The delightful flavor is adaptable enough to enhance both sweet and savory dishes.

Fun fact: sweet potatoes aren’t really potatoes, at least not in the scientific sense. The sweet potato, which is known as camote in Peru, is in a totally different plant family than the “regular” potato. Nonetheless, as we all know, the camote is a much-loved food around the world, and much of it is grown in Peru. In fact, camote has been depicted on historic Moche art, so we know it was an important food even in Peru’s ancient past. Camote has been grown in the country for thousands of years. It serves an important role as a main component of the iconic dish of Cusco’s Carnival, puchero, also known as timpu.

Camote grows in a wide variety of sizes and colors, and is often grown in regions like Ayacucho or the Amazon. Camote leaves are sometimes eaten as well, as they’re a good source of nutrients. 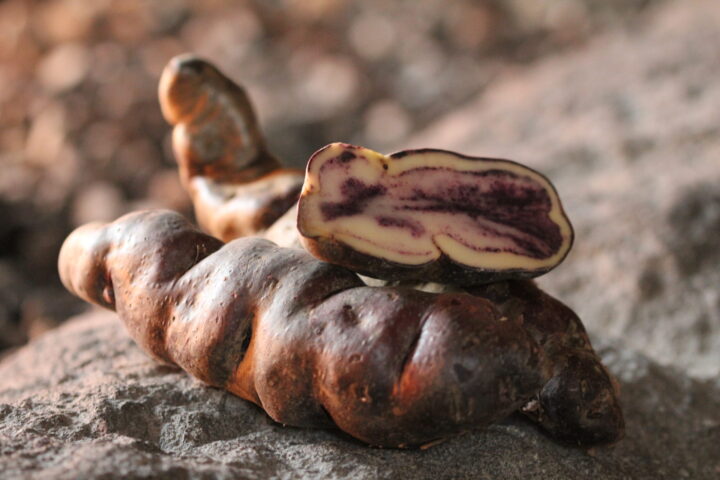 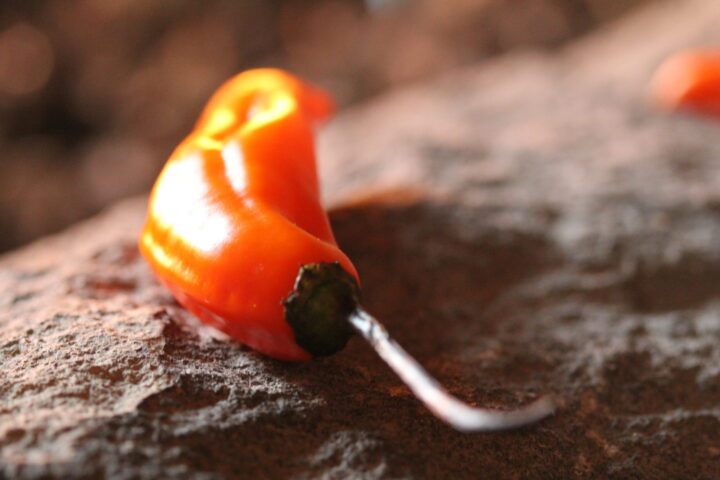 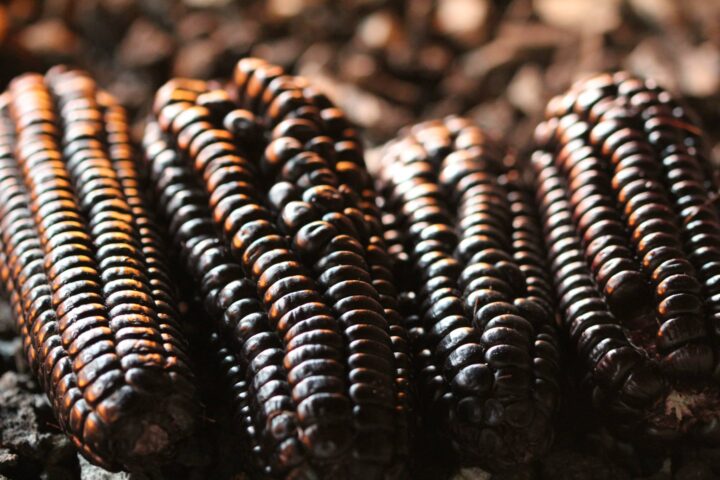 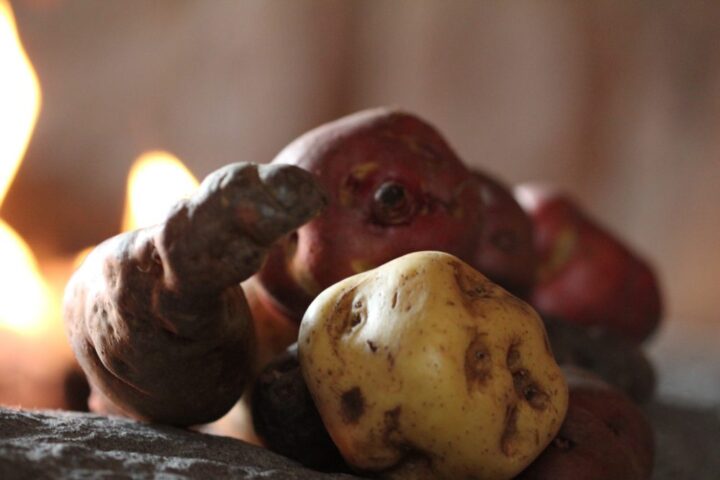 Maca is a superfood root vegetable that originated in the Andes. It’s been eaten in the region for centuries, and the rest of the world is just finally starting to catch on to all that it can offer.

The root is the part of maca that is most commonly eaten. In the Andes, maca is enjoyed roasted, in porridge, and as a baking base. The root is even used to make a beer from time to time!

Maca is an excellent source of vitamin C, iron, copper, and carbs, so it regularly pops up in health food stores. Lots of health-oriented shoppers seek out maca root powder as a supplement, as it’s believed to balance hormones.

Quinoa is another beloved superfood that is originally from Peru and Bolivia. Like many other mainstay Peruvian crops, quinoa got its start thousands of years ago when it was eaten by ancient civilizations. Quinoa is known as the “mother grain of the Inca.”

Quinoa’s high quantities of protein, fiber, iron, and potassium make it a popular grain choice around the world. It’s also the only plant worldwide that contains all of the amino acids in the human diet. Quinoa can thrive as a crop in a wide variety of growing conditions, which makes it that much more desirable to both growers and consumers. Thanks to its versatility, many anti-poverty experts believe that quinoa could play a key role in eliminating hunger around the world.

Kiwicha has long been revered across the Andes and Amazonia for its high nutritional content. Also called amaranth, this superfood originated in Peru and takes the form of small seeds that look a bit like cereal, or a smaller version of quinoa. The grain contains high levels of antioxidants, amino acids, fiber, magnesium, and many other nutrients your body needs to thrive.

Kiwicha is used for more than just your average snack. It has been grown in Peru for more than 4,000 years, and played a role in South American history. When the Spanish arrived on the continent, they banned local communities from eating kiwicha. At that point, the Aztecs had been regularly using kiwicha for religious ceremonies, and has remained an important Peruvian crop in the centuries since. 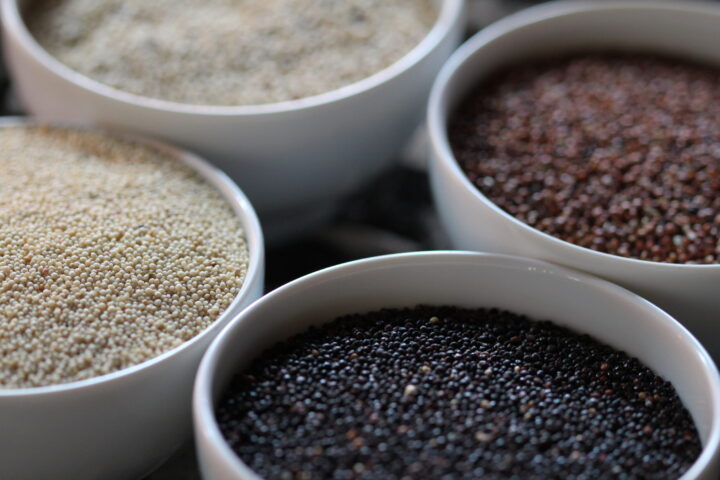 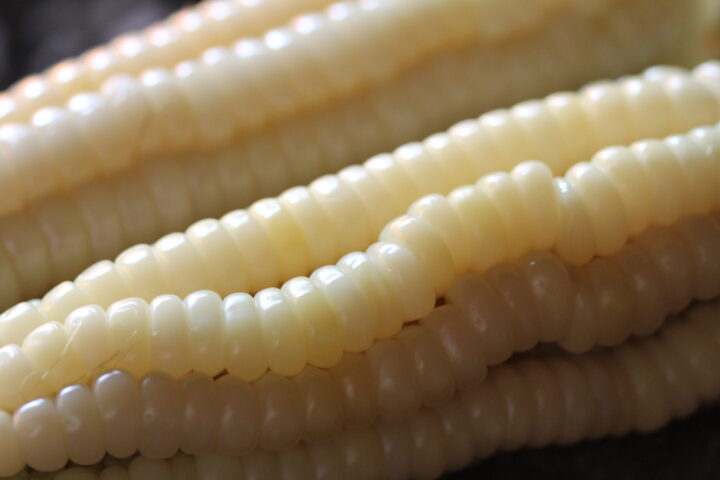 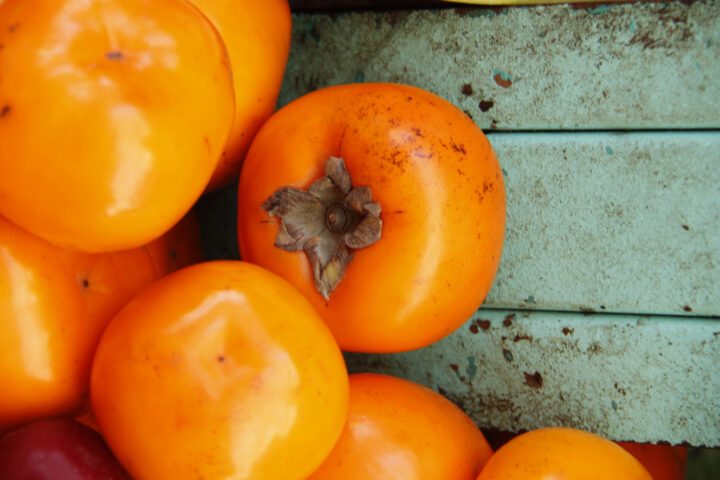 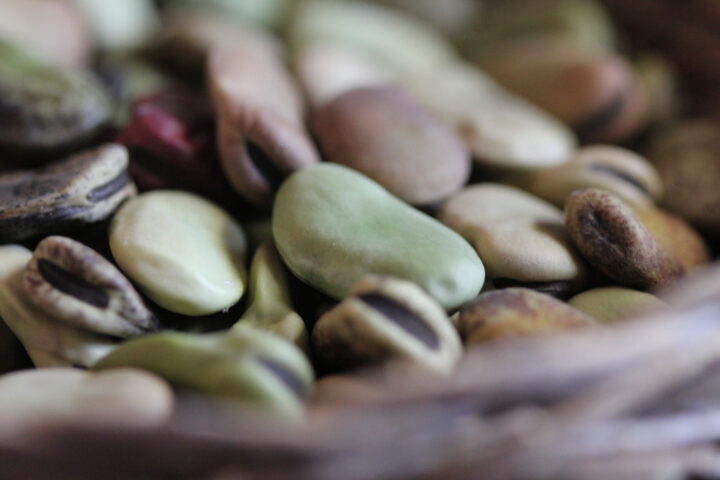 Camu Camu is another one of Peru’s many superfoods, and its nutrients are worth writing home about. The bright reddish-orange superfood grows in the Amazon, and it’s so loaded with vitamin C that it surpasses the nutritional value of oranges by leaps and bounds. Many people seek out Camu Camu in supplement form in hopes that it will help boost their immune system. As if that weren’t fantastic enough, Camu Camu is also loaded with amino acids and antioxidants.

Mashua, or añu, is a tuber harvested in the Andean highlands. Mashua is known for its lightly sweet, earthy flavor, and likely originated in Peru and Bolivia, in the Titicaca basin. The crop grows in white, yellow, purple, and red – as you can imagine, it’s pretty photogenic – and it can take on a range of different shapes and sizes depending on its growing atmosphere. Mashua is prepared baked, boiled, as part of soup, or even as a sweetened honey treat.

Other popular names for cassava include manioc and yuca. (That said, it’s important to note that yuca is not the same thing as yucca, a shrub that grows in North America.) Cassava is believed to have been a key food for ancient Andean cultures. Like camote, it has appeared in ancient Moche art, and it’s still widely enjoyed and savored today. 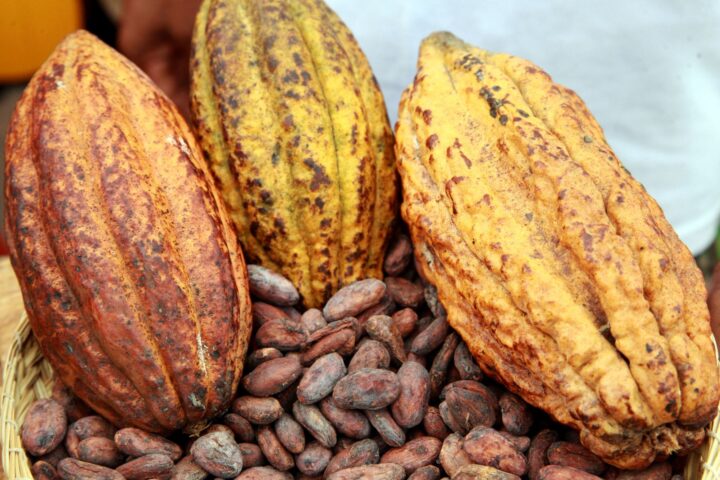 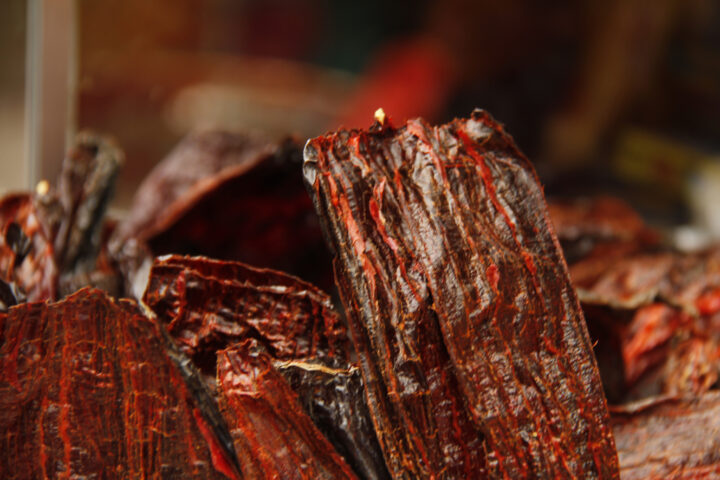 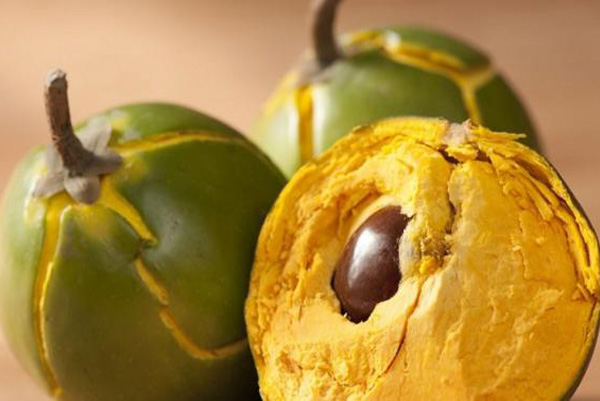 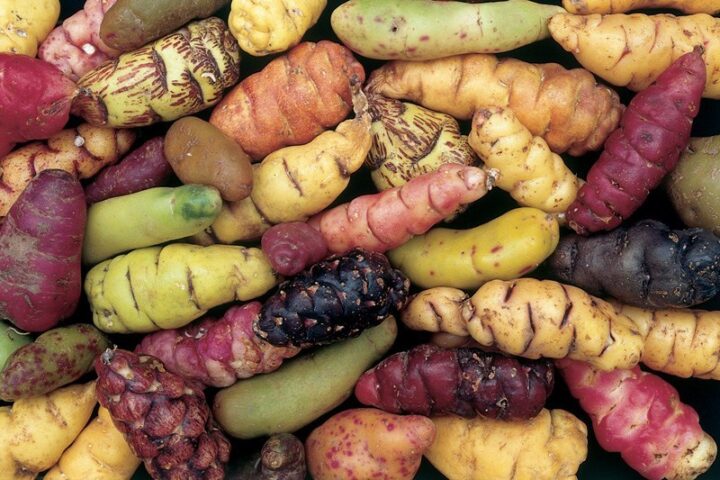 We have Inca agriculture to thank for this delectable superfruit. Lucuma is shaped like an avocado, but its pretty orange color on the inside makes for a striking difference between the two fruits. Lucuma has high levels of magnesium, potassium, calcium, vitamin B3, zinc, and beta-carotene, among many other nutrients. Lucuma is also said to have anti-inflammatory capabilities, and many people buy it in powder form for its nutritional properties. Lucuma is often used as a sweetener in desserts, but it’s also plenty delicious on its own, in its raw fruit form.

Cacao is perhaps Peru’s most famous export. As most of us know, cacao is the building block used to make chocolate, cocoa, and cocoa butter. The crop grows in seed form on cacao trees, which originated in the Amazon but have since spread to other parts of the world.

Peru is home to some of the most sought-after cacao varieties on the planet. Peru’s three main varieties of cacao are Amazon foreign, Trinitary, and Creole, all of which are key components of top-notch chocolate. What makes Peruvian cacao stand out among the rest is that the region’s varieties are considered to be of top quality. Believe it or not, most cacao doesn’t have that distinction!

Cacao grows in ten regions of Peru, including Cusco, Amazonas, and Ayacucho. Flavor profiles can vary based on the soil of each region, which makes for a whole lot of variety in your chocolate bar options. With such an abundance of cacao and centuries of growing experience, it’s no surprise that Peruvian chocolate regularly receives worldwide accolades.

Please browse our Peru with Flavour  or Classic Luxury Peru  itineraries  to see how you can discover more about the unique crops of the Andes. Contact us for further details!

An Andean Pachamanca Lunch On a recent visit to the Sacred Valley, I had the pleasure of participating in and enjoying a Pachamanca Lunch at El Albergue's Organic Farm at the ed...
My Visit to Hacienda La Caravedo in Southern Peru Hacienda La Caravedo Imagine getting to the heart of Pisco, Peru’s national drink?  Four hours south of Lima is Ica, a fertile land where succulent g...
Peru: World’s Leading Culinary Destination 2017 Peru named the World's Leading Culinary Destination 2017 There has been much talk about Peru being the “gastronomic capital of South America” and an ...
Happy National Ceviche Day! National Ceviche Day The first dish that comes to mind when most people think of Peruvian cuisine is ceviche...and for good reason.  A source of prid...
Sweet Lima. The best Peruvian desserts Lima is one of the great gastronomic cities of the world, drawing food-loving travelers from far and wide. Thanks to Lima’s award-winning chefs and wo...
A Guide To Peruvian Potatoes Among Peru’s many delicious and valuable crops, none shine so bright as the potato. This hardy crop is the most eaten vegetable in the world, so it’s ...
Tags: culinary travel food in Peru Peru food travel
Previous postInternational Women’s Day – Meet Adriana von Hagen, Founder Of Kentitambo
Next postYour Guide To Navigating The Salar de Uyuni