The View from Above: Riding the Cable Cars in La Paz, Bolivia 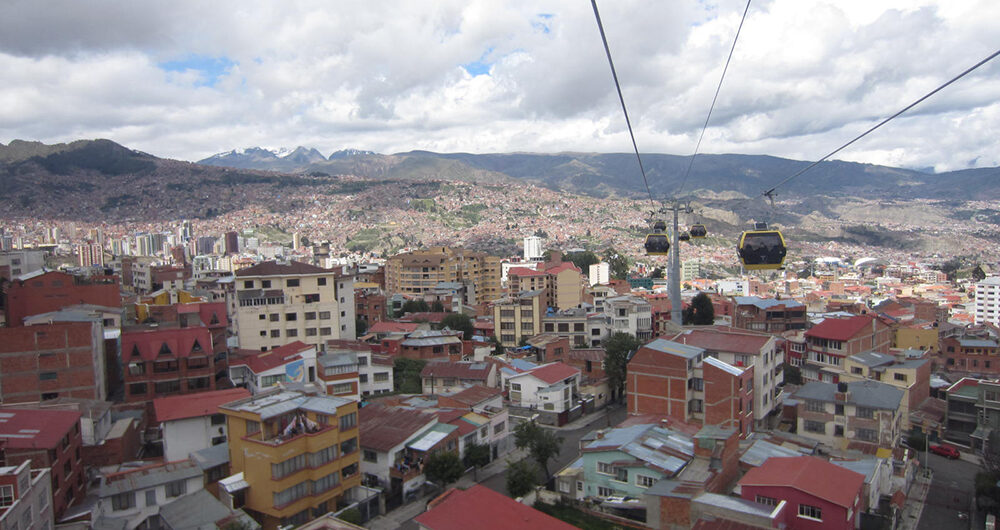 La Paz from the air

Sitting at an altitude of 3,650m (almost 12,000 ft), the cable cars in La Paz offer an unbelievable view of the city spreading as far as the eye can see, including the historic center, neighborhoods built into the mountains, and the snow-capped Andes.

Cable cars are gaining popularity in Latin America as a way to escape vehicular congestion while traveling in the city. La Paz is the latest South American city to implement a cable car system. Rush hour traffic can be especially frustrating for those with long commutes to and from work, or just anyone trying to get somewhere!

When some think of cable cars, they may think of the classic trolleys like those in San Francisco. The La Paz cable cars, called Mi Teleférico, are gondola lifts, and are actually similar to ski lifts in that they are suspended high above the city and move along a cable to transfer passengers from one location to another. Last week, April 23rd, was the first anniversary of the inauguration of cable cars in La Paz, Bolivia. It also happened to be the day when the twenty millionth passenger rode on Mi Teleférico. 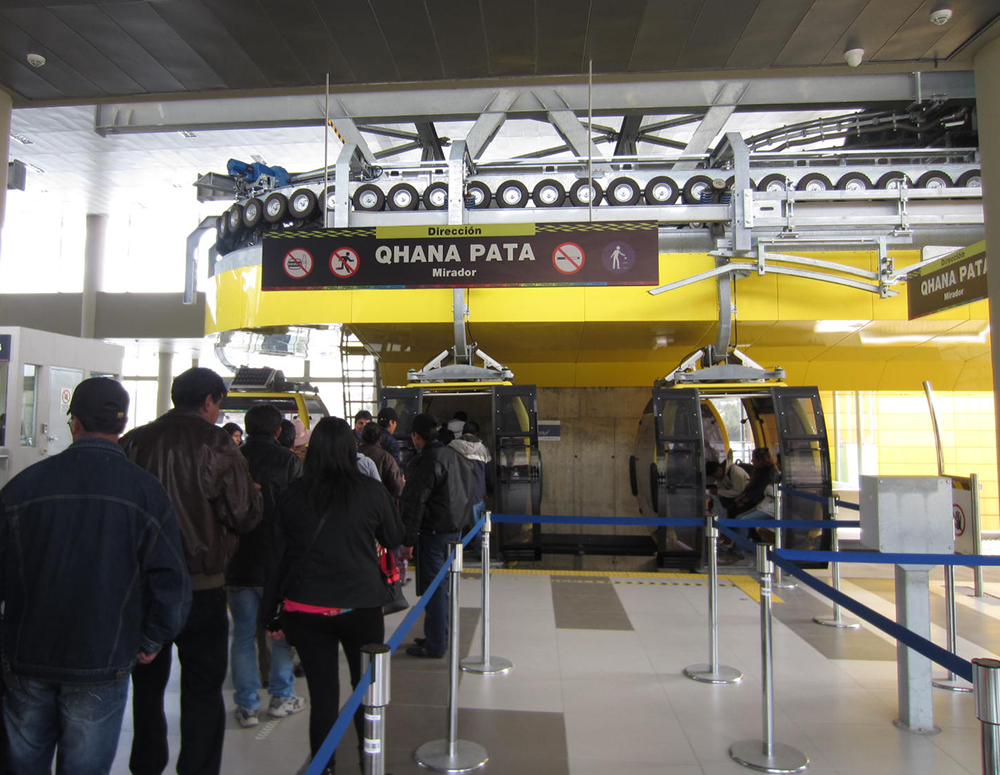 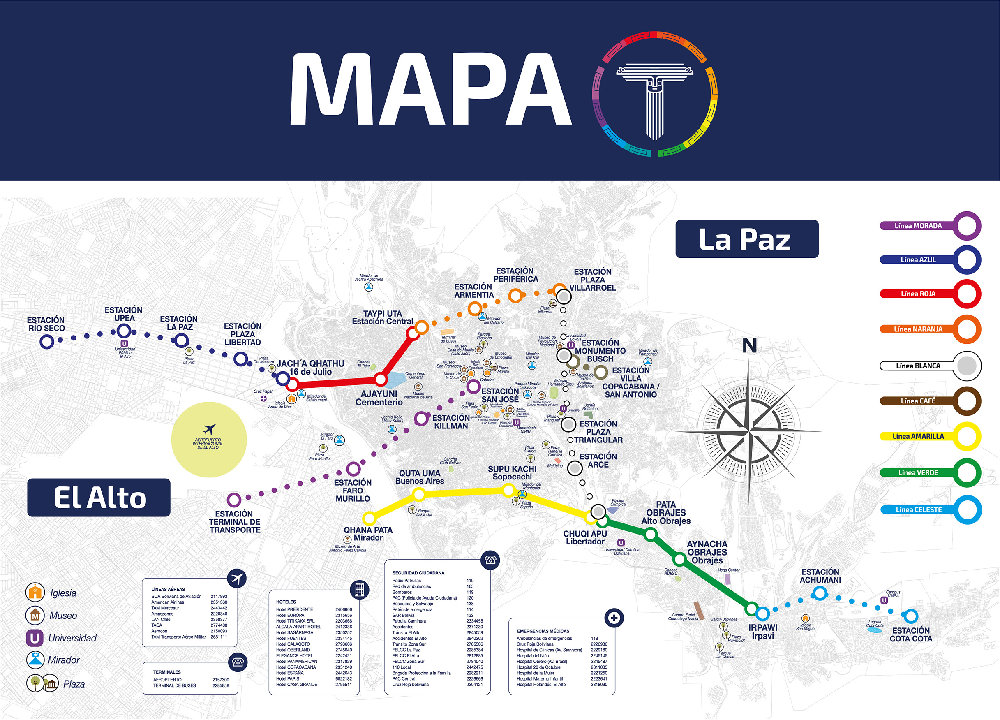 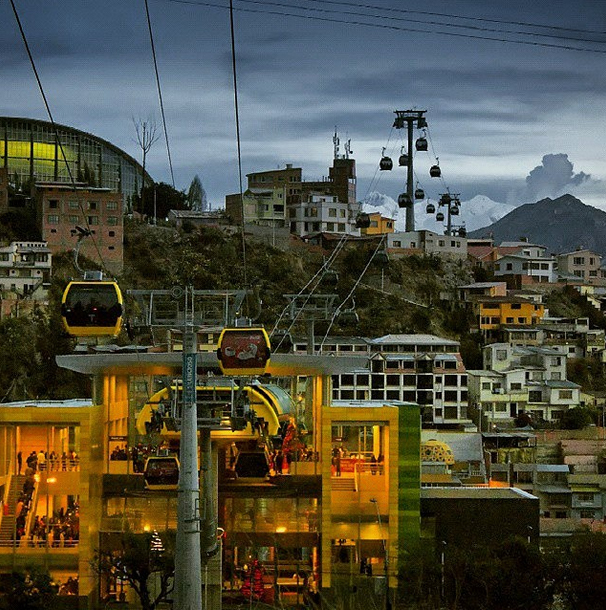 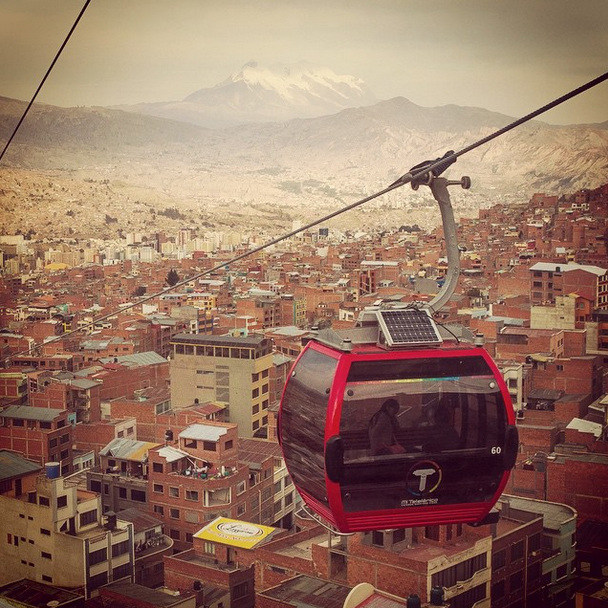 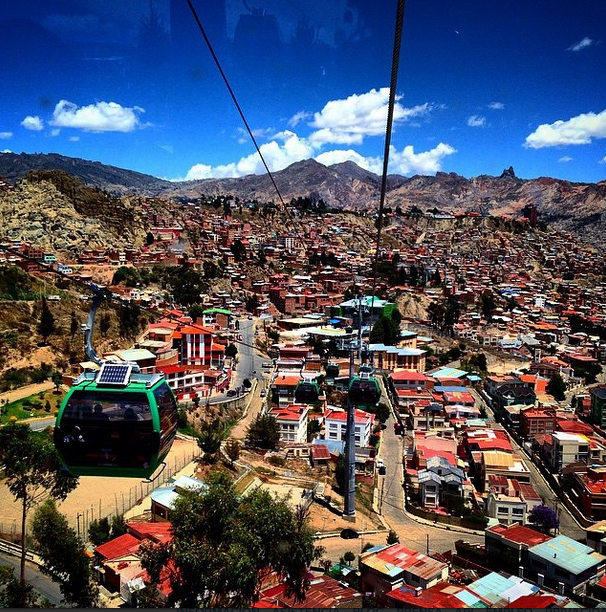 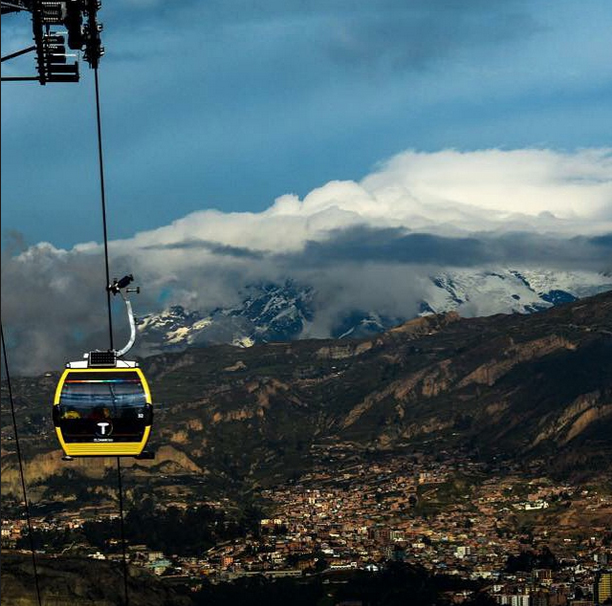 Construction of the first part of the cable car system started in July, 2012. There are currently three lines operating, the red, yellow, and green lines representing the colors of the Bolivian flag. There are 11 stations including a double station that serves as the end of the yellow and the green lines. Six more lines have been approved and are in the planning stages. The red and yellow lines connect La Paz with El Alto, a neighboring city and home of the international airport that serves La Paz. Because of the large Aymara population living in and around La Paz and El Alto, all the cable car stations have Spanish and Aymara names.

The cable cars are a great alternative to crowded buses for locals and tourists alike. They are accessible to everyone, as all Mi Teleférico stations have elevators for the elderly or disabled. Each of the 427 cable cars can hold 10 passengers sitting comfortably. Cars leave the station every 12 seconds and run 17 hours per day (5am-10pm). Mi Teleférico has the capacity to serve 18,000 people per hour. The price is reasonable and they arrive far faster than other public transportation options in the city–it takes an average of 15 minutes to get from one end of the line to the other. You can get where you’re going quickly and enjoy the spectacular view on the way!

Please contact us to arrange a city tour of La Paz including a sky-high ride on the cable cars.

Salt flats and silver: 12 days in the Bolivian Highlands Introducing Bolivia Packed with extreme landscapes and diverse cultural heritage, Bolivia is becoming an increasingly popular destination for more ad...
Aracari Conversations in June We have wonderful things happening in June. We would like to welcome you to our series of Conversations during the month of June. We have included su...
Explora Travesía Uyuni Redefining travel in the Chilean and Bolivian Altiplanos, including the Salar de Uyuni In March 2007 we suggested a visit to the highlands of south-w...
Breathtaking Bolivia – 5 Unmissable Stops Bolivia is a mesmerizing and thrilling destination for adventure travelers. It boasts some of the most beautiful and diverse scenery in the world. Tra...
Trip Report: Lake Titicaca By Marisol Mosquera Lake Titicaca experience I have visited Lake Titicaca a number of times, mostly on the Peruvian side but also on the Bolivian ...
Why Every Photographer Should Visit Bolivia and Peru In Conversation with Max Milligan : A Preview Of His Bolivian and Peruvian Photo-Workshops With Aracari We recently had the pleasure of interviewin...
Tags: alternative tour la paz Bolivia la paz la paz city tour
Previous postArt Lima 2015: 4 Days of Contemporary Art
Next postA Visit to Casa Garcia Alvarado